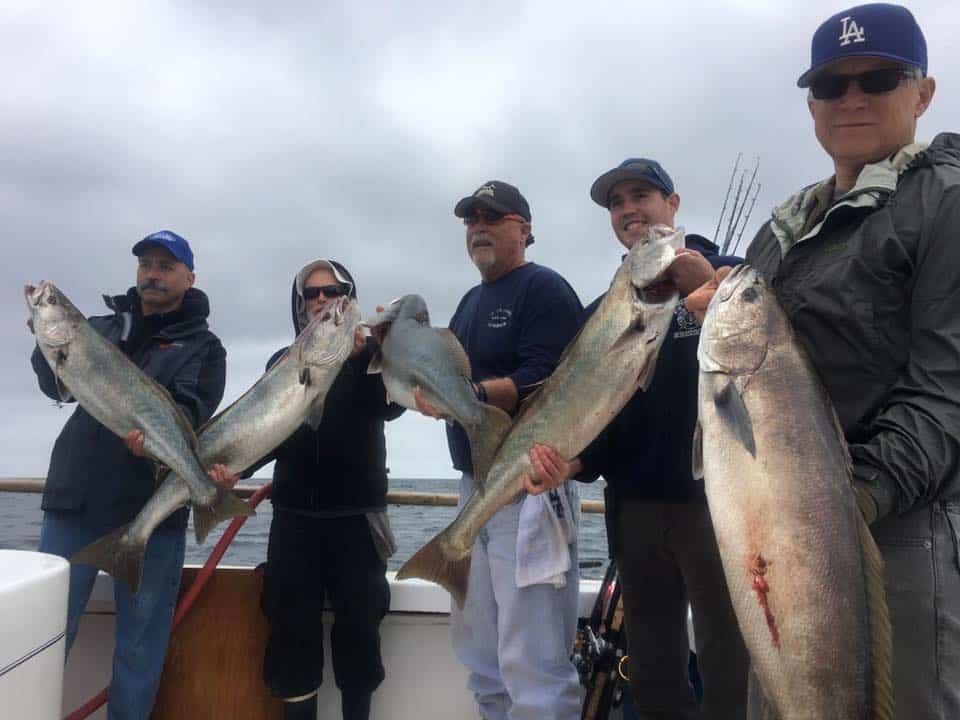 Before I get into this week’s report, I’d like to take a look at what happened to the bluefin bite after I wrote last week’s report. The tuna were biting fairly well early in the week, but the bite peaked on Thursday and Friday. This looked very promising for the guys heading out on the weekend, but Saturday morning dawned on lots of boat pressure and almost no tuna being seen or caught.

In my opinion there were a couple of factors that caused the weekend bluefin disappearance. First off, a quick check of the lunar calendar indicates that Friday night was the full moon and the fish bit best in the couple of days leading up to it. Sometimes fish will bite right through a lunar cycle with catches coming on both sides of the new or full moon, but in this case it seems like they decided to just bite leading up to it.

The second consideration is the amount of boat pressure received by the area that had been biting best. Being close to home, the zone went from seeing a couple 3/4-day boats and a handful of skiffs during the week to seeing everything from the 3/4 to 1 1/2-day fleet and all the private boaters who showed up late to the party.

Not surprisingly, the fish showed back up on Monday and have been biting a little for the guys targeting them, like the El Gato Dos who had four fish from 53 to 67-pounds. While the fishing is far from being as good as it was, the bite should improve going into the full moon next week.

If you’re a private boater and want to get a shot at a bluefin, I highly recommend going during the week.

If you don’t have your own boat I’d book a trip on one of the 4-pack or 6-pack boats out of San Diego during the next week. If the fish start biting good again, the 3/4-day boats will start catching them, but if you wait until you see tuna in the reports you’re probably going to end up going on a boat ride through a crowded zone. So, if you want fish on a 3/4-day trip, just go and hope to run into some tuna.

The San Diego based 3/4-day fleet has also been catching lots of yellowtail and the San Diego out of Seaforth Landing continues to be the high liner. Some days are better than others, but overall you’ve got a good chance at catching some nice surface iron yellows on every trip.

As with the tuna fishing, you should try getting out during the week whenever possible. Farther north, the squid has shown up at Catalina island and has made for some good yellowtail fishing. The Thunderbird out of Davey’s Locker fished a two day trip over the weekend and put the squid to work to catch 164 yellowtail and limits of quality rockfish. While the yellowtail were on the small side, there were some bigger fish landed later in the week. The squid is not a sure thing right now but the Pacific Quest out of Pierpoint Landing reported being loaded with bait and ready for their open party trips this weekend, so contact the landing if you’d like to go.

The squid has also showed up at the Channel Islands and boats are putting it to good use. The Island Tak out of CISCO’s has been on the seabass all week and though they haven’t been biting every trip, they are seeing fish on a daily basis. Look for this bite to improve going into the full moon as well. Boats not finding the seabass are reporting excellent rockfishing on the squid, which is a pretty good fall back plan.