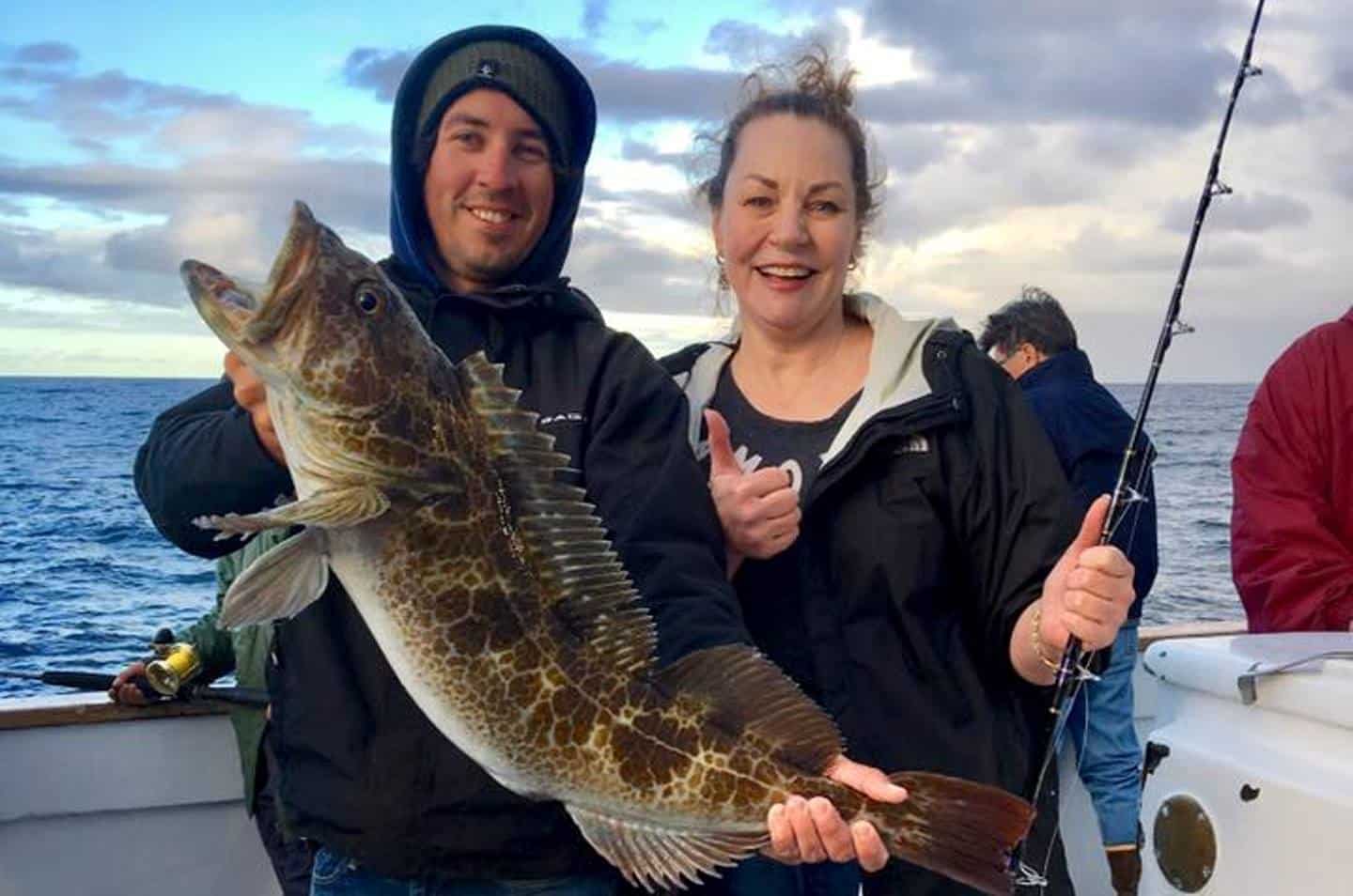 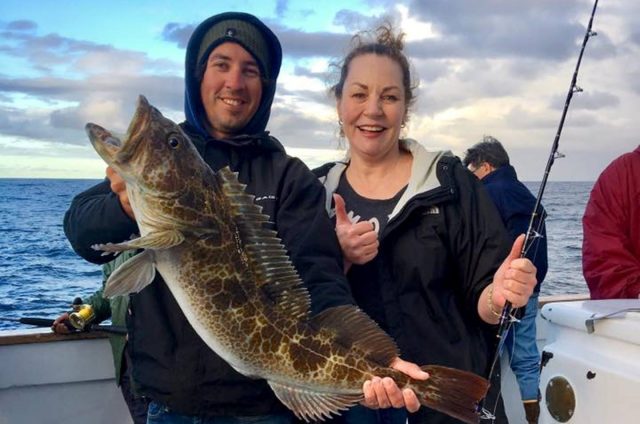 I feel the need to preface this report with a disclaimer that anything you read below is no longer to be considered current information. The massive amount of rain forecast for the weekend coupled with strong winds along our inner and outer waters are going to have a lasting effect on conditions. This being winter, I’m sure that the sand bass, sculpin and rockfish will likely bite again once the weather returns to normal, but the yellowtail bite, along with the rumors of hold over bluefin, will likely be different or gone once the skies clear. 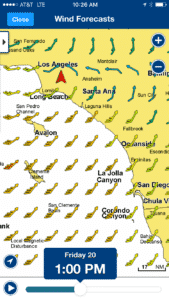 For those of you who haven’t been following the 24 hour a day weather watch on the news, its going to rain a lot. With forecasts varying between 3 and 5-inches on the coast over the weekend, there’s going to be enough runoff to negatively impact the inshore fishing. As you can see on this forecast for 1:00 p.m. on Friday, the wind is going to blow hard. Each of the little barbs coming off the arrow indicates 10 knots of wind and the little half barbs indicate 5 knots. So, as you can see it’s going to be blowing 30 to 35 knots and the wind coming in perpendicular to the dominant swell direction is going to make for some very ugly and dangerous sea states. My advice to you is to just forget about even trying to fish this weekend. At best it’s going to suck and at worst you’ll be putting your life in danger. I’m sure the coast guard would appreciate you staying home as well because they’ll already have their hands full dealing with boaters who think that gale warnings don’t apply to them. 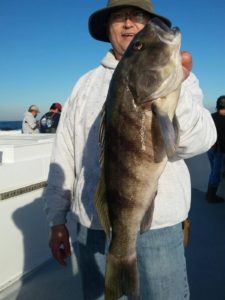 As I mentioned earlier, the bass and sculpin were biting fairly well before this series of storms. 1/2 and 3/4-day boats out of Long Beach and LA Harbor have been fishing leadhead and squid for sand bass and sculpin on some of the local reefs with good success. The Native Sun out of 22nd Street Landing had almost 50 bass for 13 anglers on Tuesday’s trip with some good sized fish in the mix. Private boaters were also catching lots of fish with swimbaits being the hot ticket. The calicos bit well at Catalina Island for Captain Gerry Mahieu on Tuesday and Wednesday. He reported steady action for his clients on the smaller Lucky Craft hard baits. Sadly the big swell is going to pound Catalina all weekend so you can expect much of the island to be washed out for at least a few days after the storms. 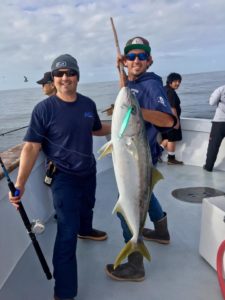 Finally, the boats that made the run to Colnett over the weekend reported good fishing with a mix of rockfish and yellowtail. The Pacific Queen and the Liberty both ran out of Fisherman’s Landing and they combined for over 30 yellows and limits of quality rockfish. Colnett is far enough south that it might not get hit too hard by these storms but it’s going to be at least another week before any boats get off the dock to make the run down there. Hopefully the yellows will still be biting there when they do, but if not the big rockfish should fill the bags like they normally do. The good news is that it seems as if the weather is going to straighten out for at least the next week following these storms so let’s keep our fingers crossed that whatever was biting will still be biting then.