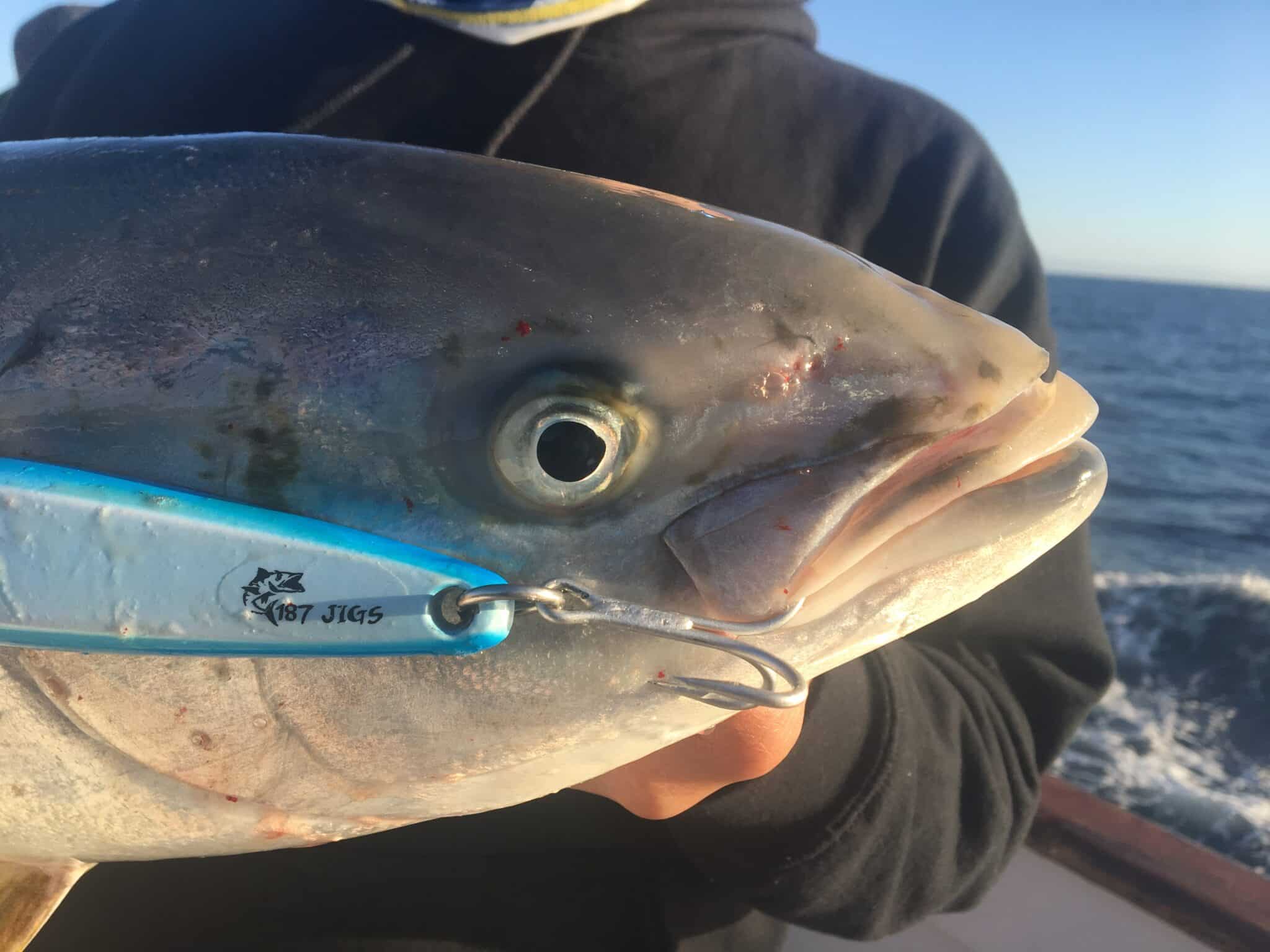 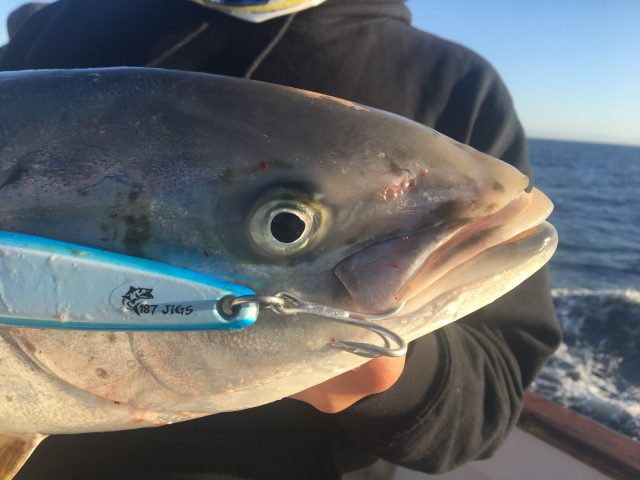 I don’t know about you, but these last 2 months have been brutal for me when it comes to fishing.  The local scene hasn’t been great shakes other than some sparse bass and halibut days that I observed from the sidelines.  I had my failed Colonet trip in January.  The boat (The Dominator) did well with 70+ yellows, but I personally sucked and skunked on them.  Two bumps that didn’t convert and that was that.

Failing to plan, is planning to FAIL!

In between all these crazy storms, while hunting for that ever elusive legal halibut from the sand, I’ve had time to contemplate my personal fishing failings of that trip.  Thankfully, this old dog still has the capacity to learn.  Of course, it helped to catch a break or two.

This last weekend I was on the Pacific Queen on a 1.5-day trip to Punta Colonet.  Some things were still the same…a lot of boats in the area, red crab still around, red crab pattern jigs still working (along with the basics – blue/white, mints, scrambled egg), yoyo still being the dominant form of catching the yellows.

The first stop of the day, Capt. Gavin Harbour told us we were on top of a big ball of yellows deep to about midway up the water column.  I deployed a full-size heavy from 187 Jigs (see top) in blue and white and sunk it to the bottom.  Wind-wind-wind to about halfway up, drop back in, wind-wind FRESH!  It felt great to get and convert that opportunity to start the day.

The rest of the day was characterized by what Capt. Gavin termed “scattered fish.”  In other words, not the big balls of fish that warrant a run and gun style.  It made sense considering all the boat pressure.  A more patient approach of long drifts and occasional anchor stops was the order of the day as we scratched it out.

On the first anchor stop, Capt. Gavin said he wanted the anglers balanced between working jigs along the sides and deploying a flyline (or weighted rig) along the stern.  After half the morning grinding the yoyo, I opted for the latter.  I had that option because I learned from January and brought a 40# mono setup.

Gavin joined us on the stern fishing a Carolina Rig presentation with 2-oz. of weight.  I wasn’t fishing as heavy and caught a cormorant.  OK lesson learned, more weight was needed to get below the birds.  I went to re-tie.  I didn’t have that heavy of a slider.  I did have some smaller torpedoes and rubber bands though.  I went 4-oz., spliced on some 40# fluoro (rubber banded weight above the splice), and terminated with a size 1 circle hook.  A lively little sardine, especially a light mint one, and that was the ticket to add 3 more yellows to my count.  The boat total was 64, which I believe was high count for everyone down there.

Unfortunately, the wind and current really kicked up in the afternoon and rockfishing was lousy.  Don’t worry though…

Wednesday is March 1st and the opening of rockfish season.  Many more of us will be fishing now…anglers as well as more boats going out.

If you’re saying, “Big whoop, rockfish season” I’ve got two things to say to you:

And with the rockfish opener comes Fred Hall Long Beach.  Be sure to check out our Fred Hall Digital Show Guide.

Good luck if you get out there!  Say hi if you see me at the show.