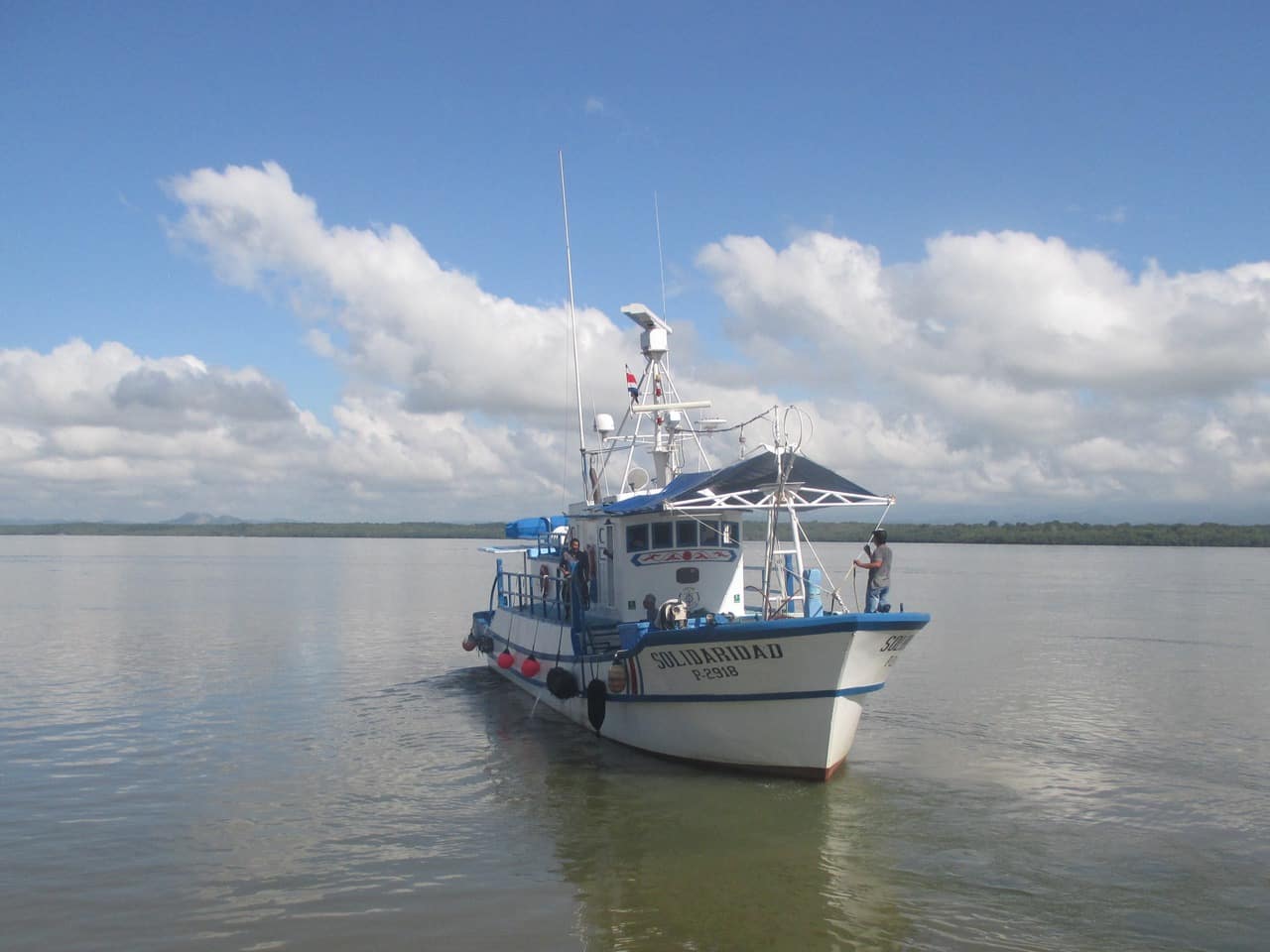 Green-sticking or “palo verde” as it is known in Spanish is not a new form of fishing. It has been used successfully for years in Japan and the United States in commercial and sport tuna fishing. The method allows anglers to target tuna with hardly any by-catch. It involves mounting a long fiberglass rod, tinted green, on the boat to drag squid lures above the surface of the water. The tuna are drawn to the lures by the commotion of the trailing “bird” teaser lure-weight and competition for food.

FECOP, Costa Rica’s sport-fishing advocacy group’s Director of Science, Moises Mug, holds a Masters of Science degree in Fisheries Biology and has been studying the tuna purse seine industry since 2001. His work with FECOP persuaded President Laura Chinchilla to sign a decree at the end of her term that moved tuna purse seine operations 45 miles off the coast and protected a total of 120,000 square miles of ocean from commercial tuna fishing. Her predecessor, President Luis Guillermo Solis, published the decree and it became law. Earlier this year Mug’s studies helped persuade the government to reduce tuna licenses issued from 43 to 13.

Since late 2016 Mug has led a green-sticking study involving FECOP, INCOPESCA,(the government agency in charge of fisheries), and INA, the technical training institution that teaches different trades in Costa Rica including commercial and sport-fishing as a business. FECOP has spent over $100,000 on refurbishing and outfitting INA’s boat, Solidaridad, which was once used to teach longline fishing. The research team will be testing the efficiency, amount of by-catch of green-sticking as well as vertically dropped lines for tuna. Eventually INA will add a “Green-Sticking” course to its fishing trade agenda, training Costa Ricans on their proper use.

In Costa Rica all new or modified fishing rules must be backed by technical support. Studies not conducted in Costa Rican waters are rarely accepted. So even though green-stick fishing has proven successful in other parts of the world as a sustainable method, it has not yet been officially approved for Costa Rica.

“Costa Rica will greatly benefit from the adoption of green-sticking for tuna for the commercial market and sport-fishing as well. The adoption and promotion of green-stick fishing not only will provide social, economic and environmental benefits but will set an example for sustainable fisheries in Costa Rica,” Mug says.

Once this project is before the board of directors of INCOPESCA, a decision is expected soon. With the increasing demand for sustainable-caught tuna on the International market, the tuna exporters are also expected to support this license.