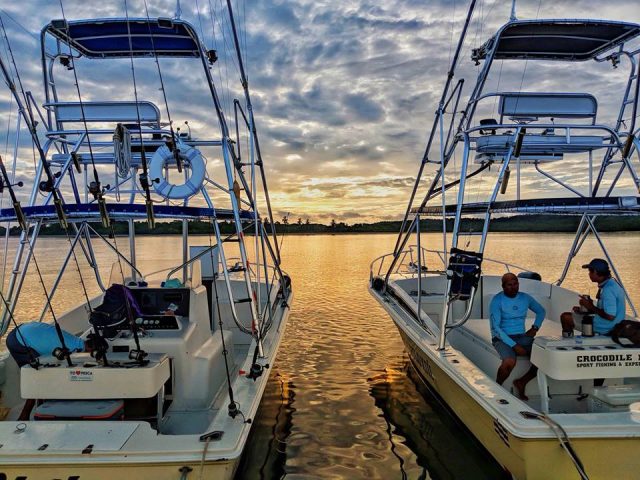 It was almost six-thirty. Time to go. As we walk down the path to the pier, clearing the last of the trees, we are greeted with a spectacular view of the Golfo Dulce (Spanish for “Sweet Gulf”). In the distance mountains stretching as far as the eye can see with ridges that encircle the Gulf, forming long beautiful flowing lines, running all the way from one end of the gulf to the other. A light breeze is blowing from the north, just enough to animate the water, and the sun plays upon its surface. Above, two Frigate birds circle in an updraft, keeping a watchful eye on a school of mullet below. 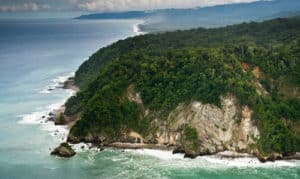 We are greeted by our captain and mate, and after introductions and a short orientation, lines are cast off and we are on our way. Above in the fly bridge, the captain syncs the twin diesel engines to a perfect harmony and we begin sliding down the gulf.

In the stern of the boat, the mate makes final preparations for our day of fishing. Leaders tied, knots checked, drags adjusted, belly baits stitched and ballyhoo rigged. As I watch the mate work, half way down the gulf, I begin to feel the gentle rise and fall of the Pacific swell. A familiar and missed sensation, I know immediately, it has been too long since I have been on the water. The boat speeds on. 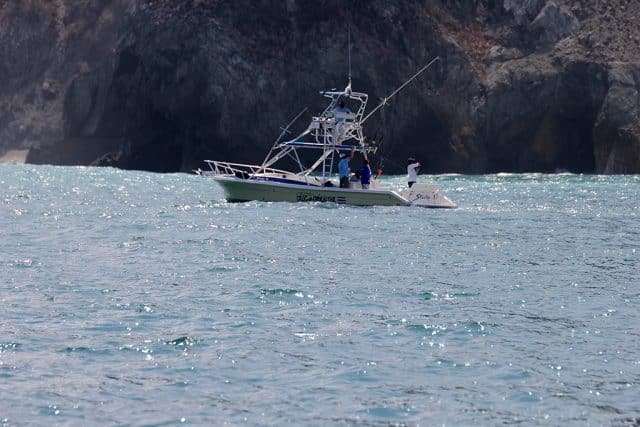 As we approached Matapalo, at the entrance to the Gulf, I noticed that the wind has changed direction and is now coming from the shore. The light breeze carries with it, the smell of the tropical flowers, from the trees up on the hillside. As it mixes with the salt air, it creates the most intoxicating scent of jungle and ocean, a final farewell from the land.  The boat now passes Matapalo rock, exiting the Gulf, and we head out into the Pacific Ocean 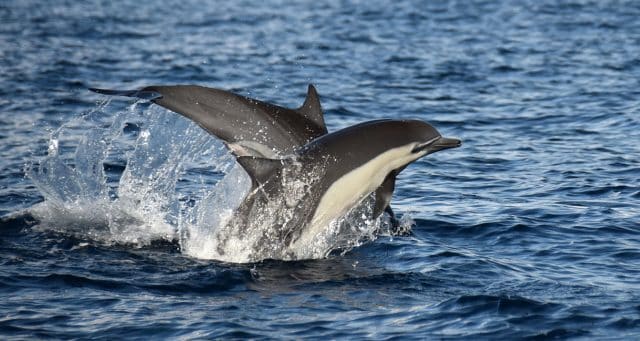 At five miles the first life appears. A small group of dolphin, come shooting across the water to play in our wake. Jumping and splashing in the waves, I take it as a good omen.

Once ten miles offshore, I see the first school of flying fish.

They take off from the water just in front of the boat, skittering across the surface, they pump their tails to gain speed, then coast to a safe distance from the boat. I notice that the color of the water has also changed and the cool green of the gulf has been replaced with a deeper clearer almost cobalt blue. The mate who has finished rigging baits, begins attaching teasers and all of the rods are readied for deployment. I notice his pace has quickened and it’s clear it is almost time to fish. From the tower comes a yell and the captain is pointing at something. 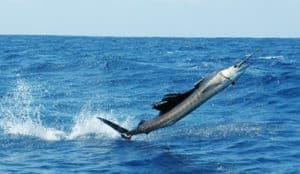 In front of the boat and to the right. A dark thin figure is jumping across the water. One, two, three times he clears the surface, slapping his tail as he reenters the water. It is a free jumping sailfish and we have arrived at our destination.

The boat slows to a steady seven knots and the outriggers are deployed. We watch as the captain and mate work together. With military precision they set seven lines. They do not speak to one another, it is not necessary, they have done this a hundred times. Within seconds the lines are fully deployed and we are trolling through the area where the sailfish was just jumping. It is sailfish season once again and we are hunting. 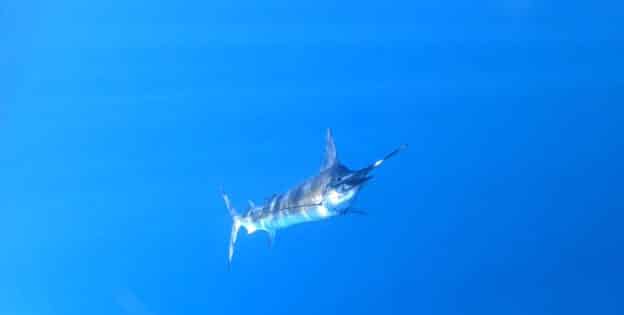 January has been a pretty good month for offshore. The marlin decided to stick around a few extra weeks this year and as of yesterday, we are still catching dorado. The sailfish are starting to concentrate and we are seeing better numbers every day. So far we had one boat release ten sailfish in a day and several others come close. The tuna have been a little more elusive than in December, but sushi has been on the menu at least a couple nights a week. The inshore bite slowed a little bit this month, with not as many roosters being landed, but snappers and African pompano have been coming in with frequency. Fisherman are always drawn toward the action and with good numbers of sailfish offshore, most have favored the blue water over chasing roosters.

If the fish stay on schedule, we should see better and better action offshore in February.

Weekly Update: As of the last few days (February 5th – 7th) We are seeing double digit raises and everyone is releasing at least one billfish. We had one boat go 20/14 two days ago and several other double digit raises yesterday including 2 releases on the fly!