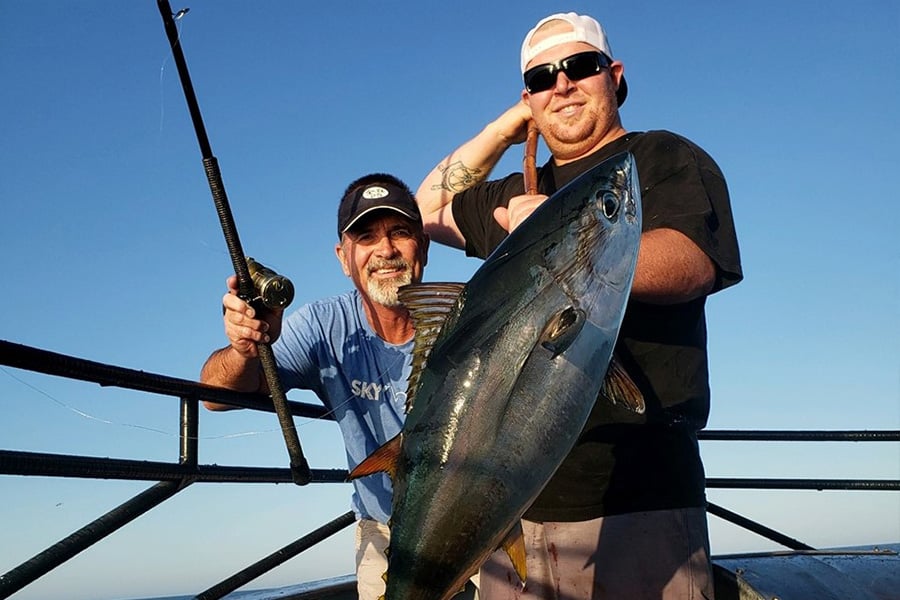 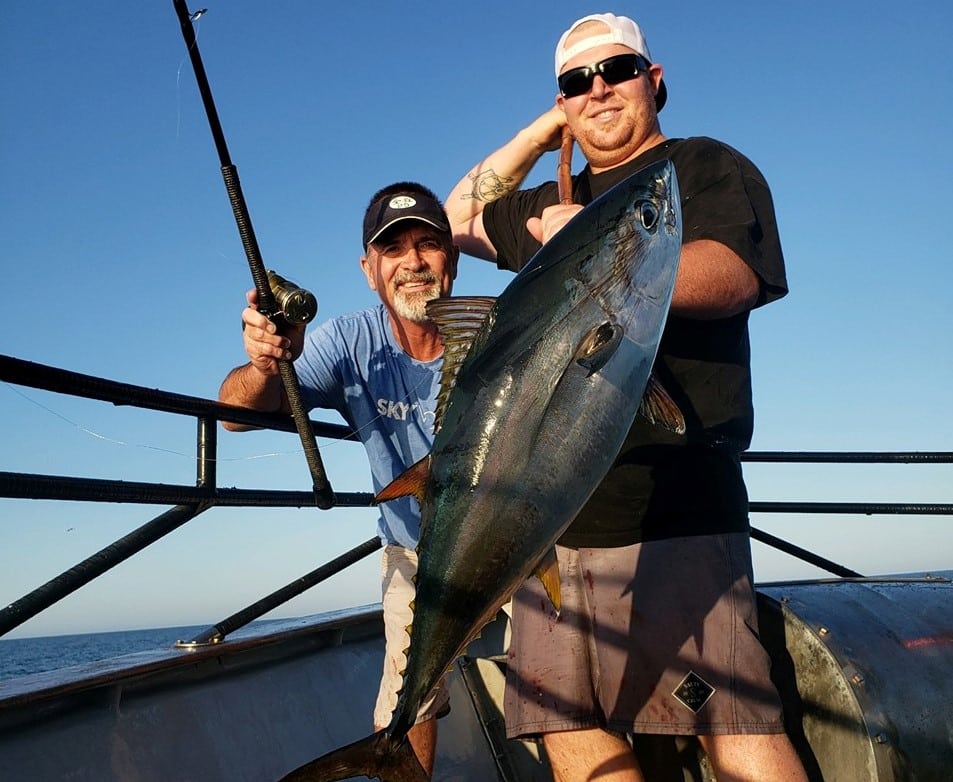 As ridiculous at it sounds, especially given this week’s weather, the official summer fishing season came to a close on Monday and as my buddy, Jimmy Decker said as we headed out marlin fishing that morning, “the fishing season starts today”. As became immediately apparent on Tuesday morning, at least for the boats not fishing tuna out of San Diego, weekday angler participation has dropped off dramatically with social media posts promoting “light loads” and asking anglers to come down and help get the boat off the dock. If you’re a sport boat angler with the ability to go fishing during the week, this means more fishing options and lighter loads. Labor Day also normally marks the end of the weekday gang bang season, allowing boats to spread out and find out just how well the fish will bite without a bunch of ding dongs chopping them up all day. This really is the best time of the year to be an angler, so get out there and enjoy it! 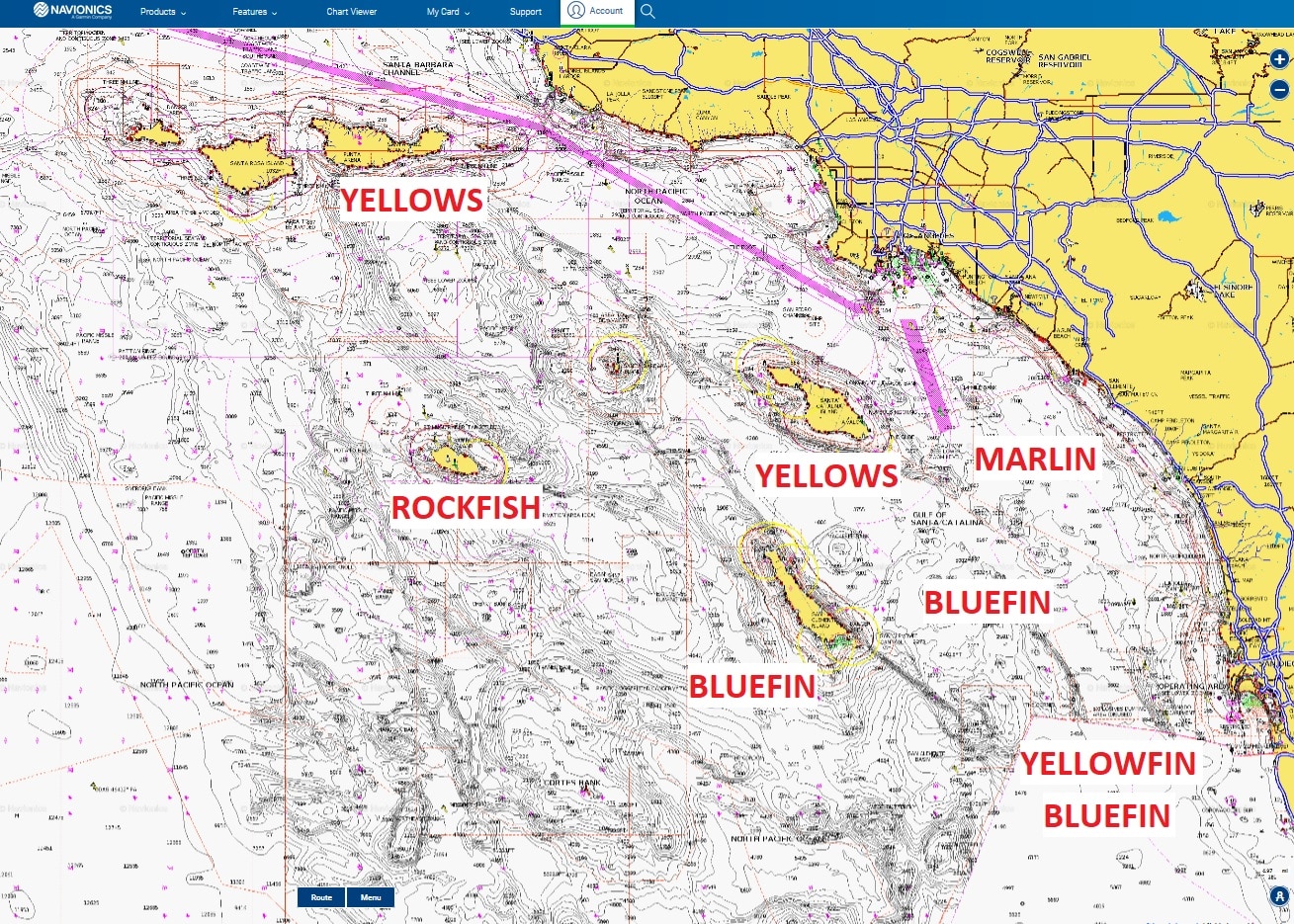 This week’s Navionics Chart tells the tale of what’s happening in our local waters. Starting up north, the yellows popped up earlier this week for boats fishing Santa Cruz Island but the wind is forecast to blow up there this weekend, so check the forecast before heading out. Another island that’s going to get some wind this weekend is San Nicholas, but the rockfish bite there has been really good. My friend Brandon Vulgamott made the run out there the last couple weekends in his 20-foot center console (yes, I think he’s crazy too) and loaded up on reds to 8-pounds and lingcod to 30-pounds. It looks like the weather is going to keep the boats away from the island for the next week or more but the reports bode well for the sportboats that will likely start running rockfish trips to the island later this month. 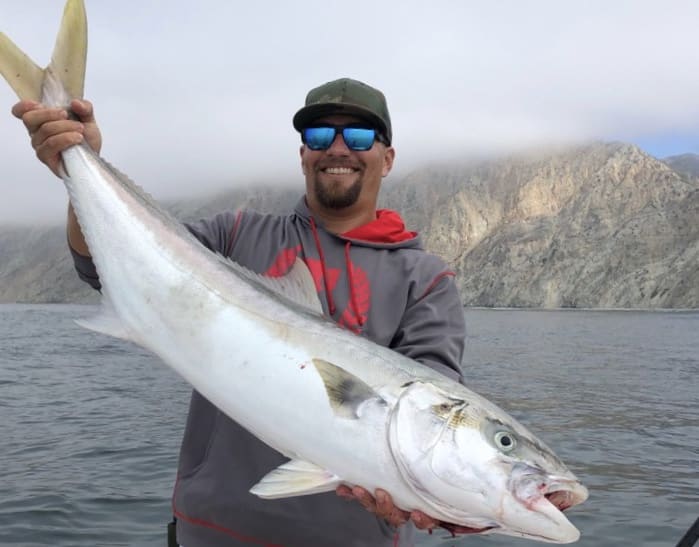 The yellows, like this one caught by Captain Jimmy Decker’s client on Saturday, are still biting at Catalina Island. Decker reported seeing good sign of yellowtail on the east end of the island wide open bass fishing everywhere he went. Since there are still plenty of yellows around and the island is going to be less crowded at this time of year, I recommend looking for areas with conditions and without boats instead of fighting for space in an area where other boats are fishing, even if they’re catching fish. Go find some current, clean water and bait and you’ll likely find the yellows too.

The big bluefin are still biting at San Clemente Island but there are plenty more scattered around below and inside the island. I ran offshore on Friday afternoon and looked at the area around the 289 and found several fishy looking zones but the wind was throwing up enough white caps the only thing I’d have been able to see at any distance would be full-blown foamers, of which there weren’t any. Several boats caught fish in that zone over the weekend and there have been scattered catches around there all week. If you’re headed out that way, most of the life I saw was on the cleaner side of several current breaks. 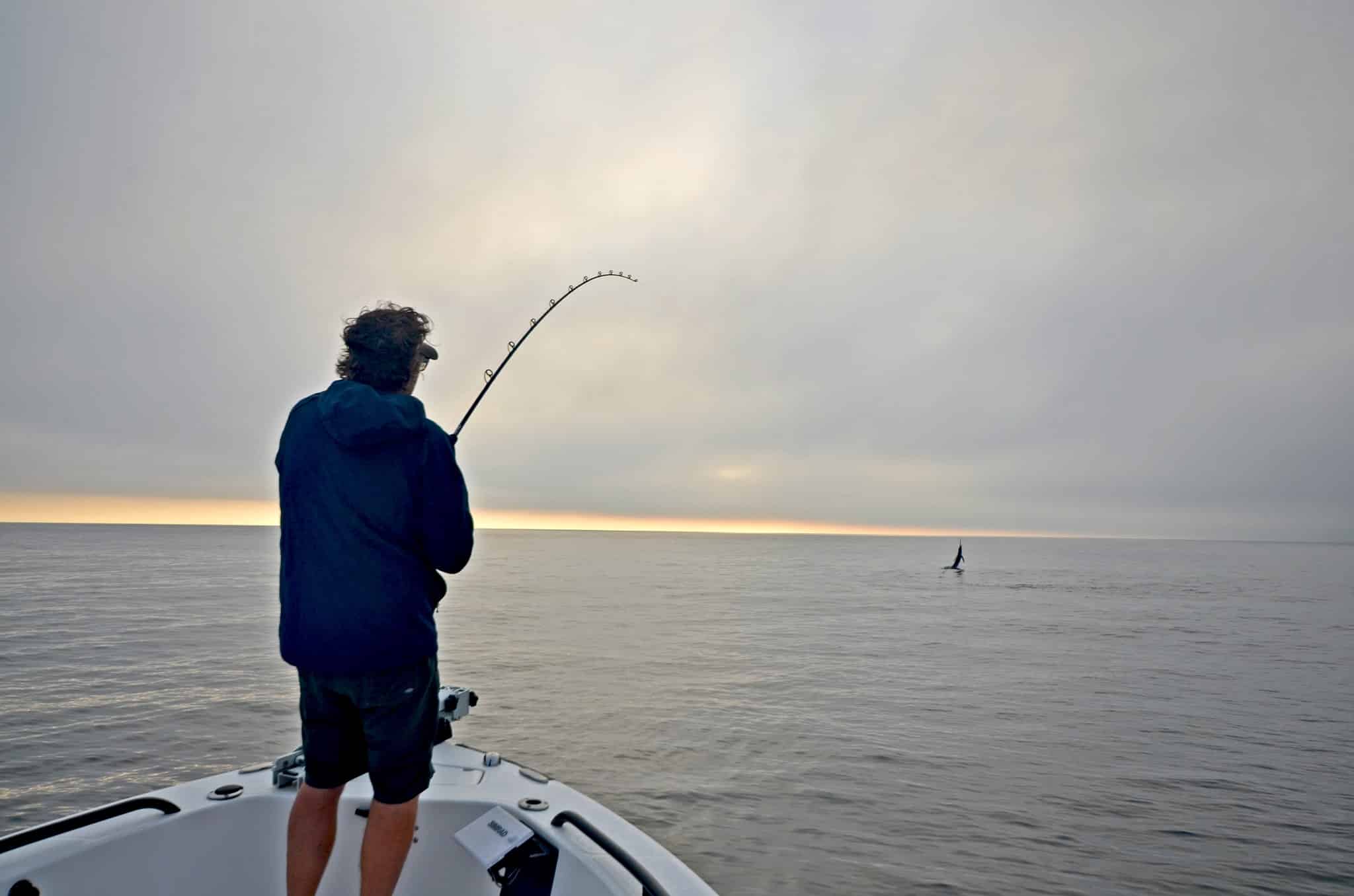 We also marked some yellowfin tuna along the beach while fishing marlin on Monday but didn’t stop and fish for them. As for the marlin, we found six sleepers, got three bites, and landed one fish. There is a lot of dirty water on the coast and, just like on the outside, most of the life is on the clean side of the current breaks. The marlin we saw, and the tuna we metered, were in the coldest but cleanest water we found on the beach. Just something to keep in mind if you’re heading out. 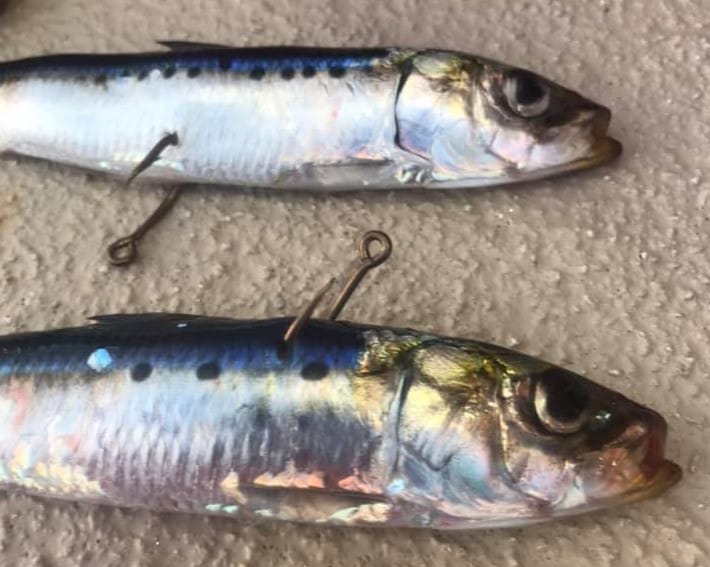 Speaking of things to keep in mind, Captain Ryan Bostian of the San Diego out of Seaforth Landing shared some very good information on facebook earlier this week. “Shoulder and belly hooked baits work best when fishing picky tuna. The picture shows where to place your hook and the baits pictured are also a prime example of what a bad bait looks like, taking your time and selecting a good healthy bait will get you more bites.” Being picky about your bait choice and proper hook placement isn’t all that big a deal when the fishing is wide open, like on Tuesday’s trip that scored 176 yellowfin on the San Diego, but they play a much bigger role when the bite is tough.