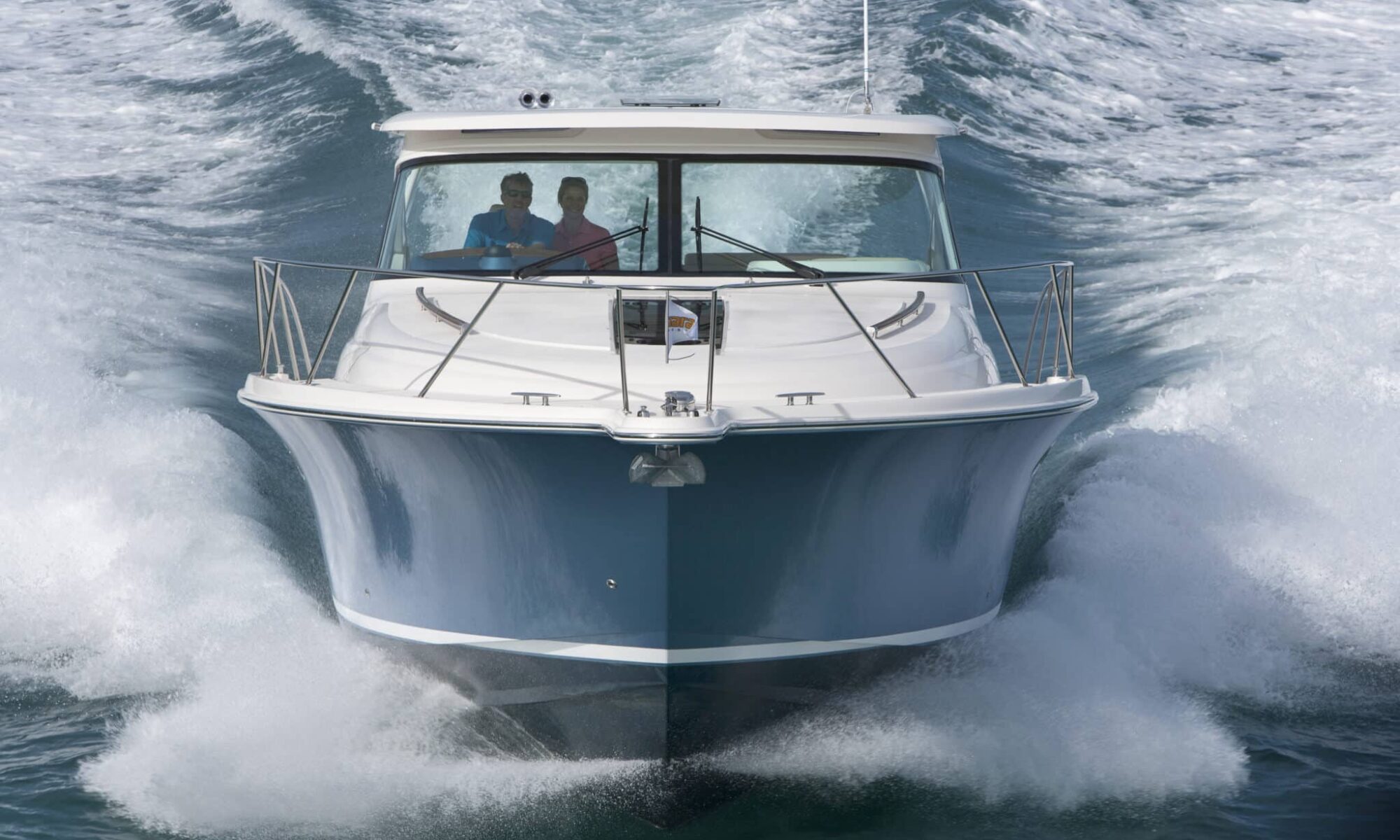 Which is the best fishing boat design: the center console, the convertible, or could it be the express? Let the debate rage on.

We all know that different boat designs are better or worse for different anglers depending on a myriad of variables, so it’s no wonder that there’s an ever-present debate over which is the best: center consoles, convertibles, or express boats. The right way to frame that debate is not to ask which is “best,” however, but to ask which is best for you and your specific needs. And whatever type of angler you might be, there’s a decent chance and express boat is going to be your top pick.

The biggest single advantage an express holds over a convertible is the fact that the captain runs the boat from the bridgedeck, rather than a flying bridge. This allows he or she to remain part of the action. It’s a lot quicker and easier to dart back to the cockpit from an express’s helm, than it is to scramble up and down a ladder. That means that many anglers who often go fishing on a moment’s notice, and as a result may be short-handed, prefer expresses. It also means the socialites among us enjoy running an express, since they remain part of the conversation all day long rather than being perched up away from everyone else on a flybridge.

When compared to center consoles, the biggest leg up an express gets is the presence of a full cabin. Those who fish with their family, enjoy overnighting at the canyons, or making cruises to distant ports certainly might consider that an important factor. This distinction may get blurred a bit, however, by some of the new center console yachts on the market (like the Grady-White Canyon 456 or the Scout 420 LXF) which have substantial center console cabins. In fact, one could make a pretty good case that these center consoles are also express boats in many ways.

Expresses also get a stability boost as compared to some other designs since they don’t have the extra weight of a bridge rocking back and forth way up high, raising the boat’s center of gravity. They may have a slight cost advantage too (though this can be eaten right up by adding a tower, which you might consider necessary on an express but not on a convertible).

In some other cases, expresses may be your choice due to height constraints. If your slip is on the wrong side of a relatively low bridge, for example, you may not be able to consider a convertible or a tall tower boat in the first place.

Get an express boat, and you may be giving up a ton of cabin space. Convertibles have that big, comfy salon beneath the flybridge, but on an express, that part of the boat is dedicated to the helm-deck. On top of that, the helm-deck isn’t elevated much over the rest of the boat. As a result, you may also suffer a loss of visibility to some degree when coming onto plane. And you most certainly loose the advantage of elevated visibility both while fishing and while docking. A tower does, for the most part, turn that visibility argument right back around – but it doesn’t gain you back any of that lost cabin space.

One down-side few people think about prior to spending extended fishing trips aboard an inboard-powered express is sound levels. Many expresses are designed with the bridgedeck directly over a pair of diesels. That can make it quite loud in the helm area whenever the boat’s up and running.

A final down-side to buying or selling an express is the simple fact that once you get over 40 or 45-feet, convertibles become significantly more popular. As a result, finding the specific express that suites your needs – or selling that very same boat a few years down the line – can be a bit tougher.

So: which fishing boat design is “best?” Chances are that whatever answer goes through your mind first is the right answer, for you.

Get more great boating articles from Lenny Rudow on BD.