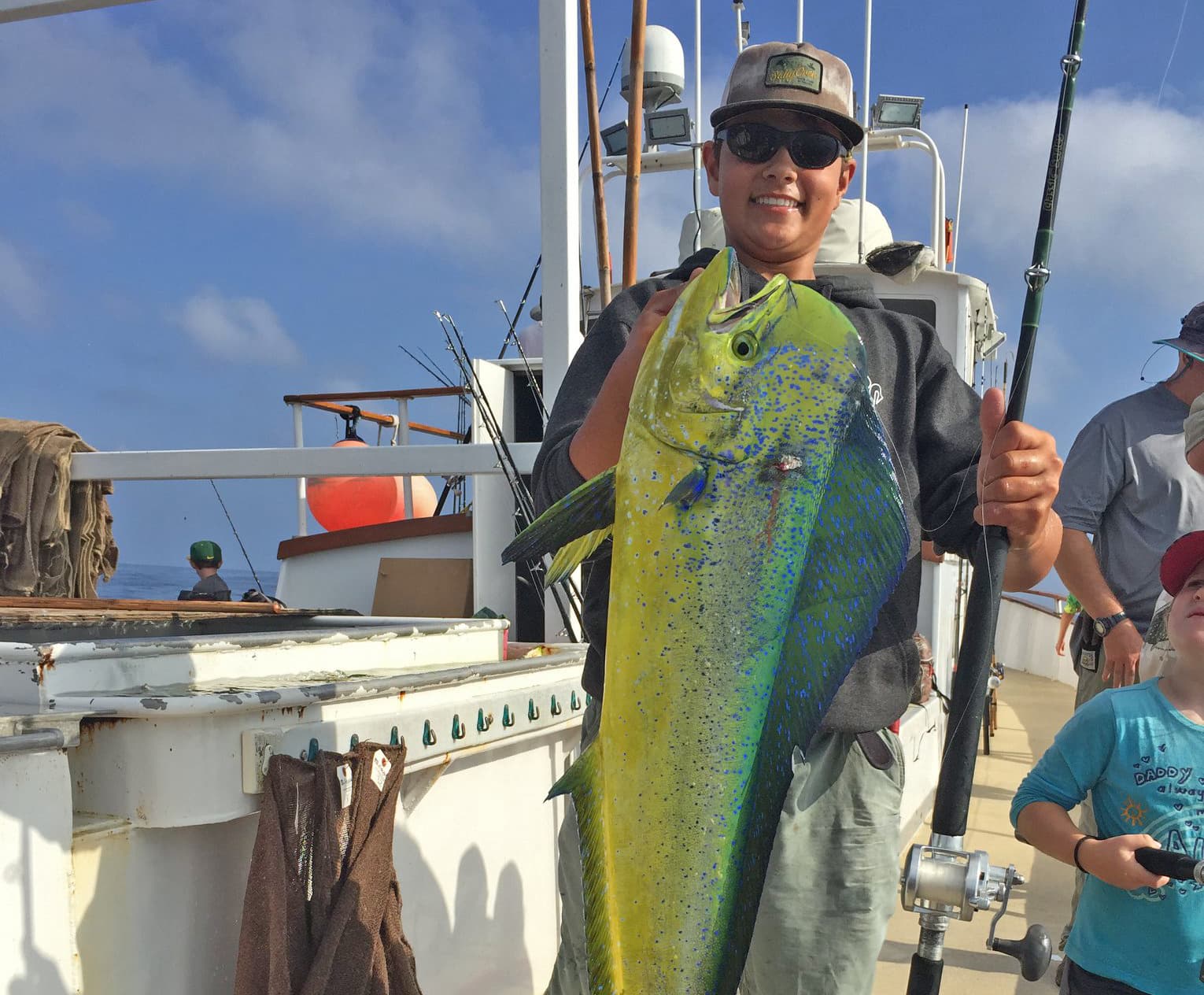 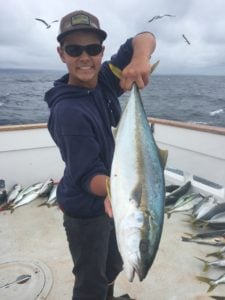 Ethan Mayes, and eight grader from San Diego, has recently achieved “Master Ocean Angler” status in the California Department of Fish and Wildlife’s (CDFW) California Fishing Passport program.  Upon receiving a fishing rod as a gift when he was eight, Ethan began fishing on the piers of Southern California, where he caught many of his varying species. 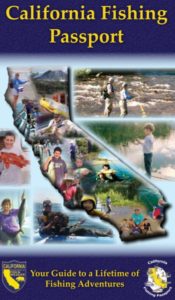 The CDFW Passport Program has set up a booklet where anglers can log their catch of various species and get a witness or photo to verify the catch.  “Master Ocean Angler” status is rewarded to those who catch 50 species of California fish and Ethan Mayes has achieved that and beyond.  Ethan has also been checking off some offshore species including yellowtail and a 125-pound bluefin tuna. 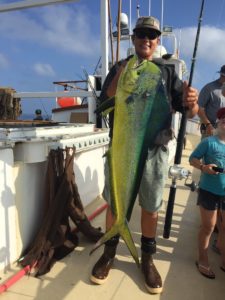 Ethan said, “Fifty different species was challenging but I was determined to reach my goal.  Fishing is my passion and I had a blast on my journey to achieve being a California Fishing Passport Master Angler!  There are more species to catch though, so I’ll keep fishing and never stop!”

Next on his list are shellfish species and upon catching 15 of them, he could qualify for the “Supreme Master Angler” category.

Ethan also loves to fish youth tournaments and though it started slow for him, he has been learning and continues to do quite well in a few of them.

According to Ethan’s family, “Ethan would fish 24/7 if it were not for his parents requiring him to maintain good grades.  He even has fish posters on his bedroom walls and his favorite books are fish ID guides.  Ethan is big into conservation and is quickly becoming a part of the local sportboat scene.”

“I will never forget my 125-pound bluefin tuna that I caught on my jig stick with 40# string. I’d learned a lot from catching smaller bluefins and I was going to put that knowledge to good use.” said Ethan.  “Last summer it took me 2 hours and a little help from the crew to get an 80-pounder on the deck.  This time it only took me 45 minutes and no help from the crew until it was at color and ready to be gaffed. I was a little sore the next day, but it was so worth it!”

Congrats from the BD crew, keep up the good work and we look forward to seeing more of Ethan on the SoCal fishing scene.