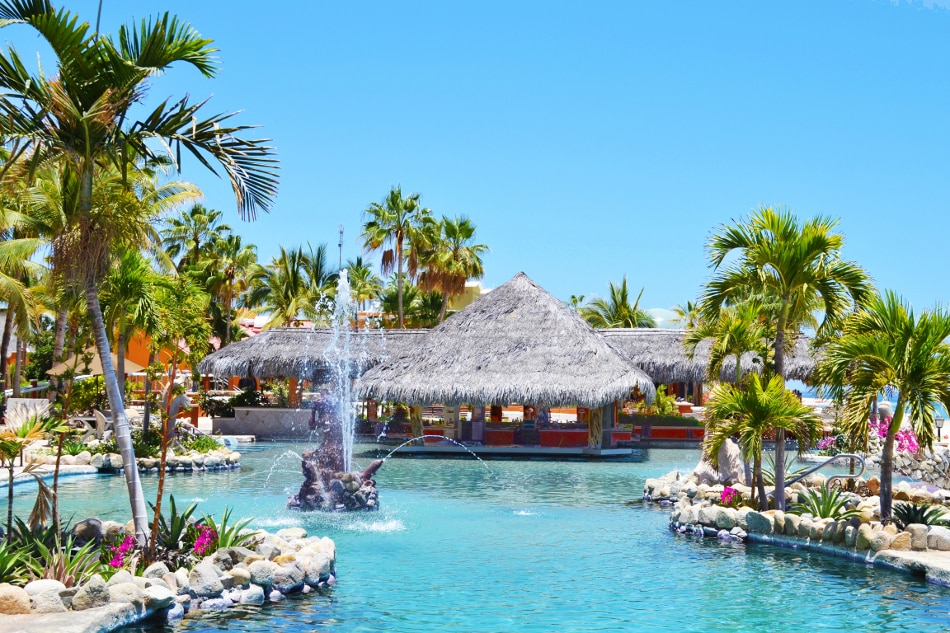 “We just opened up a few weeks ago and we didn’t know what to expect with everything going on and we are very pleased with the turnout, and the payouts,” said Eddie Dalmau of the hotel at the beach weigh-in. “We had 108 teams and the people just kept coming and putting down money for the options, at least $130,000, which is what we usually get for a normal turnout of 130 to 140 teams.”

Due to the hotel closures and the pandemic in the U.S., the tourney rumor mill before the event had the turnout at 50 to 60 teams max. Apparently people want to play more and worry less. 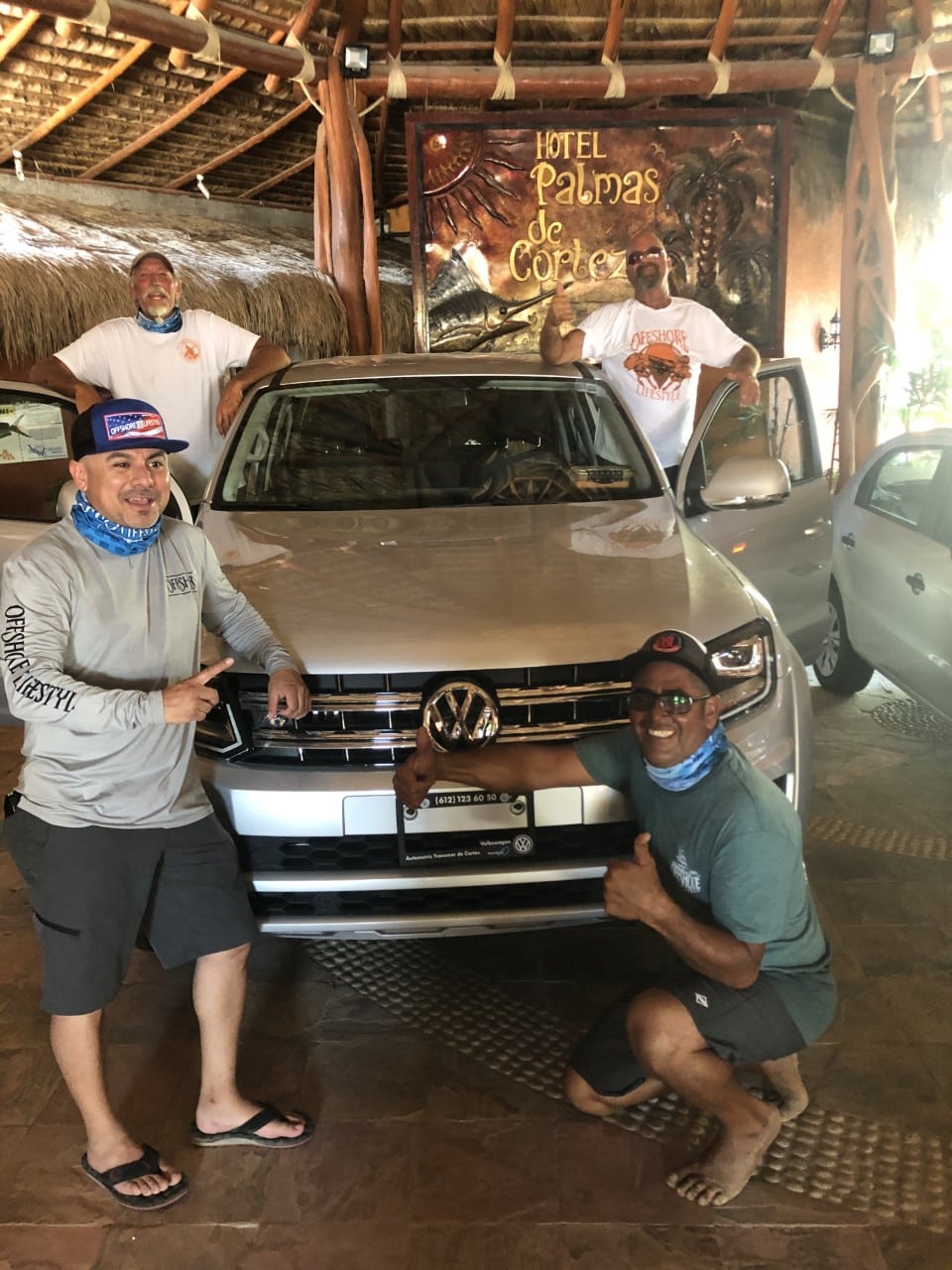 The one-day dorado tourney in its 16th year saw one team run far, run fast and escaped with a new VW four-door V6 four-door truck Amarok, and because they were across the board on three cash options, Team Offshore Lifestyle’s 54.9-pound dorado claimed the truck and every dome of the $130,000 optional money.

The team was captained by Raul Medina of San Diego, and his teammate was Rob  Lindekens of Todos Santos. They were on Capt. Mike McClune’s 30-foot charter boat Oceanrunner Offshore Lifestyle powered by two new Yamaha 150s. That is significant because the run from Palmas to the warm-water areas to the north that held shark buoys was 60 miles away. First come, first catches, and that was McClune’s plan. Speed counts.

“I’ve been fishing out here for the past week and caught several fish over 40 pounds and a 45, but as I told the guys, that wasn’t going to win this tournament this year,” said McClune. “We got to the buoy first, threw in a flylined cocinero, and it got slammed.”

It was a quick battle but as with all dorado, they are crazy at the gaff. WON was shown a video of the fight, the gaff going in, the fish being lifted by crewman Lalo Lucero Cesena Gilardo and then it got crazy with the dorado getting off the gaff on a surge around the transom, landing between the two outboards, then flipping up on top of them, and then landing cleanly onto the deck. Ta da!

“It went wild. After it tore the hell out of my boat and ripped out my gunnel lights one by one, I took one look at it and said, ‘That’s the one. Let’s go home.’” It was the first fish weighed when the scale opened in front of the hotel.

NOTE: The hotel was under strict COVID protocols for events, with now crowds at check-in, teams entering one person for each team only, one at a time, and no awards dinner was held. A few miles to the south is the border that begins the southernmost Cabo region, which under state and federal health rules does allow beach use and is less stringent on crowds. Palmas is under the La Paz area jurisdiction for health protocols and they were just grateful to hold the tournament to bring business to the region in the first tournament.

Next up for tournaments is the Bisbee’s East Cape Offshore  Aug. 4-8 with three days of fishing. With all events based out of Buenavista Beach Resort. Word is, 45 teams have signed up with more coming. Great news for the region.

More info on the tourney can be obtained on the hotel’s website. www.Doradoshootout.com