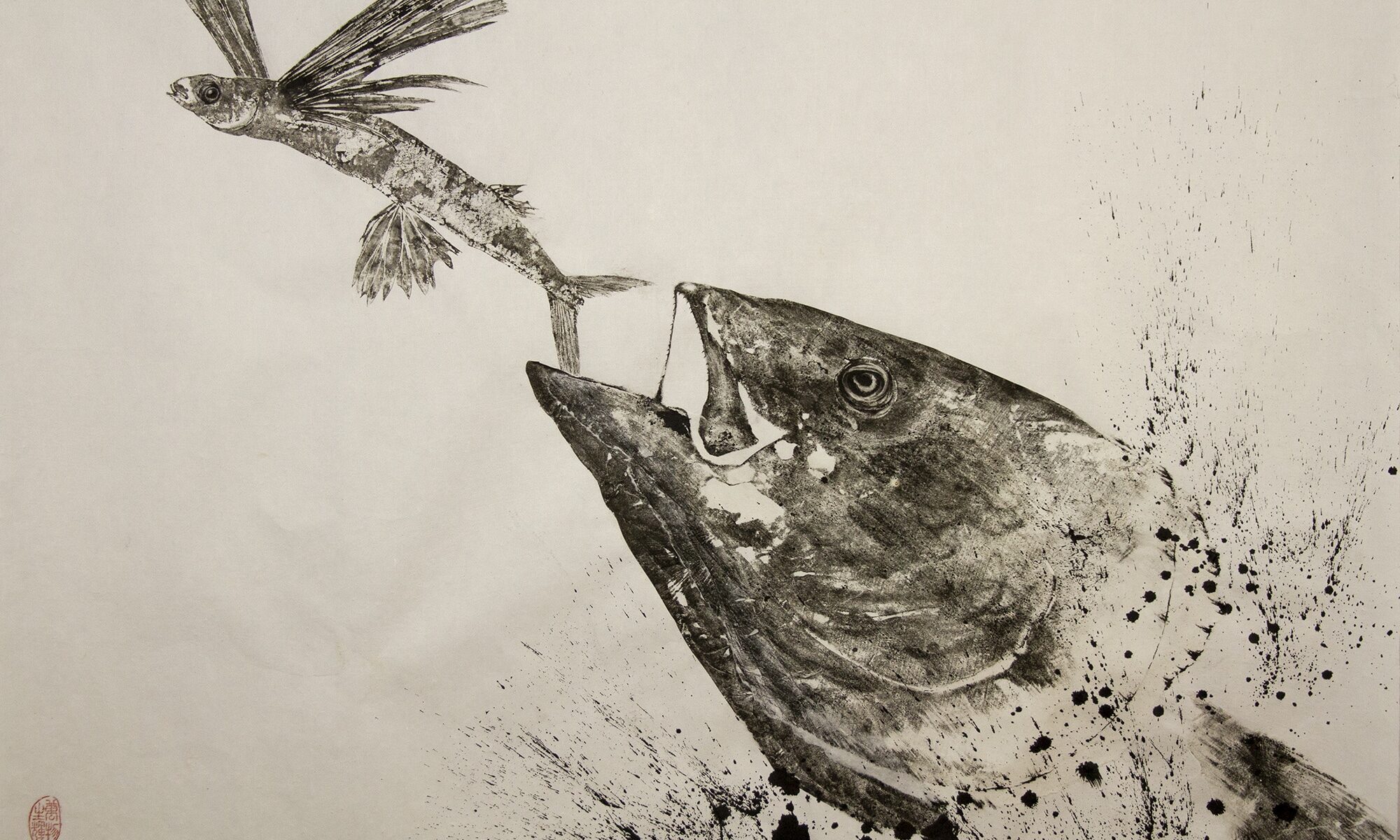 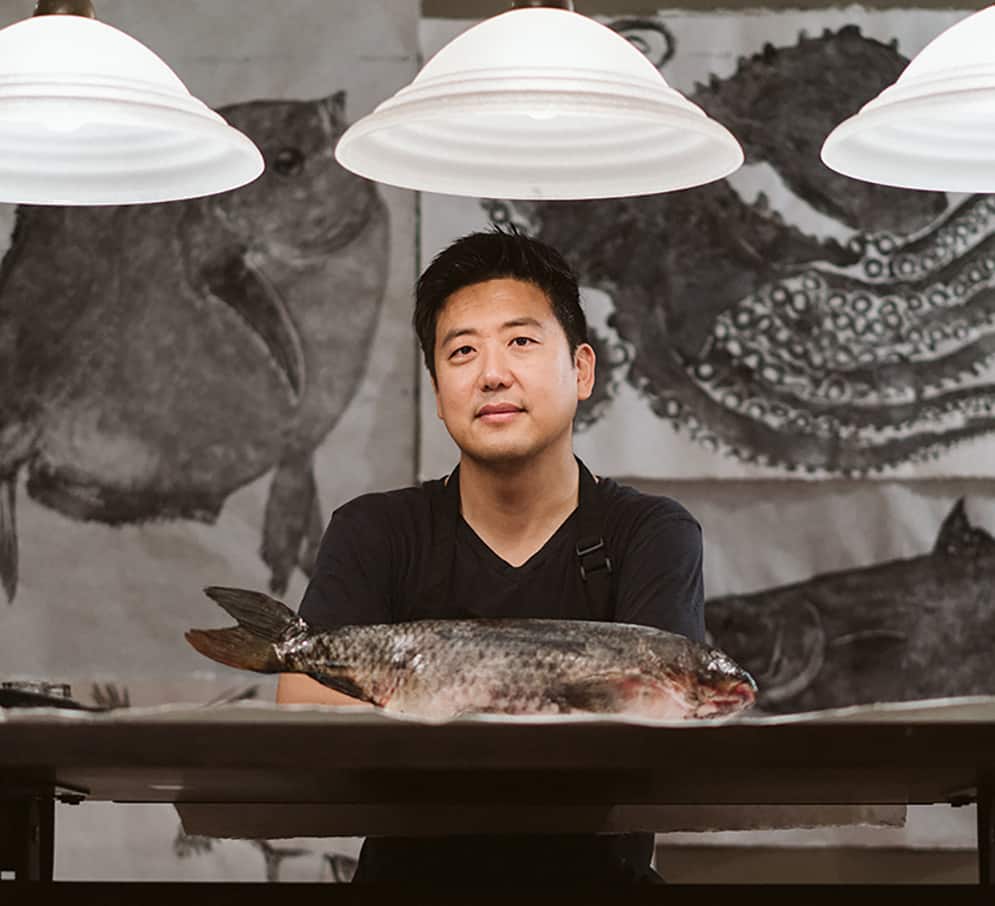 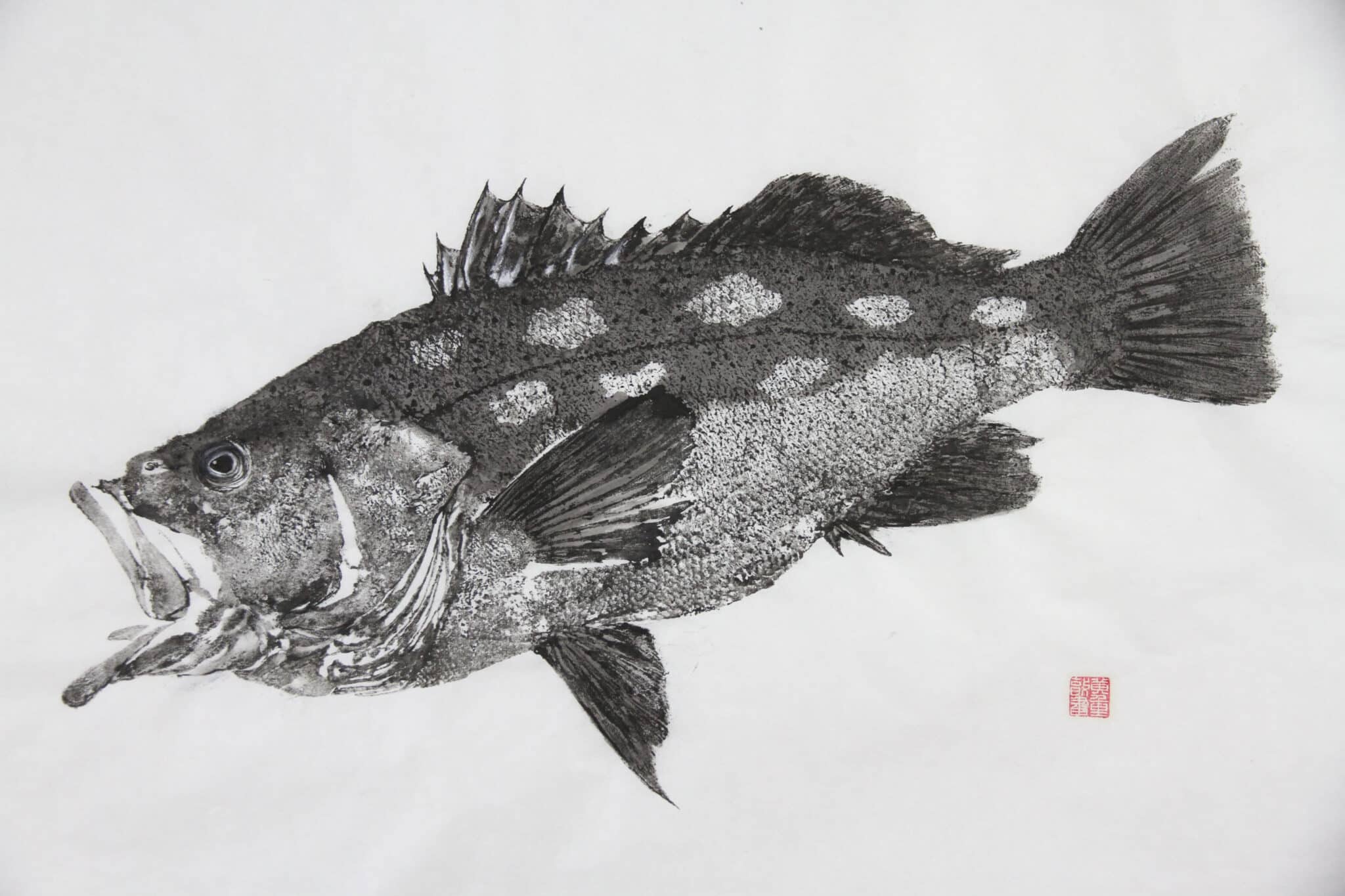 BD:What mediums do you work in and what is your favorite?

Dwight Hwang:I create gyotaku, which is a Japanese form of taxidermy. Rather than stuffing a fish, the surface was inked and printed on sheets of paper made from mulberry bark.  I restrict myself on using solely the same two materials used in the early 1800’s when this art form originated in Japan; Sumi ink (ground pine soot mixed with water) and Washi which literally translates as ‘Japanese Paper”. 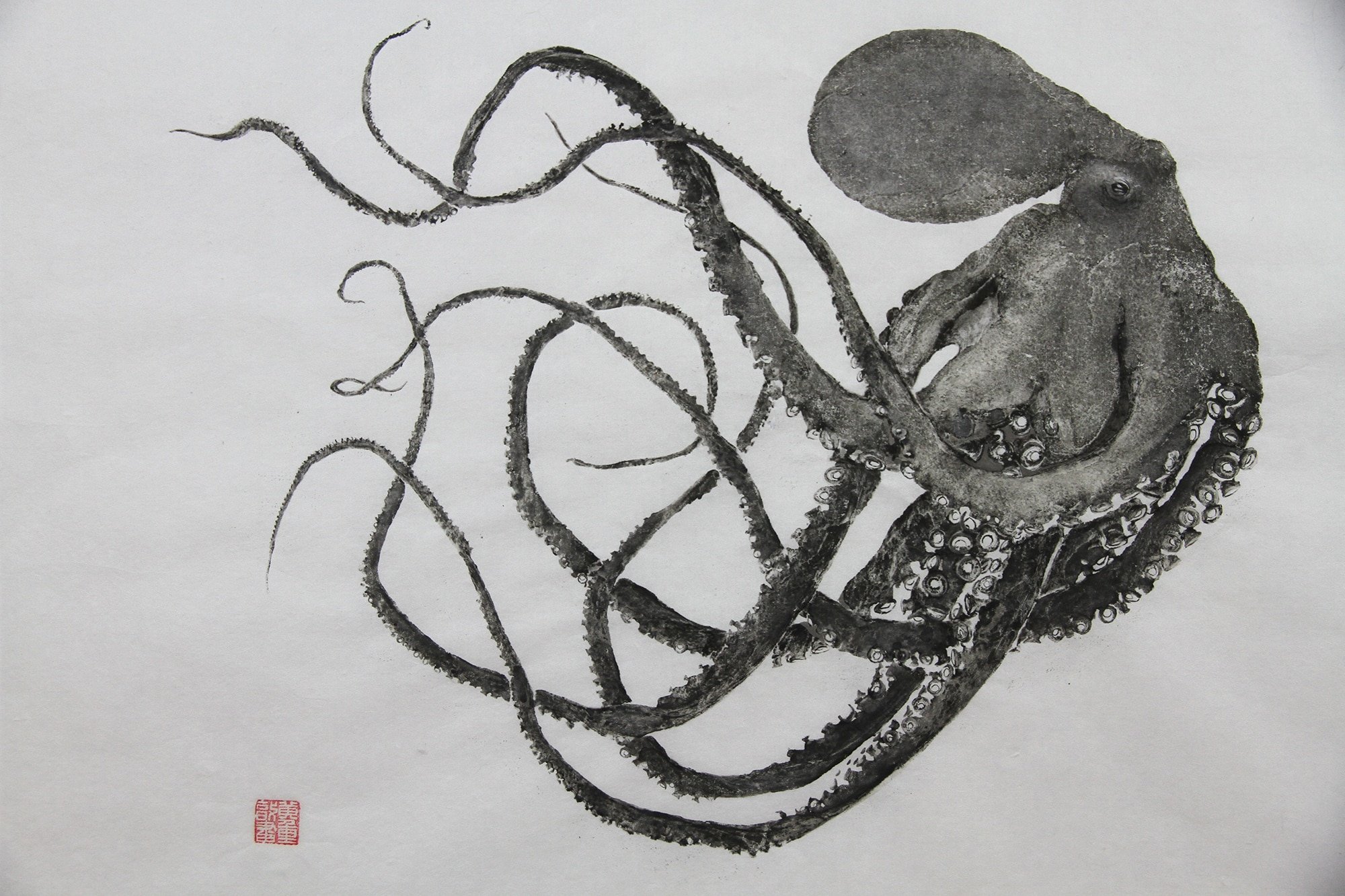 BD:What are your other hobbies, and are they related to your artwork?

Dwight Hwang:I’ve been fishing since I was seven and have never stopped. But I’ve been drawing and creating art since I was two and doubt I will ever stop. 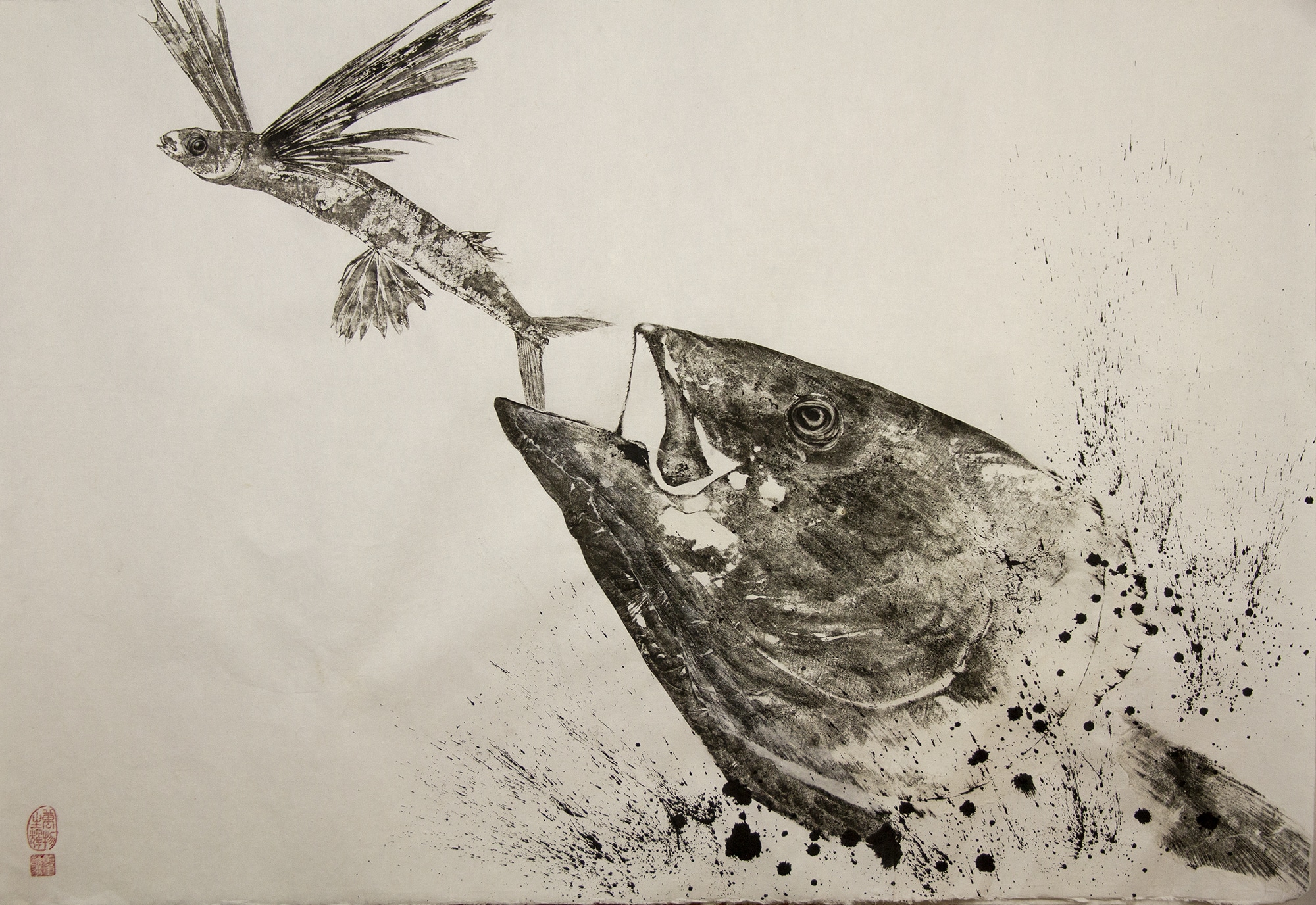 BD:How did you get started and what was the evolution of your style?

Dwight Hwang:I worked as a storyboard artist for live-action movies, animated films, commercials and games for 20+ years. Much of that was in Tokyo, Japan where I first saw gyotaku prints pinned on the walls of the dusty tackle shops I used to go to. I fell in love with them. Without anyone to teach me, I simply started experimenting and trying to figure out the process together with my wife. Our prints never really took shape until a couple of years later when we really began to understand the organic nature of the ink and how to control it. Nearly ten years since then, I no longer work in the entertainment industry, but work full time as a dedicated gyotaku artist.

BD:What goals do you have for your artwork, what does the future hold?

Dwight Hwang:To remain true to gyotaku in its traditional form. Sumi ink and Washi paper only allows my art to be in black & white. Other than my red signature seal, all of my work is strictly monotone. Even the eyes are brushed in by hand with sumi ink without supplements of white paint as I believe that would remove the viewer out of this classical world that I would like for them to remain in. To some, these results may appear overly simplistic or minimalistic. Perhaps it’s because my roots are Asian that I find it aesthetically pleasing. This way of thought can be found in other aspects of Japanese culture. For example, sushi in the West has evolved into concoctions involving elaborate, colorful rolls containing mixtures of fish, fried shrimp, vegetables, etcetera, that are then covered in sauce. Delicious indeed! But these do not exist in Japan, nor would they since it goes against what is considered ideal: a single, perfect piece of nigiri that contains as little as possible while expressing as much as possible.

My goal for gyotaku is no different. 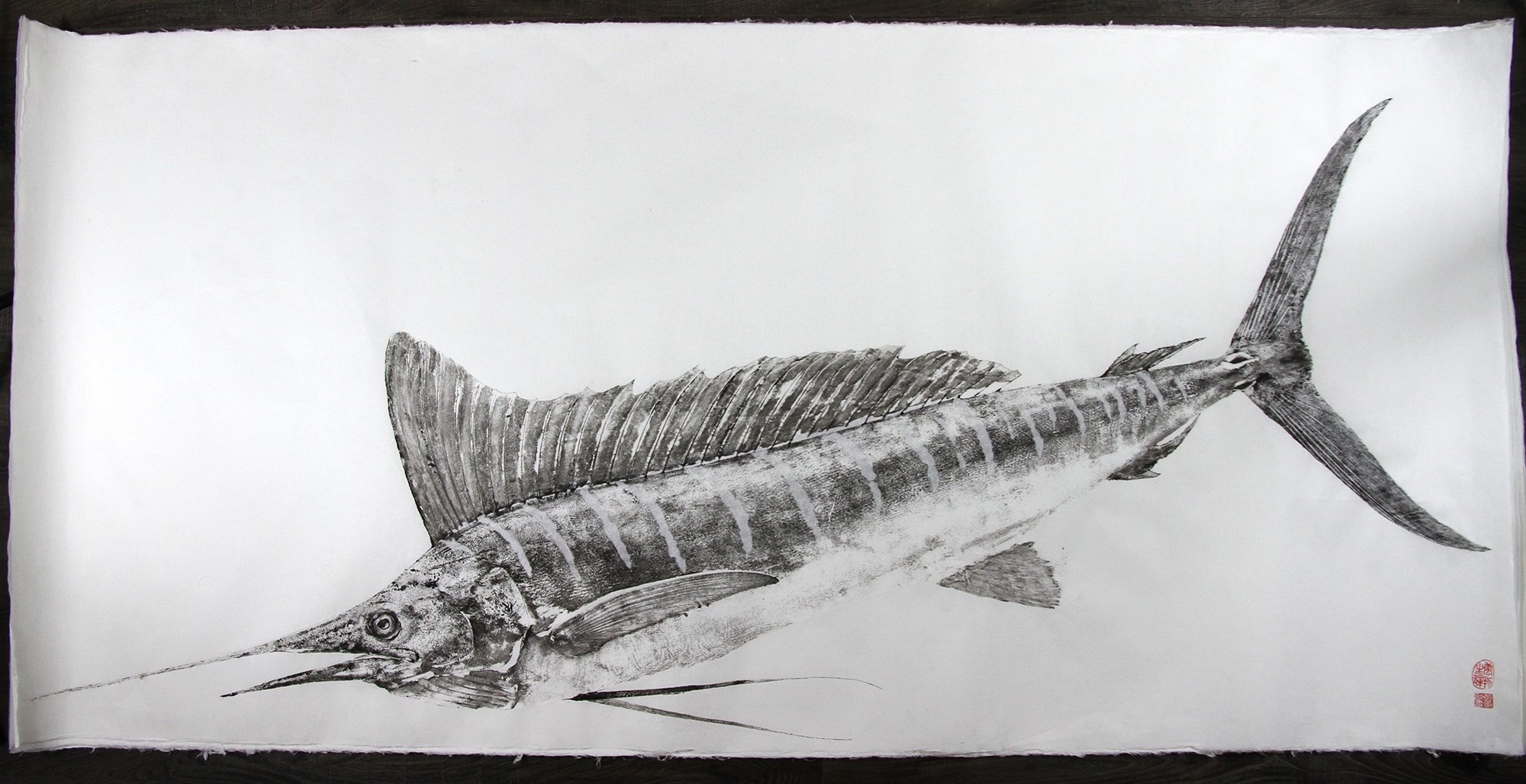 BD:Is there a message or theme behind your artwork?

Dwight Hwang:This art form has the potential of inducing excitement or a quiet nostalgia. Whichever memory a person holds onto, I hope to tap into it and bring the viewer back to a moment that they cherish. 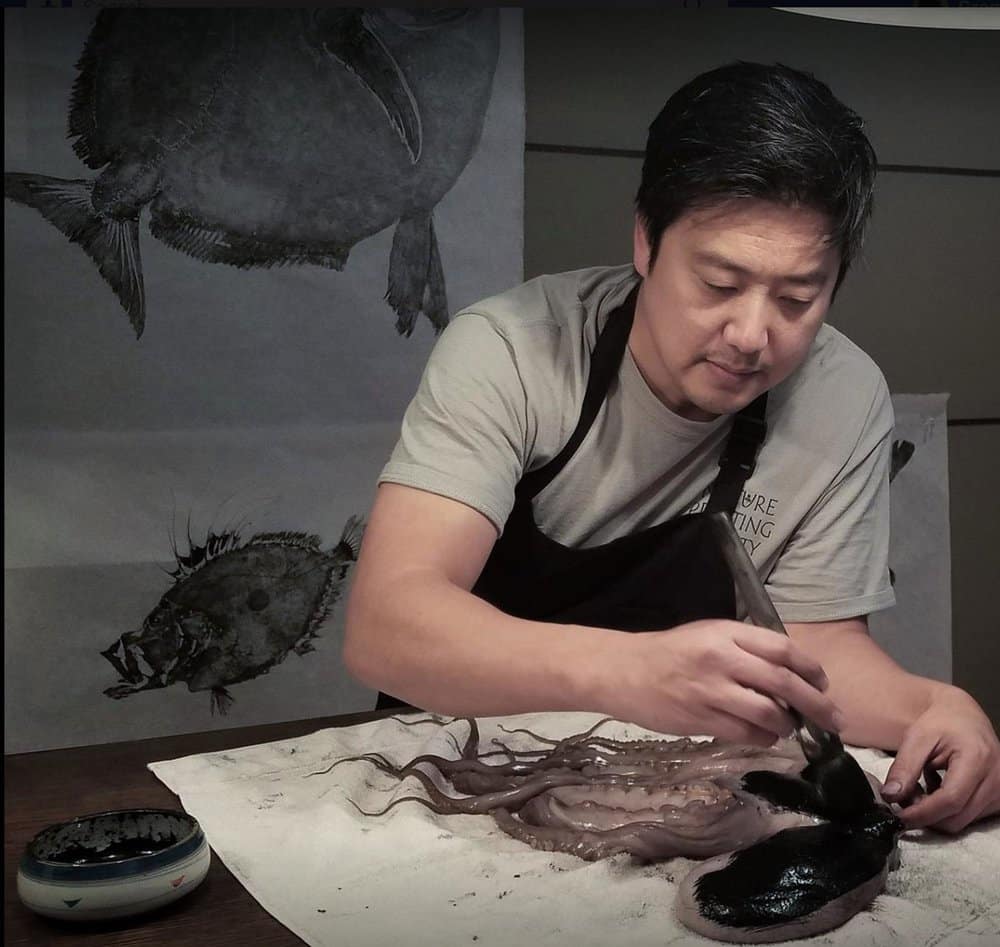 BD:What or who (or both) inspires you?

Dwight Hwang:I think before my son was born; it was always about myself. But when he came into my life, just about everything centered around my love for him. How I hope he’ll come to view me and hopefully learn from me. I watch him and am inspired by him as everything is new to his eyes. His innocence inspires me to work harder and to push myself further. I like to think that one day he’ll look back on me and see that his old man simply translated his love for him through his art. 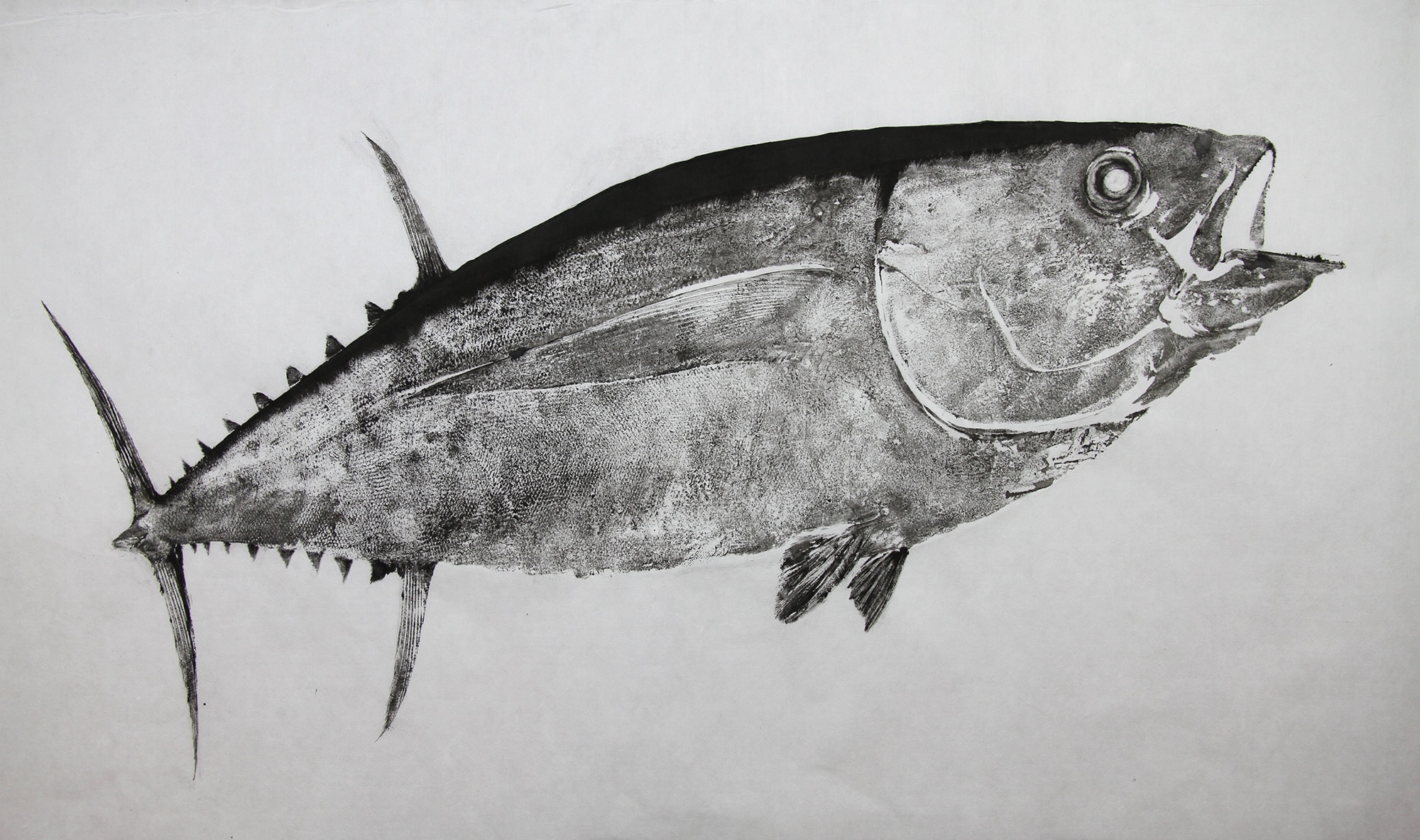 Dwight Hwang:Originally, gyotaku prints were created as flat, straight profiles of the subject as it was meant for documenting rather than art.  And so, we began to experiment in printing fish in different angles and perspectives. Once we figured that out, we moved onto depicting fish with not only different perspectives, but to twist their bodies to create more depth. All this was technically difficult and frustrating in process, but there was one specific pose that I really wanted to attempt as it was largely considered to be impossible: foreshortening the body so that the fish appears to be turning in depth within the flat sheet of paper. A great deal of time was spent thinking about how to approach this. Once I believed I had figured out the approach, we purchased a 40-pound tuna from Prime Time Seafood and set out to prove that it indeed can be done. 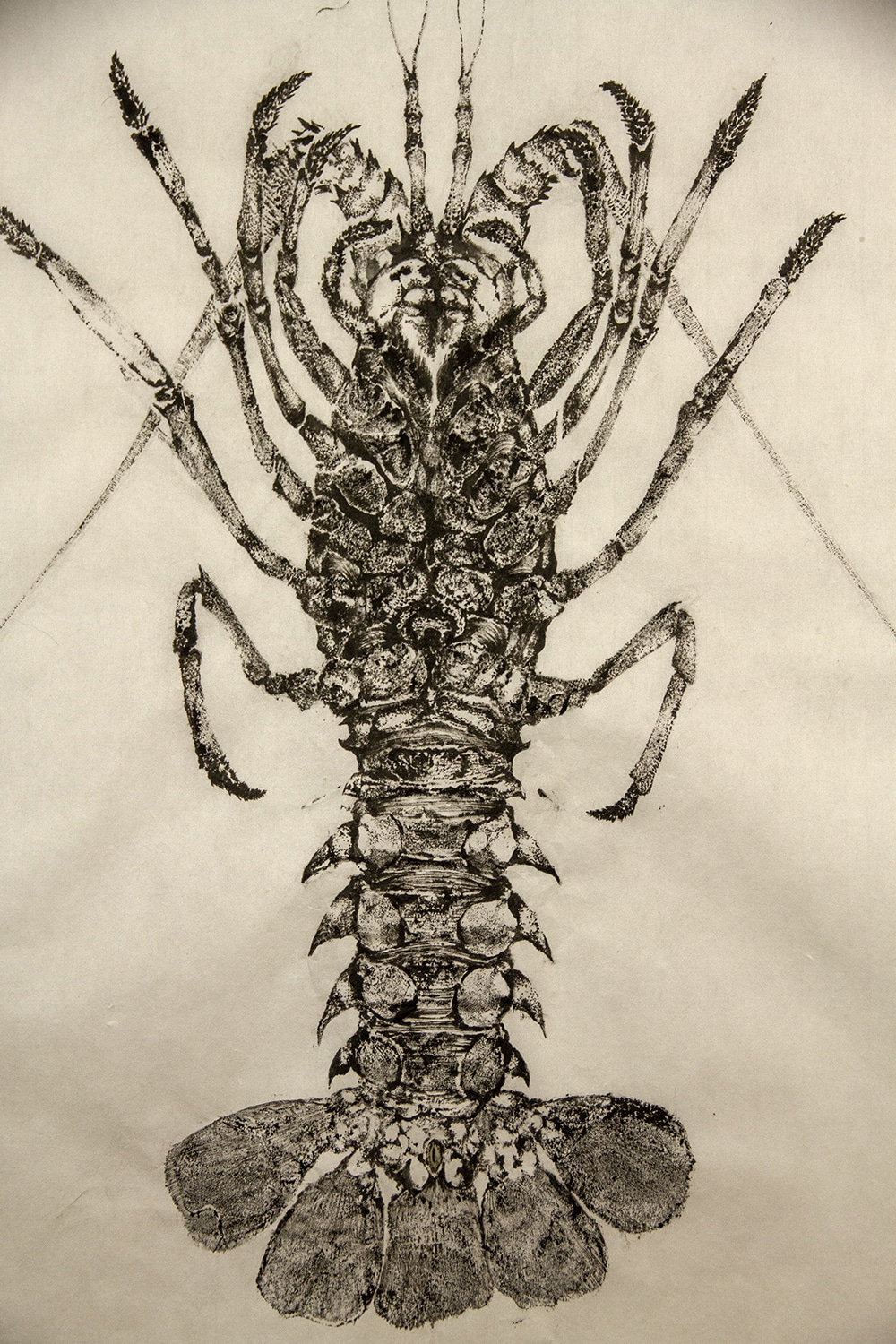 BD:What brings you the most satisfaction or sense of accomplishment?

Dwight Hwang:Doing something that everyone, including myself, says can’t be done. I have friends and peers who teasingly challenge me to print something that they firmly believe is impossible. For example, people would heckle me into printing a sea urchin or the underside of a lobster. If they knew me, they’d know that comments like that only spur me into taking up the challenge. And when I do eventually figure it out, it’s personally very gratifying.

A huge thanks to Dwight for sharing his amazing talent in this traditional art form!