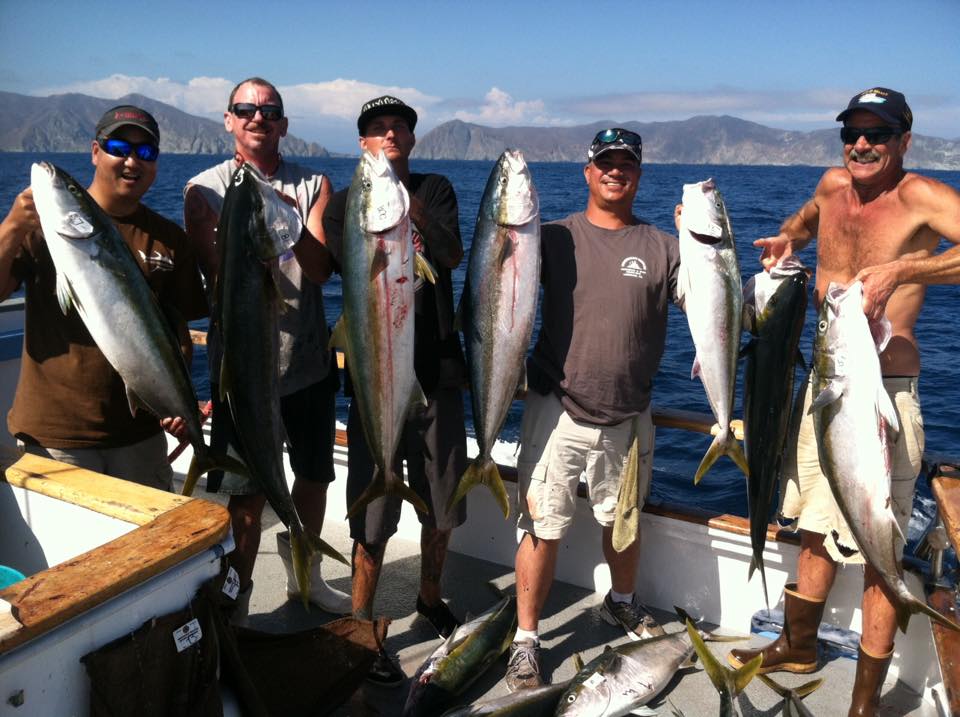 After a week of mostly slow tuna fishing, I think that most of us are ready for a change. Well that change is coming in the form of Friday night’s full moon. While it’s impossible to predict what that change will look like, I’d advise everyone to look at the water with a new set of eyes this weekend as yesterday’s pattern probably won’t hold up.

While we wait to see how things shake out, let’s take a look at what’s been biting this week. The big news continues to be the jumbo bluefin tuna that are biting on the offshore banks. There are a lot of pictures floating around social media showing happy anglers posing with these once in a lifetime fish, but those pictures aren’t telling the whole story.

If you’re thinking about taking a trip on your own boat or a sport boat, there are a few things you should know.

First off, these fish are not biting well. Any boat lucky enough to hook more than a handful of these fish in a day is doing extremely well. So, if you’re getting on a boat with 20 other guys, just know that the odds are you won’t even get a bite. Next off, these fish are really hard to land, even if you hook them on the right gear. My friend John Curry and his brother Travis were out on their boat Saturday when they found a school of giants. John hooked one on a Shimano Orca topwater bait and pulled the hook after an hour and a half. Next up, Travis hooked one on the same gear and was bit off after 3 hours of pulling. Finally, the area where the fish have been biting is really crowded. There have been as many as 25 sport boats anchored on the bank on any given day. Add to that at least as many private boats and it’s got all of the makings of a classic gang bang. Of course you can do what the Curry brothers did and find your own fish, but that’s hit and miss at best. After Saturday’s trip they went looking again on Wednesday and covered an extreme amount of water without seeing a single sign of fish.

If you want a shot at catching one of these giants, by all means get out there and go for it.

Just make sure that you’ve got some realistic expectations, the right gear and some new line. And whatever you do, don’t drop down to light tackle because the fish aren’t biting, you’ll be severely punished if you do.

In other news, there are plenty of normal sized tuna still swimming around in our local waters. I fished on Saturday and again on Wednesday afternoon and despite not being able to get any to bite, I saw a tremendous amount of tuna spread around below Catalina Island. For the most part the fish I saw were that 20-pound class yellowfin, but I saw one foamer of the jumbos that looked to be 70+ pounds. Despite the tuna not biting, every decent sized kelp paddy was holding dorado and yellowtail. These fish weren’t too interested in biting the flylined sardines, but they did bite the chunk. What worked for me was to chum some chunked bait and then put a piece on a hook and flyline it back with the other chunks. Guys have also been getting some tuna by flylining baits while chunking but I didn’t have the patience to sit there and do it for more than a few minutes. If you want a change of pace from the offshore fishing, there are yellows biting along the coast from San Diego to Long Beach. This week’s hot spots were off La Jolla, above Oceanside, outside the Horseshoe Kelp and at Catalina. These are the same big grade of fish that were biting earlier this year. If you’re planning a trip on a sport boat you should bring at least 30-pound test and have some bigger hooks to fish sardines or mackerel. Private boaters don’t need to follow the sport boats around to catch these fish, there are plenty of them scattered around and they can be located by slow trolling mackerel around areas that are showing signs of life.