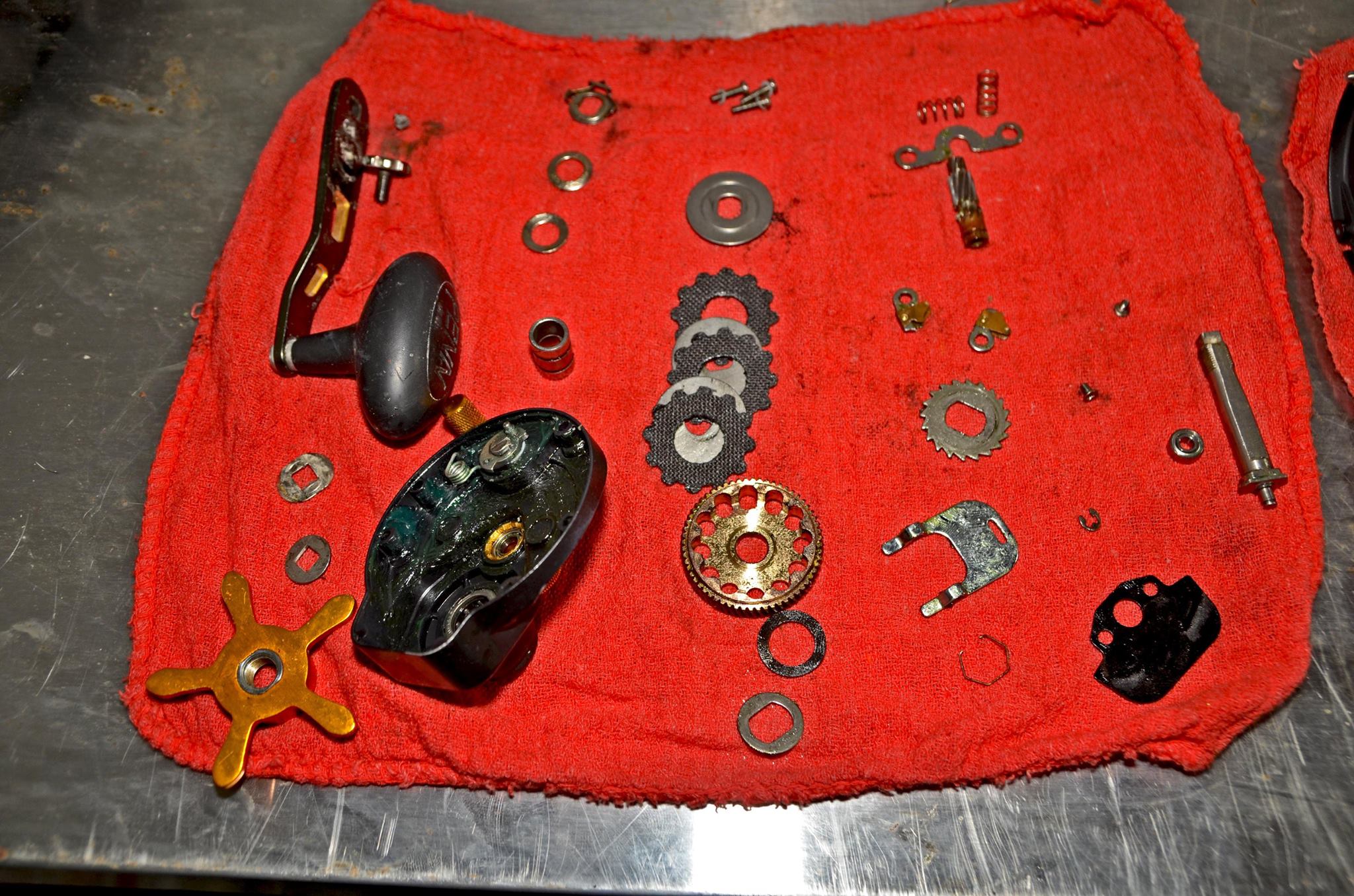 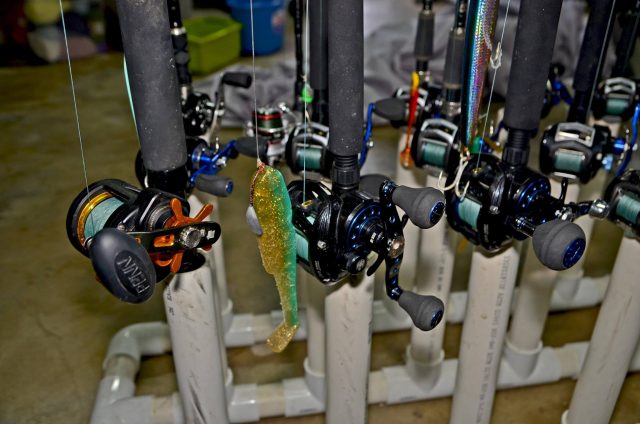 I’m usually pretty good about regularly servicing my fishing reels. But in the wake of the multi-year fishing whirlwind that was El Nino, I’ve realized that that I hadn’t been maintaining my reels so much as keeping them on life support. After spending an afternoon feeling drags and checking for free spool I’d amassed a pile of over 30 reels that needed some sort of service. While I normally would have had that many reels serviced a couple of years anyway, the prospect of shelling out over $600 in labor, at $20 a pop at the local tackle shop, was enough to convince me to do it myself. 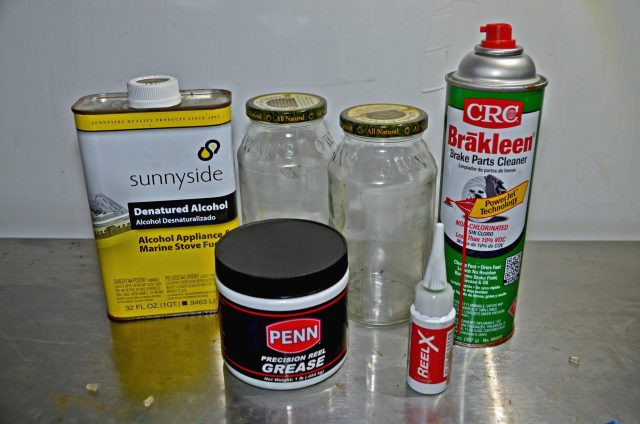 There are some very basic supplies you’ll need to service reels.

In the photo above I’ve got some denatured alcohol, a jar of Penn Reel Grease, Some Reel X bearing lubricant and a can of brake cleaner. The two glass jars will be explained later. 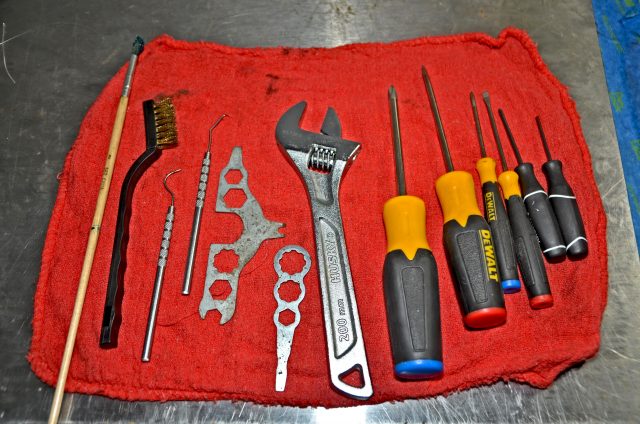 You’ll also need some tools. From left to right is a paint brush I stole from my wife’s art supplies to apply grease, a wire brush, some cheap dental tools that I use to remove clips and pull bearings, a couple reel wrenches, a crescent wrench and both phillips and flat head screw drivers in a number of sizes. 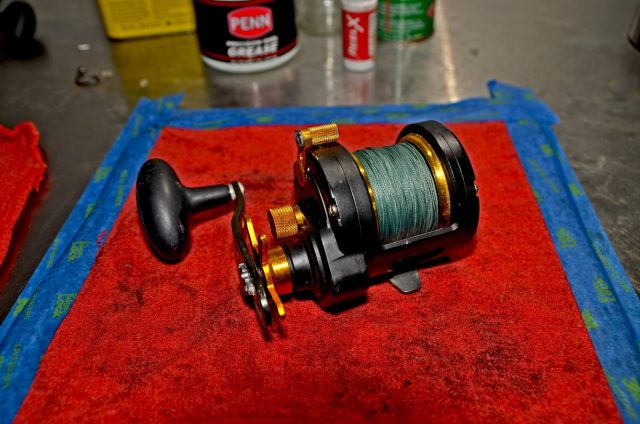 I chose a Penn Fathom 25N for this tutorial as it’s easy to service. The reel had caught multiple big bluefin last season, including a 120-pound fish, and was feeling a little rough but still had fairly smooth drags. 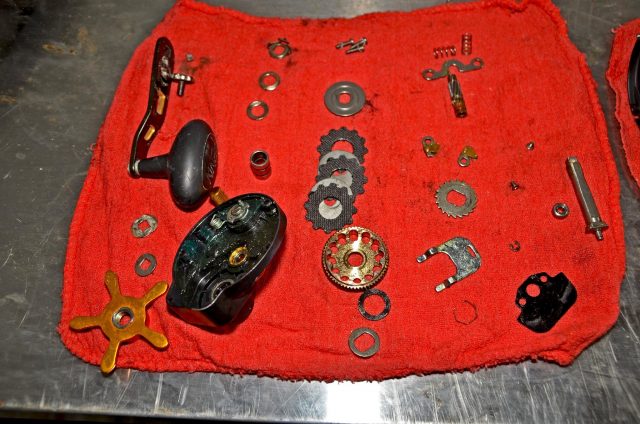 The first step in servicing the reel is to disassemble it. If it’s your first time working on a particular reel I recommend using your phone to take some snap shots of how everything went together before taking it all apart. Since I’d already serviced five of these reels in the last couple weeks I know it by heart but still line up all of the washers in the handle assembly in the order they came off because it can get confusing. 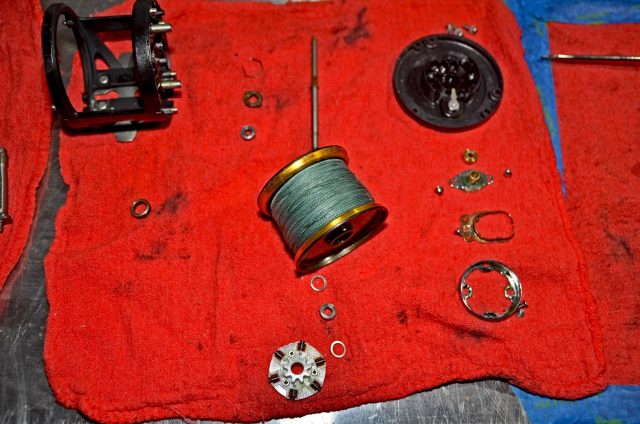 The Fathom star drag has a floating spindle, which is different than a Newell or Shimano reel, so you have to disassemble the spool as well. 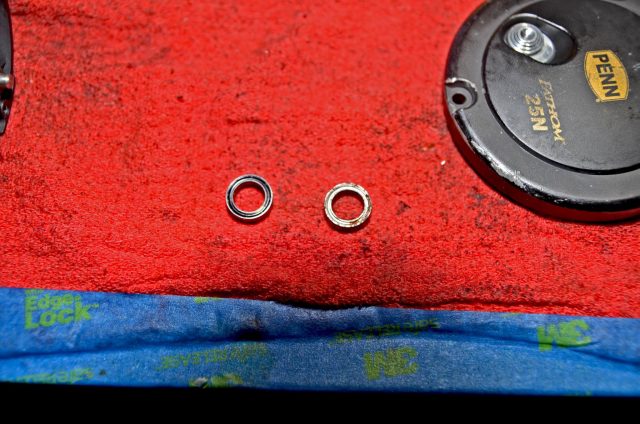 I found the rusty bearing that had the reel feeling rough, so I headed over to SavOn Tackle in Santa Fe Springs and picked up a new one for around seven bucks. You’re going to want to get rid of any bearings that show even a hint of rust even if they run smooth because they’re already compromised and will only get worse. 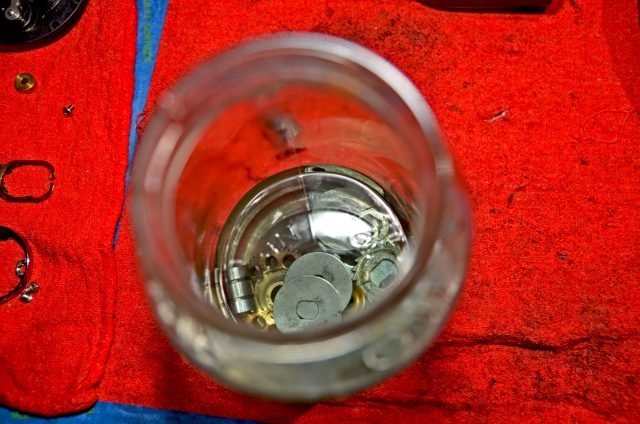 The rest of the bearings and all of the other internal metal parts went into a pasta jar with some denatured alcohol and after putting the lid on tightly I placed them in my ultra sonic cleaner. 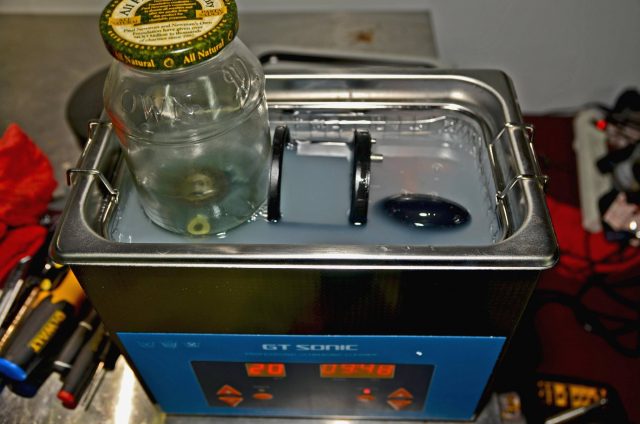 The cleaner is full of water with some dish soap, so I threw in the handle, the frame and the star and let the whole thing vibrate for 10 minutes. The ultra sonic vibrations go right through the glass so you can clean stuff without having to use chemicals directly in the tank. 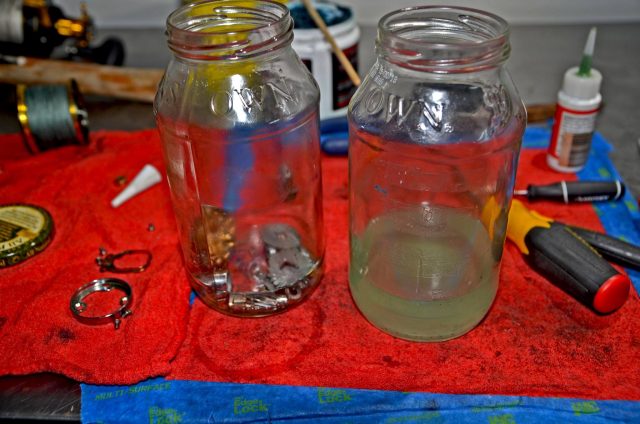 Once the cycle was finished I poured the denatured alcohol into the other jar and put the lid on to save it for next time. After dumping out the parts I blasted them dry with my air compressor. If you don’t have an ultrasonic cleaner or have a really grimed up part the wire brush and some break cleaner will get almost anything clean. Just be sure to use the break cleaner outdoors because it’s nasty stuff. 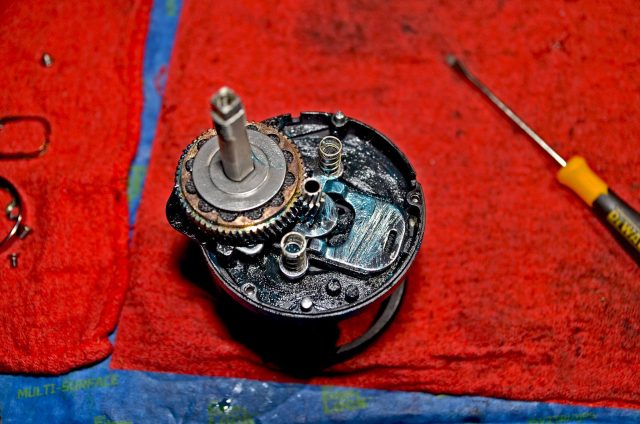 Before I reassembled the reel I greased the frame and the inside of both side plates being careful to avoid the dogs and any bearings. Bearings get a few drops of Reel X before being installed, you don’t need a lot. The drags washers on this reel were in pretty good shape despite catching a lot of fish, so I cleaned them off on a rag, lightly greased them and put them back in the reel. 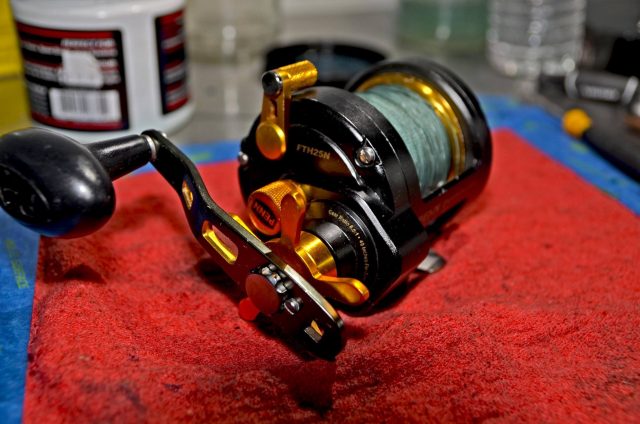 Once everything was put back together, and there were no parts left over, the reel felt smooth and gave me about 30 seconds of free spool with a vigorous handle spin. I tested the drag at the reel and it maxed out around 17-18 pounds which is fine with me. The best part is that the whole project only took about 30 minutes and cost less than $10 in parts. If you’re new to reel service, there are plenty of great tutorials available online and you can find one for every current brand and model. If you’re working in the garage like I do, I suggest sweeping up under your work bench before beginning so that it will be easier to find the tiny parts that shoot out of your finger tips and disappear.