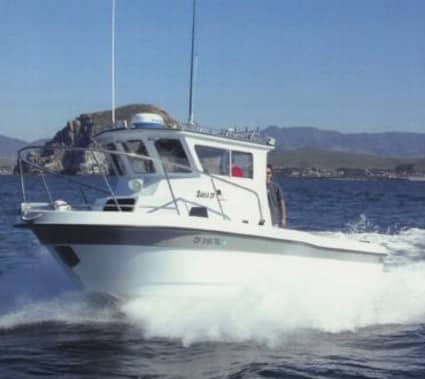 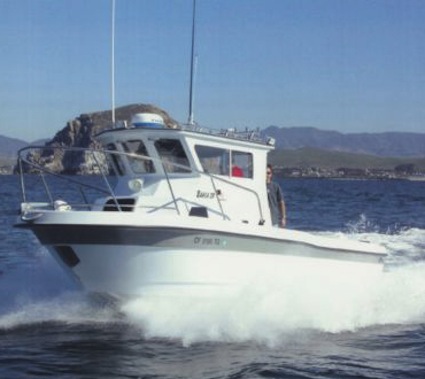 Davis Boats have always been known for their durability and ride. As a custom boat, the Davis hulls gained a strong following with West Coast fishermen who wanted a workhorse that you could comfortably fish from in all weather conditions. After a change in ownership of the molds, that tradition will live on as Davidson Boats.

Davis Boats provide a stable platform for fishing and diving that is capable of withstanding the punishment of regular use under adverse conditions. These molds will be used to create the new line of Davidson Boats.

“If you demand a boat that is built to exceed the needs of its owner, Davidson is the vessel you have been looking for,” says new owner Clayton Ludington. “Davidson Boats are constructed to commercial standards adopted from more than 30 years of sport and commercial boat-building experience. If you seek the ultimate in a do-anything, go-anywhere, no-nonsense vessel, choose Davidson Boats.”

Davidson will offer three models including the 22-foot Cortez, the Bahia 25 and the Rock Harbor 25. Each model comes in two configurations and every Davidson boat is custom-built to its owner’s needs.

Ludington, a longtime fishing and boating enthusiast, took the helm of Davidson Boats, and says the company will usher in a new era of positive growth and exciting developments. Davis fans can rest assured that Davidson will put forth the full commitment to quality, craftsmanship, performance and outstanding customer service that Davis Boat owners have come to expect.

Davis Boats’ owner Harold Davis announced in early February that he would no longer be building boats, much to the disappointment of his longtime loyal customer base.

Harold will keep the Davis Boats facility in Paso Robles, California open and continue to offer his services for boat repairs, maintenance, repowers and the many other things that he enjoys doing.

Davidson Boats was formed by Ludington who is a longtime Davis boat owner and enthusiast. Ludington has a rich history of hardcore offshore fishing since he was a young boy fishing with his father on the West Coast. One of the biggest accomplishments in his young fishing career was landing a 315-pound yellowfin tuna on rod and reel at age 11 aboard the Royal Polaris.

The Ludington family owned several different boats including a Boston Whaler, Aquasport, Skipjack and a Blackman before they found the perfect fit when and purchased their first Davis almost nine years ago. Since owning his first Davis, a Bahia, Ludington has purchased 50 percent of a Rock Harbor Short Cabin that he enjoys chasing albacore near his favorite place — the Davidson Seamount on the Central California Coast — the inspiration for the new company name.