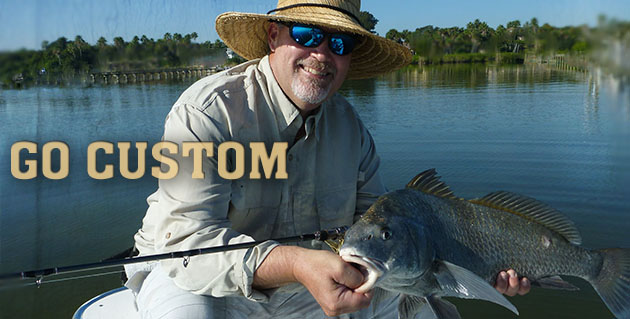 It holds true for anything that we own. We need to customize! We have a certain level of equipment that we use due to its affordability and availability. The same holds true for fishing equipment, and most of it works fine for our general uses. But if you’ve ever picked up a lightweight custom rod, you can immediately sense the difference and appreciate the qualities of a fine build by having everything you want on one stick. This can leave one longing to up your game and suddenly be disenchanted with your current equipment. 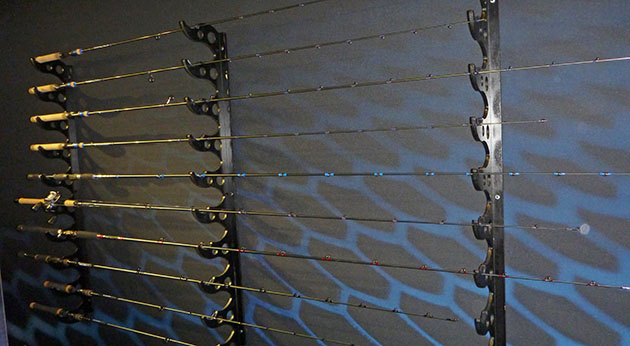 This was exactly the case for me as I examined the new RainShadow Immortal rod blanks on display at the Batson Booth at the 2014 ICAST trade show. Batson Enterprises had built up some examples from their popular RainShadow blanks and Alps/Forecast rod components. Even with a reel on them, they were some of the lightest rods I had ever picked up. These particular examples were built for freshwater and inshore saltwater fishing, but they offer more than 750+ rod blanks for every type of fishing. 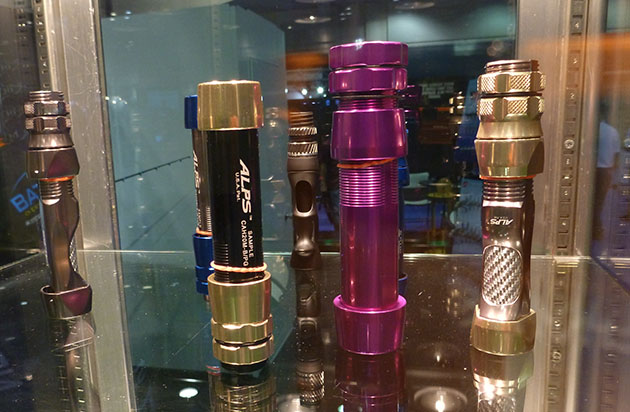 Now seeing the many shiny components in the cases and the thick catalog of choices they offer can be a bit intimidating to fishermen who are used to picking out a rod from the rack that they can hold and feel. I include myself in this group, though I’ve ordered the building of custom offshore rods for various boats I’ve run, this seemed harder.

But I was wrong and after talking a short while with the helpful crew at the booth, I began to see that Batson had found a way to make it simple. They have created a set of “blueprints” to follow for each specific build and end purpose. You can use their website to create a wish list of parts for your build or consult with their customer service staff to create a custom blueprint. They have many blueprints built and many more on the way.

If you do not see what your after, give them a call and they will give you all the help you need in building a custom blueprint (no charge). 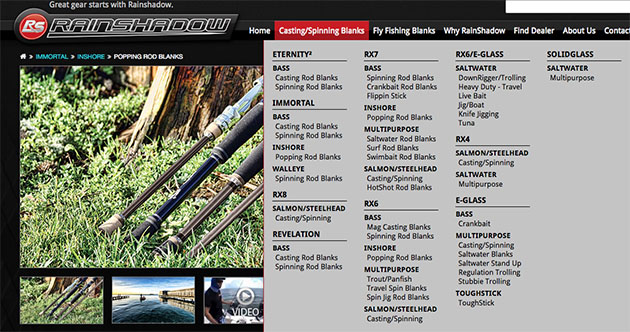 The first step is to pick the blank by your desired uses. If you want a rod for throwing iron for yellowtail, you find the blank they have built for that purpose. Then you pick styles, color and accessories, but the blueprint guides you in making the parts match in size and fit. Once your wish list is chosen, you can send it to your retailer of choice, local rod builder, or choose one from Batson’s list of top quality builders around the country.

I’ve recently reawakened a love of inshore saltwater fishing and my equipment needed updating badly. After feeling the Immortal popping rod blanks at the show, I knew that I would have to build one somehow. I went to the RainShadow website and clicked on the casting and spinning blanks section. I’ve been doing a bunch of topwater fishing so I clicked on the RainShadow Immortal Inshore Popping rod blanks. 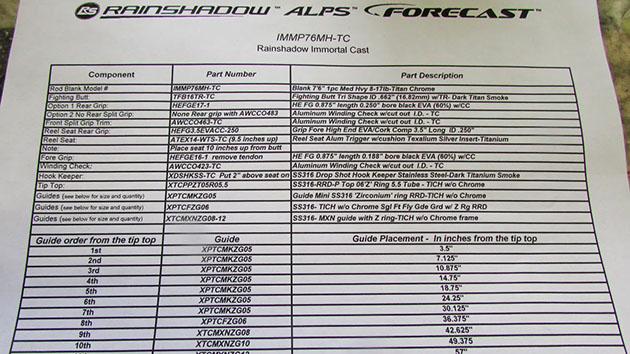 From this section, I picked out the parameters that I wanted in the new rod. From the list I chose a 7-foot blank that is rated for 8 to 17-pound line. I spoke with the crew at Batson and we came up with a custom blueprint for an inshore saltwater popping rod. The guide system was composed of a new, fast, choke down process that utilizes numerous small guides that channel the line out and really improve casting distance. The rod building market has been using this concept type of guide chain system for years, but has not hit the factory rod market. “ I was actually surprised at the distance I could throw. In fact, I can outcast a spinning rod, built with a conventional guide system, which I really did not expect.” 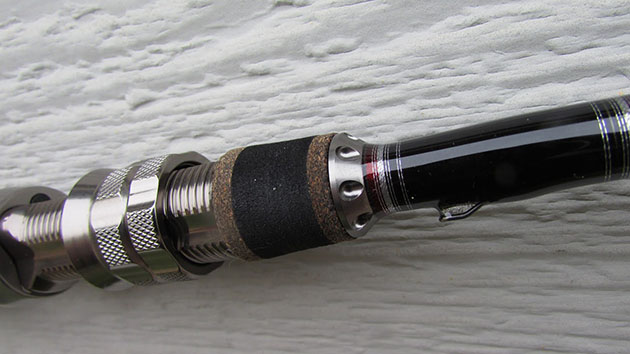 I got to pick out grips, reel seats and trim rings, both by style and colors. I chose a silver and black theme so that it would look sharp with any colored reel. There are numerous colors and styles for all function and tastes. We created a wish list online and then emailed that to our friend and rod builder, Bill Havens of Saltydawg Custom Rods in San Diego, CA. If you have a local builder, you can have them build the rod or you can refer to one of Batson’s many approved builders to assemble your outfit. 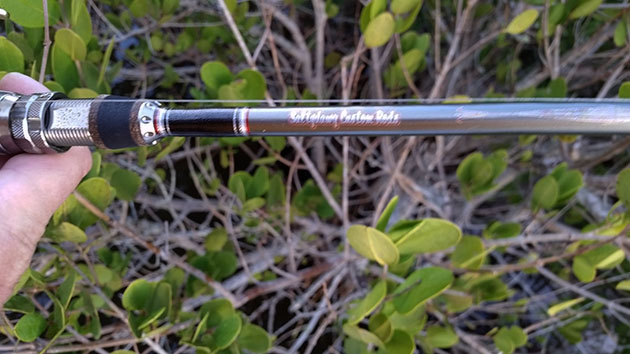 Saltydawg laid out the rod blank and components specs from Batson’s brands as far as guide placement and spacing. The end result was stunning and I could not wait for it to arrive. When that long tube arrived at the door, it was like Christmas morning all over again.

I unpacked it and studied the rod. I was still amazed at just how light this rod is in your hands. It had just the right amount of tip flex but transitions into plenty of backbone to set the hook. I headed to the garage and dug out a Shimano Calcutta 251. A quick spooling of 10-pound mono and I was ready to try it. A few casts in the pond by my house left me wanting more. 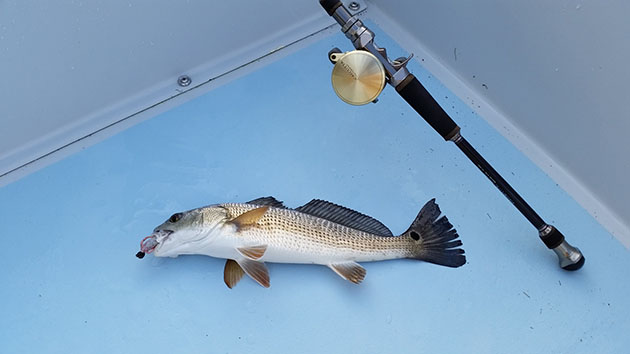 I slipped out the next Saturday morning to the nearby inshore flats of the Indian River. The wind was blowing as it does often in Florida winter, but I have the benefit of nearby canals where one can hide from the brisk north wind. I was throwing a Gulp shrimp on a ¼ ounce jighead. I was pitching up under the overhanging trees and docks and bouncing the jig slowly along the bottom and down the sloping sides towards the channel. I could feel everything the lure was touching. The custom RainShadow Immortal rod was super sensitive and the ALPS reel seat I chose leaves the blank exposed on the underside so that your hand is in direct contact with the vibrations in the blank.

When I did get that first bite, I set the hook and the fight was on. It was not a giant, but any redfish fights hard. I was really happy that I chose the ALPS trigger reel seat as an option because it fits between my fingers and really locks the reel in your hand for solid hook sets and general grip. Of course I kept fishing, hoping for a bigger one (imagine that) so as to really stretch out and feel the rod’s full capabilities. 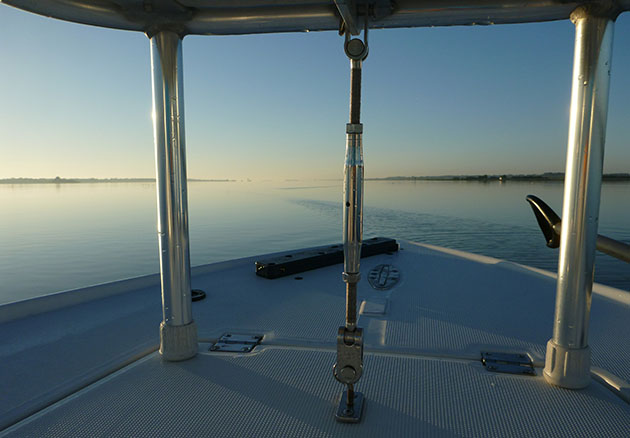 I caught a variety of trout, snook and more redfish in the following weeks, but not until I got and invite from Capt. Rick Worman of Flatline Guide Service did I finally get to pull on something with weight. The Florida winds had eased for just one day, and we found ourselves skimming down a glass calm channel that led us to some flats where Capt. Rick had been finding a school of black drum. With the same Gulp shrimp as bait, we eased along in about three feet of water looking for the school. 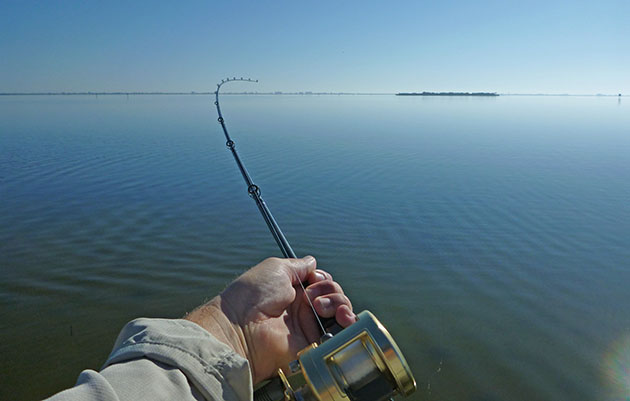 It wasn’t long before their silvery gray shadows appeared just ahead of us. I cast beyond the school and then reeled the lure to intercept their path. As the entire school swept over the bait, my line did nothing….. (Fooled ya!) But then after the next few casts, my line jumped and began to move off sideways. I reeled down to take up the slack and then made Bill Dance proud. The hook was set and the drum raced away towards deeper water, only to turn and try to rejoin the school. The custom RainShadow Immortal rod felt awesome and had just the right balance between feel and power. I liked the rod-butt length, as I could let the butt ride on my forearm for support as the drum bulldogged around the boat. Black drum don’t jump like other sport fish, but they know how to fight until the moment they are cradled in the net. 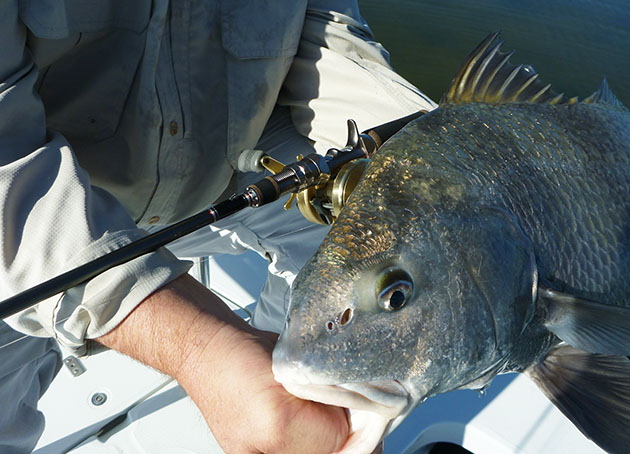 After a short revival and release, we turned our attention to the school and managed to do it all again. I was very impressed with the RainShadow Immortal blank and the ALPS/Forecast components and how well they performed. Better yet was the feel of the setup. Lightweight and well balanced, the only negative is that now I’m spoiled and the rest of my rods will get dusty.

So don’t be intimidated by the thoughts of building a custom rod or getting one built for you. In fact many people are finding that building the rod themselves is quite rewarding in itself.

Let the experience of the crew at Batson take the worry out of a custom build, leaving only the benefits and the fun.