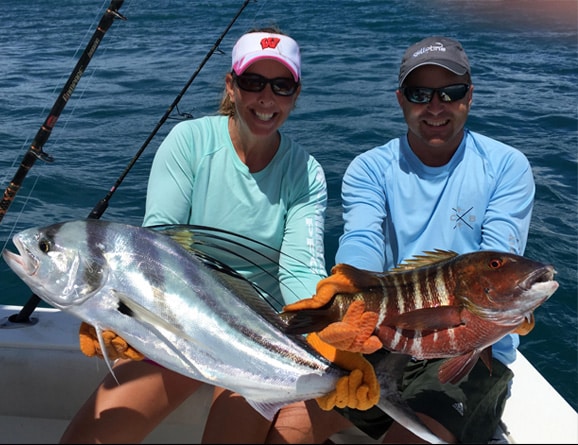 While I was at ICAST, the marlin fishing started to heat up. The groups Bianchi, King, Blenkhorn, and Shapiro all released marlin and the Hines group managed to release three. Most of the fish caught were within fourteen miles of Matapalo rock. 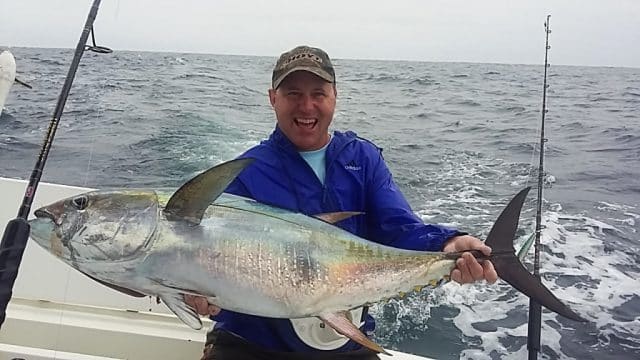 The yellowfin tuna are still around and we have been landing a few almost every day. Sailfish fishing has been a little slow, but there are always a few around waiting to surprise a patient angler. Ryan and Meagan Hunt DuLaney came down this week on their honeymoon. They started off their trip, catching their first roosterfish and a big African pompano. Their second day, they decided to head offshore, hoping for one last wedding gift. The “lady in the blue dress” didn’t let them down, and after a long battle, they finished the day with a blue marlin and sailfish release. 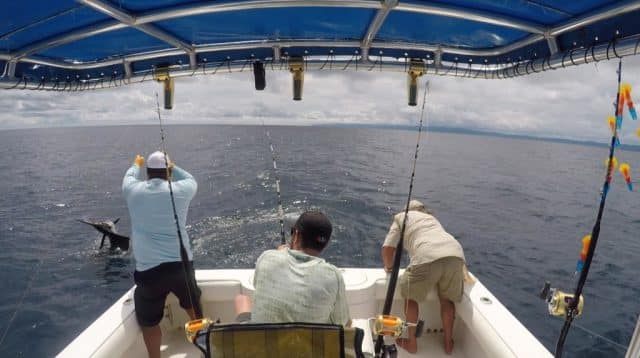 Fishing From Their Own Backyard
Owners of our new Curio Collection by Hilton Rainforest Residences – Randy Shapiro and Tim Babb all had great action inshore and offshore with Randy and Tim both releasing Pacific blue marlin – visit BotanikaResort.com to learn more about owning a Curio Collection by Hilton Rainforest Residence in Costa Rica so you too can fish from your own backyard. 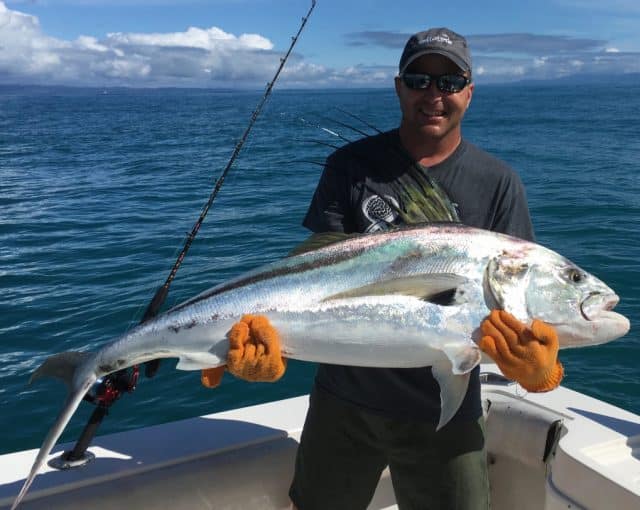 Inshore, the roosterfish fishing continues to be good. We are not catching the numbers we got at the beginning of the month, but there have been some big fish coming in. David Potts and family released 11 roosterfish, 7 snapper, 15 jacks and a mackerel in their two days of fishing and also enjoyed exploring Costa Rica’s pristine coastal rainforest. On Friday there were six roosters released, that were reported over thirty pounds and several estimated well above that. 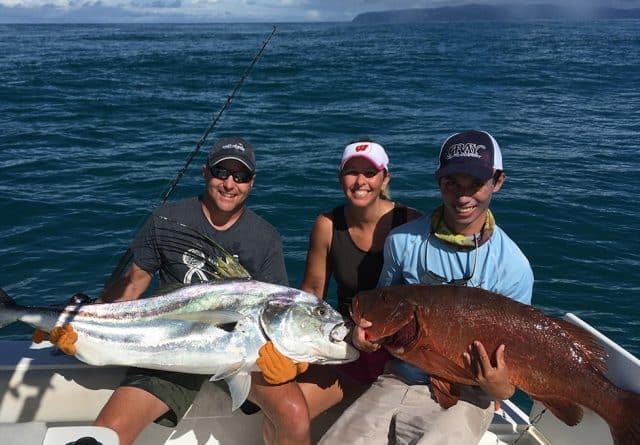 The snapper fishing has been decent and we have been catching grouper and margaritas in the deep water. On Thursday, I received my first reports of humpback whales in the Gulf and they should continue to arrive in greater numbers. 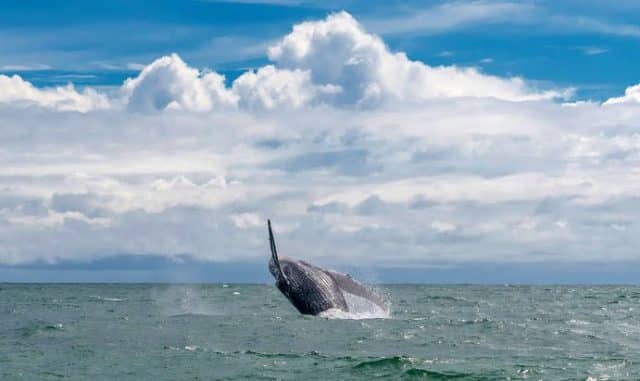 The Golfo Dulce, located right in our backyard, is a great place to see humpback whales with newborn calves. They are often playing on the surface or even coming completely out of the water in full breach mode. This is a nice added bonus to your day, as you head out for a day of fishing – the whales are usually here through October and sometimes into early November, so contact us today to check out some of great summer or fall Costa Rica vacation packages.