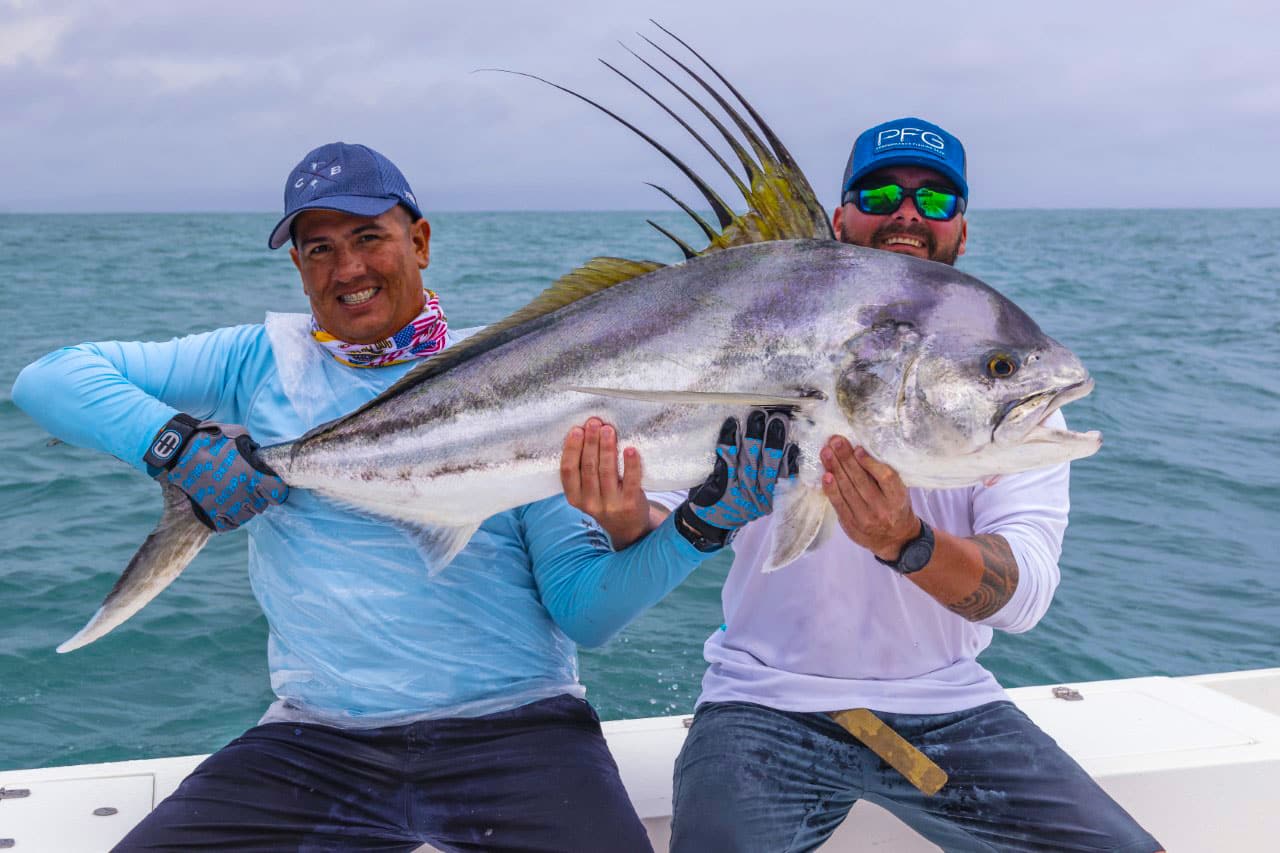 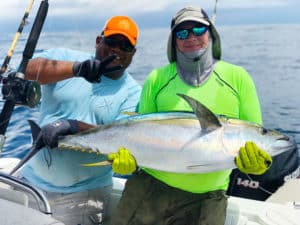 Great summertime action continues at Crocodile Bay Resort! July was an exciting month at CBR with some big days both inshore and offshore. The humpback whales are right on schedule and have been moving into the Gulf of Dulce giving our anglers some great views while traveling to and from the fishing. Offshore has been a mix of the usual suspects with a few marlin coming in, a fairly consistent sailfish bite and some big days on yellowfin tuna and dorado. 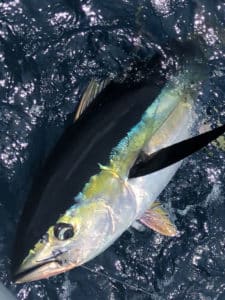 The Liss family from Chicago were recently here and got into a wide open tuna bite. In one day they landed over twenty tuna with fish up to sixty pounds. The tuna were running with a big school of spinner dolphins, numerous birds and the fish were feeding everywhere.  It was like something you would see in the ‘Blue Planet’ series from the BBC. The Liss family landed multiple triples with everyone taking turns passing rods over and under each other as the tuna ran all around the boat.

Another highlight was Geoff Blanco and his son Aiden, recently here on a family fishing vacation. They began their trip by catching nine roosterfish at the point off Matapalo. On their second day they moved offshore and found a log that was loaded with dorado of all sizes. Between the two of them, they landed twenty five dorado and five tuna. 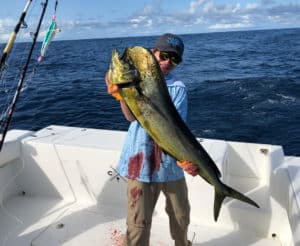 Although they were very happy with the steady action, a billfish had still eluded them. On their final day of fishing, there were dark clouds out on the horizon and offshore appeared to be a rather wet prospect. They decided to take their chances and headed offshore anyway. Mr. Blanco was on a mission to get his son his first billfish. After two hours of trolling, they went three for three on sailfish and fifteen year old Aiden out did this dad landed his first and second ever sailfish. With their mission accomplished, they finished out the day with a couple more dorado. Congratulations to Geoff and Aiden on a great week of fishing.

Finally, I would like to mention that at the beginning of July we made our annual trip up to ICAST. ICAST (International Convention of Allied Sportfish Trade) is a convention of fishing tackle manufactures and businesses associated with sport fishing that is held every year in Orlando Florida.

The products range from plastic worms to sunglasses, rods and reels, coolers, lures and apparel. It is done on a massive scale with companies going all out on booths and displays for their latest products. I am happy to report we had a very good show this year and I am excited with some of the new companies we are partnering with. I look forward to putting many new products on our boats as well as updating some of our current tackle from our many great sponsors. The 2018/19 season looks to be an exciting year.

As one of only four tropical fjords in the world, its bed is rich with volcanic reefs, crevices and caves that have become the breeding grounds for a staggering variety of marine life. It is believed that the gulf is the only place in the world where the humpback whales from both the northern and southern hemispheres gather to breed. Its calm waters have created the preferred home for super pods of dolphins with numbers up to 10,000.