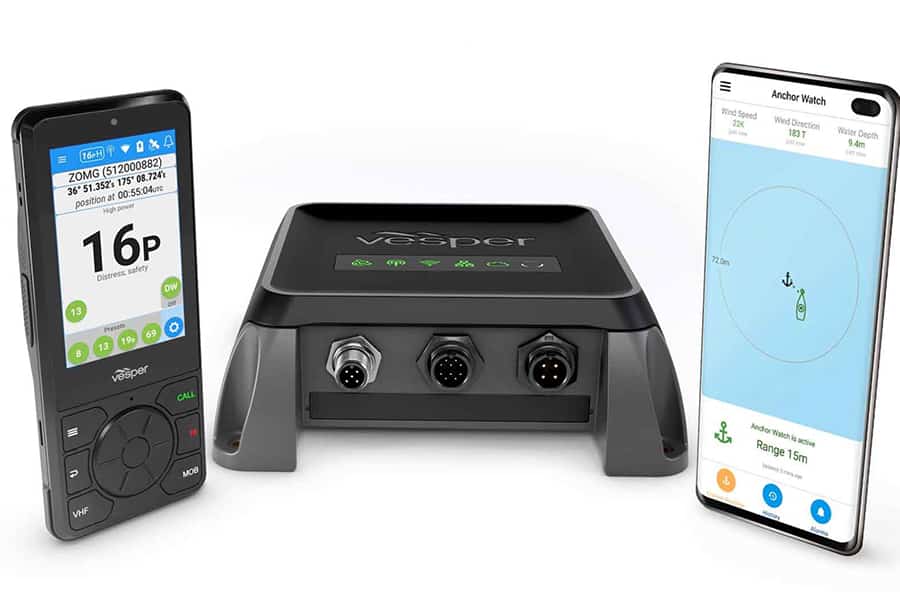 Check out the latest and the greatest marine electronics has to offer, for the year 2020.

Don’t blink – DON’T BLINK – or you’ll miss out on the newest marine electronics because this stuff evolves so dang fast it’s virtually impossible to keep up with. But never fear folks, we’re here to help keep you up to date and abreast of the changes and developments as they happen. And since the National Marine Electronics Association (NMEA) show and the International Boatbuilders Exhibition and Conference (IBEX) are now history, we’ve had a sneak-peek at what’s coming down the pike.

Here are five things we found thoroughly impressive, which we think you’ll want to know about. 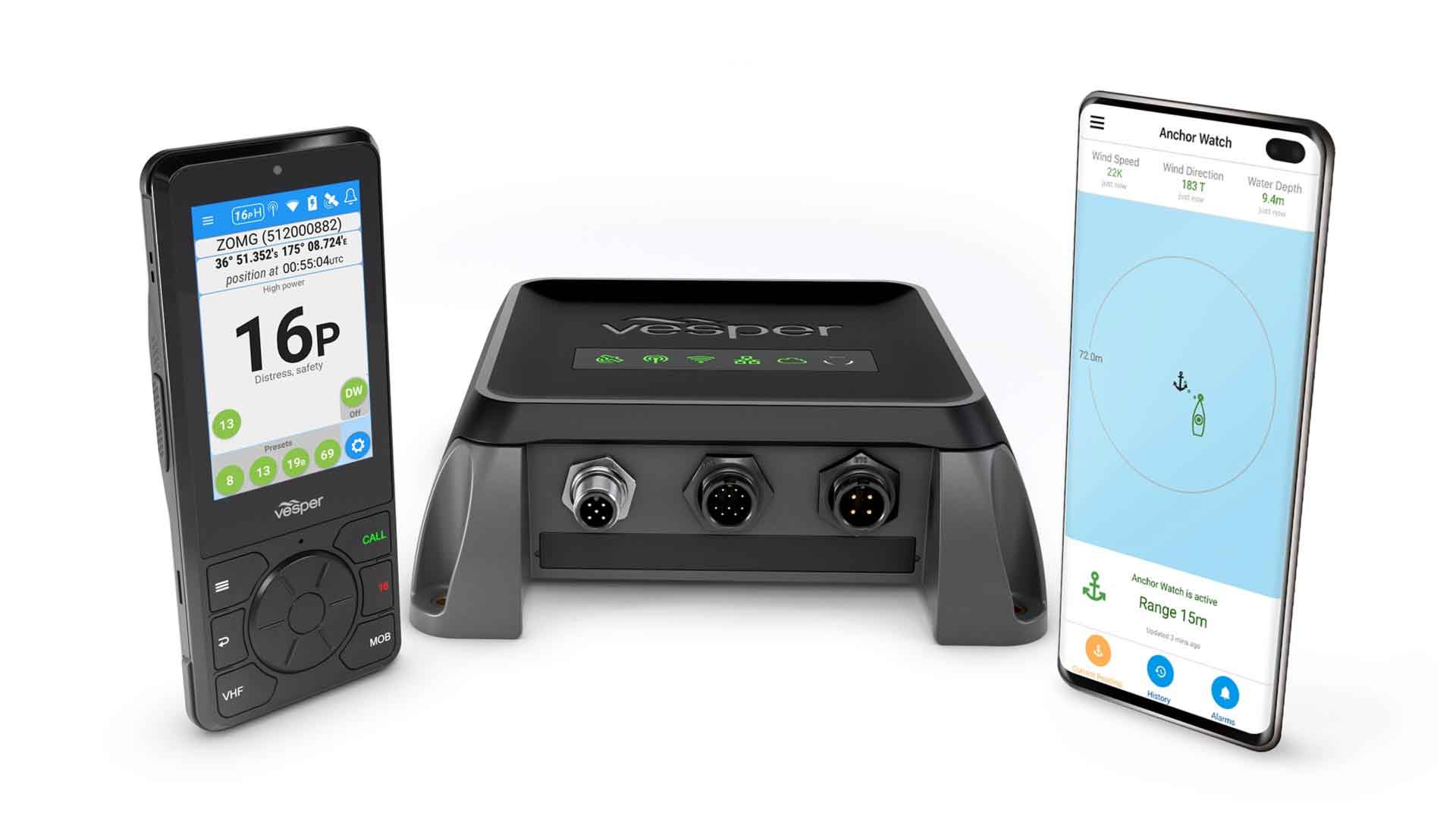 Vesper Marine introduced the Cortex, which won Best New Product at the NMEA show – and then followed that up by winning the Safety Equipment category in the IBEX Innovation Awards.

The Cortex reimagines what a VHF radio could and should be in the modern age, incorporating AIS and remote monitoring into a small black-box unit served by a cell-phone-like handheld controller. It’s incredibly intuitive and easy to use the touch-screen interface, and by wrapping these units together you get all sorts of interesting abilities. You can touch an AIS target to instantly hail them on DSC VHF radio; you can activate AIS MOB alarms, and you can WiFi the whole affair to your cell phone via their app. You also get free monitoring updates via cell (including the boat’s location, bilge alarms, and the like), though on a free basis that only happens twice a day; pay monthly to subscribe, and you can remotely monitor the boat at all times.

The FLIR M300, which won a technology award as part of the Raymarine/FLIR ClearCruise AR system at the NMEA show, is the successor to FLIR’s well-known M-series. We took a night-time boat ride with the M364C LR piped into an Axiom display, and several features leaped out as incredibly impressive. For starters, this dual-payload camera has a 30X zoom. We could see people sitting at a table on the promenade a quarter-mile away, no problem. Even more surprising, when we looked at markers we could tell if they were reds or greens at a glance – the M364C LR includes thermal color vision, the first of its kind. And the screen also showed details like the AIS identification of boats within view, since the camera includes ClearCruise Augmented Reality when viewed on an Axiom display. On top of that, the camera can lock in on a target and hold position even as you maneuver the boat, and that view will remain rock-solid thanks to integrated gyro-stabilization.

Garmin announced late last year that they’d be shrinking down the bodacious 8600 series (17” to 24” MFDs) to 10”, 12”, and 16” units, and we had the chance to play with ‘em at these fall shows. Truth be told, there’s not a ton of “new” here and these units are merely smaller siblings to the existing GPSMAP 8600s, but the series is still quite noteworthy because it gives the owners of smaller boats with less helm space the opportunity to get in on the top tech Garmin has to offer in an MFD. These fully-networkable touchscreen glass-bridge-style units have IPS displays, come pre-loaded with BlueChart g3 and LakeVu HD cartography, can handle any sort of Garmin sonar, and have built-in WiFi.

How many times have you bent down and squinted at the clear bowl on your fuel/water separator, trying to figure out if there’s any water in there? That’s ancient history if you mount an AutoSig on your boat. This is a NMEA2000-compatible, five-micron fuel filter/water separator, with an internal water probe. If any water makes its way into your fuel supply, you’ll get an alarm on your MFD immediately – before the separator fills up and you get shut down. Otherwise, the filter is essentially like any other, and surprisingly, is priced about the same as most regular filters.

Scanstrut introduced the Rokk Wireless Edge at these shows, bringing wireless charging to boats. These adjustable 12/24-v mounts hold your phone (virtually any size or brand) in place at the helm and can charge phones wirelessly even while they’re inside a case. These are also the first of their kind to carry an IPX6 waterproof rating, meaning they’ve been tested with water jetted from all directions over a three-minute period, without damage.

Okay – now you can blink.