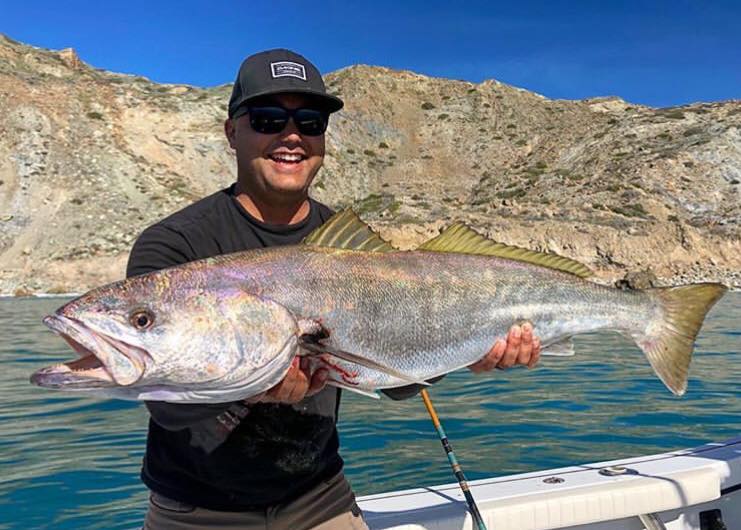 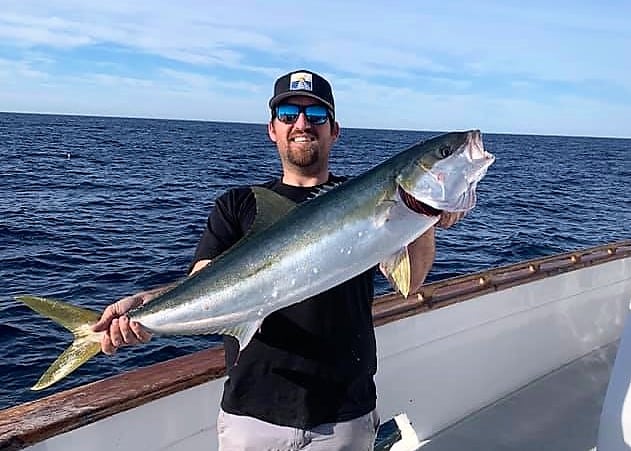 Welcome to February.  Not much to report on this week.

Last weekend there were some good hits for the boats going down to Colonet.  The Pacific Queen (above) and the New Lo An both got big scores.  Unfortunately, most of the trips for this weekend got cancelled due to weather.  Hopefully, the boats can reacquire these fish when they get back down there. 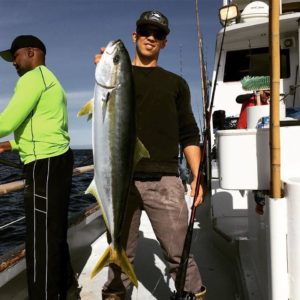 My buddy and Seeker pro-staffer, Nick Lam (right), was on the New Lo An.  Interestingly, he told me the fish were responding better to bait (dropper loop sardine) than the jig this trip.  He caught the first jig fish on the boat, then struggled before making the switch.  Meanwhile, his other buddy caught 4 on bait.  Need to be flexible and ready for what they want that day if the goal is to maximize what you bring home.

Speaking of the New Lo An, after 18 straight months catching a bluefin, the NLA’s streak busted this January.  With the streak broken, the boat is going to take a break for some maintenance during the month of February.  Capt. Adam Williams tells me he’s taking most of the month off for an 18 day long range trip.  Enjoy the well deserved time off Cap. 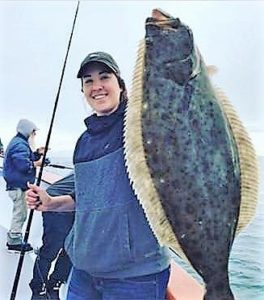 On the local front, it was pretty dismal fishing this week due to all the rain.  Bass and even sculpin counts were really down.  The one bright spot that I saw was the Wednesday halibut derby trip on the Dolphin.  The grade has been mixed, but they have been catching fish.  The picture (left) is from the previous week, but they got 4 more legals this week.

When I went to Colonet two weekends ago now, Capt. Matt Bralla (aka White Lightning) of the San Diego was on the boat fishing as a passenger.  Matt told me the boat would be offline through February.  I checked the schedules and it appears that the only San Diego – Full Day boat that is running right now is the Malahini out of H&M Landing.

I don’t have any inside dope on this or anything, but over the years, it always seems like some lucky anglers get rewarded going to fish the Coronado Islands on Super Bowl Sunday.  You might want to give that a look if you’re really itching for some action and not into the game. 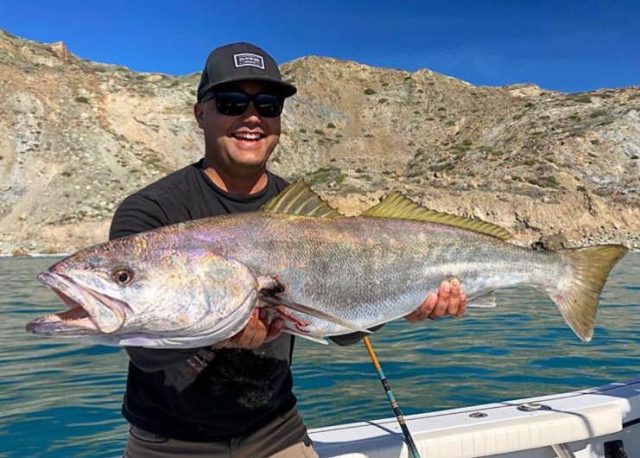 It’s not too early to start thinking about ghost hunting.  Capt. Mason Stoller of Pacific Fly Fishing Charters (above) got into some on Wednesday at a secret local island spot.  Mason told me he setup on a reef tight to the island, and the fish came through on the tidal change.  They landed 3 fish on 6 hookups using live squid on light tackle.  Their 3 included a big of 50#!

This isn’t a big sportboat game now since they aren’t really running until the opener, but it’s definitely worth looking ahead, checking your moonphase and booking trips.  Or look at a small boat charter like Mason’s.