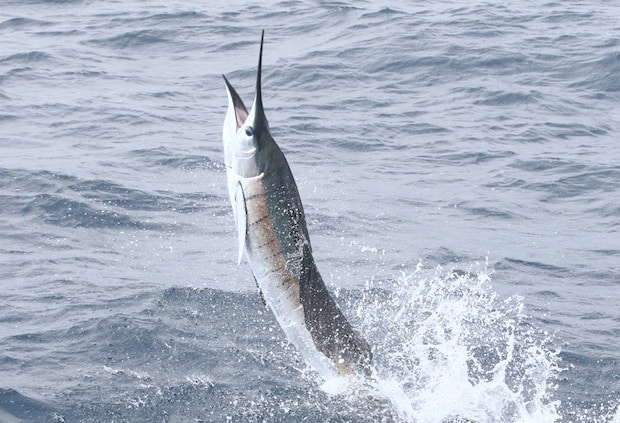 Herbert Nanne, TBF’s Conservation Director for Central America successfully proposed through the National Sportfishing Commission, where he is a member, an agreement to close the waters off Carrillo, Costa Rica, during the Presidential Challenge tournament to INCOPESCA, the Costa Rican Fisheries and Aquaculture Institute whose duties include management of the nation’s fisheries, both commercial and recreational.

Nanne said the agreement establishes “a temporal exclusive zone for sport fishing only,” extending to the north and south of the tournament site at Playa Carrillo to include the waters up to 40 miles offshore. Commercial longlining will not be allowed in this exclusive zone during the tournament. A patrol boat will be monitoring the closure.

“The recommendation was approved unanimously by INCOPESCA’s board,” Nanne said. “Alvaro Moreno, the coordinator of the commission and member of the INCOPESCA board, negotiated the terms of the agreement and area of closure with the other board members. He strongly believes in sportfishing as a way to continue developing the coastal provinces of Costa Rica.

Martin Contreras, the commercial fishing representative from Guanacaste, Costa Rica, backed the closure saying, “Sportfishing is very important for my province in generation of jobs and dollars.”

“This is truly a revolutionary move on the part of INCOPESCA,” says Joan Vernon, tournament director of the Presidential Challenge. “They recognize the importance of sport fishing tourism in Costa Rica and are willing to celebrate that importance through this closure. We hope that it’s only the first of many to come.”

Ellen Peel, president of The Billfish Foundation, said, “One main issue we’re facing with billfish conservation in Costa Rica is that medium-sized commercial longline fishing operations primarily target mahi-mahi and tuna and can fish within the first 40 miles from shore. Incidental catches of sailfish there is a big problem. It’s important because it sets the tone for future closures during sportfishing tournaments.”

Nanne added that the recent socioeconomic study on the impact of sportfishing on Costa Rica’s economy, completed by the Economic Science Research Institute of the University of Costa Rica and funded by TBF, has shown to government institutions and to the general public the tremendous value of sportfishing in terms of both jobs and hard currency generation. This closure is a result of that changing mindset toward the importance of sportfishing.

“We have developed a very good line of communication with Luis Dobles, the President of INCOPESCA,” Nanne said. “And also of extreme importance to the sportfishing sector is the opening of the National Sportfishing Commission, since several members of this commission are also members of the INCOPESCA board. We’re very hopeful for a bright future for sportfishing and conservation here in Costa Rica.”

For more information and to read the actual agreement in both English and Spanish, please visit www.billfish.org.