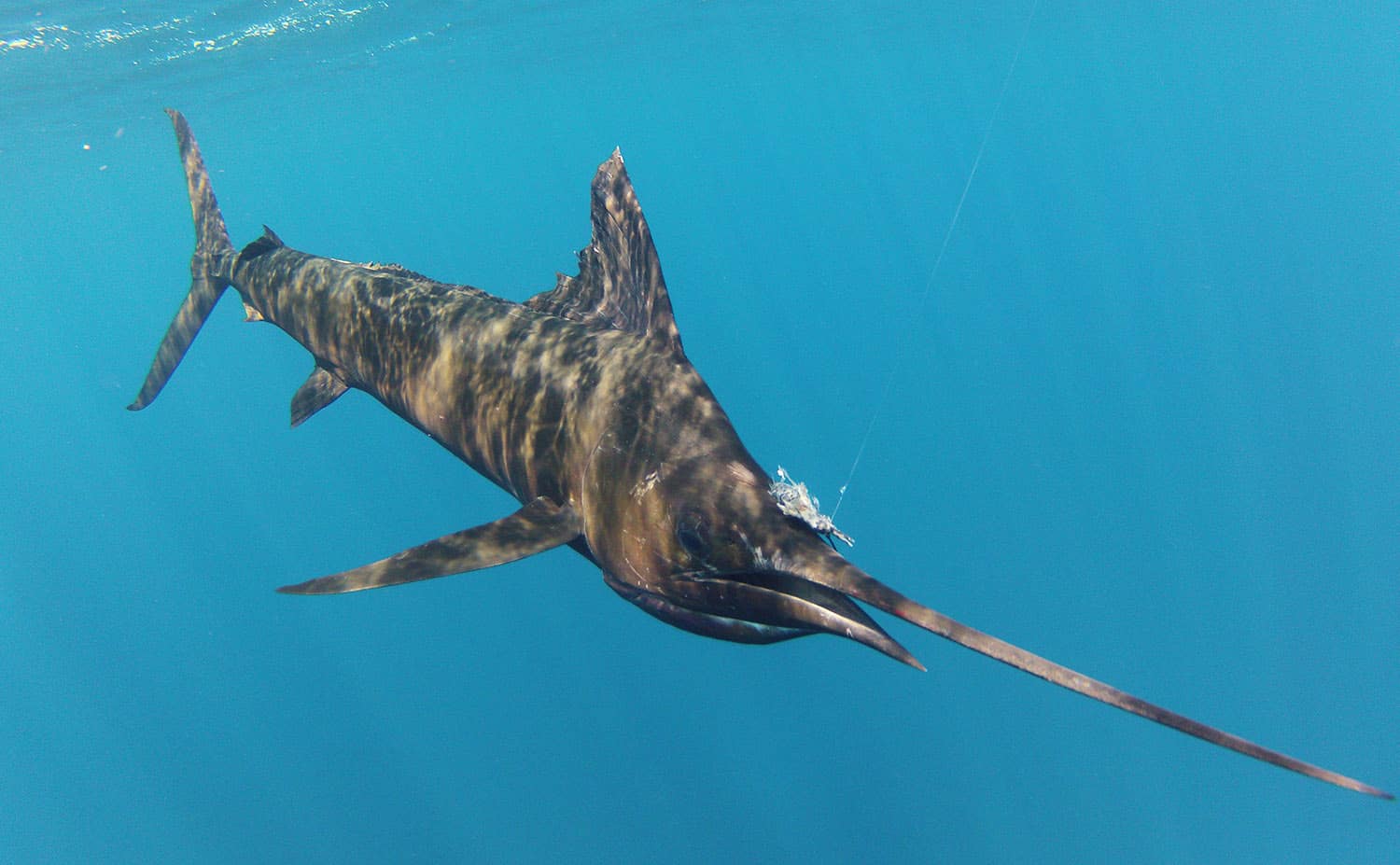 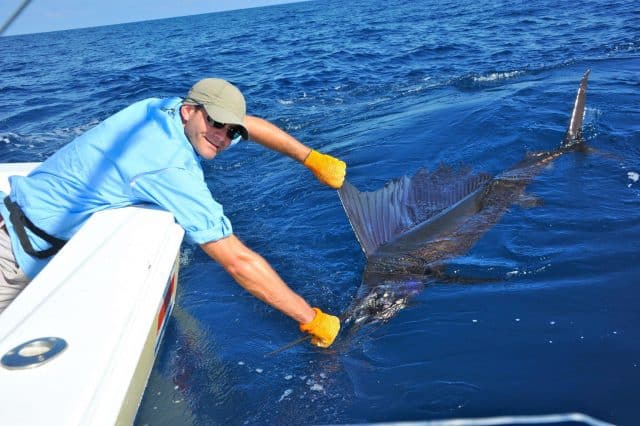 Greetings from the tropics. March has come to an end the Costa Rica fishing report has been interesting this month. Historically, March is a month with very good sailfish action, but not much variety. This year we have seen the marlin stick around and we are catching yellowfin tuna two or three days a week.

In the past five days we have released two marlin over three hundred pounds and caught fourteen tuna.

There has been a good concentration of bait offshore and the predators have been taking advantage of it. Big schools of dolphin, tuna, manta rays and  flocks of sea birds have all been hitting the bait balls. Even some Orcas have gotten in on the action, with one boat filming some amazing footage of whales passing under their boat and playing in their wake.

The sailfish are here in numbers but have been a little inconsistent. At times they have been feeding aggressively and readily coming into the lures. Other days, they have been  a  bit more “lazy” only following the teasers, but shying away from the bait. It has been a guessing game as to which type of fish we will encounter on any given day.

This month we had the pleasure of introducing several new anglers to their first billfish. Last June we had Thierry Couder here from France and he was looking for his first sailfish on a fly. Unfortunately, he did not get many chances and the fish were uncooperative.  I suggested he come back and try again in March, and Thierry took my advice. On his first day he released two sails on the fly and ended up landing four more during his stay. He told me he is already planning on coming back in December to look for a marlin on the fly.

Earlier in the month, I was introduced to the Conklin Family. Three generations, Charles, Chuck and Charlie. I was instructed that their mission for the week was to get Charlie a sailfish on the fly. I talked to them a little about teasing, fly placement and hook setting technique. I also explained, that their crew would do a few practice sessions, so Charlie could get used to casting the heavy fly  and see the timing for pulling the teaser away from the fish. As one last thought, I mentioned (it has happened to me several times) that it is possible to raise a fish behind a lure while practicing, so if your crew starts yelling fish, there really is a sailfish there. Well, as luck would have it  that is exactly what happened and a sailfish came up behind one of the lures, while Charlie was practicing his casting. The captain teased the fish in and Charlie made a good cast and hooked the sailfish. It was a great fight with the sail making several long runs and acrobatic jumps. With Charlie’s father and grandfather cheering him on, Charlie was determined to land the fish and after twenty minutes, the sailfish was finally billed by the mate and Charlie had his first ever billfish and sail on the fly. 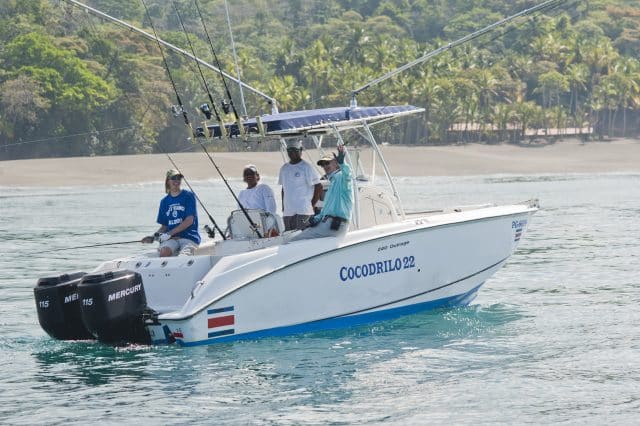 With offshore fishing maintaining the spotlight, the inshore Costa Rica fishing has continued to take somewhat of a back seat with our anglers. We have had some  good days on the roosters this month and I have seen several nice snappers and a few grouper heading to the kitchen. The area in front of our pier, has been loaded with sardines and goggle eyes and the roosters and jacks have been making daily attacks on them. If you are lucky enough to be there when it happens, you can cast your popper into an entire school of feeding roosterfish. 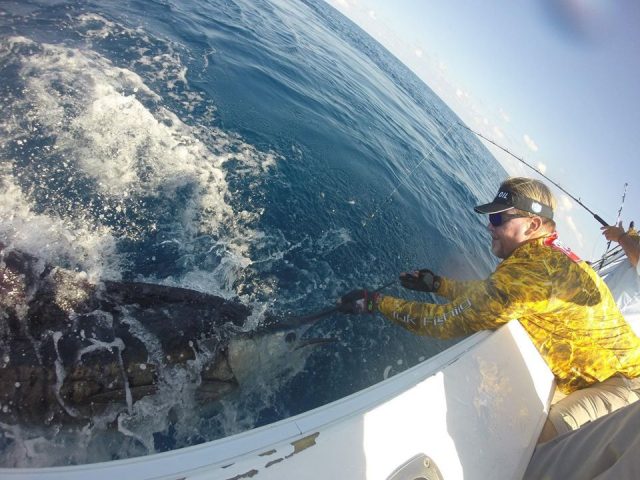 I would like to thank Mark Davis for coming down this month to get in on some Costa Rica fishing and film another episode of his television show “Big Water Adventures”.   Mark is a super guy and I always enjoy talking with him.

On a final note, we would  like thank Clayton Homes for visiting with their group this past month, they managed to release lots of billfish and were able to capture this amazing whale-shark encounter on video!

Visit Crocodile Bay’s website for more info or to book your adventure!