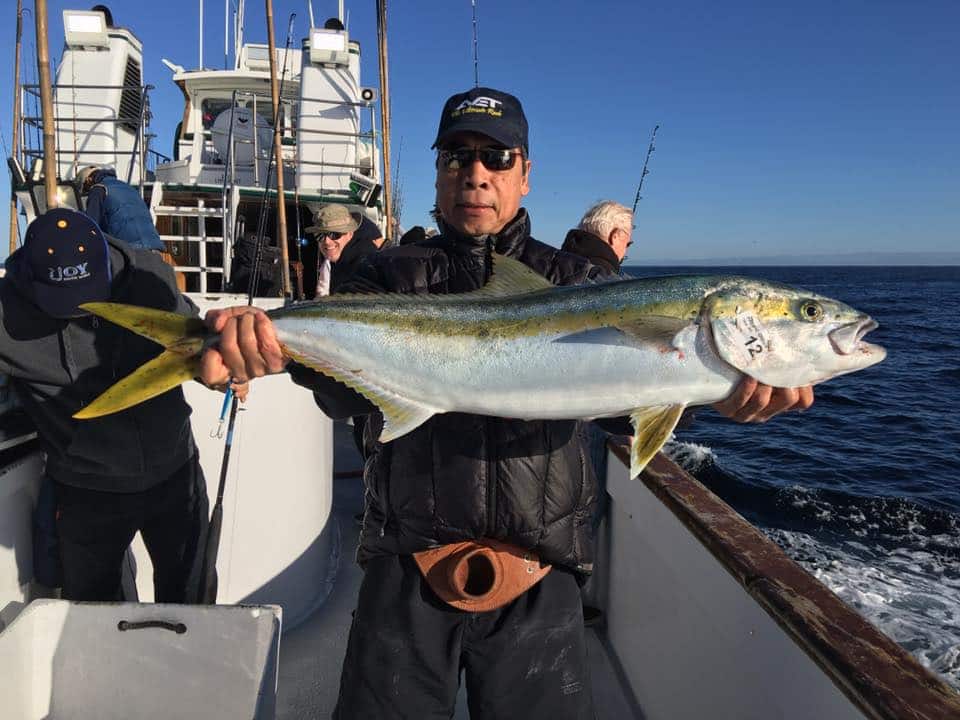 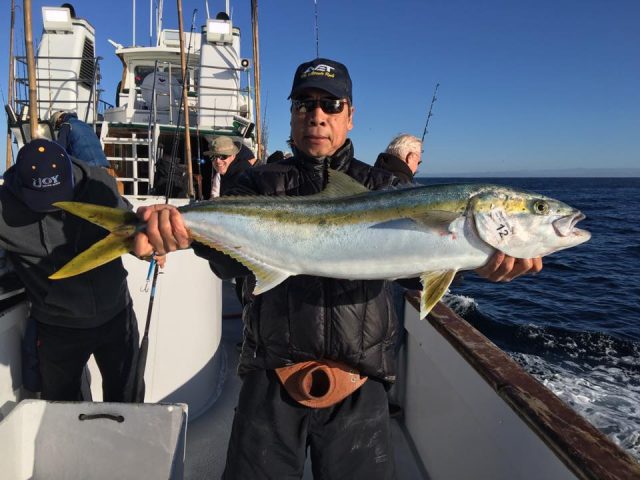 Well it looks like the yellowtail at Colnett weathered the big storms just fine as boats making the run over the weekend reported good to excellent fishing. Quite a few boats ran 1 1/2-day trips over the weekend and everyone caught fish. One of the highliners was the Pacific Queen who reported limits of yellows from 10 to 25-pounds for their 22 anglers. The Liberty also had good fishing and tallied 64 yellows with 100 quality rockfish to round out the count. 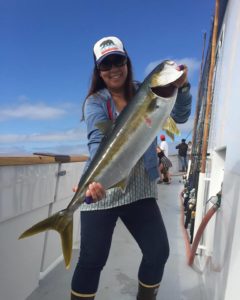 For the most part these fish are being caught on yo-yo jigs but have occasionally been coming up and biting the surface iron as well. Liberty captain Taro Takeuchi reported, “We had several shots on some nice schools and the hot ticket was by far the yoyo jig on 40-50# test. Some of the hot colors were the mint, scrambled egg and red crab. Full sized jigs like the Salas 6X and 7X have been working a tad bit better than the “jr” size. Other good items to have in your tackle box would be a handful of 8-16oz sinkers and some 1/0-3/0 live bait hooks.” Since several boats reported seeing bluefin down there over the weekend I would add that anglers should bring a 25-30# live bait combo and a 40-50# set up (or you can use your yoyo rod in a pinch).

The bluefin they’ve been seeing are likely hold over fish from last year, but we can keep our fingers crossed that they’re an omen of good things to come. 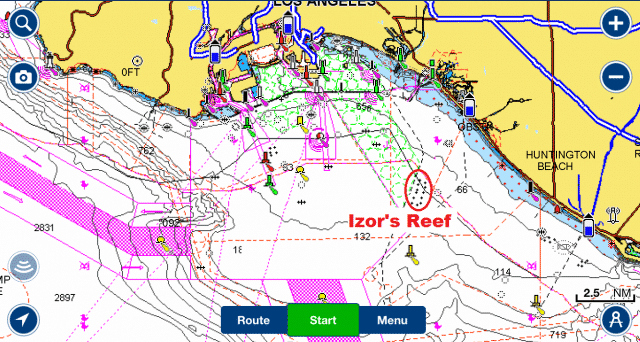 For those of us who don’t have the time to jump on a 1 1/2-day trip over the weekend, we’re probably going to need to satisfy ourselves with bass fishing. Most of the coastal wrecks and artificial reefs have been biting to some extent but this week’s hot spot was definitely Izor’s Reef. Most of the sportboats in the Long Beach and LA Harbors are laid in for maintenance, but the ones that aren’t are catching fish. The Monte Carlo out of 22nd Street Landing has been getting good scores of bass and sculpin aboard their half day trips. If you’re going on a sport boat you can expect leadhead and squid fishing both there and in the Santa Monica Bay, where the New Del Mar has been catching fish too. 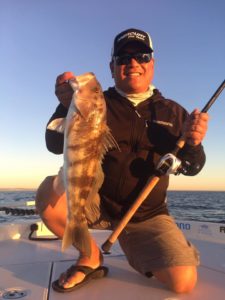 Private boaters have some more enjoyable options as the bass are willingly biting the swimbait for small and quiet boats. While sportboat anglers are having to basically snag their bait in the reef to get a shot at a bite, private boaters can expect to find biting bass suspended well up in the water column. So don’t expect to have to drag your swimbait on the bottom to get a bite. Just look for bait schools, cast out and allow your bait to sink slowly through them. Captain Benny Florentino of Coastal Charters ran a sand bass trip earlier this week and reported excellent fishing and great weather. Captain Florentino has open dates available for both coastal and island trips and can be contacted through his website.

Speaking about bottom fishing, I made the run to San Clemente Island on Sunday and found all of the bass holding deep and tight to the bottom despite excellent conditions. You can read my full report here. Private boaters are reporting metering yellowtail at both Catalina and Clemente but there’s a lot of red crab at both islands and the fish are happy to feed on that. Hopefully that changes when we come into the full moon on the 11th. We’ve got good weather forecast for the weekend after a small shot of rain on Friday, so get out there and catch some fish!