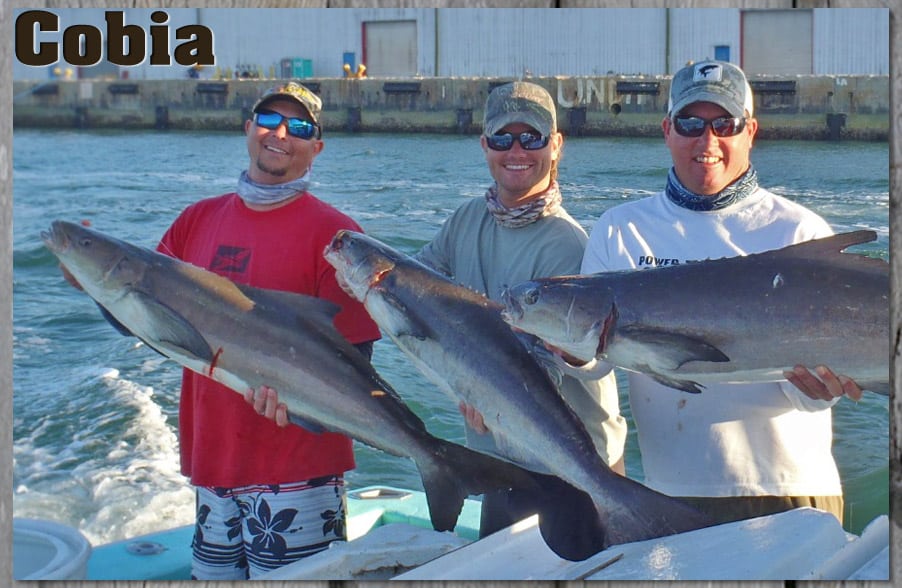 When a client yells “shark,” most Florida fishing guides instinctively grab a fishing rod. They know how often the supposed shark cruising around the boat turns out to be a cobia.

Like sharks, cobia have long, slender bodies and dark skin that varies from brown to light tan. Smaller cobia tend to have a white stripe running down their sides. 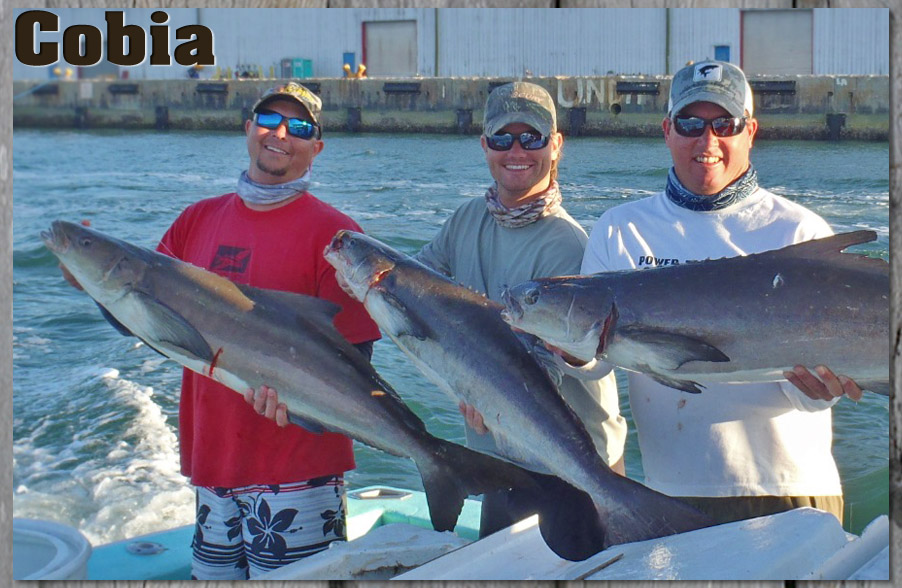 These hard-fighting game fish generally show little fear of boats and can often be seen cruising just below the water’s surface, making them excellent targets for sight-fishing.

PROLIFIC IN EVERY WAY

The range of cobia is virtually worldwide. They can be found in most of the temperate and tropical waters of the Atlantic as well as throughout the Caribbean and Pacific, including the waters off Australia, Japan and India. The IGFA all-tackle record cobia, in fact, was caught in Shark Bay, Australia in 1985. It weighed a whopping 135 pounds, or 60 kg. Most fish, however, average around 25 to 60 pounds.

Cobia are prolific breeders and fast growers, and that — coupled with their mild, flaky flesh — has made them a profitable species for aquaculture. Cobia are farm-raised in aquaculture facilities throughout the world, in turn taking some pressure off wild fish populations. They are also highly-migratory and spend a good portion of their lives moving to find their preferred water temperatures, which some fishermen pinpoint at around 68 degrees Fahrenheit. 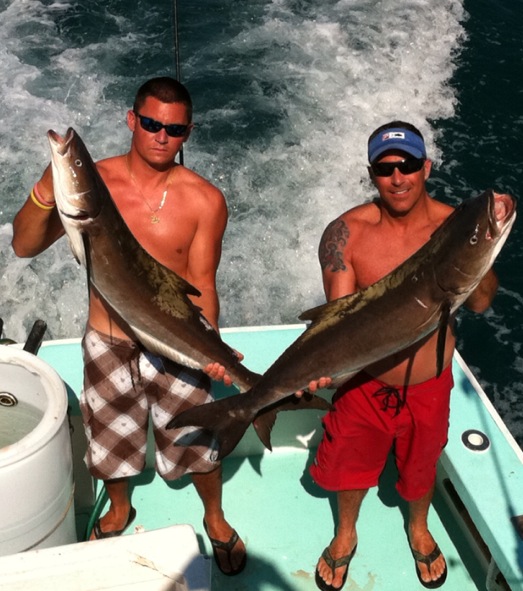 A FISH OF MANY NAMES

In fact, the cobia’s preferred environment is incredibly varied. Anglers target cobia on shallow flats, around ocean wrecks and reefs, and — arguably the most exciting method — on the surface. Besides being fairly easy to spot with their brown skin, cobia often go a step further to make themselves easy targets for sight-fishermen — they pal around with manta rays.

These massive, black rays can be seen from miles away, often jumping out of the water, sticking the tips of their long “wings” out, or pushing a massive head-wake as they devour plankton. It’s rare to find a manta ray without cobia near or below it, and a well-placed cast will usually result in a fast and furious hook up. Cobia will tag along with most other large, slow-moving ocean creatures as well, including whales, stingrays, sharks, manatees and probably even large tourists on snorkeling trips, although we wouldn’t recommend casting at those.

THEY ARE WHAT THEY EAT

The diet of cobia is equally varied, and investigating the stomach contents of your catch can help you determine their last meal and help you “match the hatch” for your next fishing trip. Most likely, you will find a mix of crustaceans and baitfish.

Small tripletail are common foods for cobia, as are hatchling sea turtles, although we don’t condone using either for bait. Swimmer crabs, mantis shrimp, lobster, eels and menhaden are also some of their favorites. This incredibly diverse palate means that when fishing for cobia, a wide variety of lures and baits can be used. Some of the most popular lures include chartreuse jigs, topwater chugger lures, jigs rigged with plastic eels, and vertical jigs for pulling cobia off deeper structure. The best natural baits include live crabs, shrimp, pinfish, croakers, and just about anything else that swims.

Using live or dead bait for cobia takes little action on the angler’s part besides making an accurate cast far enough ahead of the cobia so it won’t be spooked but close enough that it will see the offering. Catching a cobia with a lure, however, is more about getting them “fired up” than it is trying to fool them into thinking your lure is actual prey. Generally, a fast, erratic retrieve will produce better results than a slow one.

In earlier days, fishermen used to shoot cobia with rifles before bringing them into the boat. Indeed, cobia are known to sometimes go ballistic after being landed and have broken their fair share of tackle and 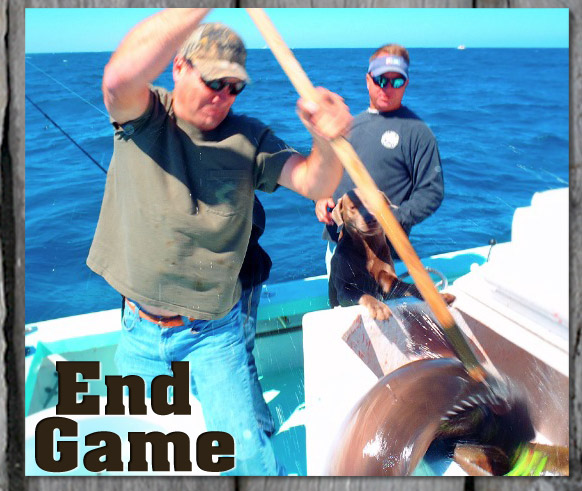 even the bones of unlucky fisherman. Using a large landing net instead of a gaff can often prevent such mayhem, or simply tiring the fish out as much as possible before boating them can do wonders.

Regardless, the cobia remains one of the most sought-after game fish because of its general abundance, good eating and excellent fighting capabilities. So, next time someone yells “shark!” while you’re out fishing, make sure it’s not a case of mistaken identity. It might just be a cobia looking for a fight.