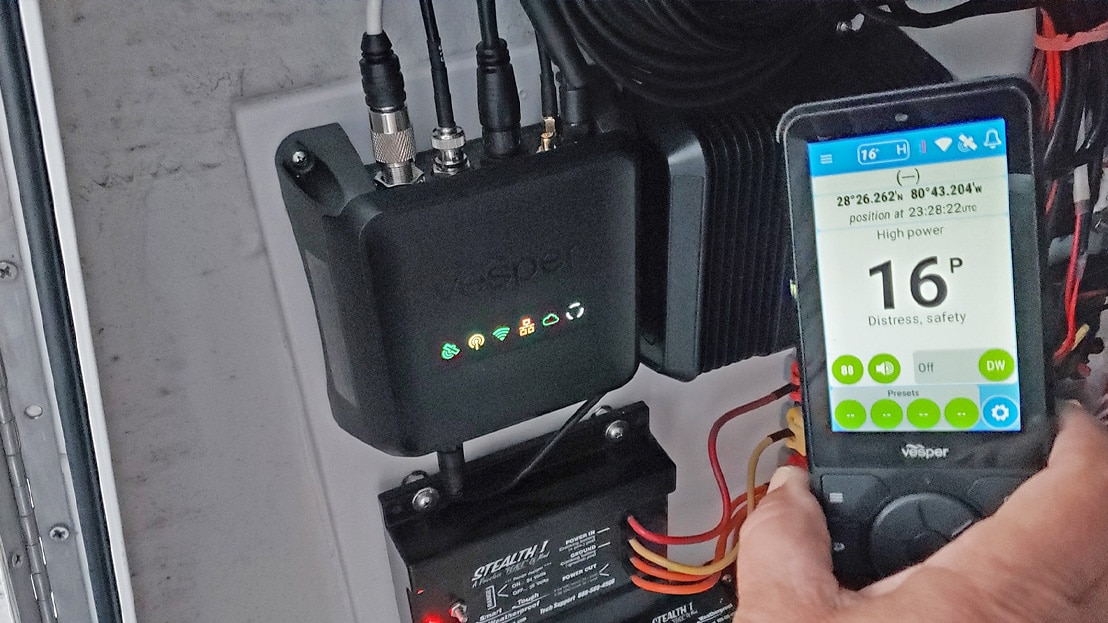 Last year I wired a new 24′ Morgan from scratch after a long-drawn-out build process. Of course, all boat projects take longer and cost more than you plan, but in the end, I was happy with my final product. (you can follow my build thread here on Bloodydecks)

I built the boat with the full intention of spending most of our fishing time along or near the coast of our Central Florida area. We did bump up the fuel capacity because I knew we would be fishing on the local wrecks and reefs; one of my favorites. Because of the “coastal” intentions and the fact that I planned to buy a SpotX for satellite communication, I only installed one VHF radio and antennae. I did put a RAM mic in the tower to piggyback off of the single VHF. I bought a simple and sufficient VHF and after some use was not thrilled with the volume of the radio. I could not really hear it when running or much else going on.

Visiting one of the boat shows a while back, I learned about the Vesper Cortex V1 VHF, an innovative unit that combines a VHF with AIS and also the ability for vessel monitoring; all in one compact marine electronics unit. The handset looks and feels much like a phone. I thought it very cool and kept going, but later read comments from actual users about how loud and clear the speaker was for the VHF. This caught my attention as I didn’t have a spot for an external speaker as in some boats.

I did a little more research and discovered that this is quite a well-thought-out piece of hardware and it would fit easily in my boat despite being installed after the initial build. I did not however want to run the gauntlet of crowded tower legs to install a second VHF antenna, but then I learned that the Cortex can share an antenna with another radio. That was the final piece of the puzzle and so one Vesper Cortex was on the way. I only needed to order one extra jumper cable to jump the single VHF antennae between the two units. Even if one unit goes bad, the Cortex is designed to allow the signal to pass through to the other unit. While this is not a fully redundant VHF backup system, it was a good way to have some backup, a louder handset, and the bonus of AIS and vessel monitoring.

The installation was pretty simple. The main black box was mounted to the starboard plate I had mounted to the inside of the console wall. I lucked out and didn’t have to do major rearranging.

The unit comes with plenty of wire to run but my install was pretty close to power and such so I just had to coil up the slack and tie it down neatly to another coil on the wall. In order to have vessel monitoring work with the battery switch off, you hook the unit to fused 24-hour power just like a bilge pump float switch.

There is a GPS antenna of its own that I mounted inside the console using one of the tower leg bolts. Perfect, no new holes!

The handset I have is wired to power but they do have a wireless version and more than one handset can be added to the system. The signal to the black box is wireless so a quick setup to get them talking is required but easy. The Cortex app on your phone can help you with everything.

Once we were dialed in and functioning, I just had to mount the handset in the console face. I built an insert with recessing Plexi door so that my electronics could easily be protected from spray on a rough day. Luckily the depth of the insert was just enough to sneak the handset on the wall of the compartment making a great spot to tuck it away.

The speaker is nice and clear with plenty of volume; problem solved. I do like the fact that I can see all of the commercial and some recreational traffic around me. I can touch the symbol of another vessel on my Simrad screen and it displays all of the information for that vessel including their heading, speed and offers the option to call the vessel directly. You can get basic scheduled vessel monitoring for free or subscribe for full monitoring in real-time. This gives great peace of mind if you are traveling or away from your boat for periods of time. I’m very pleased with the upgrade to my boat’s capabilities and it was pretty simple for a boat project! 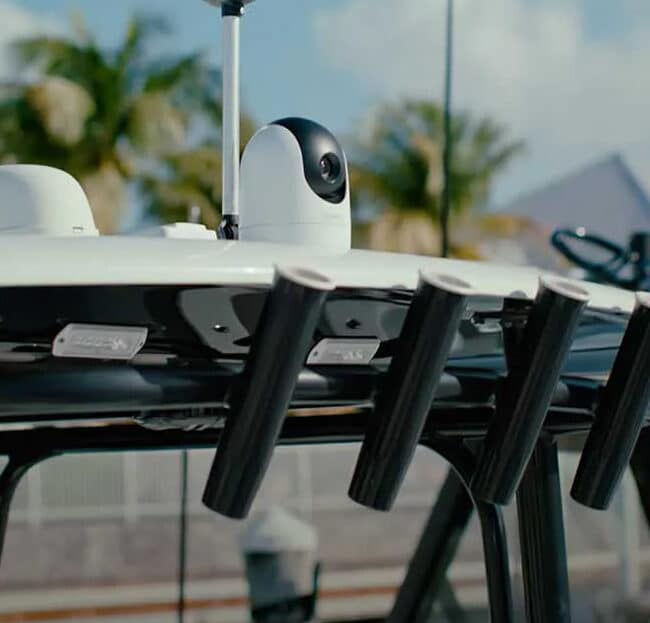 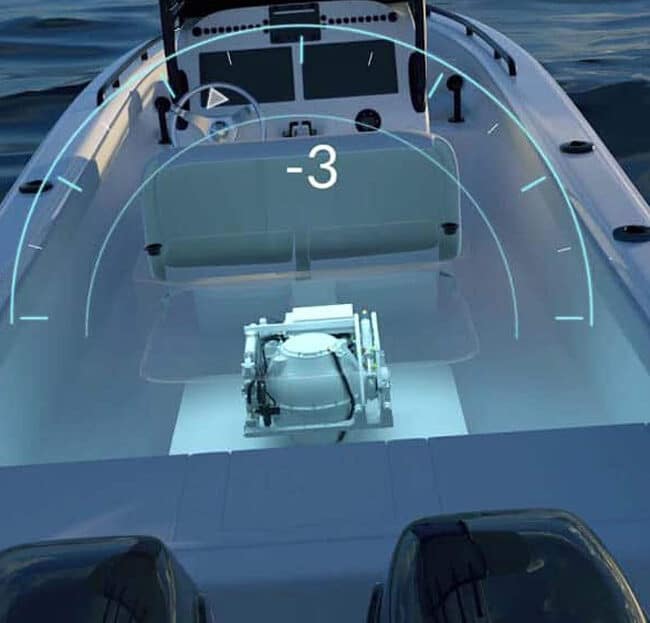 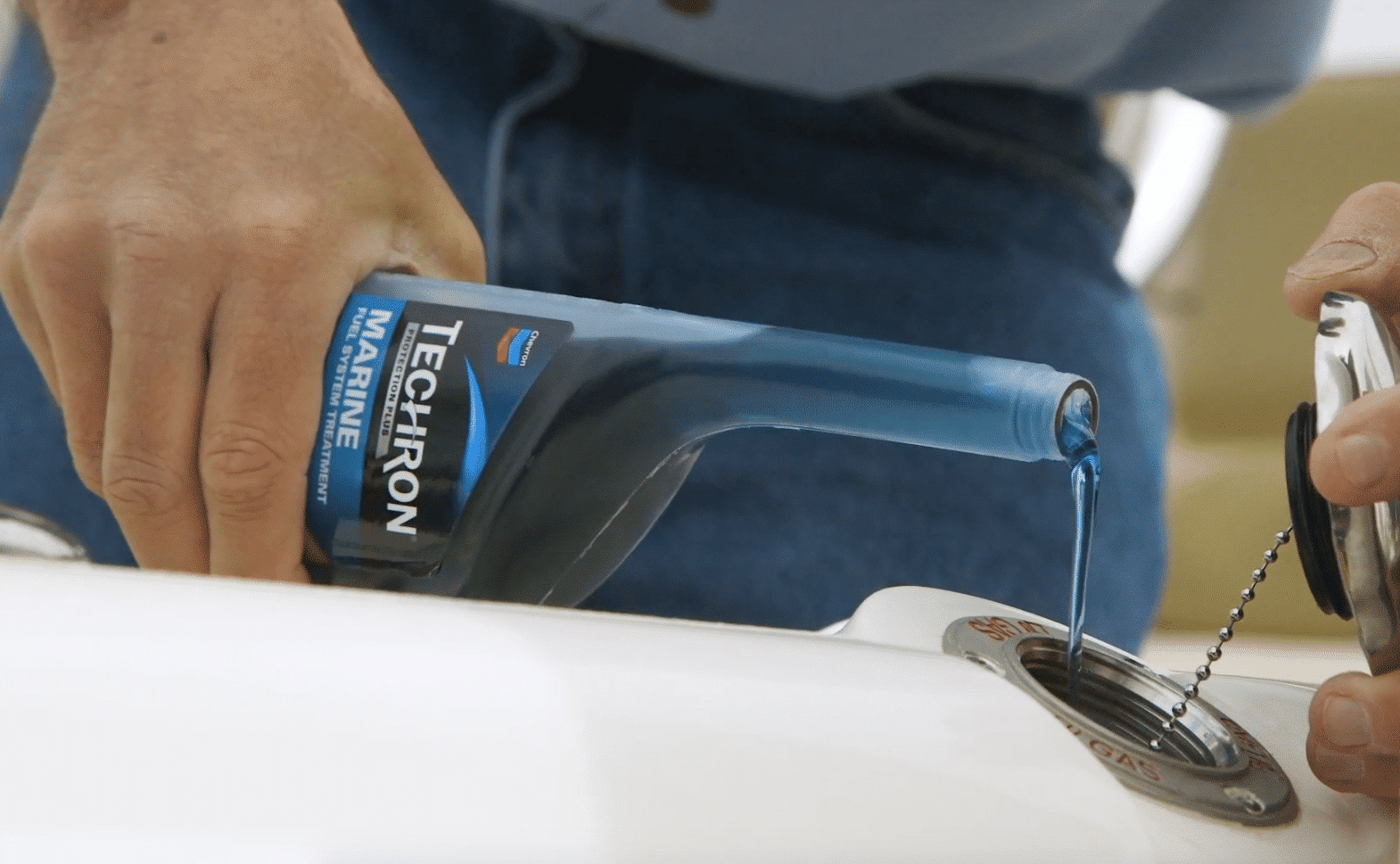