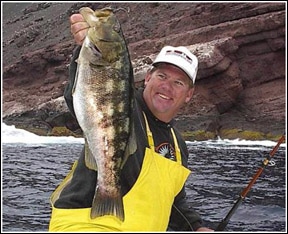 Written by Bill Schaefer
You are using an out of date browser. It may not display this or other websites correctly.
You should upgrade or use an alternative browser. 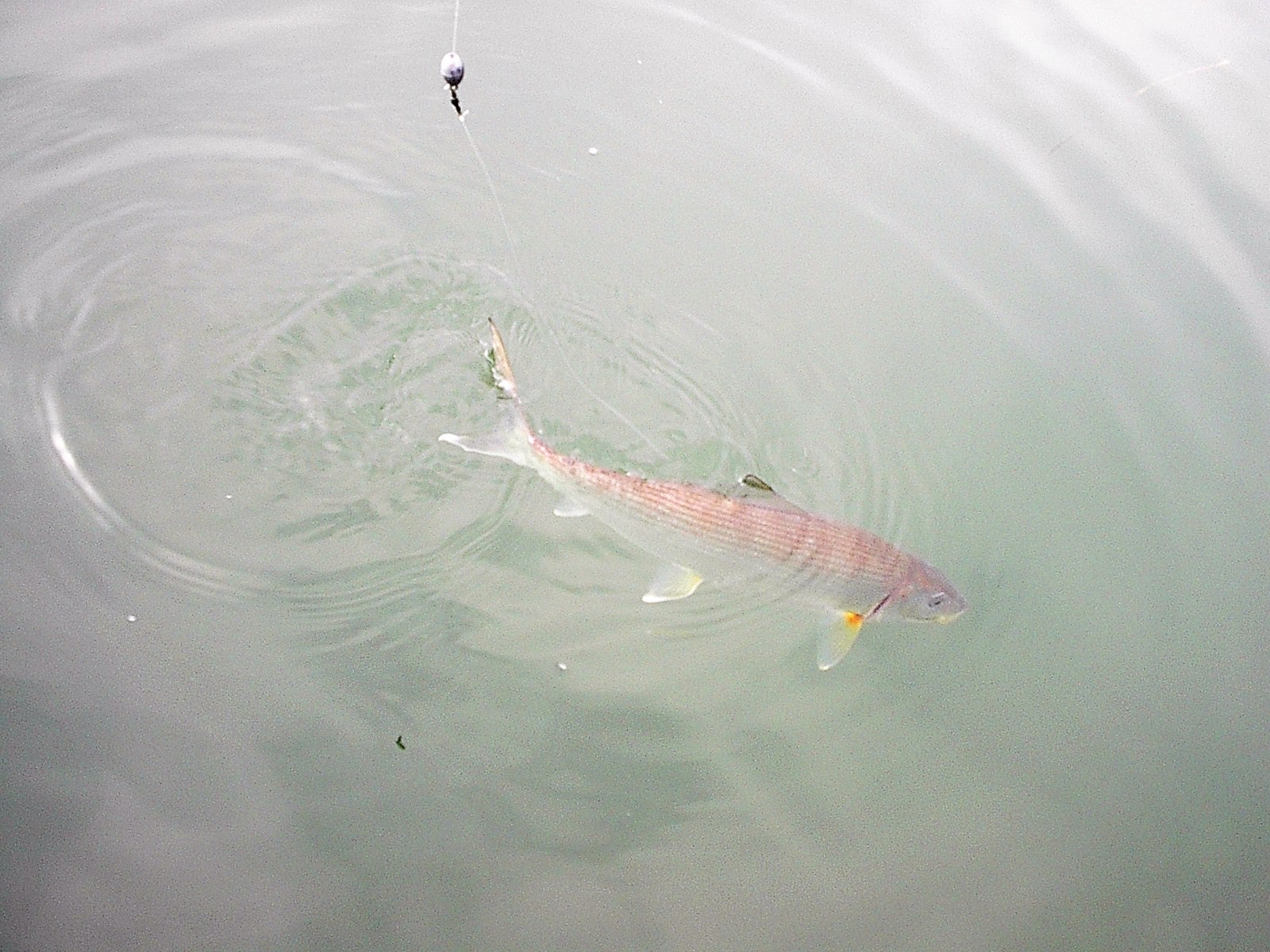 Rumors of ghosts roaming the back of San Diego Bay have been told for years amongst the regular fishermen who frequent its shallow southern areas.  The bonefish, grey ghost of the flats, have been harvested there since the 1950s and 1960s. Only caught in local commercial fishermen’s nets back then, they were ignored as an awful tasting and worthless fish for market.

Fishermen over the years would catch one or two a year through the 1970s and maybe a few more in the 1980s and 1990s. But, in the 2000s, guides like myself and regular bay fishermen saw the numbers increase. More were being caught and it was starting to get people excited about catching them. There were a lot of skeptical fisherman, as to whether they even existed, but there are few doubting Thomas’ now.

The 21st century has brought the catch numbers to astronomical proportions! Fishermen are going out and catching two or three per trip on artificial lures and there have been reliable reports of catches up to ten to fifteen in one day for a couple guys fishing bait. I personally have seen large schools cruising the flats of the south bay.

The fish vary in size from about a pound up to 3 pounds. I haven’t heard of any giants; yet. The colder water temperature may be the reason for slow growth. These fish still fly through the water though, pulling screaming drag off light tackle reels. There is usually no doubt when one is hooked. They hold up to the reputation of their Carribean cousins.

Now to catching them. You can’t just go out and pole around the south bay looking for them like in the Florida Keys or the Caribbean. They are incidental catches, that is, most fishermen are catching them when they are out fishing for spotted bay bass on the flats. The bonefish will eat the same artificial lures as the bass and at least you can have fun catching the spotted bay bass while hoping for a bone.

Bonefish feed on small crustaceans usually in shallow water; they include crabs, small shrimp, and bait fish. They have great eyesight and an even better sense of smell and are some of the fastest fish in the sea.

Small grubs, 3 to 5 inches in length or small swimbaits in the 3 to 4 inch range work well. Yamamoto, Reebs Lures, and Western Plastics all make some great baits for this. Spawning Ghost Shrimp, Chartreuse/Gold Back, and Silver/Pearl are all colors the bones seem to favor. Jigheads will vary with the tide, but usually 1/4 ounce is enough in the 12 foot of water or less that you will be fishing.

Usually traveling in large schools or wolf packs, they prowl the shallows of San Diego Bay. If you are drifting the south bay and catch one, be sure to repeat the drift and you might be rewarded with even more hookups.

The bonefish will also take crankbaits and stickbaits. The Bomber Fat Free Shad in FireTiger has scored me several bones and the Smithwick Rogue in Chrome/Black Back will also do well. It looks just like an anchovy. They can be cast and retrieved or trolled. We have taken them both ways. The Rogue is also a favorite of the shortfin corvina, another rare fish for these waters.

How appropriate is the fact that the best bait for the Grey Ghosts of the San Diego back bay flats is ghost shrimp. Pumped along the shore before heading out, these guys should assure you of getting your first of several San Diego bonefish. Mussels, clams, and blood worms have also worked well.

For bait fishing, run your main line through an egg sinker of about 1/4 to 3/8 ounce and tie it to a swivel. Tie a 2 to 3 foot leader to the other side with a small Mustad Power Point bait hook to the other side. Size will vary with your bait. Drift your boat and bait with the tide or wind to cover ground. The more bottom you cover the more chance of catching a bonefish.

For your artificial as well as bait rigs use medium spinning tackle for the most fun. A 6 ½ foot rod and reel, like my Daiwa Tatula set up, loaded with Seaguar Smackdown Braid – Stealth Grey + 6 to 8 pound Gold Label Fluorocarbon will do the job. The Gold Label leader gives you the proper underwater to stealth for proper bait presentation in the sand flats. Make sure you adjust that drag right as these fish will scream on the first run after the hook set!

San Diego Bay is a big place and I can narrow down your search a bit. First of all, I would stay south of the Coronado Bridge. They have been caught on the city side of the bridge, but the bulk have come from below it. The entire south bay is a giant flat of about 10 to 15 feet deep, so drifting your bait across any of the shallow flats here should score a fish or more for you.

Remember also that the tides affect these fish as well. When there is tidal movement, the entire food chain is stirred up and the fish bite better. So, check your tide calendars for a medium tidal movement, say 2 to 4 foot swings. This usually bodes well for bait fishing or artificial baits. March through September is the best time to chase these guys, although they will eat year round in Southern California. They are getting easier to target now as their population increases.

Check out the Seaguar website to check it out.

Bill Schaefer
Captain, Guide, and tournament fisherman. Has caught everything from bluegill to blue marlin and everything in between. Has been writing for 25+ years about catching them all and loves teaching newcomers how to fish. 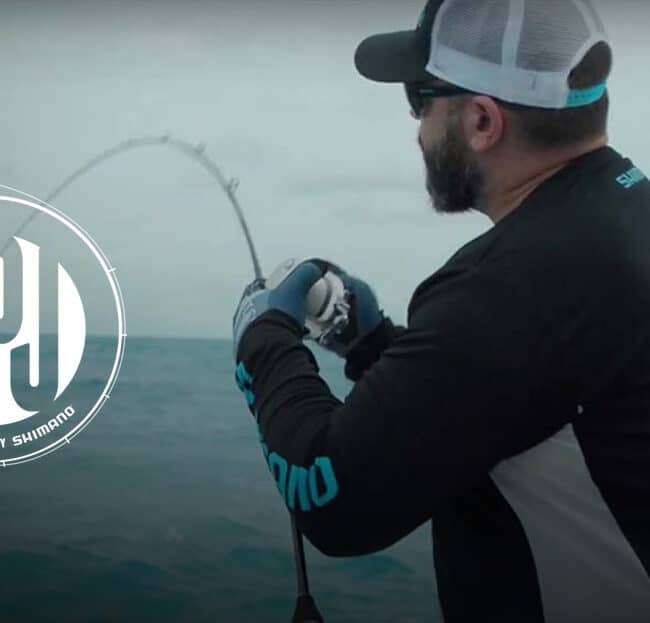