Written by Wessley Merten, PhD
You are using an out of date browser. It may not display this or other websites correctly.
You should upgrade or use an alternative browser. 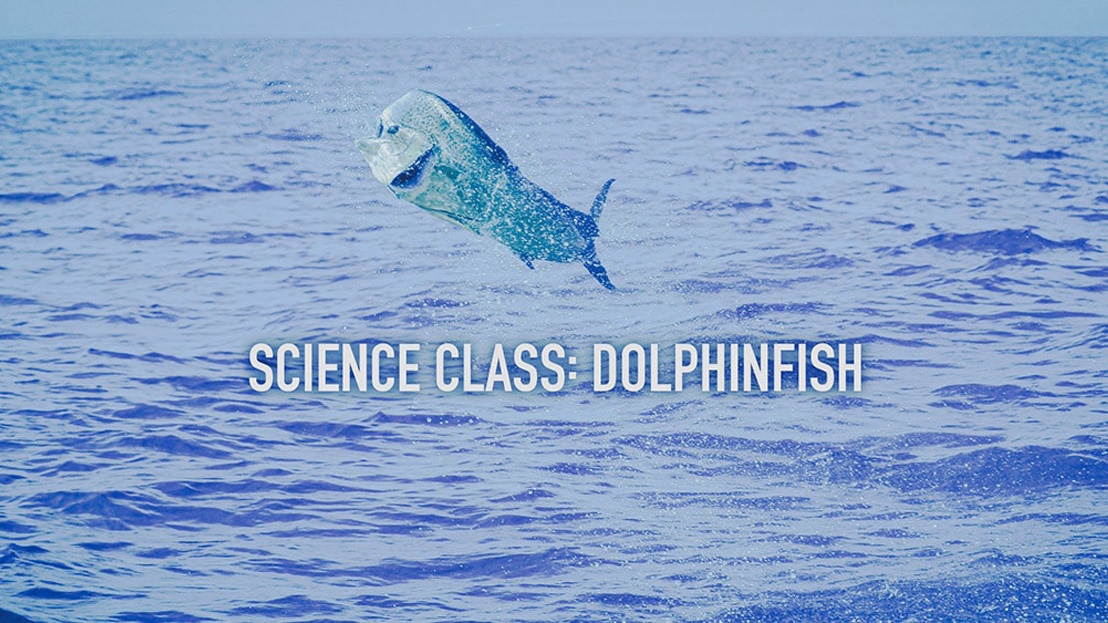 A look into the science around one of our favorite gamefish the Dolphinfish (Dorado, Mahi Mahi). Through the DOLPHIN RESEARCH PROGRAM, extensive research efforts around this species have unearthed observations we had limited access to in the past. The findings in this article are specific to the East Coast of the United States.

The dolphinfish is a highly esteemed game and food fish species. It grows to more than 85 lbs., occurs in large schools in open ocean waters, readily strikes a variety of baits, puts on aerial acrobatics in its fight, is brightly colored, and is a highly traded seafood commodity. These traits make it one of the world’s most highly sought-after pelagic fish species and for the past two decades thousands of anglers along the U.S. East Coast and throughout the Caribbean Sea have helped acquire data on the biology, ecology, and movements of dolphinfish through an international tagging program known as the Dolphinfish Research Program (DRP).

Beginning first with growth, dolphinfish is well known to exhibit fast growth rates, and one of the main uses of the mark and recapture tagging data is to examine the growth of wild individuals. With more than 725 dolphinfish recoveries amassed from the deployment of 30,000+ tagged fish that range in size from 12” to 50” fork-length, daily average growth rates averaged just over a tenth of an inch.

This means on average, individual dolphinfish grow an estimated three-quarters of an inch per week, 3” per month, or more than 36” in a year. One of the classic types of dolphinfish recoveries that exhibit these astounding growth rates is known as U.S. East Coast return migrants; fish tagged along the U.S. East Coast and recaptured along the same coast in a year after when tagged. These examples show individual fish grew between 10” to 33” while at liberty for less than a year, which, when compared to average weight by length measurements for dolphinfish collected by the DRP, translates into fish more than tripling in weight for individuals at liberty for the shortest intervals or packing on up to 40 pounds for individuals at large for more than 300 days. These examples highlight the conservation benefit of releasing small fish within U.S. waters that can return within a year after considerable growth has occurred. While at liberty, these fish can reproduce at their maximum reproductive output for a greater amount of time, thus strengthening the spawning stock and annual recruitment.

Another remarkable facet of tagging data is its ability to help depict the age of adult dolphinfish. In the past, studies that used scales for age determination observed the maximum age of dolphinfish was estimated at four years for the Straits of Florida, three years off of North Carolina, and three years in the Mediterranean Sea. The longest time at liberty for a recapture within the DRP is 557 days, or 1.52 years, which was a fish that weighed 58 pounds when recaptured south of Puerto Rico.

Given that for most animal’s growth begins to slow with age, doubling the time at large for that fish would equate to 3.05 years at liberty. This fish was tagged in 2011 as a 20” peanut (i.e., approximately 5 months old). Add the age at release to the time at large for that fish and we arrive at a 1.93-year-old fish at 58 pounds. This begs the question, how much older are fish that weigh 70 or more pounds which are caught each year by a lucky number of anglers? Tagging data examples such as these suggest that dolphinfish that obtain weights up to 87 pounds, the current all-tackle world record, is likely older than 3-4 years and maximum age expectancy is likely more akin to 5 years especially for rare individuals that breach 100 pounds. There have been a few individuals caught that would have shattered the long-standing 87-pound world record if those individuals were weighed correctly in a few locations in the Eastern Tropical Pacific Ocean including off Cabo San Lucas and Panama. One fish was estimated to have weighed between 115- and 120- pounds, which is a weight unlikely obtained in only 4 years of age.

Often anglers first admire dolphinfish for their physical beauty. Color cells, also known as chromatophores, present in the skin are responsible for myriad color changes likely in response to feeding, predator avoidance, the presence of bait or another object, and reproduction. The opening, dilation, and closing, constriction, of these cells, create different colors and the pattern changes can be quick with the transformation taking mere seconds. Or color change may appear as a wave of color washing over the body. Anglers are most familiar with the normal yellow-green and the silver-blue patterns with each intrinsic to a situation these fish may find themselves in with the former representing camouflage among Sargassum or kelp, the species preferred pelagic habitat or the latter in response to being out in open blue and translucent waters. Dolphinfish adapt these color changes to where they are in the water column and likely in response to time of day and feeding pattern, with blue phases used when diving deep and going after squid in low light situations and green phases activated when closer to the surface feeding on flying fish or scad near habitat with an abundance of light. Pattern changes are triggered by life events and situations and when combined with the vertical and horizontal movement data obtained through the DRP show that dolphinfish represent highly attune pelagic predators capable of camouflage and rapid vertical and horizontal movements. In the Gulf Stream, the maximum depth obtained for an adult male dolphinfish was 841.5’, but in locations with less dissolved oxygen at depth and a shallower thermocline, the vertical movement range is reduced to less than 500’ in the Caribbean Sea and 400’ off Panama in the Pacific Ocean.

Regional differences in vertical movements of this species are becoming more apparent with the deployment of more satellite tags in the DRP and this is likely true for their overall migration strategy. In the Atlantic, the Gulf of Mexico, and the Caribbean, two decades of conventional tagging data has suggested dolphinfish partake in a seasonal migration around the North Atlantic subtropical gyre with the species increasing in abundance during spring and summer along the U.S. East Coast and six to eleven months later during fall and winter occupying vast parts of the Caribbean Sea and the Bahamas in higher abundance. The maximum recorded geolocation track for an adult male dolphinfish depicted a movement of 8,000 miles in six months in the Atlantic. The 43” bull was tagged off Charleston, South Carolina, during June, and the tag surfaced in December off the north coast of the Dominican Republic, establishing that this species can travel at least 8,000 miles in six months and likely twice that in a year.

The Dolphinfish Research Program was formed in 2002 and sends tagging kits to anglers all over the world to engage them in offshore fisheries research on Dolphinfish. While the future of the DRP looks bright, when it comes to government-financed research, Dophinfish has not been made a priority despite the species being one of the most targeted offshore species in the South Atlantic Bight, Caribbean Sea, and the Gulf of Mexico. As a not-for-profit organization, the DRP relies on private donations, contributions by sport-fishing clubs such as Central Florida Offshore Anglers and West Palm Beach Fishing Club, as well as grants from key industry players such as AFTCO, Guy Harvey Ocean Foundation, Grady-White Boats, SiriusXM Marine and maritime attorneys, Perry & Neblett, in addition, to support for the year-end tagging-awards program from Star Rods and Costa Del Mar.