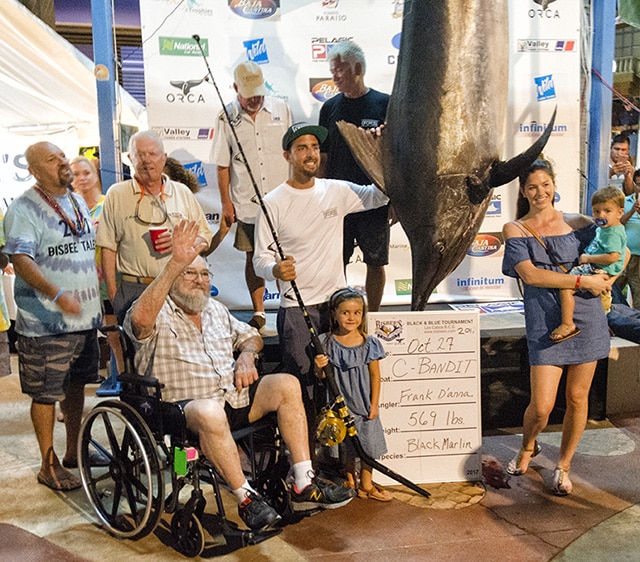 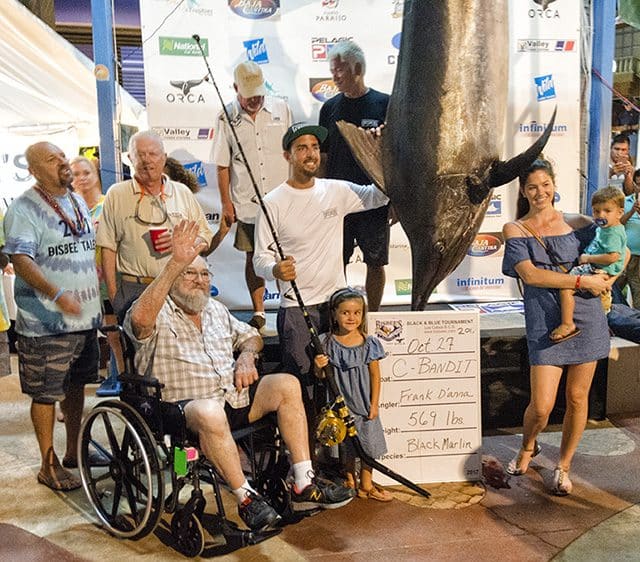 The sportfisher C-Bandit with owner Bill McWethy, flanked the C-Bandit team, brought a 569-pound black marlin to the scales on Day Three of the 37th Annual Bisbee Black & Blue tournament to top the leader board.

The monster billfish inhaled a live baitfish and was brought to gaff after an approximate 45-minute battle by C-Bandit angler Frank D’Anna.

The fish was potentially worth upwards of $1,000,000 in prize and jackpot money, according to tournament officials.

Topping the Release Category, Bobby Patton, owner of Team Fastball, arrived to submit his team’s videos of their four releases: Chip Wagner had released a blue marlin on each of the first two days; Bobby Patton released a black and Mike Jones released a blue on the final day to secure top spot on the leader board.

Patton commented that he had missed fishing the tournament on Wednesday because he was watching his team, the Dodgers. Play in the World Series.

·       A 462-pound black marlin by Texan Danny Hogan aboard the sportfisher Wild Hooker.

The C-Bandit’s black marlin was the largest fish to come to the Bisbee scales in both of their October tournaments.