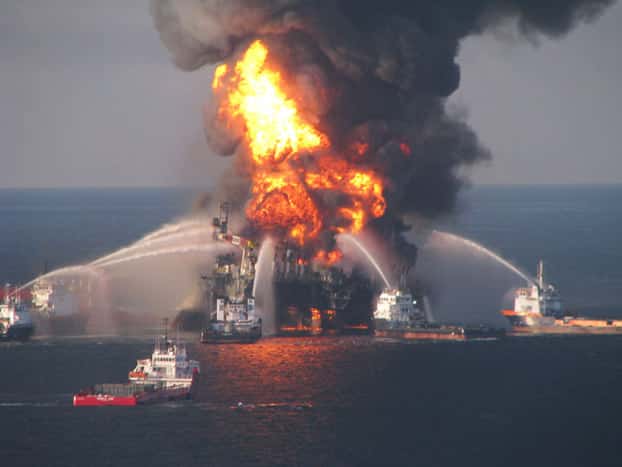 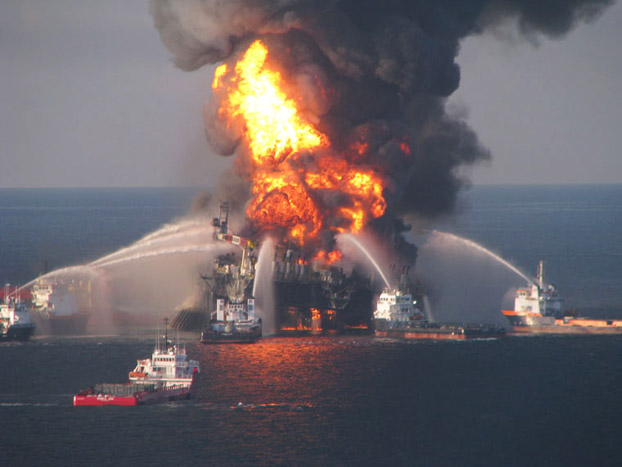 BP Exploration and Production Inc. (BP) agreed to plead guilty to felony manslaughter, environmental crimes and obstruction of Congress and will pay a record $4 billion in criminal fines and penalties for its conduct leading to the 2010 Deepwater Horizon disaster that killed 11 people and caused the largest environmental disaster in U.S. history.

The 14-count information, filed in U.S. District Court in the Eastern District of Louisiana, charges BP with 11 counts of felony manslaughter, one count of felony obstruction of Congress, and violations of the Clean Water and Migratory Bird Treaty Acts.

Subject to the Court’s approval, BP agreed to pay $4 billion in criminal fines and penalties — the largest criminal resolution in United States history.

“The $4 billion in penalties and fines is the single-largest criminal resolution in the history of the United States and constitutes a major achievement toward fulfilling a promise that the Justice Department made nearly two years ago to respond to the consequences of this epic environmental disaster and seek justice on behalf of its victims,” said Attorney General Eric Holder. “We specifically structured this resolution to ensure that more than half of the proceeds directly benefit the Gulf Coast region so that residents can continue to recover and rebuild.”

“The explosion of the rig was a disaster that resulted from BP’s culture of privileging profit over prudence,” said Assistant Attorney General Lanny A. Breuer of the Justice Department’s Criminal Division. “We hope that BP’s acknowledgment of its misconduct — through its agreement to plead guilty to 11 counts of felony manslaughter — brings some measure of justice to the family members of the people who died onboard the rig.”

“The oil spill was catastrophic for the environment, but by hiding its severity BP also harmed another constituency — its own shareholders and the investing public who are entitled to transparency, accuracy and completeness of company information, particularly in times of crisis,” said Robert Khuzami, Director of the U.S. Securities and Exchange Commission’s (SEC) Division of Enforcement. “Good corporate citizenship and responsible crisis management means that a company can’t hide critical information simply because it fears the backlash.”

In addition to the resolution of charges against BP, Robert M. Kaluza, 62, of Henderson, Nevada, and Donald J. Vidrine, 65, of Lafayette, Louisiana — the highest-ranking BP supervisors onboard the Deepwater Horizon on April 20, 2010 — are alleged to have engaged in grossly negligent conduct in a 23-count indictment charging violations of the federal involuntary manslaughter and seaman’s manslaughter statutes and the Clean Water Act. David I. Rainey, 58, of Houston — a former BP executive who served as a Deputy Incident Commander and BP’s second-highest ranking representative at Unified Command during the spill response — is charged with obstruction of Congress and making false statements to law enforcement officials. A grand jury in the Eastern District of Louisiana returned the indictments against Kaluza, Vidrine and Rainey, which were recently unsealed.

BP has admitted that the two highest-ranking BP supervisors onboard the Deepwater Horizon, known as BP’s “Well Site Leaders” or “company men,” negligently caused the deaths of 11 men and the resulting oil spill. The information details that, on the evening of April 20, the two supervisors, Kaluza and Vidrine, observed clear indications that the Macondo well was not secure and that oil and gas were flowing into the well. Despite this, BP’s well site leaders chose not to take obvious and appropriate steps to prevent the blowout. As a result of their conduct, control of the Macondo well was lost, resulting in catastrophe.

The information charging BP further details that the company, through senior executive Rainey, obstructed an inquiry by the U.S. Congress into the amount of oil being discharged into the Gulf while the spill was ongoing. As part of its plea agreement, BP has admitted that, through Rainey, it withheld documents and provided false and misleading information in response to the U.S. House of Representatives’ request for flow-rate information. Among other things, BP admitted that Rainey manipulated internal estimates to understate the amount of oil flowing from the well and withheld data that contradicted BP’s public estimate of 5,000 barrels of oil per day. BP has also admitted that, at the same time Rainey was preparing his manipulated estimates, BP’s internal engineering response teams were using sophisticated methods that generated significantly higher estimates. The Flow Rate Technical Group, consisting of government and independent scientists, later concluded that more than 60,000 barrels per day were leaking into the Gulf during the relevant time, contrary to BP’s representations to Congress.

Rainey is charged with one count of obstruction of Congress, and one count of making false statements to law enforcement officials. If convicted, Rainey faces a maximum potential penalty of five years in prison on each count.

The criminal resolution is structured such that more than half of the proceeds will directly benefit the Gulf region.

Approximately $2.4 billion of the $4 billion criminal recovery is dedicated to acquiring, restoring, preserving and conserving the marine and coastal environments, ecosystems and bird and wildlife habitat in the Gulf of Mexico and bordering states harmed by the Deepwater Horizon oil spill.

This portion of the criminal recovery will also be directed to significant barrier island restoration and/or river diversion off the coast of Louisiana to further benefit and improve coastal wetlands affected by the oil spill. An additional $350 million will be used to fund improved oil spill prevention and response efforts in the Gulf through research, development, education and training.

The United States continues to pursue a civil action to recover civil penalties under the Clean Water Act and hold BP and other defendants liable for natural resource damages under the Oil Pollution Act. A trial on liability matters is scheduled to begin in February 2013, during which the United States will seek to establish that the spill was caused by BP’s gross negligence. BP could face billions of dollars of additional exposure in the civil lawsuit.