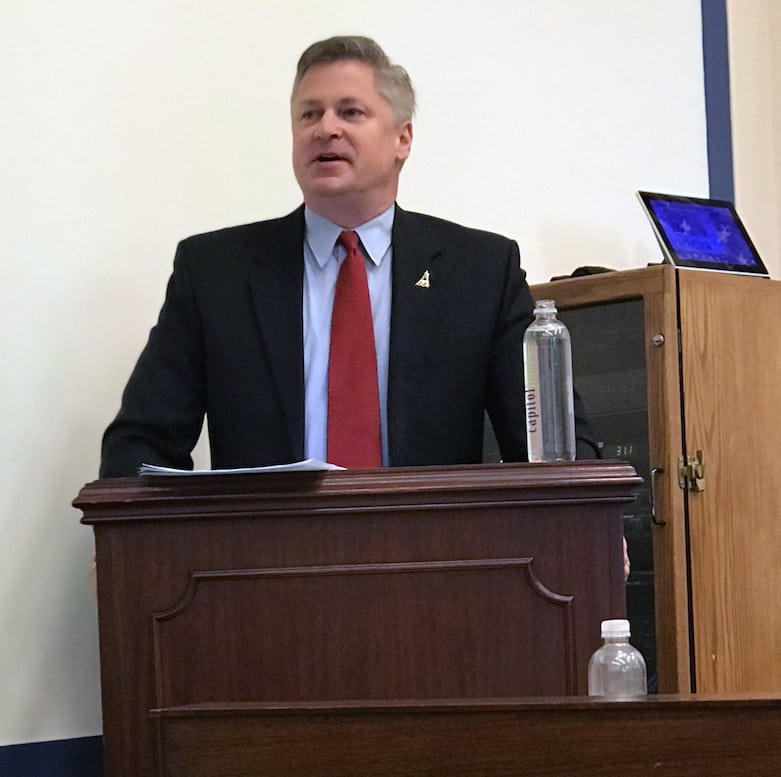 Boat Owners Association of The United States (BoatUS) in partnership with the National Marine Manufacturers Association (NMMA) and Marine Retailers Association of the Americas (MRAA) went to Capitol Hill yesterday to address Congressional Boating Caucus members and invited legislative staff for the annual State of the Industry briefings at the Russell Senate and Rayburn House office buildings. The caucus is an informal bipartisan group of US senators and representatives formed in 1989 to advocate for the interests of the recreational boating industry.

Speaking to the groups gathered, NMMA President Thomas J. Dammrich reported on the recreational boating industry’s financial rebound, or “long road back,” said Dammrich, since the Great Recession. With the economy doing well, sales are up and reports from winter boat shows are positive. He also shared ideas on what Congress can do to support this important sector of US manufacturing.

MRAA President Matt Gruhn spoke to the shortage of qualified marine service workers, and the need for elected leaders to continue to broaden their thinking about what education means in America. “We need more support for apprenticeship and other technical trade programs, and encourage more people to make recreational boating their career,” said Gruhn.

As the boat owner’s advocate, BoatUS Vice President of Government Affairs Chris Edmonston spoke about the need for legislator support for recreational boating access, and specifically, the Water Resources Development Act which helps maintain the navigability of waterways by providing funds for dredging.

Edmonston also spoke to the success of boating safety education in reducing accidents and fatalities, and the need to revamp US Coast Guard licensing to better address the needs of recreational boaters. “The current licensing system was never intended for recreational boaters,” said Edmonston.

Visit BoatUS, a great boater’s resource on many fronts.