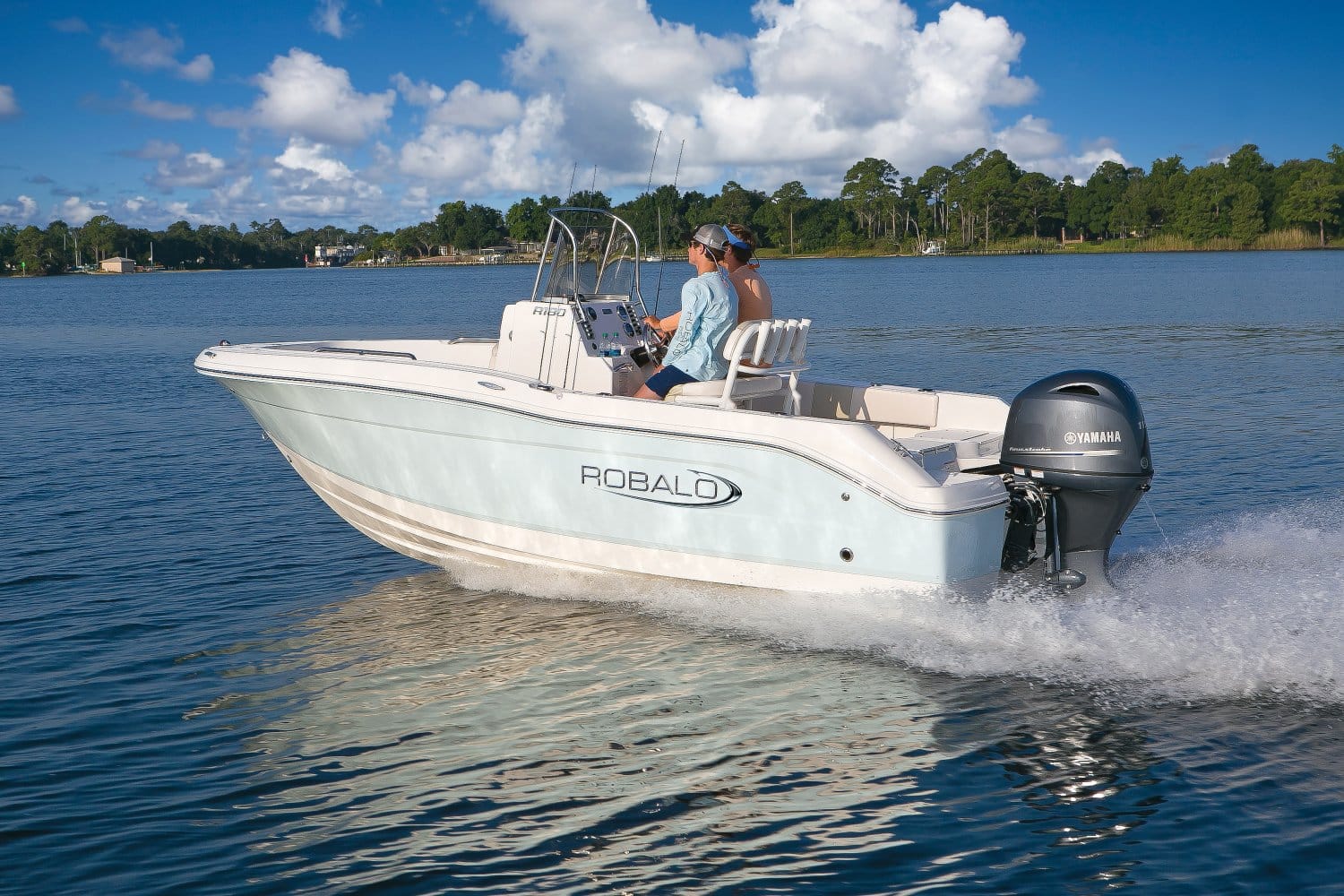 The Robalo R180 is one of the smallest boats in Robalo’s stable, but it looks, feels, and rides like a bigger boat.

A few months back we introduced you to the Robalo R272, the newest and most modern model from this manufacturer. But it’s a shame that hot new models always get the limelight, because some builders have older boats that are so good, they simply don’t need replacing. Cast in point: the Robalo R180.

The first item of note about this boat is its MSRP. At the time of this publication, Robalo was listing the R180 at $32,495, rigged with a F115 outboard and an aluminum trailer (which you can opt out of, for a $1,300 credit). That puts the boat under the $2,000-per-foot mark, a barrier that’s become pretty tough to break in recent years without making serious sacrifices in the quality department. Which brings us to point two: you don’t have to sacrifice quality with this boat. The R180 is built with the same attention to fit and finish as Robalo’s larger models, and with the same solid construction. A visual inspection of the boat confirms fit and finish, and know that like its larger siblings the boat has Kevlar reinforcement in the hull, Perma-Panel (lifetime warrantied) coring, 316-grade stainless-steel fittings, and tinned-copper wiring with Deutsch-style waterproof connectors. We take special notice of the fact that the vertical console rodholders, one place where virtually every builder of small boats tries to cut cost by using plastic, are in this case aluminum. 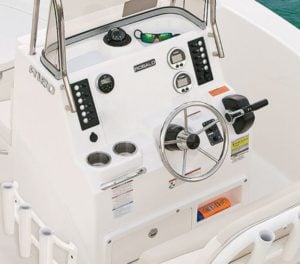 One specification offers even more insight into the overall build: displacement is 2,600 pounds. That’s significantly more than other boats of this size. Compare it, for example, to the Mako Pro Skiff 190 CC, which despite being a full foot longer weighs 700-pounds less – over 25-percent of the Robalo’s overall weight. And while there’s certainly a price to pay for the extra weight when it comes to performance and efficiency (plus a heavier tow), in a small boat a bit of heft can be a very good thing. As a general rule of thumb, Robalos tend to run smoother than much of the competition and in this case, the R180 has the beef to comfortably flatten much larger waves than many boats of this size can handle.

So, just how big an effect does that displacement have on performance? With the standard Yamaha F115, the R180 cruises in the mid-20’s, and tops out in the upper-30’s. Some will want to opt up to an F150 (which adds about three grand to the price tag) and cruise at more like 30 while being able to break the 40 mph barrier at top-end.

The R180 has a few other rather unusual details to highlight, starting with a console head compartment that’s easier to step into than would be the norm on a boat of this size. The entire front of the console swings open, to provide easy access. Another unusual feature is the aluminum leaning post; on most boats of this size you’ll see a swing-back cooler seat. And finally, note the rather tall gunwales. They make the boat look larger than it really is and will provide parents with a feeling of security, knowing that the kids are corralled by high sides. The trade-off there, of course, is additional windage and weight.

When you’re ready to start fishing, you’ll find that Robalo’s got all the boxes checked. There’s a 15-gallon livewell centered in the transom, jump seats on either side that fold down into a casting deck, a 70-quart cooler under the leaning post, four flush-mount rodholders in the gunwales, and coaming bolsters on the inwales. Additional options anglers will likely want include a set of rocket launchers on the back of the leaning post, and a raw water washdown.

The bowdeck is slightly raised, and houses a 25-gallon fishbox which drains directly overboard. There’s also a dedicated anchor locker in the forepeak, and low-profile grabrails in the bow. The forward console seat doesn’t house a cooler or livewell as one might expect on other models, since it’s part of the swing-open console entry.

Sure, the R180 has been out for a while. No, this model isn’t exactly big news. But anglers in search of an 18-footer that offers some serious beef without breaking the bank need to be aware of this boat – and we hope Robalo keeps building the R180 without changing a thing for a long, long time to come. 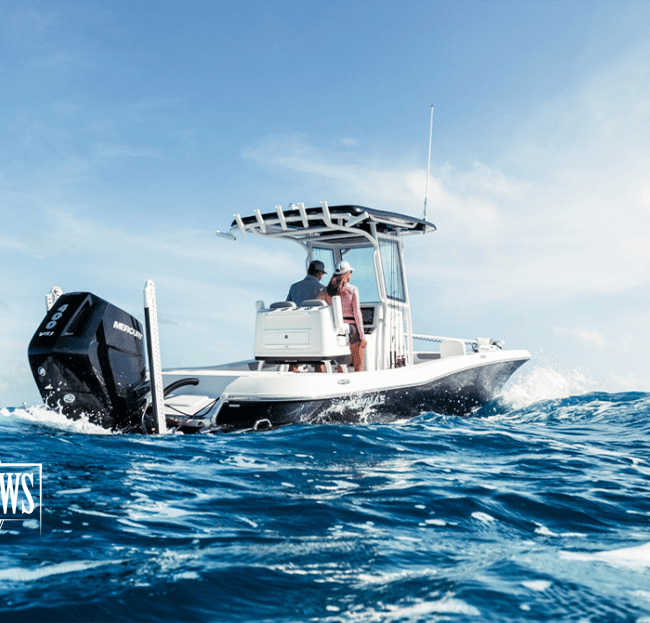 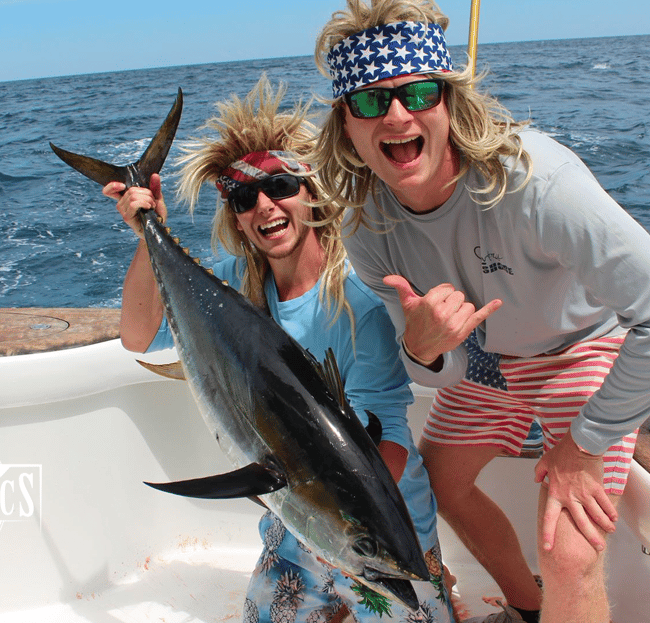 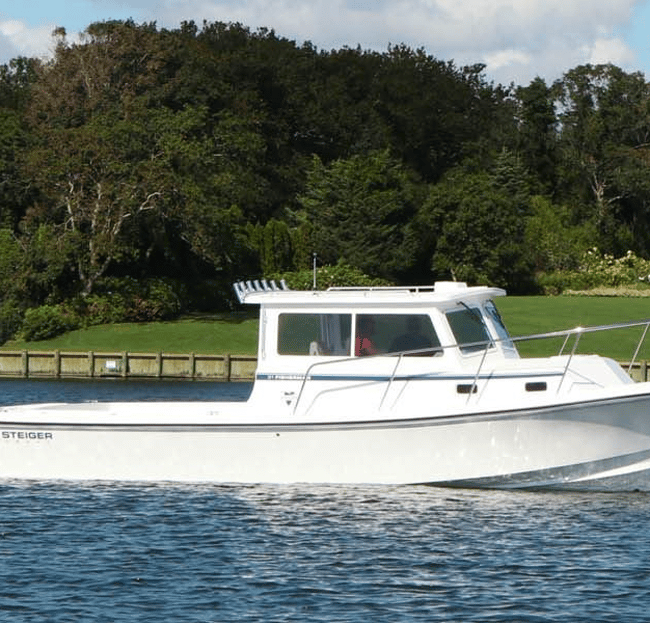 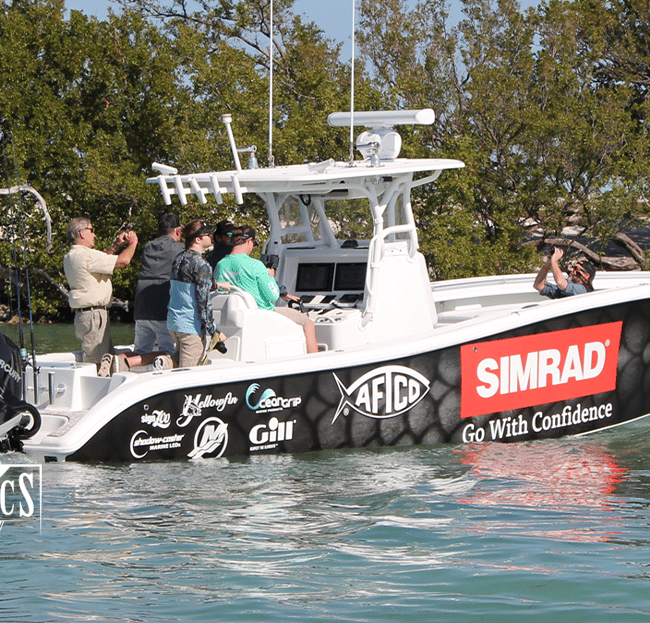