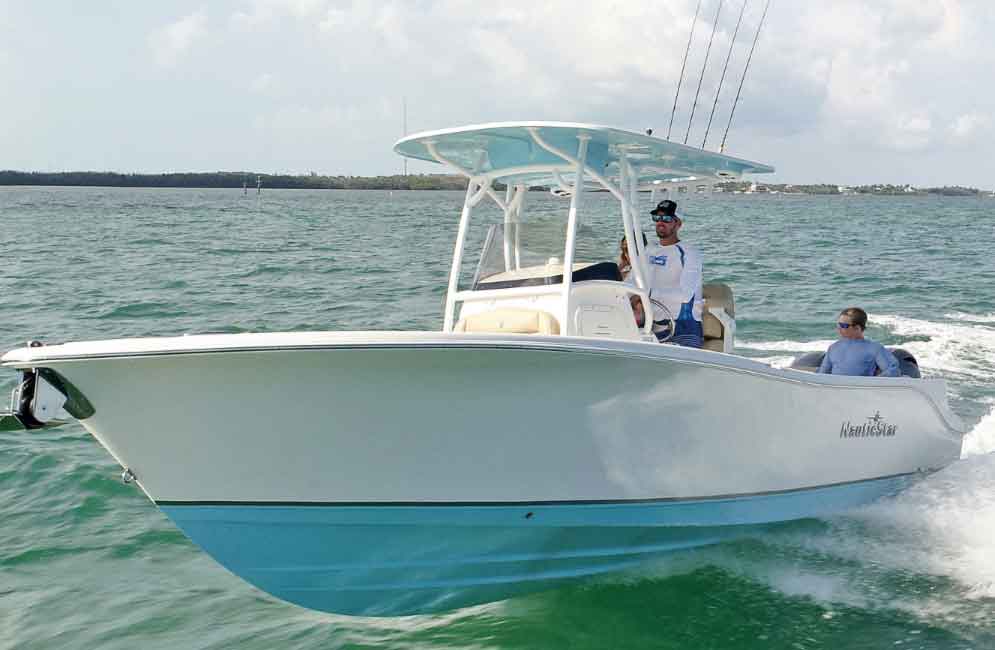 The NauticStar 2602 center console will draw plenty of eyeballs – and plenty of blood. (fish that is!)

Last year the NauticStar 32 XS hit the water, setting a new benchmark for this builder as its largest boat ever. And that’s cool stuff if you have a quarter-mil to drop and can handle everything involved with owning a boat over 30-feet. But, what about those of us who really need a 20-something boat? Don’t let the intro of the 32 XS overshadow the 2602 Legacy, a center console fishing boat that in no small measure deserves a spotlight of its own.

The first place to shine that light is on NauticStar’s construction methods. The company builds three-piece structures with a hull, deck liner, and a stringer grid with foam-filled voids. The hull-to-deck joint is fastened with stainless-steel screws on two-inch centers and chemically bonded and sealed. Hatches are resin-transfer molded, so they’re light but strong and fully-finished on both sides. The boat gets a vinyl ester resin barrier coat, wiring is joined with waterproof Deutsch connections, and in a rare move, NauticStar tank-tests its boats and their systems before they ever roll out of the plant. What all this results in is longevity better than the norm, and a rock-solid feeling underfoot when you start slamming through the seas at high speeds.

Did we just say high speeds? Dang straight. Rigged with a pair of Yamaha four-stroke F200 outboards a 4500 rpm cruising speed will take you to the hotspots at 44.6 mph. That’s pretty dang zippy, and if you bury the throttles top-end breaks 56 mph. A bigger shocker is in store if you ease off on the juice and cruise at a mellow 26.8 mph. The boat gets better than three mpg at this speed, which is hands-down spectacular fuel economy – as if anyone could stand to run that slow when you have the ability to double your speed with a little flick of the wrist.

When you do finally pull back on those throttles and settle down to trolling speeds, the 2602 Legacy will prove to be armed to the teeth for killing fish. The catch can be iced in either of the 25-gallon fishboxes under the forward seats, or the 50-gallon box under the transom seating. But before we move on to other things, that transom seating arrangement needs a second look. Yeah, it provides a wide stretch of comfy butt-plopping territory. But it’s molded in, and there will be some anglers among us who will forever wish it was either a fold-away or nonexistent, in favor of having more deck space aft.

Livewell capacity is better than many boats in this class offer, with a 30-gallon well in the transom and a second 21-gallon well in the back of the leaning post. Other goodies the post supports include four rocket launchers (there are four more on the top), two drawers for tackle stowage, and a freshwater pull-out vegetable-sprayer-style washdown. The stock version of the boat also sports dual raw water washdowns, triple horizontal rod/mop racks under the gunwales, four flush holders in the gunwales, and fore and aft coaming bolsters. All in all it’s a pretty darn comprehensive rig right out of the box, and the only options you’ll really need to tack on prior to pointing the bow to the horizon are electronics (Simrad Go and NSS packages can be factory installed). Keep all of that in mind for apples-to-apples comparisons, when you shop the 2602 and its $117K MSRP against other boats in this class which charges you separately for all those pieces-parts.

NauticStar has been around since 2002, and I can clearly remember the first time I ever saw one, said “Nautic-what?” and stepped aboard for a sea trial. Back then I was thoroughly impressed by how well the boat was put together, especially for a new build. Now the company has close to 20 years under its belt and that impression remains true whenever I check one out today. If you’re looking for a 26-foot center console take a 2602 Legacy for a sea trial, and see if you feel the same way. Whatever you might decide there’s one bet that’s safe: this fishing machine deserves its moment in the spotlight. 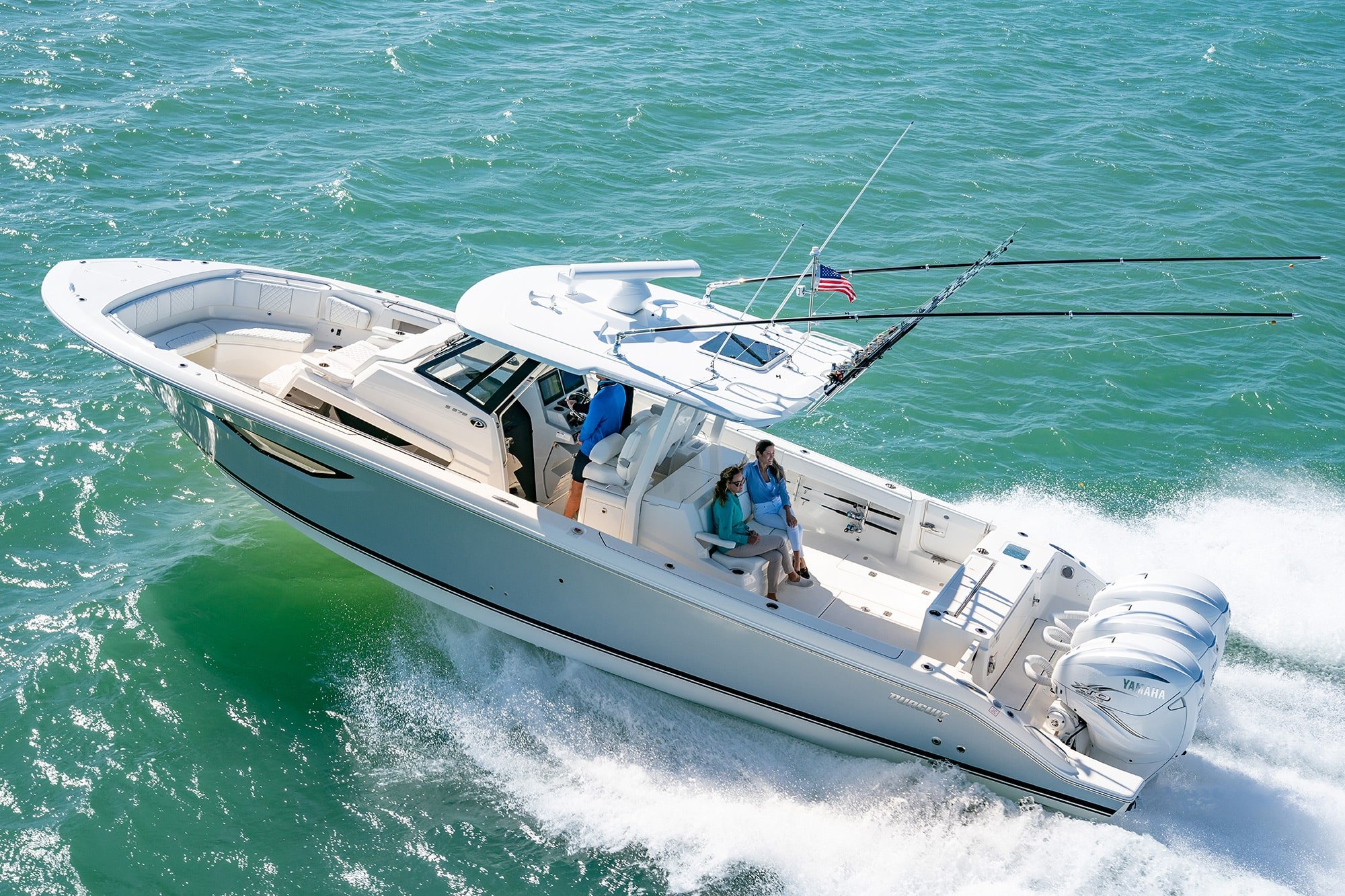 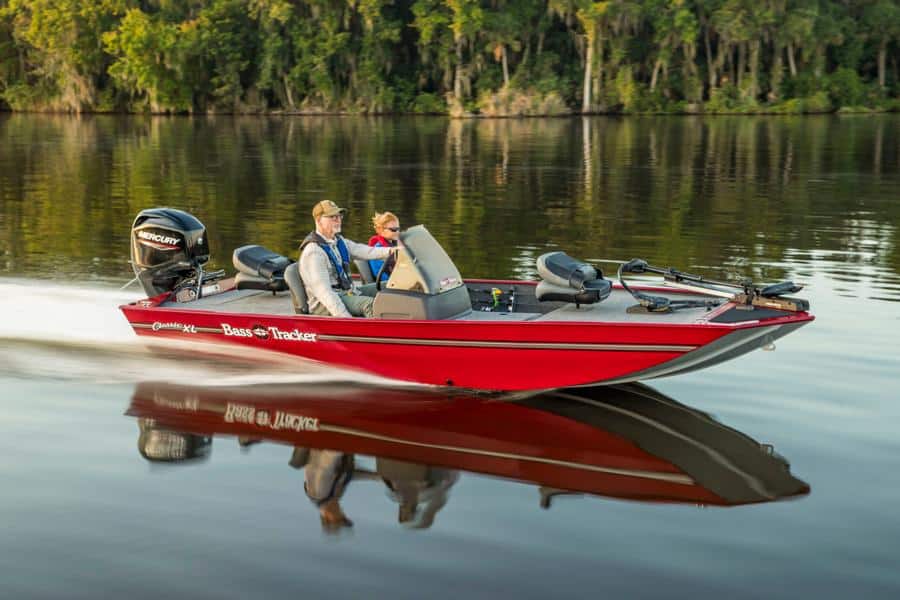