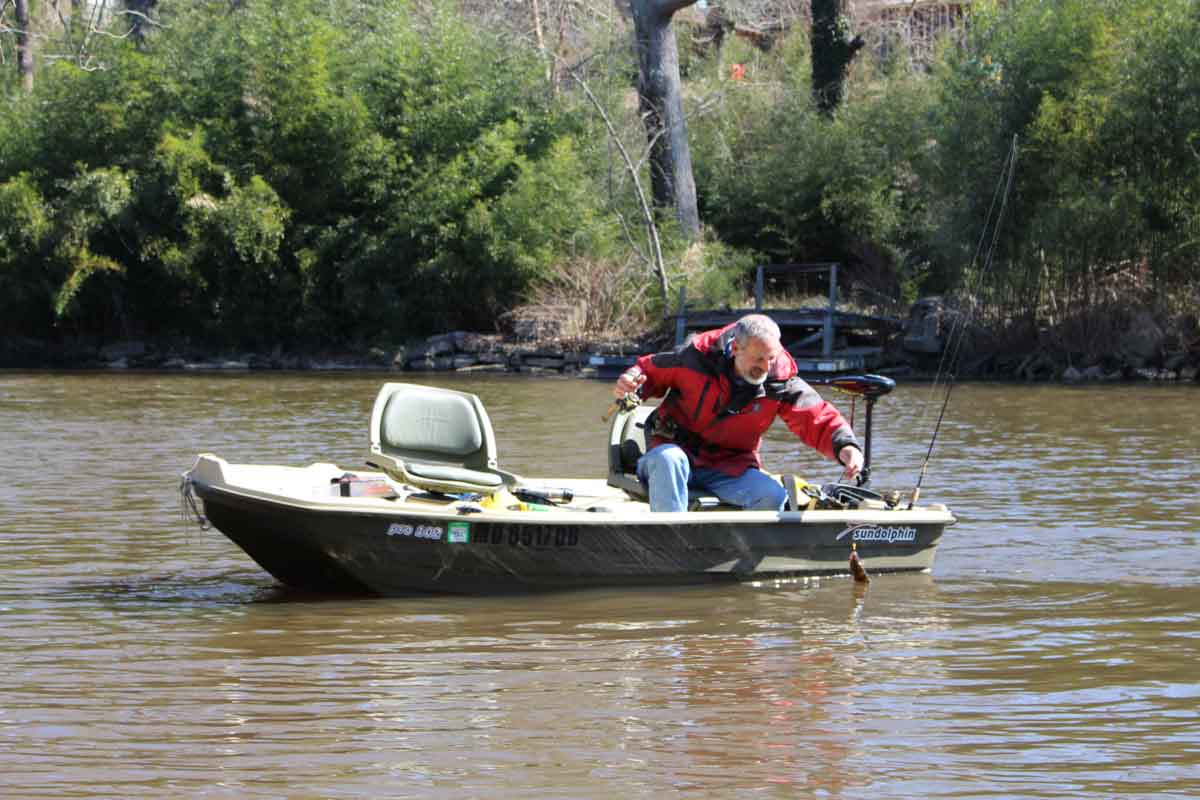 Most people don’t give much thought to plastic fishing boats, but they can actually be interesting little fishing machines.

When it comes to boatbuilding materials, in this day and age most discussions focus on aluminum versus fiberglass and ignore one other option that seems a bit odd, but has some interesting advantages: plastic boats. Before you laugh off the idea of owning a plastic boat, remember that fiberglass is, at its core, indeed just another form of plastic – though, a very, very strong one. In fact, “FRP,” a technically correct term used for fiberglass, stands for “fiberglass reinforced plastic”. So, what’s the other type of plastic we see in the boating world? Polyethylene.

Whether you know it or not, you’ve seen plenty of polyethylene. It’s used for everything from pipes to coolers to automobile parts, and it plays a role in countless things we use each and every day. You’ve probably seen a lot more poly boats than you realize, too, especially if you like kayaks. The majority of most modern kayaks are poly-built, including high-end models.

Rotomolded polyethylene is a great material for building small boats because it’s light and strong, insanely rugged, UV-resistant, non-corrosive, and can be molded with complex shapes including things like integrated rod holders, cupholders, and curved hull forms. But maybe most important in our day and age from the manufacturing point of view, it’s conducive to building in mass numbers. Here’s the basic run-down on how poly boats are built: a mold is constructed for the boat, in the form of a giant oven. Those little poly beads are poured into the mold in a specific amount, and the giant mold-oven-thing heats up and rotates (hence the “rotomolded” part of the name) to distribute the melting plastic evenly throughout. Then it’s cooled, and boom – out pops a boat.

Naturally, that’s simplifying things a bit, but obviously, roto-molding makes for the ability to create lots of hulls in little time. The biggest problem is that these poly molds are very expensive to design and build, so there’s a substantial start-up cost that can take a long time to recoup.

So, what are the down-sides to poly boats? While they’re relatively light, they are heavier than similarly-sized aluminum boats, they tend to look a bit dull in nature as compared to fiberglass boats, tolerances for items like hatches can’t be quite as exact as with fiberglass or aluminum, and if they’re dragged repeatedly over abrasive surfaces like concrete boat ramps, they can be worn through. But the biggest thing holding poly boats back is the flexible nature of the material. It’s not nearly as rigid as aluminum nor fiberglass, and in order to maintain sufficient rigidity in boats over 18 or 19 feet of length, additional materials like metal bracing have to be used. The biggest mass-produced boats to date were 23-foot Triumph models, and many considered their size to be a stretch. The 21-footers also required internal bracing, and neither model ever sold quite as well as their smaller boats. In fact, prior to turning out the lights, Triumph trimmed their model line to include only 17- to 19-foot boats.

Some will remember the Triumph claim that they were “the world’s toughest boats,” and it’s an assertion that’s difficult to argue with. True, the hatches were ill-fitted, hull flex was visible, and the finish wasn’t as nice as that of fiberglass. But you could ram a dock at full-tilt, and the boat would merely bounce off. You can still go to YouTube today, and watch a Triumph being towed down the highway with no trailer, sling-shotted into a tree, and dropped from a helicopter hovering hundreds of feet in the air. The world’s toughest boat? Um, yeah.

Are other poly boats this rugged? Many are. In fact, we have direct experience with losing a Sun Dolphin Pro 102 out of the back of a pick-up truck while going down the road at 50 mph. It bounced along the asphalt and skidded to a stop on the shoulder, where it was retrieved and shoved back into the truck none the worse for wear.

These days, your poly options are limited mostly to boats of 14-feet or less, and kayaks. And this size range really does represent the sweet-spot for plastic boats. Their complex hull forms and slightly higher weight makes them significantly more stable than aluminum boats of this size, they can be shoved into the back of a pick-up so no trailer is necessary, and many models offer nice features that aren’t found on similar aluminum or glass boats including things like molded-in livewells, rod holders, and swiveling seats. Plus, these things are 1000-percent unsinkable, and even when swamped still sit high in the water. Since they can be banged against rocks or smacked into limbs without being damaged, they also make for great hunting boats.

Will a plastic boat be a good pick for your needs? Clearly, that’s a judgment call. But if you’re looking for a small, inexpensive rig for fishing and/or hunting that doesn’t require a trailer and is uber-rugged, expanding your search beyond aluminum and fiberglass is a smart move. Because yes, plastic boats can be pretty darn fantastic.