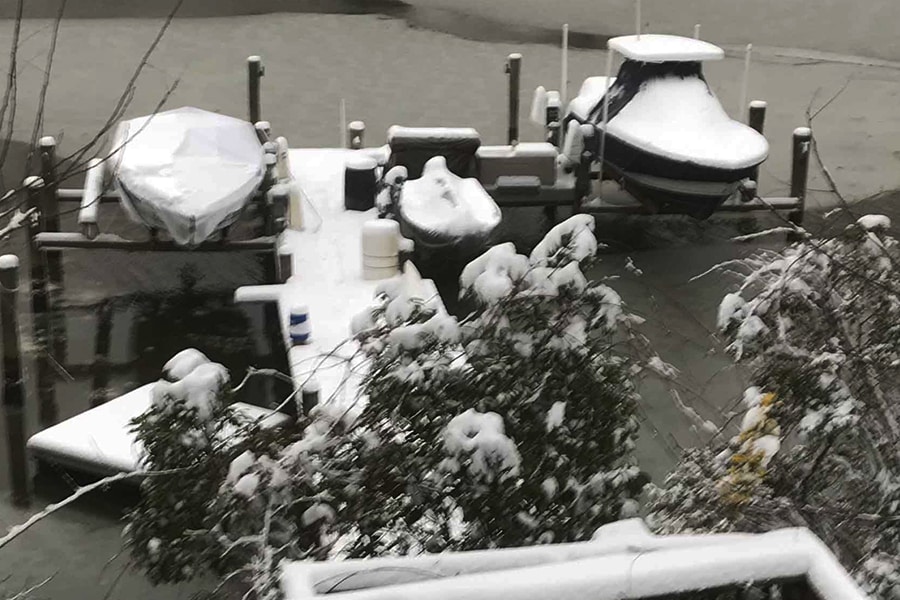 Learn to winterize your boat if you are not properly prepared for an off-season slumber?

If you’ve seen the Tips for Winterizing Guide from BoatUS, you may have noticed one very surprising fact: states we usually think of as having mild winters, like California, Florida, and Texas, have the most winter damage claims.

That’s because northern boaters are used to the winterization process and they usually follow it religiously, while in warmer areas many boaters don’t worry about winterization until there’s a deep cold snap – and by then it’s too late. Fortunately, if you live somewhere mild but a chill is in the air, these five emergency winterizing quick-fixes will keep your boat safe for a few unusually cold nights.

Tilt Outboards in the Down Position – This goes whether your boat’s in the water, or out. If it’s in a wet slip and you leave an outboard tilted up, with a sudden temperature drop the small bit of water pooled in the lower unit can freeze and cause damage. But even if the water skims over with ice, it’s not going to freeze a foot down over a couple of cold nights. So tilted down, all the water in the lower unit remains in liquid form. And if your boat’s on land, tilting down ensures that all the water’s drained out. Outboards are designed to drain completely in the down position, and running antifreeze through them isn’t necessary.

Note: If snow or sleet is in the forecast, you may be tempted to cover the engine. This is a good idea, but make sure the material you cover it with breathes. Otherwise, condensation can form under the cover, fill up cracks and crevices, and then freeze at night. Covering an outboard with plastic is verboten.

The Inboard/Stern-Drive Treatment – If you have inboards or stern drives, giving them a full winterization treatment will be necessary. No, this isn’t exactly a “quick” fix, but it is imperative. You’ll have to drain all the water and run antifreeze through the system. Different engines require different steps, so you’ll need to consult the owner’s manual to get the job done right. What about that old quick-fix trick where you just string an extension cord in the bilge and leave a lightbulb burning to add some heat? Don’t even think about it. This practice has led to so many boat fires through the years that many insurance policies specifically state that your coverage is voided if you try this.

Drain the Bilge and Run All Plumbing Systems Dry – Water (and the freeze damage it can result in) sitting in hoses, pumps, and bilges is your biggest enemy. So run the raw water pump and livewell pumps dry (if you hear remaining water gurgling you may have to pull the hoses off to make sure all the water drains out), pull drain plugs, drain tanks – do whatever is necessary to make sure every system in the boat is bone-dry. When any doubt remains, run non-toxic antifreeze through the system.

Dose the Fuel System With a Good Additive/Stabilizer – Some cold snaps will only delay the action for a few days or maybe a week, but depending on where you live and what the weather does, an unusual burst of wintery weather may mean your boat sits for longer than expected. This is a smart time to add a fuel treatment with stabilizing properties, like Techron Marine.

That’ll keep issues like ethanol deterioration and phase separation from becoming a serious problem if the days turn into weeks.

Grab a Snow Shovel – If your boat’s on a lift and snow is a possibility, you need to remain vigilant about the build-up and remove snow if it becomes more than a couple inches deep. Suit up, go out there mid-storm, and knock the snow off the covers or shovel it out of the boat. There are two issues to be wary of: the first is that snow, especially wet snow, can be very heavy. If it builds up it’s likely to damage things like covers, Biminis, and T-tops. The second is that when a large amount of snow accumulates inside a boat it’s common for some to melt off, then run to the deck drains, and then at some point, re-freeze. On occasion the scuppers can freeze up solid and then when additional snow melts the next day, the boat fills up with water. So keep an eye out, and make sure neither of these issues ruins your winter.

You say you really don’t want to worry about all this winterization nonsense? Fine. Move to Key West. We hear the fishing there’s pretty okay, too. 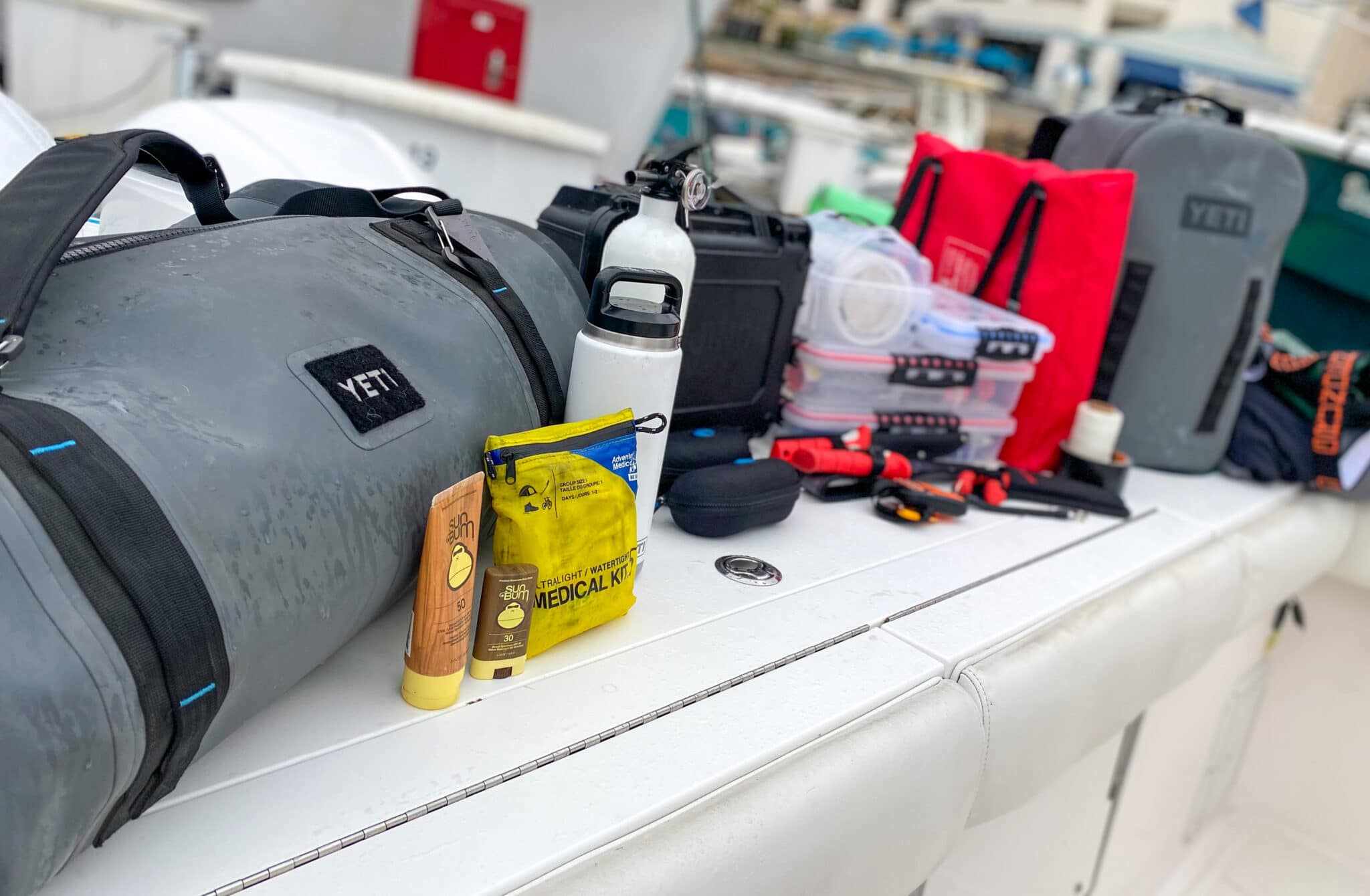 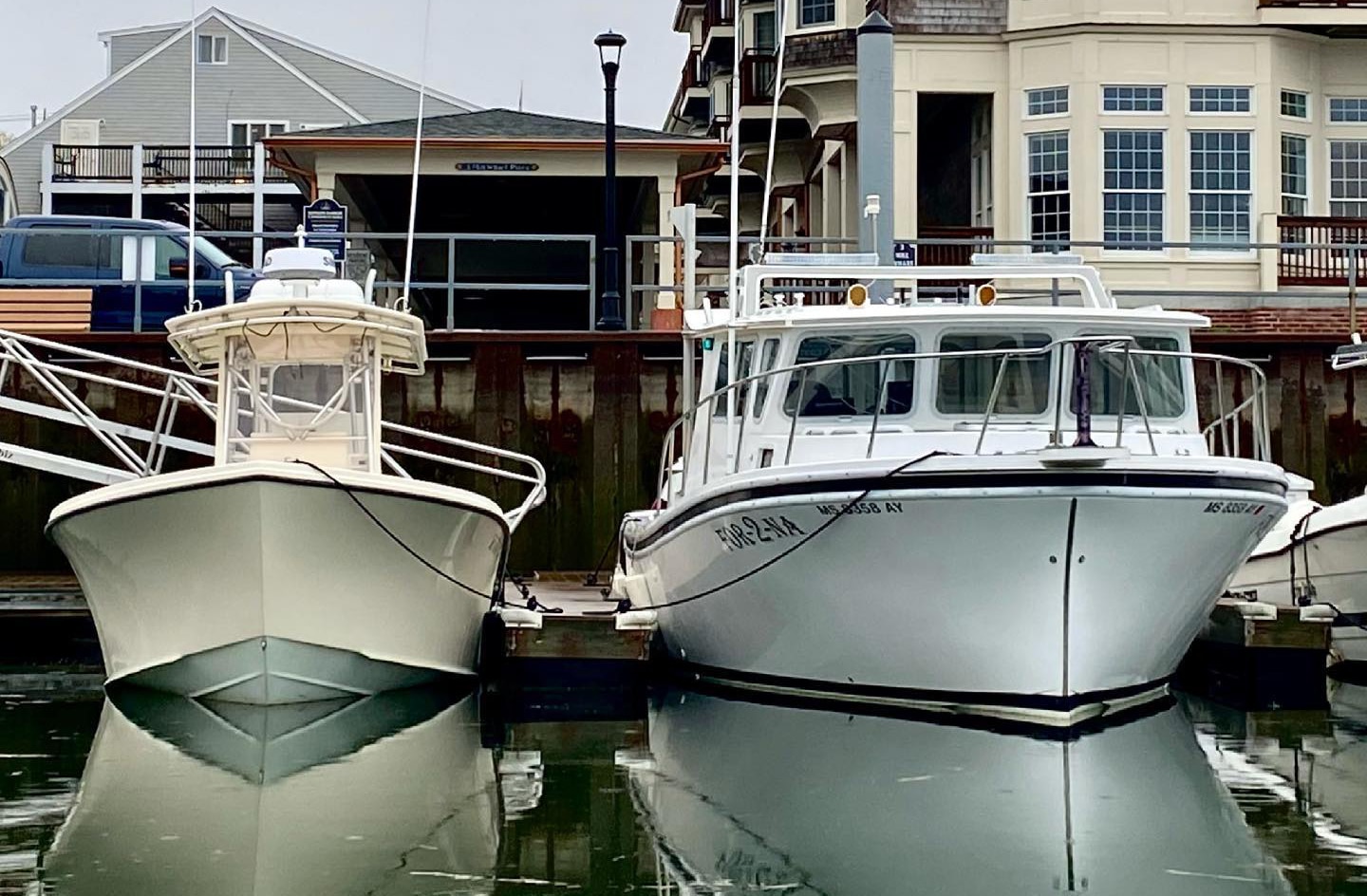 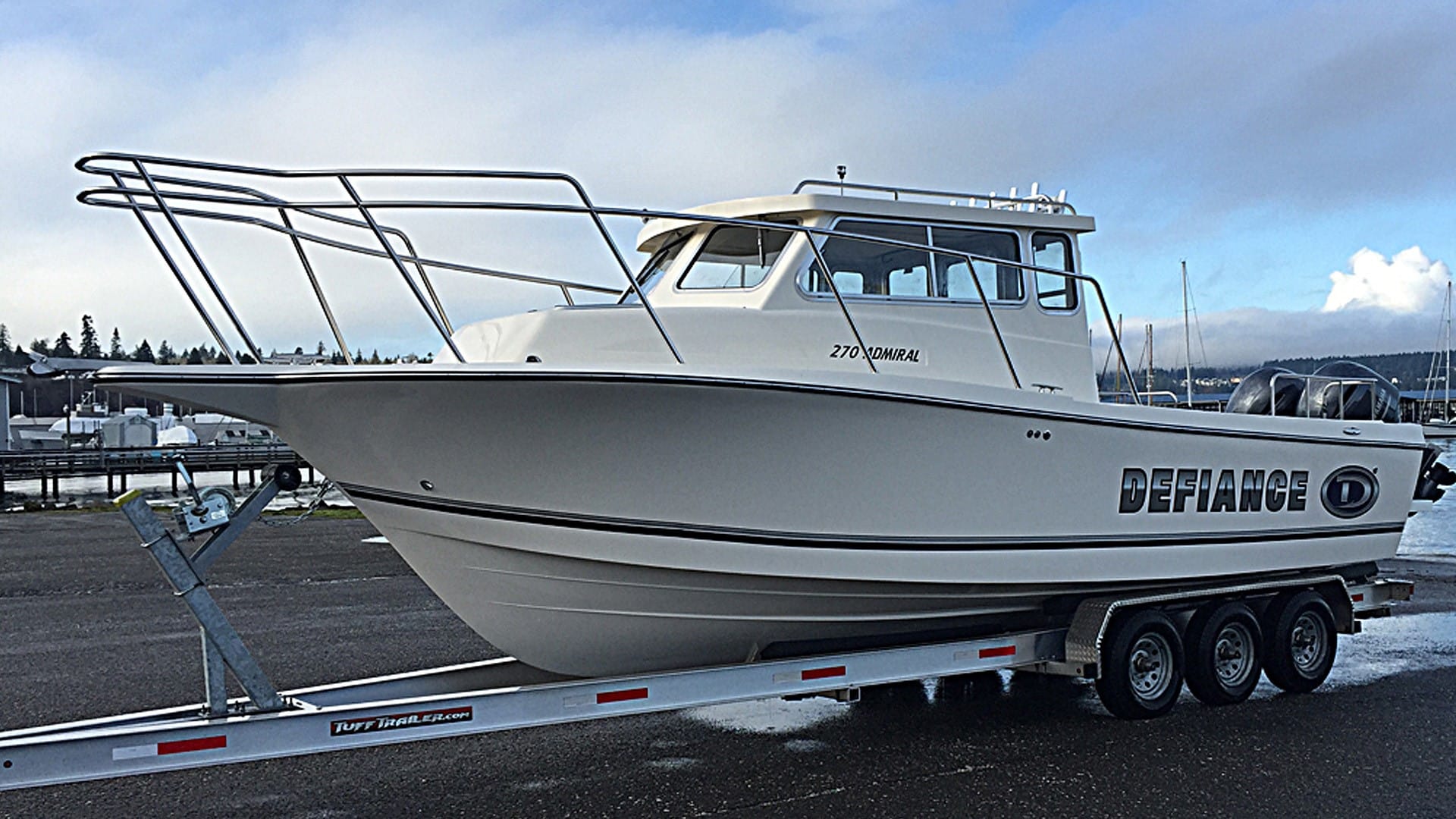 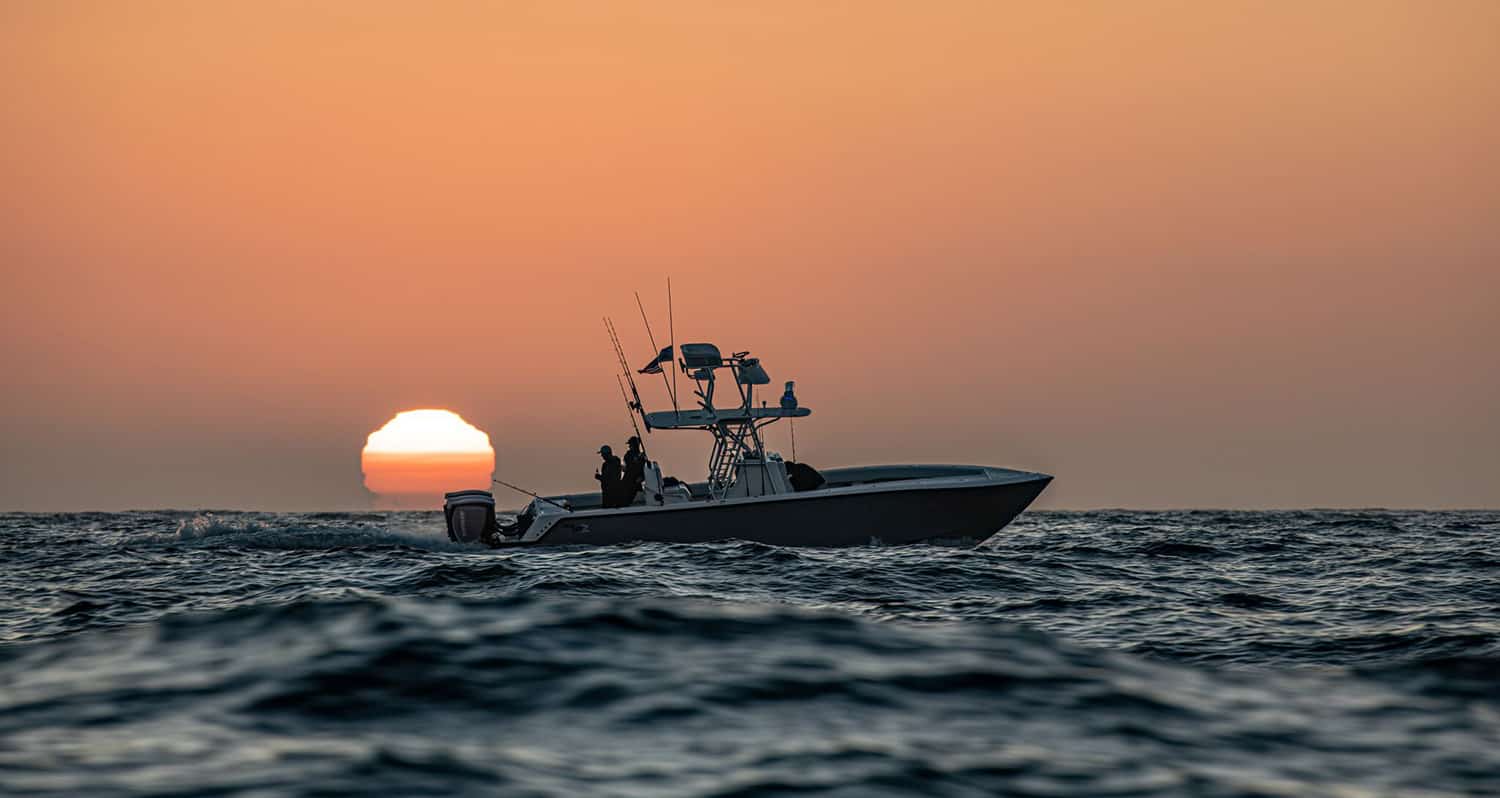