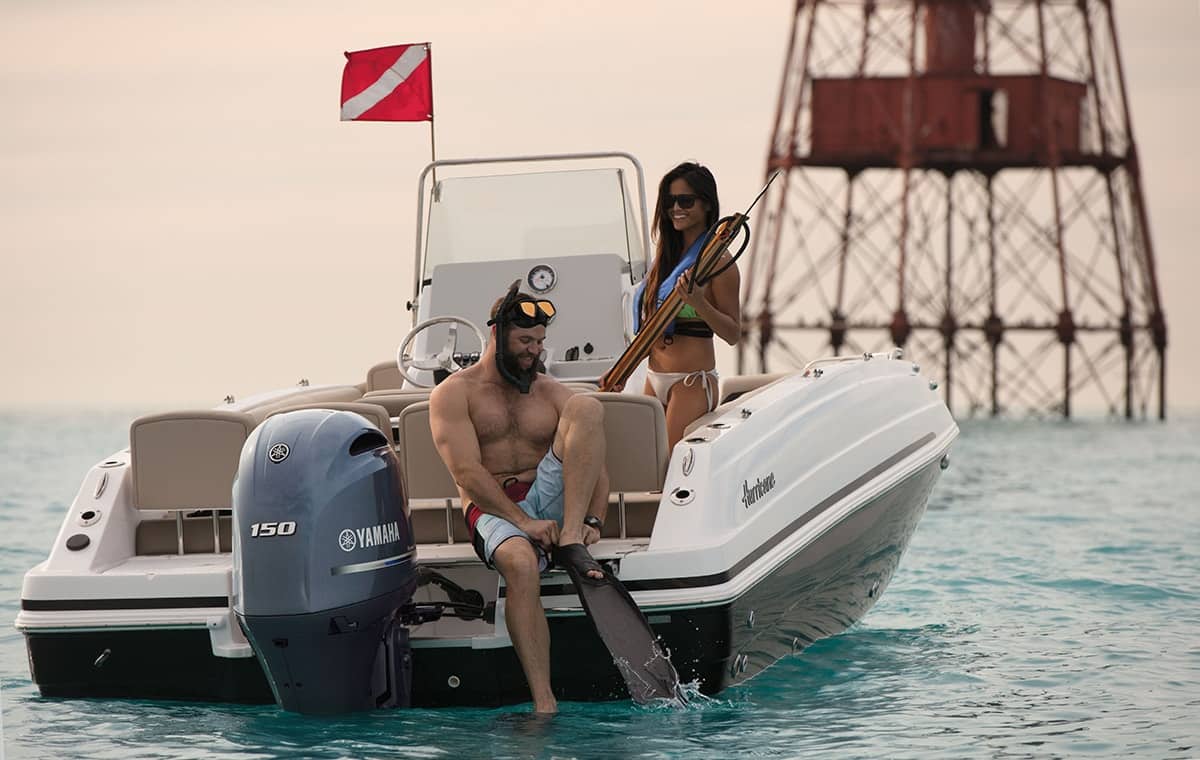 Yamaha’s in-line-four outboard engine line is one of the most popular selections of outboards in existence.

Yamaha made big news with its new F425 XTO Offshoreame outboard and has been known for years for its line of V6 4.2 liter four-strokes, but when smaller powerplants are in order, it’s their line of in-line-four outboards that come into play. Available in F200, F175, and F150 models, the in-line-four models are more than merely popular. In fact, Yamaha says that the F150 is actually the most popular 150 horse four-stroke outboard in the world, period.

The Yamaha F200 is to most powerful of the three in-line-four offerings in this model line.

While the F200 and F175 are similar engines they aren’t identical. The biggest difference is that the F175 doesn’t have variable camshaft timing, which is a feature on the F200. The F175 is six pounds lighter than the F200, and while the F200 requires 89 octane fuel, the F175 can run on 87 octane. 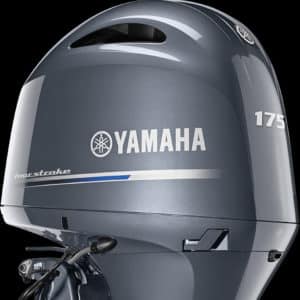 The uber-popular F150 was refreshed in 2014, and re-tagged the F150B. Improvements included upgrading the six-tooth dog clutch to an eight-tooth version to smooth out shifting (an upgrade applied to all of these models) as well as upgrading the valve guides and seats. The motor is actually available in two flavors today, digital and mechanical. The digital version shares most of the base specifications with the F175 and F200, but the mechanical version displaces 2.7 liters instead of 2.8 and has a bore of 3.70” instead of 3.78”. It also has a slightly lower compression ratio at 9.0:1, drops a hair in weight to 478-pounds, and has an alternator that puts out 35 amps instead of 50.

All In for the In-Line-Four

All of these models share a number of commonalities. Perhaps the most reassuring is the fact that no matter the horsepower rating, all spin a wide-open throttle maximum rpm of 5000 to 6000. Some other outboards make more power by spinning faster and as a result, may have abbreviated lifespans. Not so, in this case.

Anglers in particular will like the fact that the F200, F175, and F150 can all run with Yamaha’s SDS shift-dampening propellers. This system takes the “clunk!” out of shifting, and helps you maintain a stealthy attitude as you prowl around looking for fish.

Another thing all of these models excepting the mechanical version of the F150 enjoy: the choice between rigging with either Yamaha Command Link Plus digital controls, or mechanicals. That means all version of these outboards can serve equally well on new high-tech boats, and as re-powers for older vessels. They’re also compatible with the Helm Master system, if a joystick is something you desire.

All of these boats were tested with two people aboard in similar conditions (reported at five to 10 mph winds), with the 14.25” x 18” or 14.25” x 17” Reliance Series SDS three-blade stainless-steel propellers. And looking at all three side by side, the results are unsurprising. With each incremental jump in horsepower you can expect a couple-few more mph at both cruise, and at wot. Efficiency doesn’t change much, with the F200 and F175 both turning in 4.1 mpg at cruise. The F150 posted 3.9 but remember, this was on a slightly larger, heavier boat and we’re talking about two tenths of a mpg – more or less negligible in the grand scheme of things, as a stiff chop, strong tailwind, or a couple extra passengers aboard could easily make up that much of a difference on boats of this nature. The bottom line? Whichever of these sizes best matches you needs, running a Yamaha in-line-four is a winning proposition.