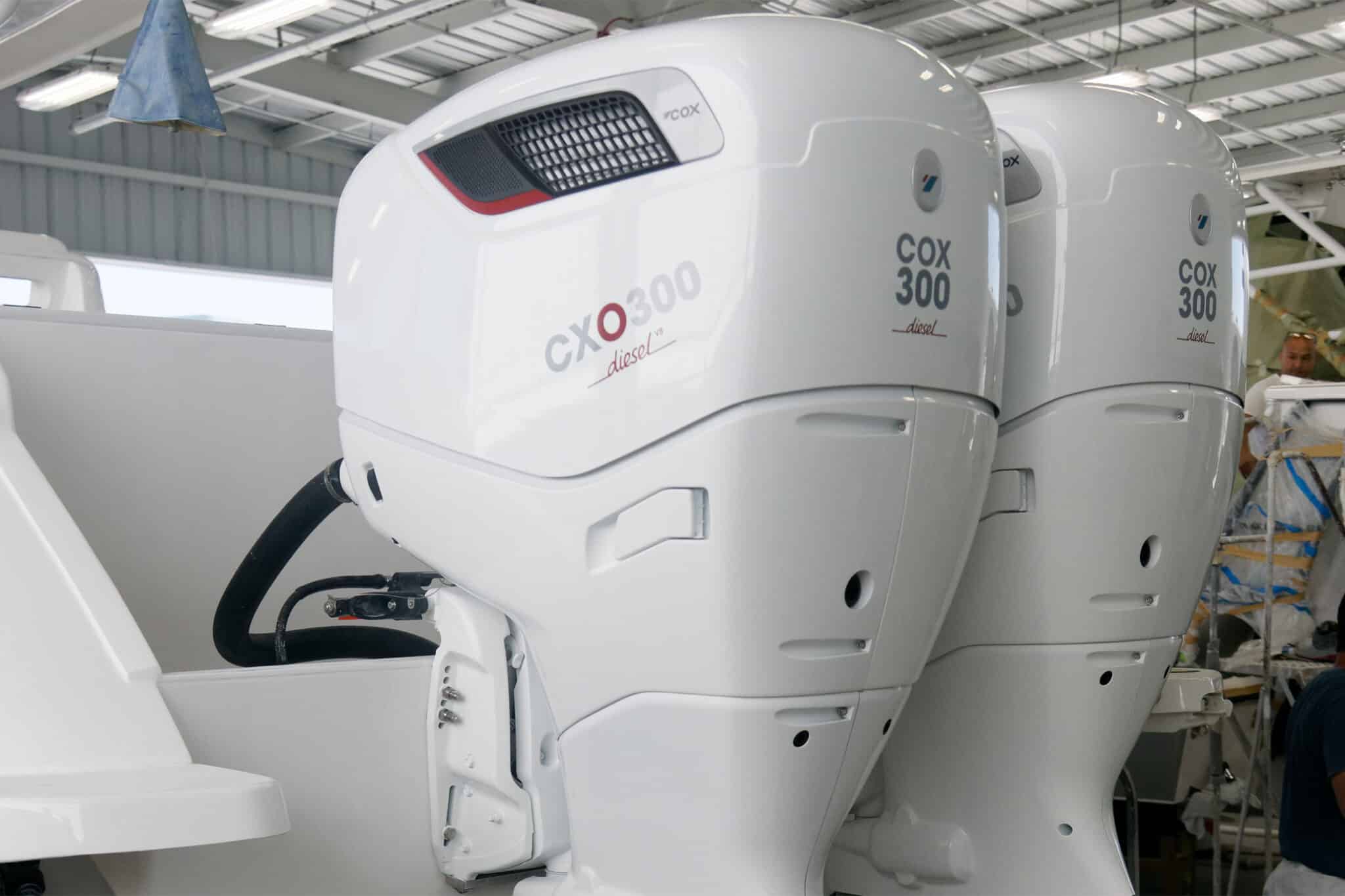 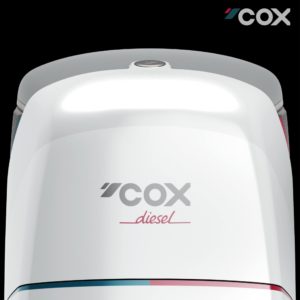 The U.K. manufacturer Cox Marine has rolled out a 300 hp Cox diesel outboard engine, and it’s nothing like you’d expect.

Outboard technology has developed by leaps and bounds in recent years and we’ve seen amazing introductions like the Seven Marine 627, the most powerful outboard in the world, Suzuki’s twin-propellered DF350A and Yamaha’s V8 F425 XTO Offshore outboard hit the water with a big, giant splash. But don’t think for one second that you’ve seen it all, because the final months of 2018 ushered in one more shocker: the first high-horsepower diesel outboard. Cox Marine has begun production of their CXO300 diesel outboard, and they had a pair at the Fort Lauderdale International Boat Show this past November.

The most important detail regarding the Cox is that it’s designed and built from the ground-up to be an outboard. In the past, most attempts at producing diesel outboards have been made by manufacturers who take a motor originally designed for a generator or construction equipment, turn it on end, marinize it, bolt it to a lower unit, and encase it in something remotely resembling an outboard cowl. The net result: insanely bulky, heavy contraptions that never worked nor sold very well. That’s simply not the case, with the Cox.

Thanks to starting with a clean slate of paper, Cox could design the powerhead to sit vertically from the very start. They could mount the service points in accessible locations. And they could put twin turbos, counter-rotating transmissions, tubular heat exchangers, and a NMEA 2000 brain under the cowl.

Net result? The Cox looks more or less like a normal outboard engine. It can interface with a range of off-the-shelf controls including those made by SeaStar Systems, including the Optimus joystick outboard controls, and utilize any NMEA 2000 compatible displays. And it can mount on standard transoms, with the standard adjustments.

A big problem with all previous attempts to build diesel outboards, regardless of their horsepower, has been weight. Cox certainly did their best to keep the CXE300 trim, but yes, it still does weigh more than gasoline outboards of a comparable horsepower. At 826 pounds dry, it’s between 200 and 250 pounds heavier than the average 300 horsepower outboard. Consider, however, that this is a pittance when viewed as a percentage of the displacement of most new model boats that are designed to take high-horsepower outboards. Will that Intrepid with twin Cox 300s go as fast as the Intrepid with triple Yamaha V6 4.2-liter F300s, which amounts to an almost identical amount of engine weight at the transom? Of course not. But it’s not at all problematic to put 1,600 pounds and change on the boat, and still enjoy solid performance. Besides, the concept behind using diesel outboards is not about maximizing speed, in the first place.

Why A Diesel Outboard?

Why go with a diesel outboard, in the first place? Cox readily admits that many boaters are dedicated to gasoline outboards, and their sales director Joel Reid says their intent isn’t to “convince people to give up their gas.” In fact, he expects the vast majority of their sales to come from governmental organizations, which are constantly looking for single-source fuel systems. Navies and militaries, for example, have ships that run on diesel. To them, transporting gasoline so they can fuel up small launches or RIBs is a hazard.

There are, however, some very specific recreational applications that will interest anglers. The first again has to do with single-source fueling. Mothership operations and yachts that have tenders will benefit from going 100-percent diesel. Aside from that comes the efficiency advantage that diesels enjoy. Diesels almost always beat gasoline engines in this regard, and Reid says that the CXE300 can extend range by a solid 25-percent. So sport-fishermen who plan to make epic runs over the horizon and need to maximize range might want to have diesel outboards on the transom. 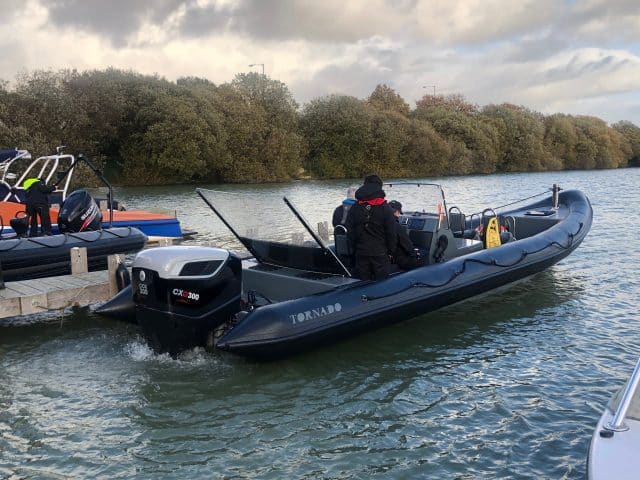 Torque will be a consideration for some people, too. Cox claims a 100-percent advantage in peak torque at the crankshaft, and one of 60 percent when compared to leading 350 horsepower outboards. Again, this doesn’t translate into speed. But it does mean that these engines should have no problem lifting big, heavy boats up onto plane. And in some cases, a pair of Cox diesels may be able to handle a large load that would normally need triples to get over the hump.

What about price? Cox hasn’t spilled the beans yet on an exact figure, but says that pricing should be in the neighborhood of $50,000. So, we can expect it to be about twice the cost of an F300, which isn’t all that different from the usual price increase going from gasoline to diesel. Just how long it would take to recoup that with a 25-percent efficiency gain depends, of course, on just how far you run and just how often you fish.

Get more info about outboard engines and boats from Lenny Rudow on BD. 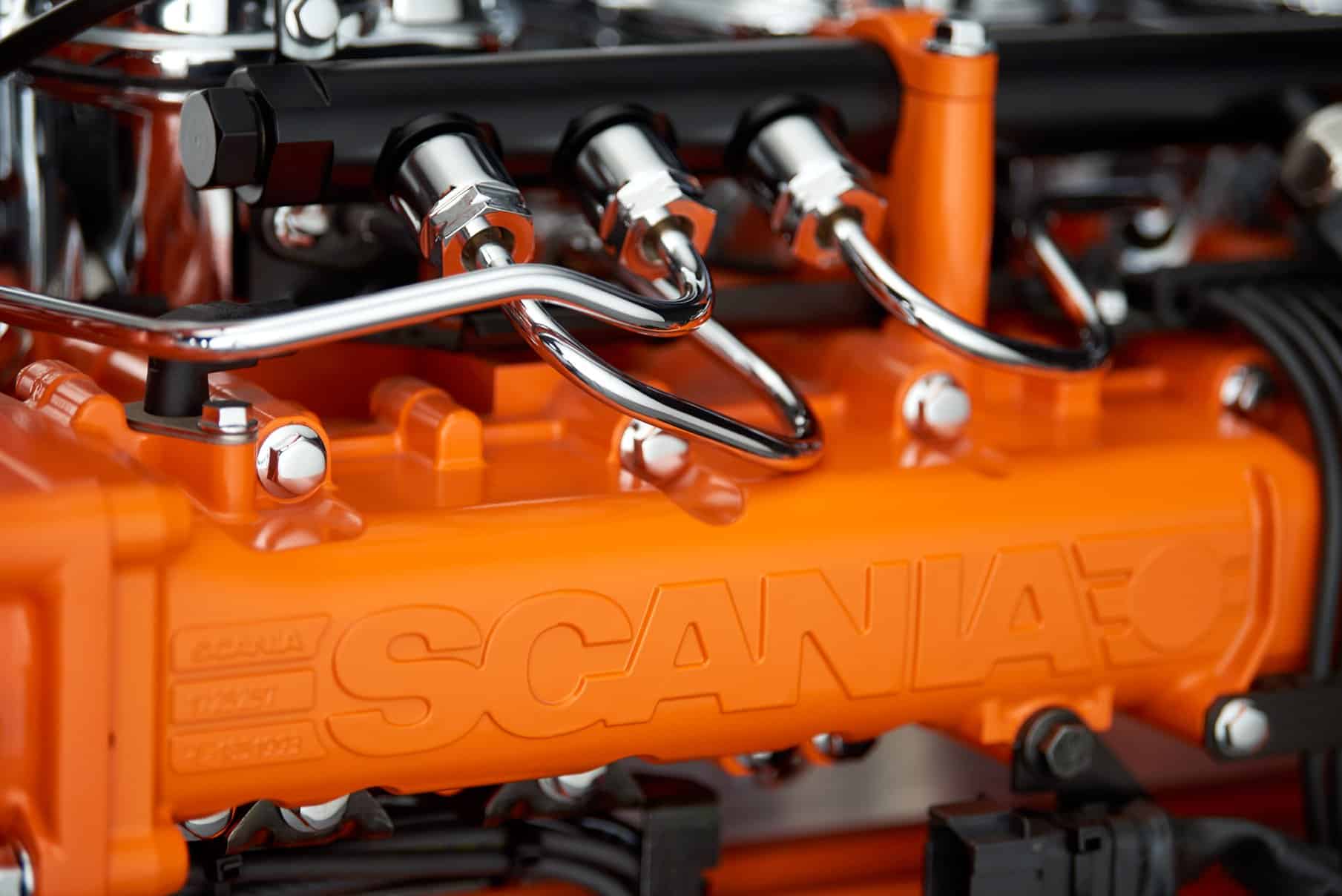 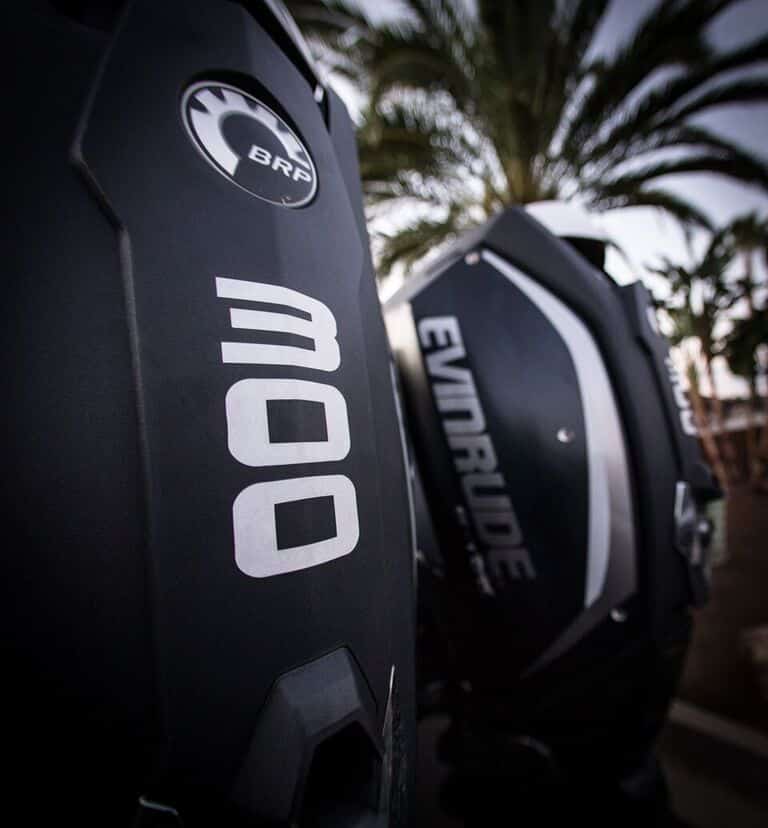 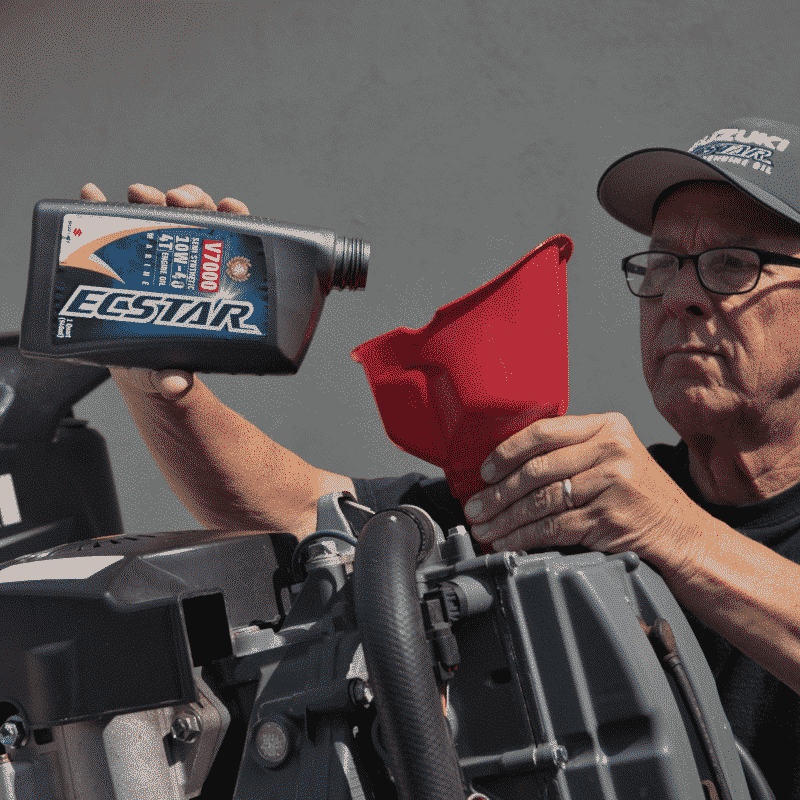