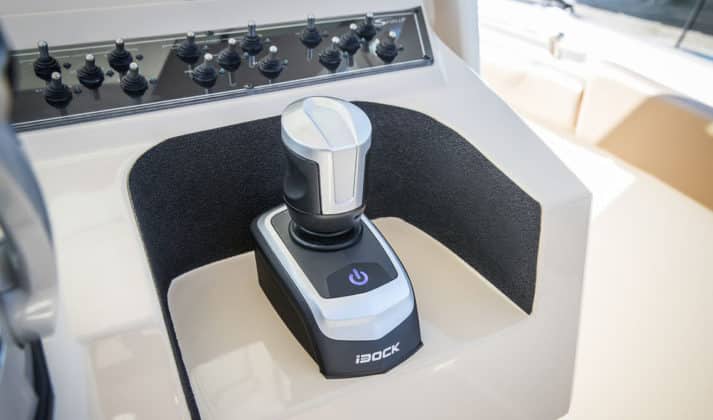 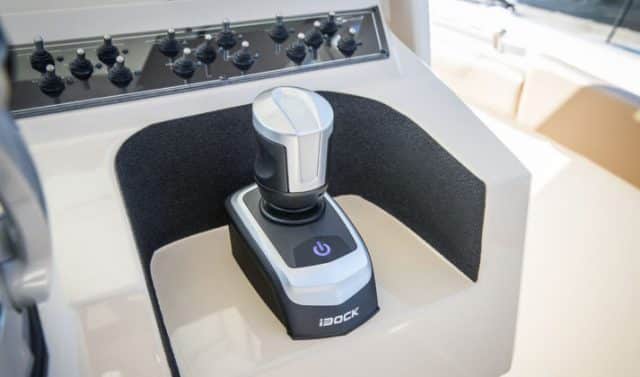 Joystick systems are becoming more and more common on outboard boats, but are they worth the investment?

Thanks to the popularity of the Evinrude G2 outboards, it was only a matter of time before Evinrude came out with a joystick system. After all, joysticks have become uber-popular on all types of boats, outboard fishing boats included. But, do anglers really stand to benefit from these systems? We began delving into the possibilities when we examined our experiences during a day of fishing with the Yamaha Helm Master system, but each of the outboard joystick control systems has its own attributes. And then, there’s cost to consider. So, how does iDock fit into the mix?

The Price of Evinrude iDock

Here’s the good news: iDock costs literally half of what most outboard joystick systems go for, and in some cases, closer to a third of the cost. Their published MSRP is $5,999 to have it included on a new boat rigged with a pair of G2s. And it can match up with any G2 – all the way from 150 to 300 horsepower.

The key to keeping cost down is the fact that Evinrude is starting ahead of the curve, because G2s already have many of the important components built in. When adding a joystick to other systems you may need to replace or add to the steering system. But in this case, the hydraulic helix steering is an integral part of the G2. Same goes for the digital controls. No new controls, external pumps, or updated components need to be added, to get that joystick working. In fact, the only physical items you need to add are the joystick itself, a control module, and some hydraulic lines.

When it comes to fishability, truth be told iDock won’t have a huge effect. This system is really all about close-quarters maneuvering, and it will allow you to move the boat sideways or spin it in its own length with a mere push or twist of the joystick. Could you use it for enhanced pinpoint positioning while trying to put the boat over a very small, specific hotspot? Sure. But Evinrude’s system doesn’t include some of the fishing-friendly features of competing systems, most notably virtual anchoring capabilities. Yet.

As far as close-quarters maneuvering goes, when compared to competing systems iDock does have a leg up thanks to the integration of a gyroscopic sensor. The sensor is able to “feel” changes in motion triggered by outside influences like wind and current, and the system can “fight” them all on its own. With most other systems you need to account for a sudden gust or a pushing current by constantly making adjustments. But in this case, the iDock does most of the heavy lifting.

When we tested the system on a number of boats we felt that this difference was quite noticeable, especially on models with lots of windage. And it was quite gusty and storming, when we sea trialed the boats equipped with the system. On one, a Scout center console, we felt it did provide a leg up when docking. But where it shined even brighter was on, of all things, a big twin-engine pontoon boat. That’s because the vertical aluminum sides of the pontoon cause the boat to act more or less like a giant sail, while the lack of a V-hull and keel under the water allow it to skim across the surface without much resistance. In other words, it’s a nightmare to handle dockside in heavy wind. When the iDock wasn’t engaged, gusts sent it swinging and sliding out of control. But thanks to that added advantage, when you held the joystick steadily in one position or another the system did all the work in adjusting for the wind’s effects.

So, is iDock perfect? Of course not – when it comes to boats, nothing ever is. There was a slight delay, just a fraction of a second, between moving the joystick and the application of power. This means you need to account for the motion of the boat and plan ahead just a hair. This is, of course, true of most electronic control systems, so it wasn’t exactly a surprise. And the Evinrude reps on-site said that as they refine the system, they believe they can reduce the delay.

Like handling any boat, with a little practice it gets easier and easier. And we felt that within about 45 minutes, we already had the hang of iDock joystick operation. For a newb who’s not familiar with docking boats in general, this probably translates into performing a number of dockings before he or she feels 100-percent comfortable bringing the boat into a slip. But that number will be lower – a whole lot lower than it would be without the joystick in action. If you want to dramatically shorten the learning curve when it comes to handling a boat in close quarters, the iDock system fits the bill. 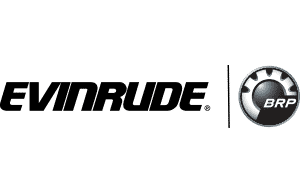 Get more about Evinrude on BD.