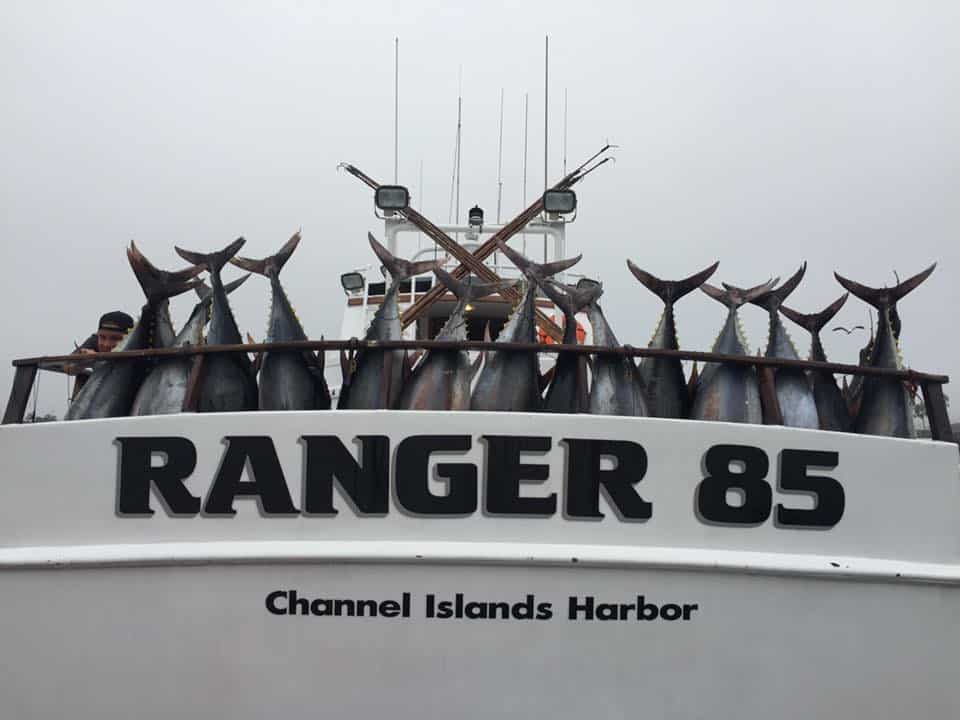 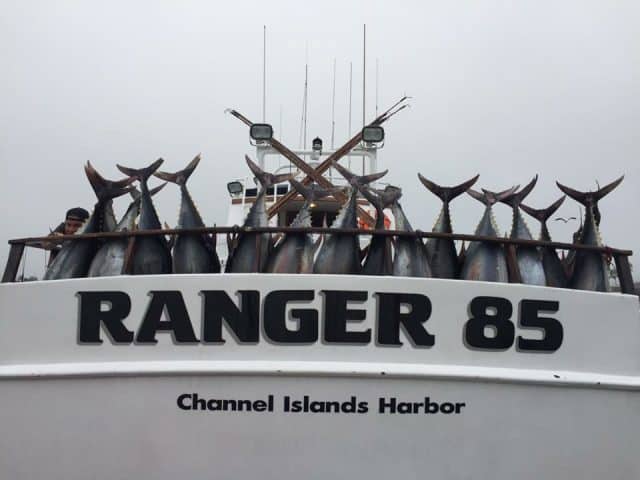 Good news! Southern California’s summer fishing season is almost over. All we need to do is get through the next three days and the amount of private boat traffic is going to drop dramatically as most of the serial sport boat followers and chum line violators call it a year and go back to whatever it is they do when they’re not making our fishing lives miserable. But before we consider the summer post-season, we’re going to need to figure out how to get through the holiday weekend first.

The good news is that there are fish biting in plenty of different areas. The bad news is that not all of those areas are biting all that well at the time of this writing. The most consistent action continues to be the bluefin tuna that are biting offshore, but before I get into that let’s cover some of the other bites that are happening.

The yellows and seabass were biting pretty good at the Channel Islands earlier this week but the action has slowed down a bit. Boats fishing Anacapa and Santa Cruz Islands on Wednesday had 20 to 30 fish scores on yellows but the fish are on the small side with most weighing under 10-pounds.

The small yellows are also biting in the south end of the Santa Monica Bay and along the Palos Verdes Penninsula. I fished bass at PV on Saturday and saw several private boaters catch multiple yellowtail at Rocky Point. I also saw lots of them swimming through the kelp. Water conditions looked good up and down the peninsula but the bass fishing was the worst I’ve seen it in a long time. 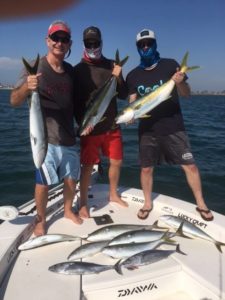 There are yellows in front of Long Beach as well. Captain Gerry Mahieu fished Tuesday and reported, “We started local going one for six on the yellows. Things slowed down so I decided to run to Catalina. We fished up the backside East End for a decent bite on yellows, bass and bonito. I ran up the front side of the island to get a better angle for the ride home and the fish were biting on the front as well. Took another look at the local zone on the way home and went three for five on the yellows. No big fish today but some decent ones in the mix. Water was cold on the Horseshoe and good at the Island.” The good news is that the cold water along the coast has already started to warm back up and there’s a good chance that the yellowtail bite will resume in the next few days.

The other coastal yellowtail bite, this one off San Diego, has also slowed down. If you want to target yellows your best bet is to jump on a trip that’s fishing Catalina, San Clemente or the Coronado Islands. The fishing has been hit or miss at Catalina but there’s a big volume of fish there. Clemente isn’t getting a lot of attention since most of the overnight boats are fishing tuna but there are plenty of yellows around. 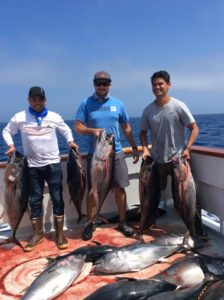 Heading offshore, there are some yellows and dorado being caught off kelp paddies and a few yellowfin tuna coming off dolphin but the bluefin tuna have been the most consistent. The photo at the top of this article shows the Ranger 85 who just returned from a 1 1/2-day trip out of San Diego with 21 big bluefin in the 85 to 150-pound range. The bigger bluefin are still mostly being caught while fishing the kite but the fish have finally started biting sardines with hooks in them and the counts reflect it. This morning the Old Glory reported limits of bluefin by 8:30 AM Other boats have been getting good scores as well. Both the Freedom out of 22nd Street Landing and the Thunderbird out of Davey’s Locker reported near limits of quality fish on their recent trips. The fish are biting closer to home than they have been, which means increased private boat pressure but the good news is that after this weekend that should lighten up.