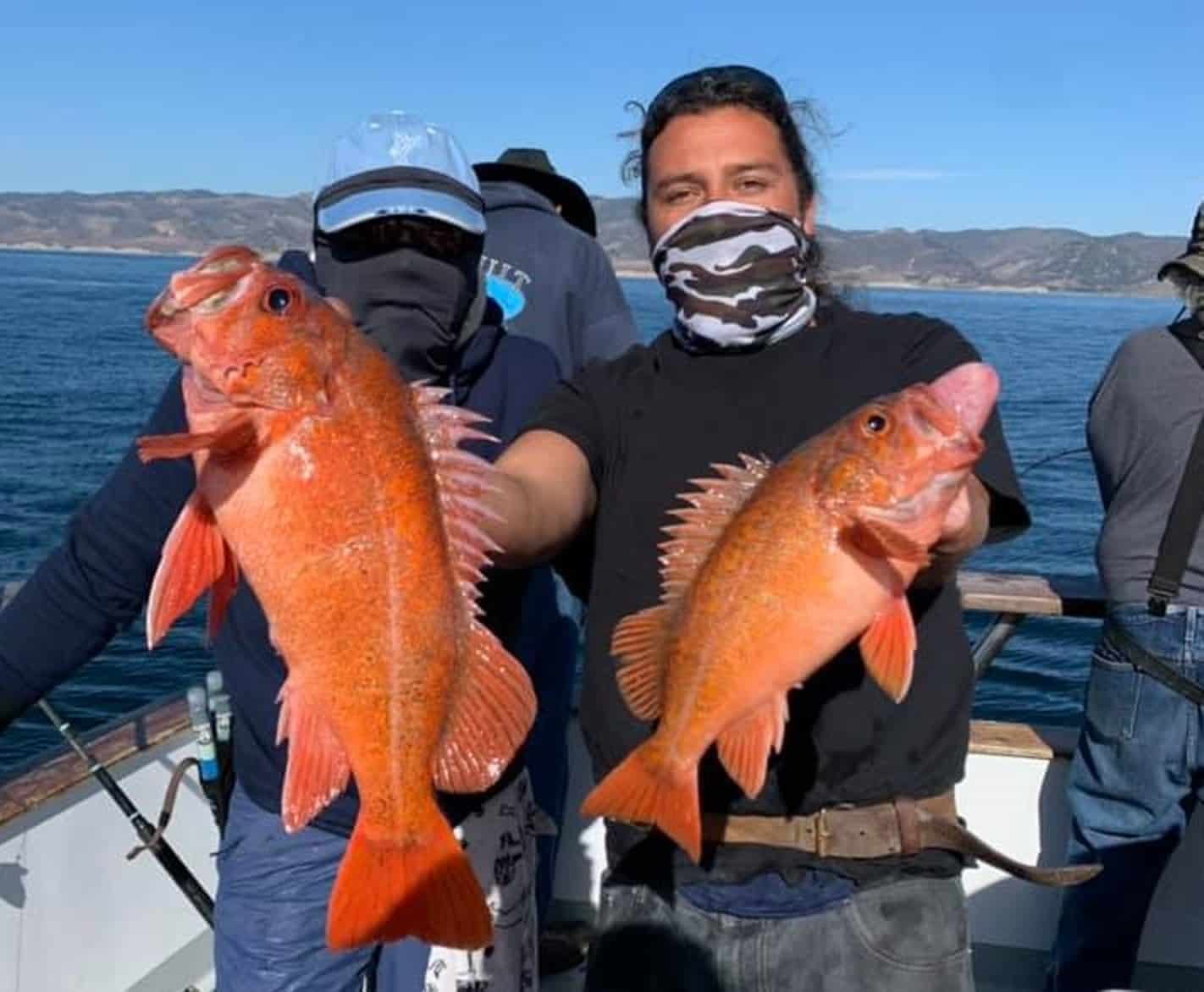 As usually seems to be the case at this time of year, last weekend’s fantastic weather resulted in slow fishing. I fished San Clemente Island on Saturday and the bass fishing was painfully slow. After spending several hours flailing away at every beach, reef, and strand of kelp we could find, I headed into deeper water to fish cod. While the cod marked like they do when they bite, in spots that they usually bite, that fishing was horrible as well. After hitting at least a dozen spots for two reds, we headed back into shallow water and resumed not catching bass. The good news is that we had a great ride home so we weren’t beat up at all the next day when we pounded Newport Harbor for six hours to catch zero bass.

I’m not sure what this weekend holds in store but the good news is that, at least as far as I’m concerned, it would be almost impossible for the fishing to be any worse. 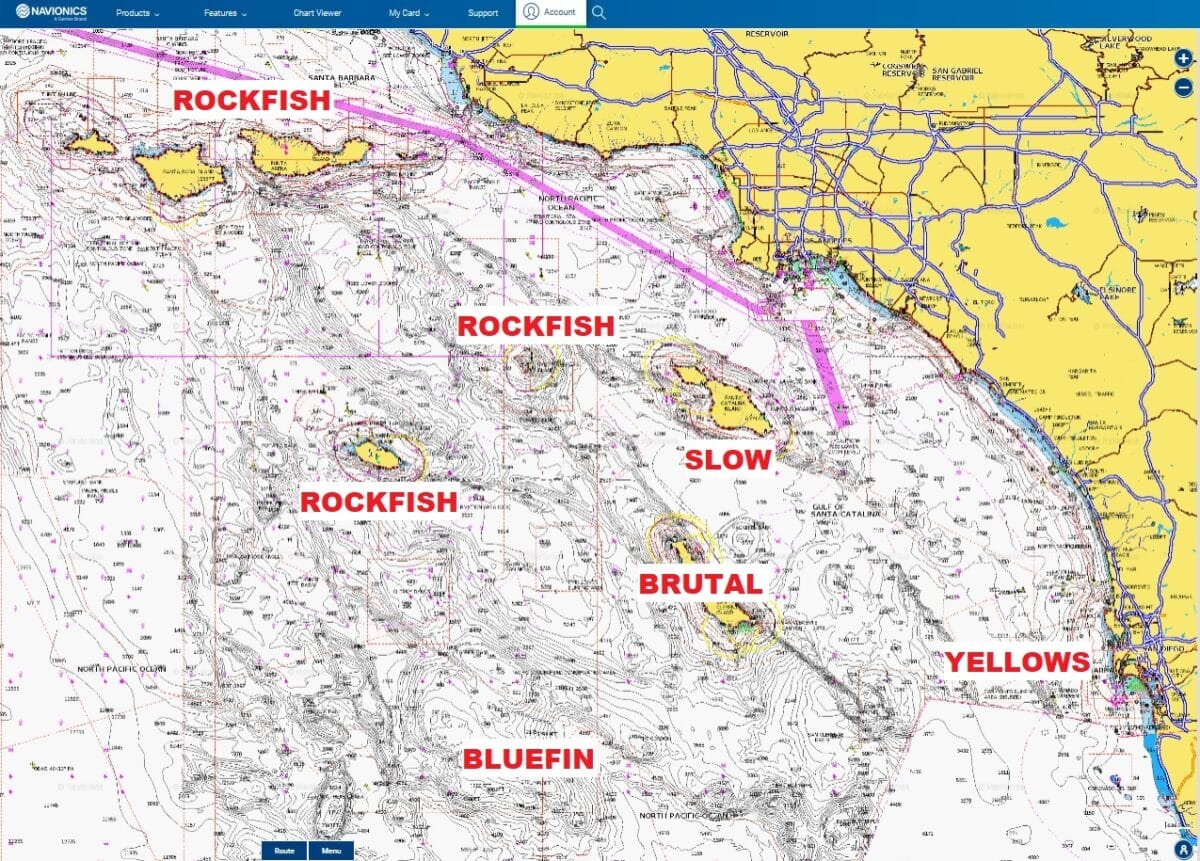 Speaking of this weekend’s fishing options, let’s take a look at the Navionics Chart and see what’s biting. Starting up north, the rockfish bite continues to be good along the Santa Barbara coastline and at the Channel Islands. The weather up there on Saturday doesn’t look good for making an island run but it lays down enough on Sunday that the sport boats should be able to make the crossing along with the most daring private boaters. If you’re a private boater planning to fish up there this weekend I’d take a hard look at the forecast in the morning before heading out. The same weather forecast holds true for San Nic, where I’d categorize it as unfishable on Saturday and iffy for Sunday. While the bite out there has been excellent, this probably isn’t the best weekend to fish. 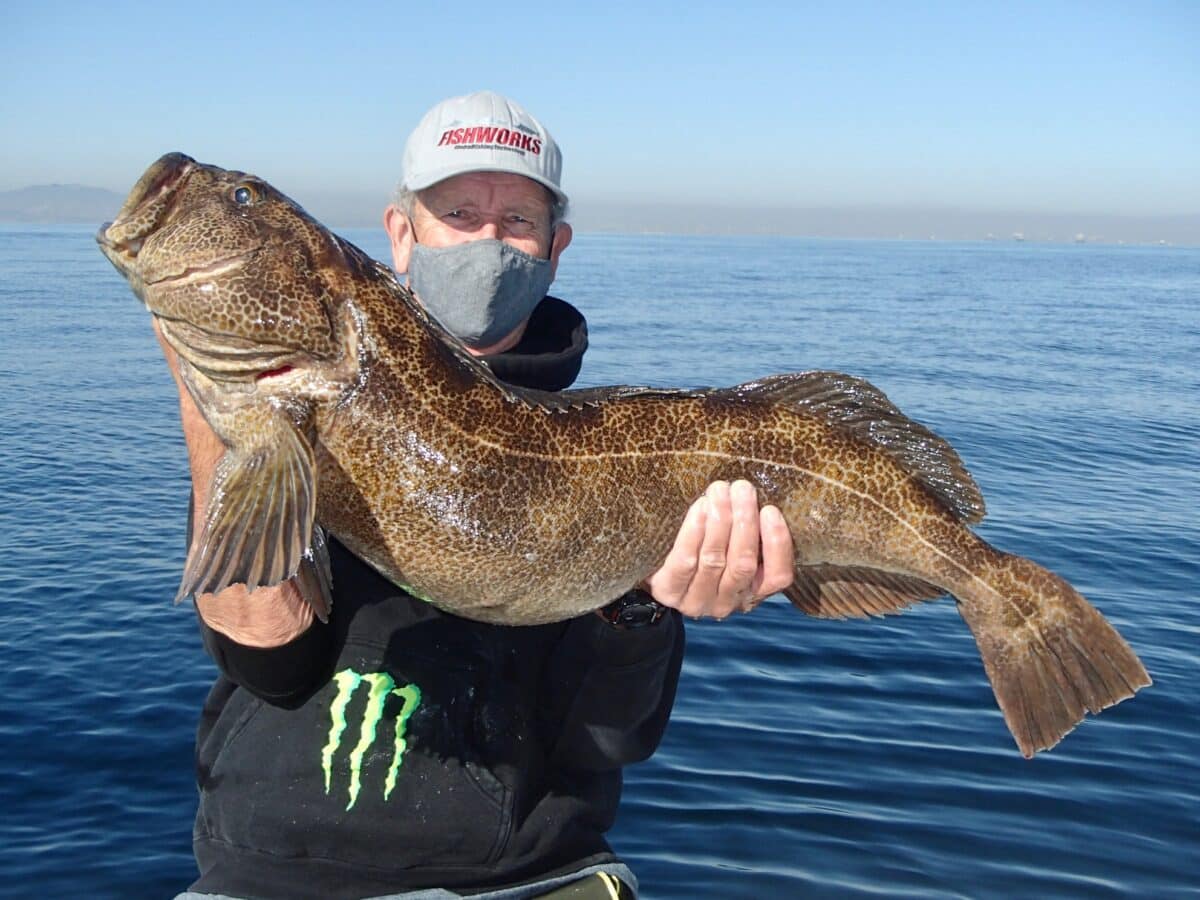 The rockfish bite along the coast has improved dramatically due to the availability of live squid. While the squid float along the beach has dried up, there’s enough of it around at Catalina that Nacho’s bait receiver should have it available through the weekend. While the live squid has made for good fishing on the reds, there are also some nice lingcod being caught. BD member Yutaka had a good day earlier this week and you can see by his report. Rockfish aside, there are some bass biting along the coast and I’d imagine the live squid would help with that bite if you’re inclined to fish it. Further down the coast, there are still some yellowtail biting in San Diego, but it’s kind of a “right place at the right time” type of thing. BD Member longboard85 was one of the people that found themselves in that category this week and had this to report. 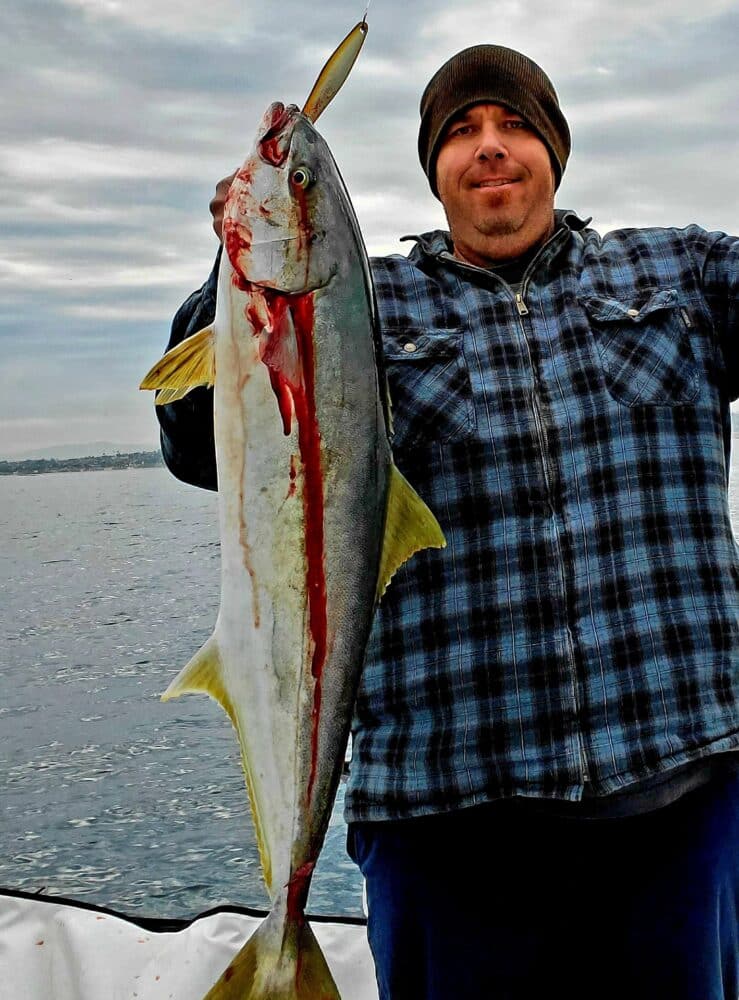 The bluefin bite at the Cortes and Tanner banks continued this week and which much less boat traffic than in previous weeks. While the average size of the fish remains on the small side, by today’s standards, in any case, the action can be good. A recent trip on the Tomahawk returned with 73 bluefin from 15 to 125-pounds, with the majority of them in the 40-pound class. The good news is that these fish are readily biting a fly-lined sardine, so you don’t need to drop flat falls all night or wait for your turn in the kite rotation. 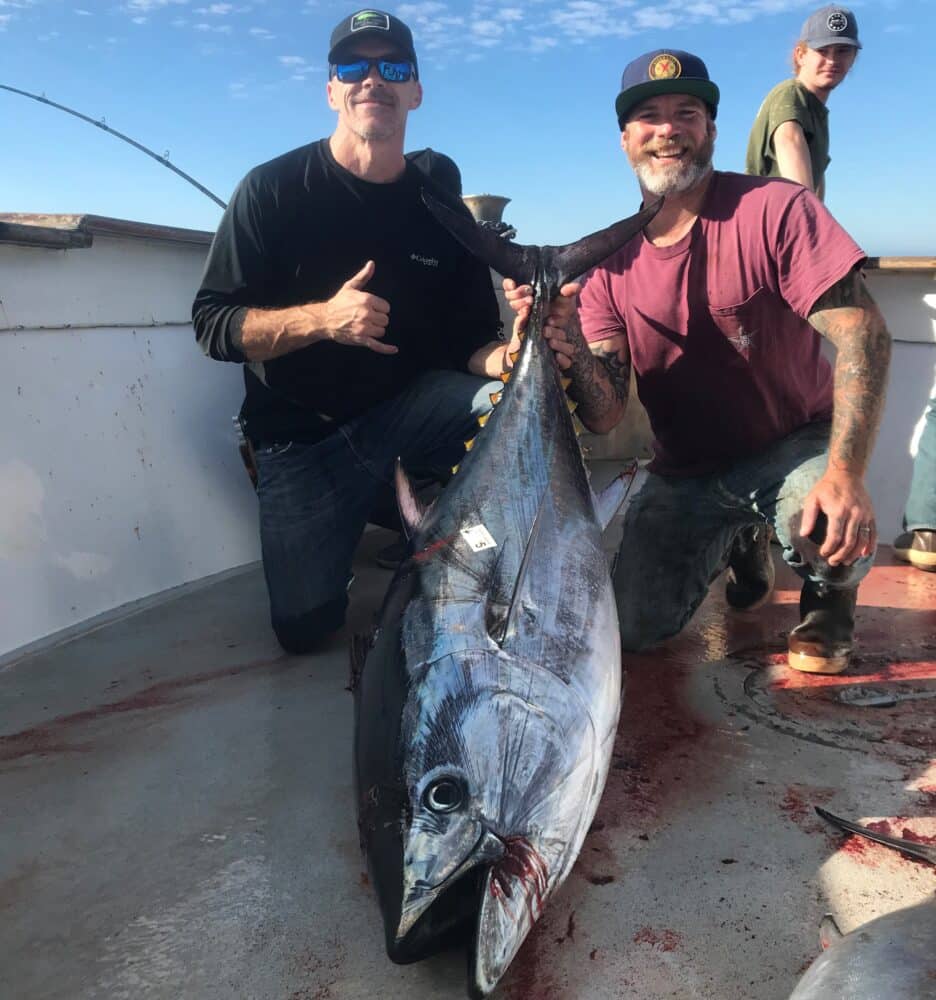 There have been reports of tuna being seen off San Diego over the last week but I haven’t heard of any being caught. With most of the sport boats shutting down for their yearly maintenance, I doubt that anyone will spend much time looking down south until the boats start running their Colonet freezer filler trips next year.  That’s about it for this week,  good luck if you’re heading out this weekend!