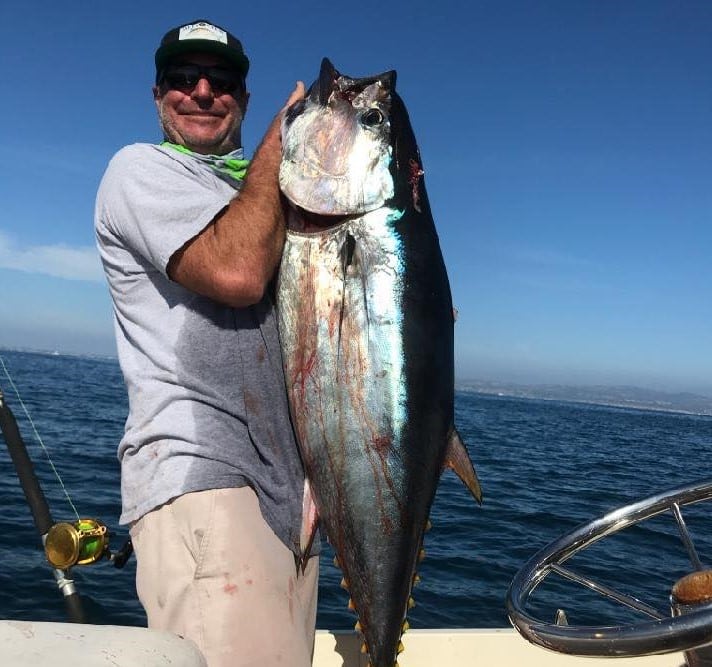 The big news this week is that the bluefin have returned to Southern California’s waters. The fish, which first popped up over the weekend, were scattered from Newport Harbor to the Mexican border. 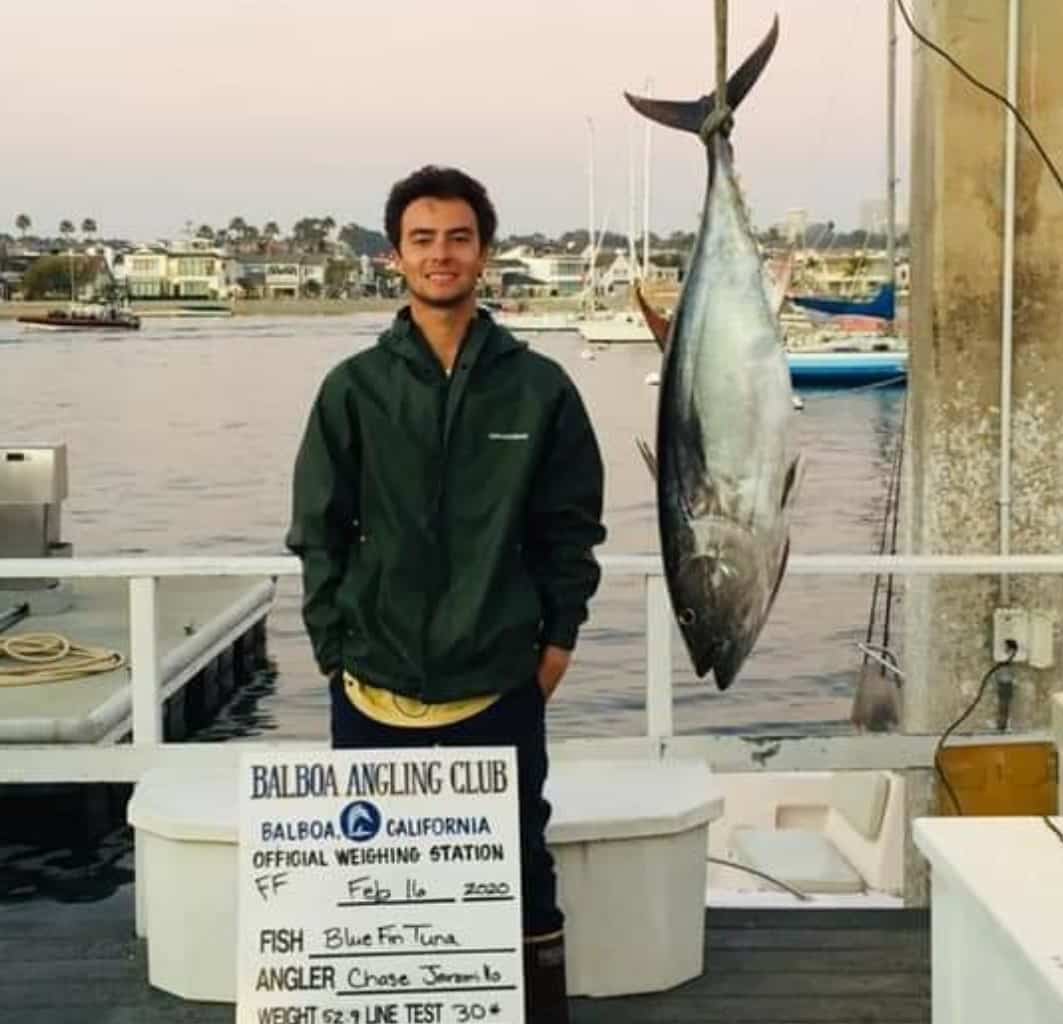 A few of my friends were out chasing them on President’s Day and got bit very close to the beach. Most of the fish hooked were on slow trolled mackerel and a lot of them were lost due to guys fishing too light of line. I won’t mention any names to save them the embarrassment, but a buddy of mine went 0 for 5 on fish up to 80-pounds. Several of these fish were lost to the 30# leader being chewed through and at least one other due to knot failure.

My friends Doug Bury and Eugene Roberts fared better while slow trolling on Monday and landed a 70-pound fish in the same area that my other buddy was farming them. Jimmy Decker was also out on Monday and tried slow trolling but got bored and gave up after about five minutes. That decision proved a good one as he soon had a quick foamer pop up from which he caught a 50-pound fish on the Rapala Subwalker, I was stuck in Las Vegas this week so I didn’t get in on the action but if I were on the water I’d have done what Jimmy did and drove around until I found some fish that I could target by casting a lure to instead of dragging a mackerel around and waiting to get bit off. 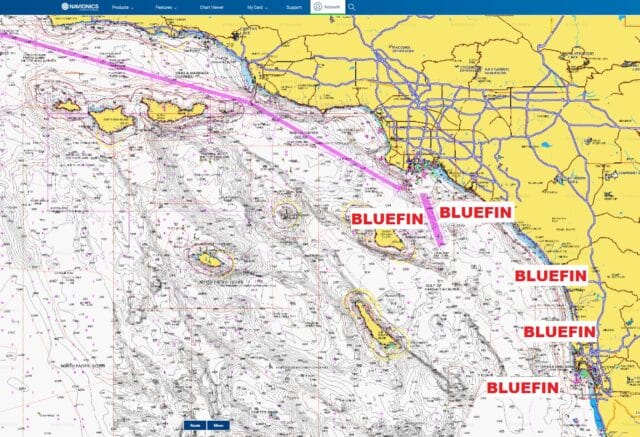 This week’s Navionics Map shows where bluefin were mostly seen and sometimes caught this week. One interesting thing to note is that the coastal bluefin bite dried up on Tuesday and by Wednesday I read reports of guys no seeing any fish while drifting or slow trolling mackerel through Monday’s zone. The reason this is interesting is that the bluefin didn’t stop biting, they simply moved somewhere else and the guys who were out wasted their day in yesterday’s zone instead of going out and finding today’s zone. One thing that’s become apparent over the last half-decade is that these bluefin tuna will move around a lot while feeding. Heck, I’ve chased one school of fish from Dana Point to the 14 Mile Bank over the course of an afternoon. So, if there’s no sign of tuna in yesterday’s zone, it’s time to go looking. 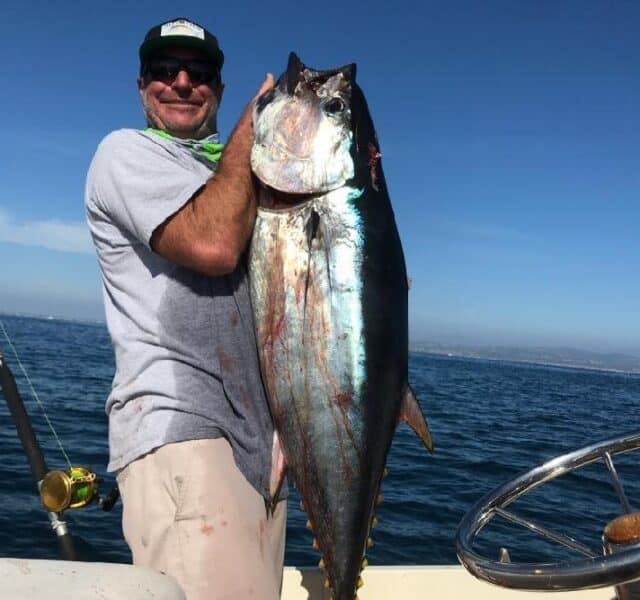 I’m not going to tell you where to go looking this weekend because I plan to do so myself if it doesn’t rain too much on Saturday, but I will share this video on Offshore Fishing Strategies to get you on the right track. If you’re in the video-watching mood, I also suggest the one I did on Identifying and Tracking Offshore Fishing Patterns. If you’re going to be spending a few days offshore this season it’s never too early to start paying attention. Finally, if you are heading out, I highly recommend forgetting all about slow trolling and just focusing on casting lures at these tuna. If you’re looking for some pointers you can find them in this video about Fishing Hardbaits for Bluefin and Yellowfin Tuna. Good luck if you’re heading out this weekend!