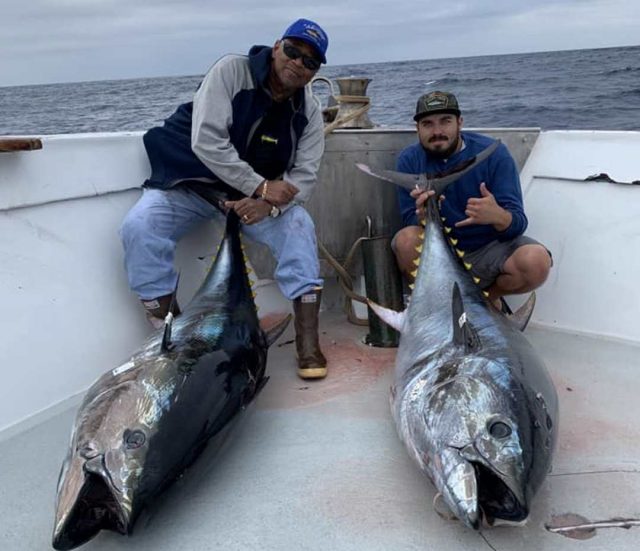 Despite rough conditions, the big bluefin bit right on cue during October’s full moon on Tuesday. Several boats got on them and had good scores but the high-liners were the Pacific Queen and the New Lo-An. The Pacific Queen reported 19 fish over 100 with 2 over 200 and the New Lo-An tallied 18 over 100 and 2 over 250 with the biggest weighing in at 296-pounds. The fish bit best in the dark and as you can imagine with this grade the casualties were high.

Due to boat schedules, there weren’t many reports out of the zone on Wednesday but I’d imagine the fish should still be there and biting come the weekend. If you read last week’s report you know that the fish had been moving west and they did so again this week by moving out to Cortes Bank. It’s anyone’s guess if they’re going to move back towards Clemente or keep going west but if they do keep going they’re going to be out of fishing range soon. 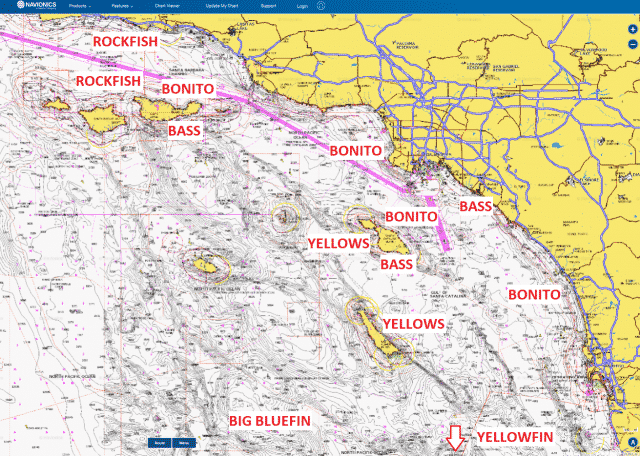 With what has become my weekly bluefin opening statement out of the way, let’s go to the Navionics Chart to see what’s biting in your area. Working from top to bottom, it’s rockfish time in Santa Barbara and Ventura counties and boats fishing both the coast and islands have been doing well. There have also been bass and bonito biting for boats fishing tight to Santa Cruz Island. The weather up that way looks pretty good for the next ten days so most of the zone should be in play for private boaters. I might even make the run to Rosa myself sometime next week if the weather holds up.

There have been some reports of yellows coming from the dirt clod, but I don’t trust them because I suspect that they may be coming from guys who are mad because they ran all the way out there, caught nothing and are now trying to trick others into making the same mistake. When you hear someone speak fondly of the island always remember that misery loves company and take their reports with a grain of salt. There are however, yellowtail biting at Catalina Island and I saw on social media this morning that some of the 3/4-day boats are tanked with live squid so there may be bigger scores reported on Thursday evening. 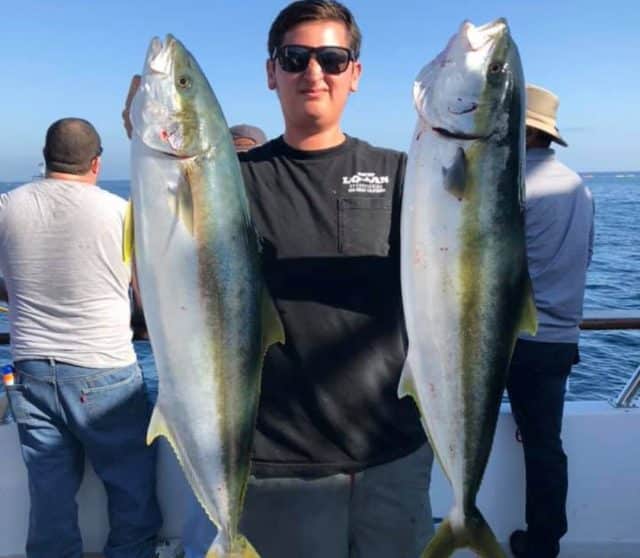 There are also some bass, barracuda and bonito biting at the island but the action is on the slow side I fished there on Saturday and looped the island from the isthmus all the way around to Avalon for slow to decent fishing on mostly small bass. So I wouldn’t recommend making the run unless you’re looking to try and catch a yellow. There were some yellows biting on the front side of Clemente as well but the island didn’t get much coverage this week so there’s nothing new to report. 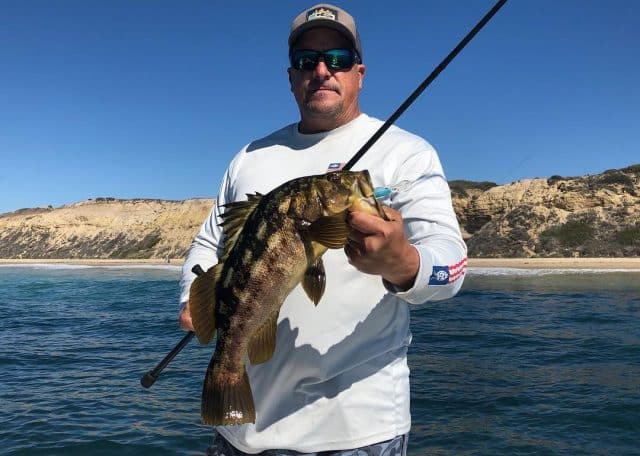 I fished the coast on Sunday both above and below Newport Harbor and had excellent calico bass fishing on small hardbaits fished close to the beach. For whatever reason the only biting bass were right outside of the surf line in 5 to 15-feet of water. The conditions were calm enough to allow us to fish that tight but some of the surfers at the river jetties were getting upset that we were casting our lures in between them where they were waiting for sets.

The bonito are still biting along most of the coast but the best scores have been coming from the Santa Monica Bay and down towards San Diego. A lot of these fish are coming out of deep water but if you do find some biting close to the beach near the kelp they’ll usually get the bass biting as well and there have been more than a few bigger yellowtail caught this week by guys fishing bonito around Palos Verdes. 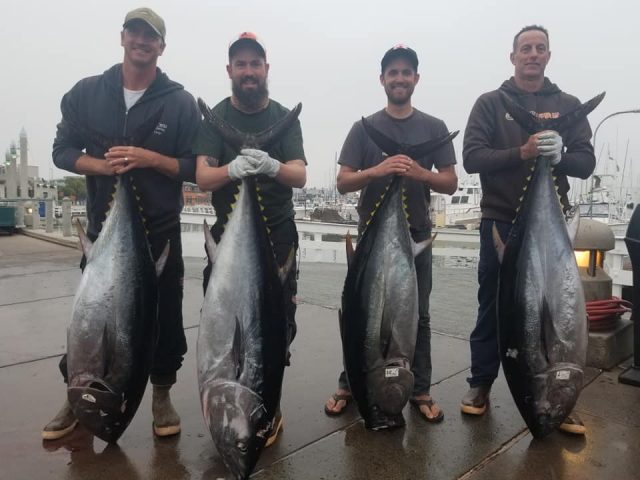 The action south of the border is pretty much the same as last week. There are still some skipjack and yellowfin scattered around the local banks and the Coronado Islands are still not biting. And the bulk of the biting yellowfin is still outside Ensenada. I’m not saying that fishing is winding down for the year, but I doubt it’s going to improve, so if you’ve been thinking about doing another trip this year, now is the time to do it.