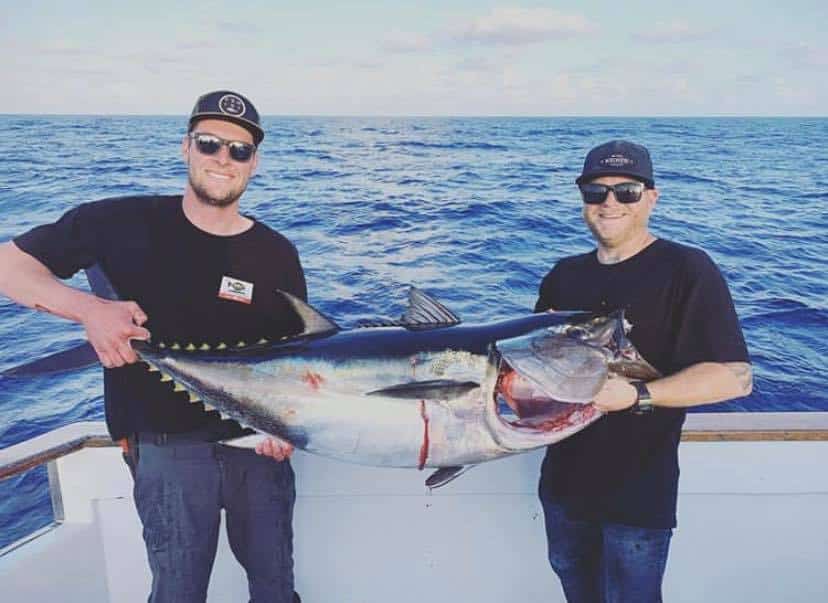 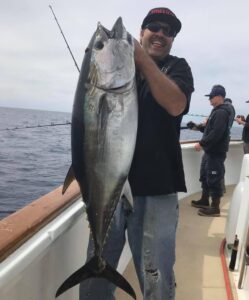 I mentioned a couple of weeks ago how when the yellows pulled a disappearing act at Colonet, the Pacific Queen looked outside and caught the first bluefin of the season.  That little exploratory jaunt seems to have turned into a full-scale bite.  Since then, several boats have made their way down on 1.5-day trips to the offshore zone off Punta Colonet and they are scoring!  After that initial hit on the Queen, the Tomahawk went down the following weekend and scored 13 fish between 50-90-pounds!  I talked to Capt. Sal Salazar at Fred Hall last week, and he said there is a huge volume of fish down there and the schools he was running into had fish north of 150-pounds mixed in.  He told me he advised the anglers on board to not fish less than 40# test line, but many did resulting in a high casualty rate or they probably would have caught more.

Obviously this is very exciting news!

More remarkable though was this last Saturday (March 7th), the San Diego was doing its normal Coronados run.  The yellowtail weren’t cooperating, so they were doing some drifts on rockfish to fill the sacks.  Suddenly, they got a surprise visit by a school of bluefin!  Anglers on board managed to hook 5 fish, but unfortunately, all were lost.

It’s a good lesson to be prepared for the unexpected.  Had I been on the boat, I would have certainly had my surface iron setup.  I could’ve tried with the iron, or cut off the jig and fished a bait on that rig (40# mono).  Either way, I would’ve had a chance.  Something to keep in mind as you prepare for your next trip.  Although they didn’t actually catch any fish, their encounter is a good sign that those Colonet bluefin are already marching up the line and may be coming soon to a boat near you.  As I told a friend this week… 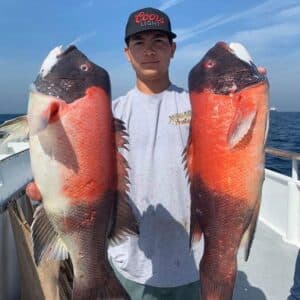 This last week was good on the rockfishing front.  It was kind of the delayed opener.  Good to see though for both the overnight and the local boats.  You may recall from a few weeks back, I was fishing the extended halfie on the City of Long Beach and we fished bass on Izor’s with live squid.  We caught a lot of quality rockfish on that trip that unfortunately had to be sent back down.  I even had that big lingcod follower on one of my bass.  Well, I’m thinking Capt. Mitch Christensen on the City and Capt. Andy Siratt on the Enterprise (both boats from Pierpoint Landing in Long Beach) might have talked, as the Enterprise had some really impressive local rockfishing action this week.  The highlight was loading up on big goats (left) to go with some reds, whitefish, and other bottom dwellers.  It’s supposed to rain this week Wednesday on through the weekend.  As the saying goes, the fish are already wet, so a local ride might not be a bad way to go.

As a final note, some of you already know that I have left SoCal temporarily.  I need to go to Seattle and handle some family business.  As I write this article, I’m just outside Napa and getting ready to head back on the road.  I’m hoping (cross your fingers) to have a fishing adventure in Oregon on my way up, but we’ll see how that goes.  I may not be having regular articles while I’m gone, but I’ll do my best to put down some words if I see something interesting or get on the water myself.