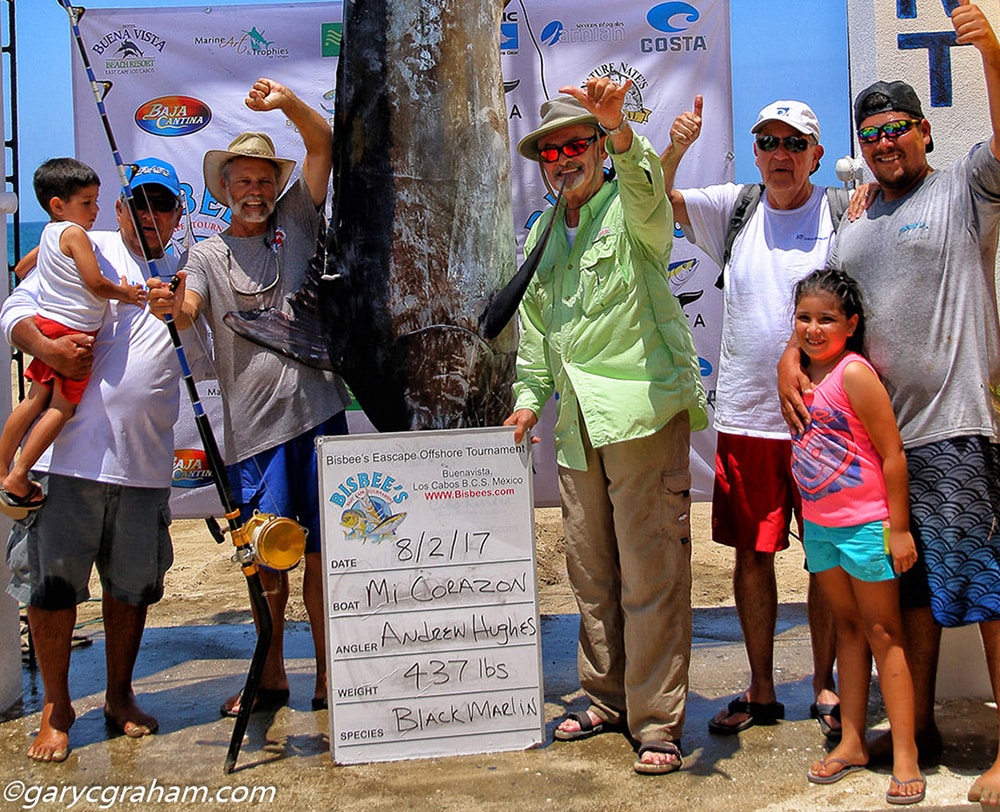 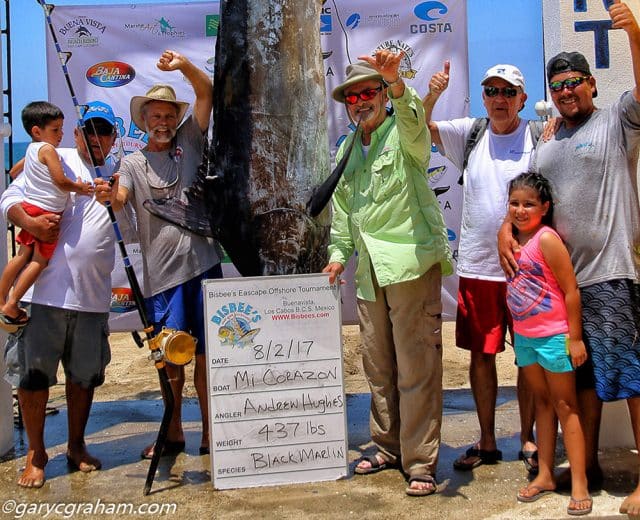 A 437-pound black marlin caught in the Bisbee’s East Cape Offshore Tournament (ECO) was worth more than a quarter million dollars to angler Andrew Hughes and his fish-fighting team.

Along with Hughes’ check for $258,683, eleven winners in various divisions plus jackpot dollars brought the total payout of the 2017 tournament to $590,375.

The winning marlin hit a trolled live skipjack approximately 5 miles off the local Punta Arena Lighthouse on the Sea of Cortez. 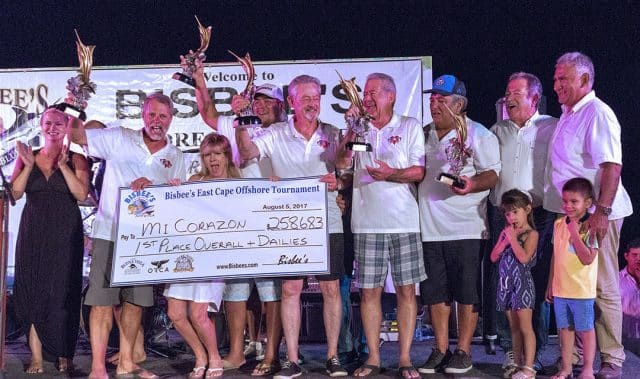 A 36-year California resident and owner of two roofing companies in the Los Angeles area, Hughes has been traveling to the East Cape region of the western Mexican peninsula for “about 30 years” to fish the Gulf of California aka Sea of Cortez.  The designated “East Cape” is some 50 miles north of Cabo San Lucas, dotted with fishing villages and hotel resorts.

Headquarters for the ECO tournament was the Hotel Buenavista Beach Resort, near the restaurants and shopping districts of Los Barriles.

A dedicated tournament angler, Hughes won a tuna and marlin competition in Puerto Vallarta less than a month ago.  Prizes for that victory included a new car and jackpot money.