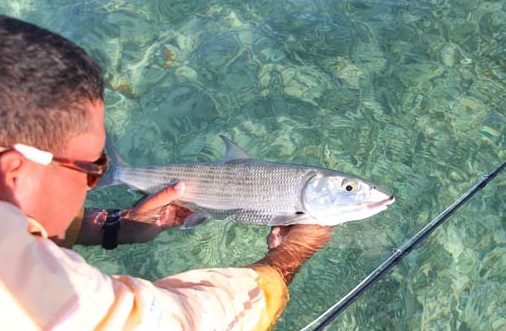 Florida Senators Bill Nelson and Marco Rubio recently showed their support and signed a joint letter expressing concern to Secretary of the Interior, Ken Salazar. In the letter, the Senators note that the proposed “marine reserve” as well as several “non-combustion zones” would halt fishing and boating in the area and substantially diminish the contribution boating and fishing make on Florida’s economy. NMMA estimates that the recreational boating industry in Florida accounts for over $4.8 billion dollars and more than 45,000 jobs.

The letter is yet another piece of a continuing discussion amongst members of Congress, National Park leadership, state officials and fishing and boating advocates. NMMA continues to work on this issue and was on hand for a April 27 oversight hearing by the House Committee on Natural Resources Subcommittee on National Parks, Forests and Public Lands titled “Access Denied: Turning Away Visitors to National Parks.”

The Park Service’s proposed plan for Biscayne National Park would close more than 10,500 acres of the park’s most popular and productive fishing areas.

The Fishery Management Plan Stakeholder Working Group and the Florida Fish and Wildlife Conservation Commission (FWC) have provided detailed recommendations to the National Park Service that include less restrictive management tools. These tools, backed by sound science, can rebuild the park’s fisheries resources and protect habitat. NMMA, along with its boating and fishing coalition partners, urges the National Park Service to reconsider a marine reserve for Biscayne National Park, and instead address this option, along with several other less restrictive management tools in collaboration with FWC in a Fisheries Management Plan.

NMMA President Thom Dammrich says, “Boating and fishing in our National Parks is an American pastime and access to these waterways is essential to the public’s ability to enjoy these natural treasures. Boating and fishing are an essential part of Florida’s economy and a major contributor to encouraging the community to enjoy the outdoors. NMMA will continue to work towards a solution with the National Park Service on this important issue.”