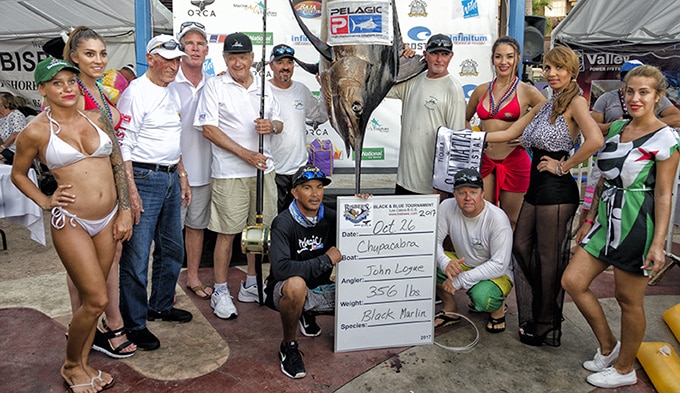 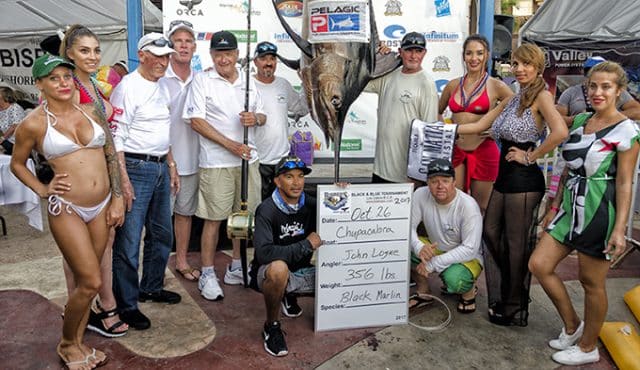 Seven belly-buster marlin were weighed in on Day Two [10/26/17] of the 37th Annual Bisbee Black & Blue tournament(Bisbee tournament) in this, the acknowledged Sportfishing Capital of the World.

Some 120 teams from around the globe are competing in the three-day piscatorial party in boats ranging from family-size cruisers to mega-yachts.

Day Two in the competition included:

·       Blake Stampler, Scottsdale, Ariz., and 84-year-old Don Logue from Payson, Ariz., on the sportfisher Chupacabra each had a qualifying fish – a blue and a black marlin – including a 326-pounder.

“Seven qualifiers in one day alone is electrifying; two on one boat and two different species is unusual plus a last minute hookup sure made the hump day of the richest Bisbee tournament on the planet one for the books,” Tournament Director Wayne Bisbee marveled.