The most basic rule to successful fishing is simply “find the birds and you’ll find the fish.” And while that is often true, if you don’t know what you’re doing, you may very well find the fish but not get a single bite. It has happened to all of us at one point or another. You run up on a huge mass of birds just as they turn off, stop feeding and start floating on the surface. Or, you arrive right as the melee gets going and the entire crew fires out a range of perfect casts right into the middle of the action, yet only one person hooks up. More often than not, you haul ass over to the bait and as soon as you get within range, they go down and decide to move right back to the place you were just at.

Run-and-gun bird school fishing is always a game of cat and mouse. So what went wrong? 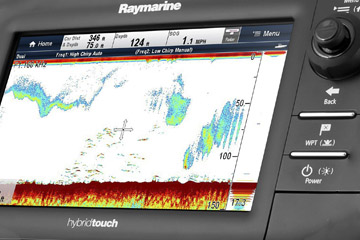 Part of the answer has to do with the amount of fish that you just ran over. As you blast toward the center of the action, keying in on the diving birds, you will inadvertently go over some fish. While you’ll never know for certain how many fish you slid past, for each fish you actually see, there are several more swimming below the surface. Don’t waste the opportunity to locate more fish, and increase you chances at hooking up. If you play your cards right, every time to intercept the birds you should score a double or triple hookup. Make the most of the action by following these 10 tips next time you run-and-gun to get into the action.

1. When bird school fishing slow the boat down to a crawl at least 75 yards from where the birds are diving. This is the most common-sense rule, but it’s also the one rule most guys break. Don’t let the adrenaline and thrill of the moment get the best of you. Slow down as you approach the action and don’t spook the birds or break up the bait. You will also avoid a few fist fights. Nothing angers a crew more than having some yahoo zip up on their bait ball, ruining the fishing for everyone.

2. If you’re casting lures and baits, keep the boat on the edge of the foaming surface and send your lures into the action. This keeps the boat from disbursing the bait, and keeps the angler in the perfect casting spot. From here, you can also turn and chase down a fish if need be without destroying your chances of another hookup.

3. When trolling, work the leading edges of the birds. Don’t troll through the middle. Again, you want to keep the bait and the game fish concentrated in one area. The predatory fish push the bait up to the surface and often attack from below. Keep that in mind as you troll your jigs. Make zigzag turns so the jigs have a chance to drop in depth and go back to the surface.

4. While the action can disappear and reappear at any given time, try to figure out which way the fish are moving and get in their path or up ahead of them. Bait will instinctively try to follow the current. 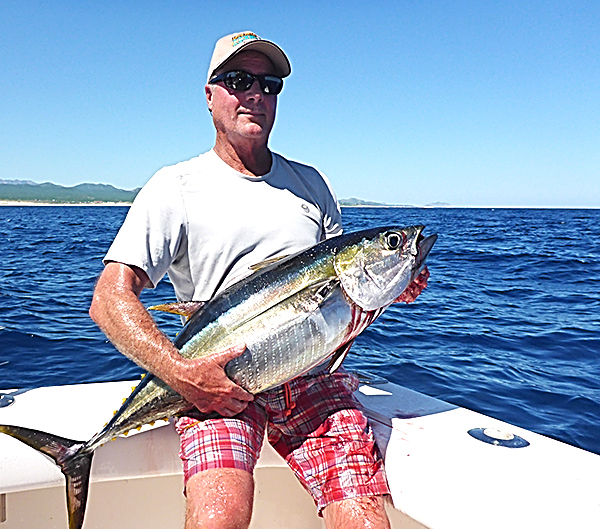 5. Work the bait as long as you can before alerting the cavalry. The more running and gunning you do, the more noticeable you’ll be. Nothing gives away your fast maneuvers like a big puff of diesel smoke. Keep it cool and catch a few on your own before you call in the troops.

6. Don’t scare off the birds. Another common-sense rule that’s often broken. Birds don’t like to have stuff thrown or fired at them… Would you?

7. Watch the bird behavior. If they’re floating on the surface and the water is littered with thousands of scales, you just missed the action. If the birds are holding steady above the surface, odds are they’re watching the bait and timing their next attack.

8. Don’t look like an idiot. If a few boats are working the edges of a pod of birds and you come in at full speed and don’t throttle back until you’re already halfway through the action, you deserve a beating. One bad boat can ruin it for everyone.

9. Match the hatch. While bird school fishing try to grab a few of the baits from the surface as it comes under the boat to hide, or investigate the stomachs of the fish you land to see what size lure and color you should switch to.

10. Time your move. A little patience always comes into play. Sometimes the bait breaks into two bodies which can drive a person nuts as you go back and forth from school to school.

Jason Hayashi
Jason Hayashi comes from a fishing family, with more than three generations of California fishing knowledge coursing through his veins. Jason fell in ...