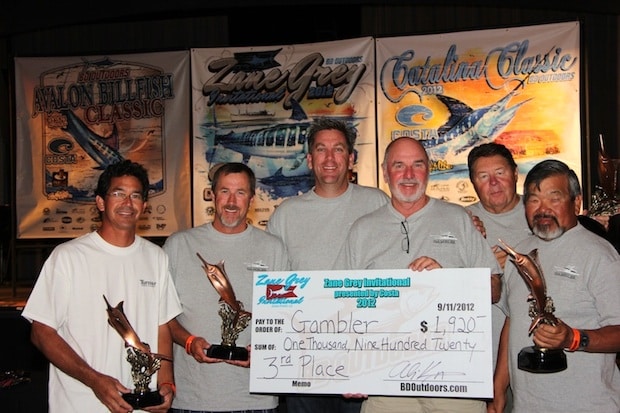 Before the sun set on first day of 2013, the Southern California sportfishing community lost one of its most respected and beloved leaders. During an annual celebration surrounded by his friends and family, Bill Hideo Miyagawa, Sr., President of Zuker Lures, succumbed to a massive heart attack. 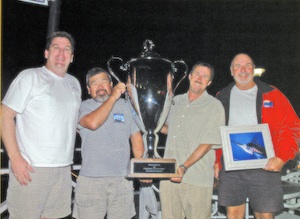 Son of Kiyoshi Miyagawa (95 years of age) and the late Mary Miyagawa, Bill Miyagawa, Sr. was born July 12, 1944, in a Japanese Relocation Camp in Northern California and grew up in East Los Angeles. He first began fishing in 1956 at the age of 12 out of Pierpoint Landing. Later, he became a cook on the sportfishing boats, Holiday and America.

After his marriage to Diana, he joined her family’s business, “Harbor Fish Market” in Oceanside, California, eventually assuming the responsibility for the family’s commercial fishing boats. He continued on in this position until 1981 when he joined Zuker’s Trolling Lure Manufacturing Business.

By 1984 he had become a focal point on the Gambler’s fishing crew and tournament team, which won the Catalina Gold Cup that same year. Over the years he enjoyed competing as one of the crew on Team Gambler and won numerous billfish tournaments.

In addition to pursuing his passion for the tournaments, Bill continued to find time to fish the iron for barracuda, yellowtail and white seabass with his ever-growing circle of fishing friends.

Bill was always a willing mentor when asked questions by other anglers. He was generous with his time and an asset to the fishing community. 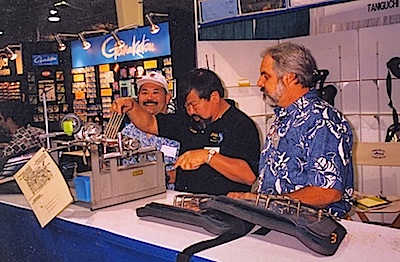 “The things I will always remember about Bill Miyagawa — his love and relationship with his family and the special bond that he and his son, Billy, had. He was ALWAYS smiling… even when something turned sour, he could shrug it off and turn it into a positive,” Capt. Steve Lassley wrote about the late Miyagawa.

While his interest in sportfishing was well known, he was also devoted to his church, volunteering often to cook at their events. Famous for his smoked fish, he also enjoyed cooking Yakisoba and fish tacos for friends and family at his home. In addition, he was an ardent supporter of local high school sports.

Miyagawa is survived by his wife Diana Dale Miyagawa who he married in 1969, his two children, Bill, Jr. and daughter Mieko, along with three grandchildren, his father, Kiyoshi, his brother, Donald and several nieces, nephews and extended family. His mother, Mary Miyagawa, sister Norma Diaz and brother Richard Miyagawa preceded him in death. 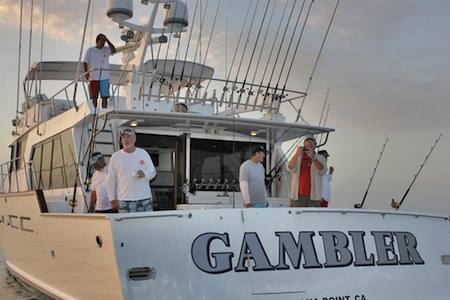 Friends and family will be welcomed from 4 to 7 p.m. on Friday, January 11, 2013 for an informal gathering (shorts and flip flops are encouraged) at the North Coast Church of Vista, California, located at 2405 N. Santa Fe Avenue, Vista, CA 92084. Ashes will be scattered at a later date.

In lieu of flowers, donations can be made to Friends of Rollo in Bill’s honor (rollokids.com) or a charity of your choice.