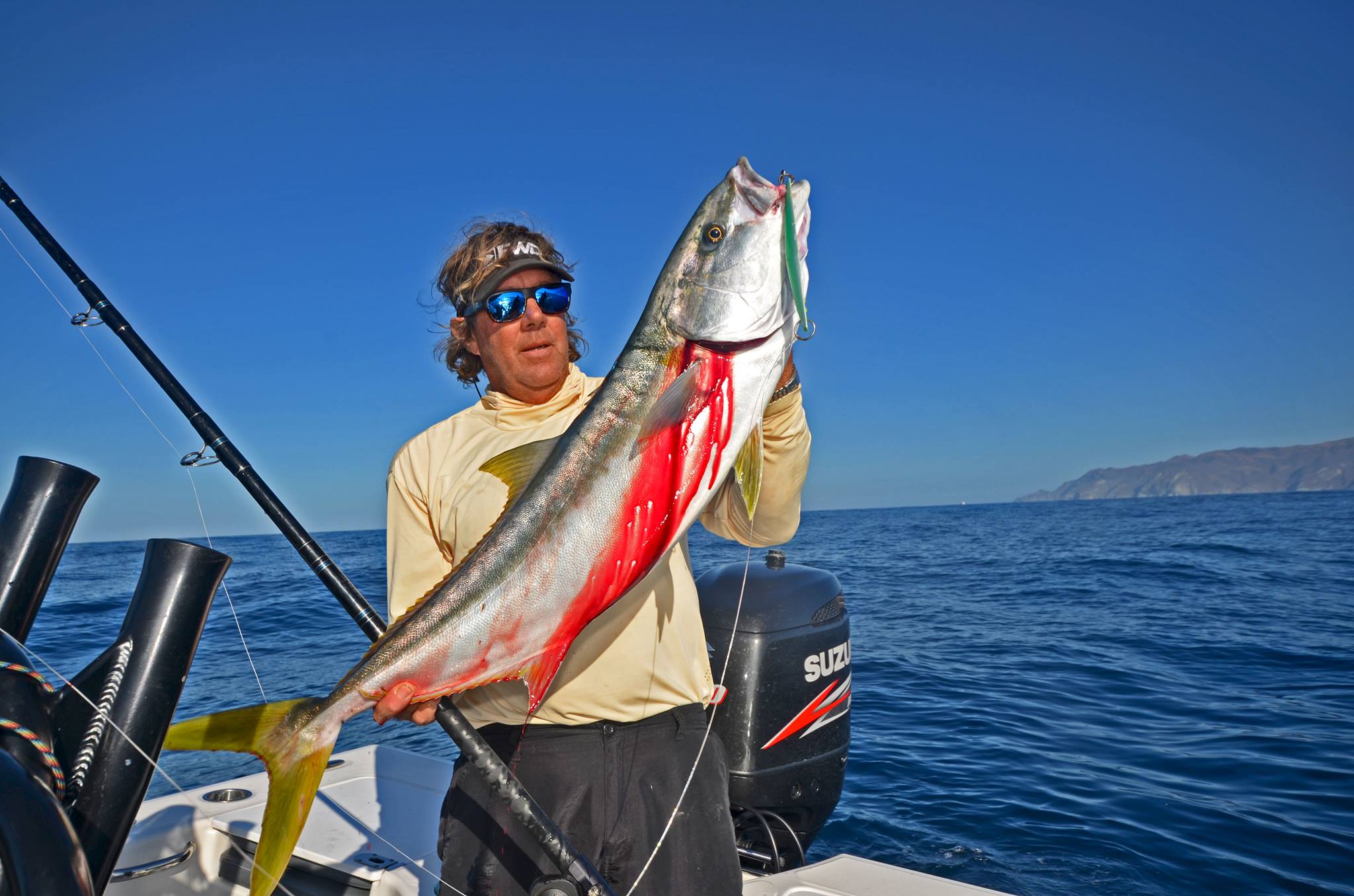 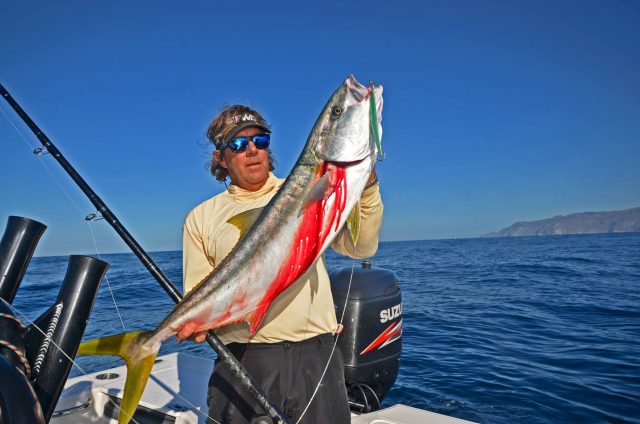 As expected, the big bluefin bite dried up again once we got off the new moon. The good news is that fish were found in a new area, much closer to home, before the bite dropped off, so there’s a good chance there will still be fish to catch as we come into the October full moon. There are no guarantees but if you want a shot at one of these trophy fish, I’d be looking at booking a trip a day or two before the full moon. There are still small yellowfin biting for boats out of San Diego but the action has been hit and miss. Boats that are finding the right schools are loading up but boats that aren’t finding the right schools are struggling. There’s also a good amount of yellowfin in Orange and LA County waters but you’re going to need to look around to find them. It seems like the farther north you go the bigger the fish get, with schools of 40 to 60-pound fish being found outside Catalina over the weekend. But the big news this week is the big yellowtail are biting at most of our islands. 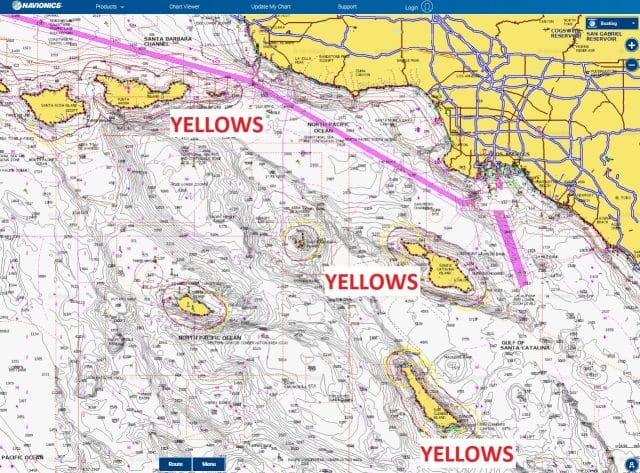 Starting up north, there are yellows being caught by boats fishing both Santa Cruz and Anacapa Islands.

These are mixed grade fish but there are plenty of bigger ones in the mix.

Several overnight boats out of LA and Orange County landings had good scores on 18 to 35-pound yellowtail on Wednesday. Top boats were the Freedom out of 22nd Street Landing and the Thunderbird out of Davey’s Locker. With this grade of fish, both boats lost quite a few fish while putting together their 80 and 90 fish scores. 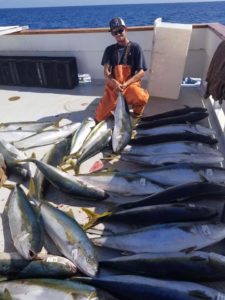 San Clemente Island continues to kick out steady fishing on quality yellowtail for the private boaters fishing the front side and backside east end of the island. These fish are being caught on live bait, yo-yo jigs and surface iron depending on where and when you’re fishing. Boats are also scoring the occasional school sized bluefin. If you’re planning to run to Clemente, you’ll want to check the island’s website first to make sure its open to fish. Private boaters and 3/4-day boats are also catching big yellowtail at Catalina Island. The bigger fish are biting on both the front and back sides of the island with this week’s hot spot being Farnsworth Bank. I fished the bank on Sunday and it was loaded with large and hard to land yellowtail. You can read my full report here.

If you’re planing a trip to go out and target the big yellowtail at any of these islands, I’d recommend bringing at least 40# test and if you fish spectra, I’d go up to 65# or 80# braid with a 60 or 80# fluorocarbon leader for fishing the surface or yo-yo iron. 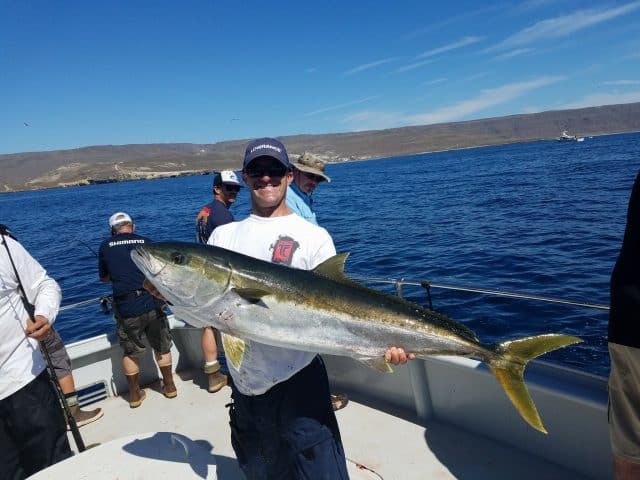 We’ve got good weather in the forecast this weekend so get out there and give these big yellows a shot while they’re biting. Winter is just around the corner and with a La Nina predicted for later this year we’re not likely to have the year round action on exotics that we’ve gotten used to over the last few years.