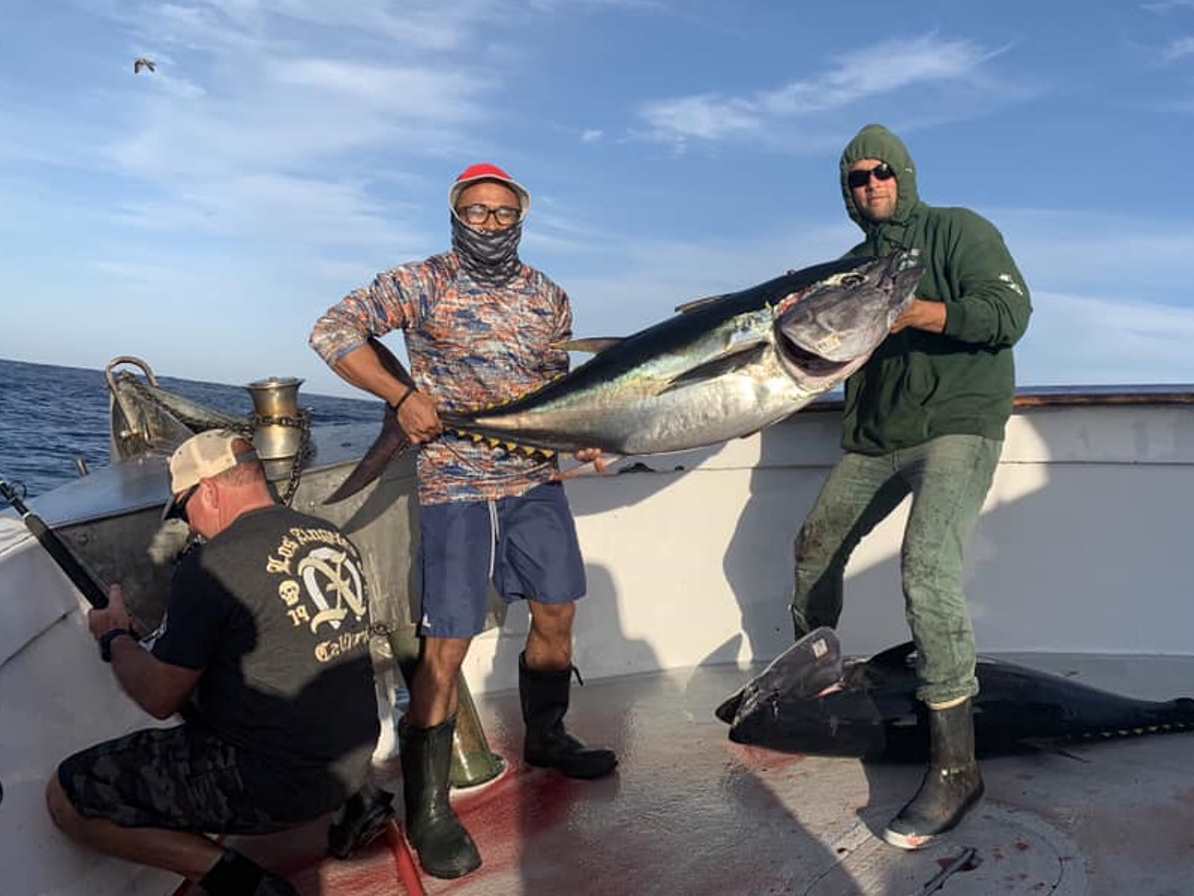 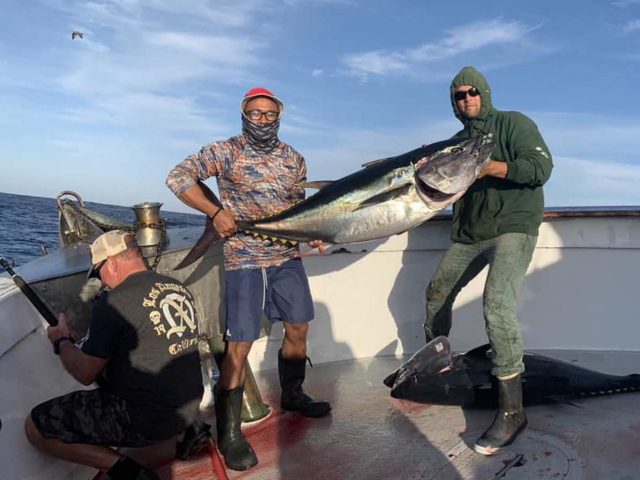 It’s gotten hard to keep accurate track over the last few crazy years, so I may be wrong but this weekend’s trips aboard the New Lo-An and Pacific Dawn may have been the best 1 1/2-day scores ever. On a trip that returned on October 29th, the Pacific Dawn docked with 17 bluefin over 200-pounds in the hold, the biggest weighing in at 265-pounds. The most remarkable thing about the trip? Every single passenger landed a fish over 200-pounds! You can read a full report of that amazing trip here. 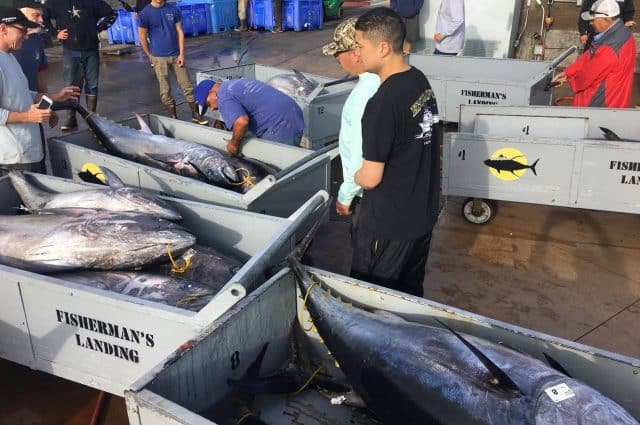 When you’ve got dock carts loads that look like a boat just got back from Hurricane Bank, I’d say that the local fishing is pretty damned good. The weather slowed things down a little bit during the week but the Aztec still managed 10 fish from 100 to 291-pounds on Tuesday. The good news is that there is calm weather in the outer banks forecast this weekend and there are lots of boats with trip online so get out there if you want a shot at a jumbo. 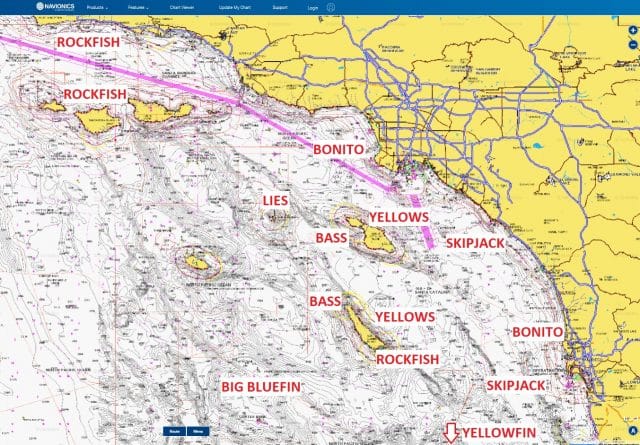 As you can see on the Navionics Chart, there are plenty of fishing options for those not interested in big bluefin. Rockfish continues to be the name of the game for sport boats fishing out of Santa Barbara and Ventura Counties but there are bass to be caught along the coast and at the island for those private boaters interested in targeting them. I know of at least one boat that fished the dirt clod this week and their lack of success proves that last week’s report of “good fishing” was in fact a lie, likely spread by the same sour fishermen who sucked me back into bass fishing at San Clemente Island two weeks in a row even though I knew it wasn’t biting. I’m going to return to boycotting the island in my reports until these shenanigans stop. 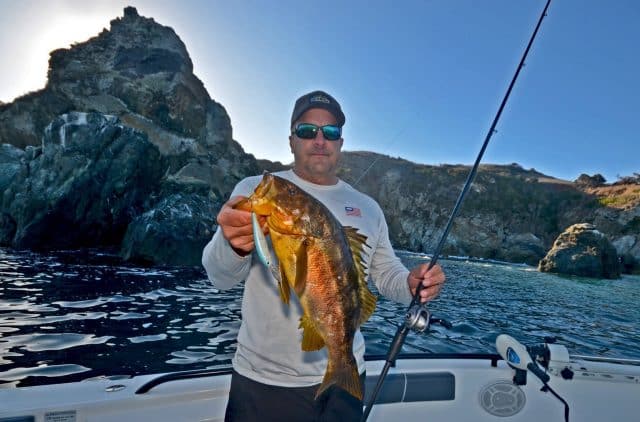 Speaking of islands, I fished Catalina on Saturday and had a good bass bite, saw lots of bonito and even watched a buddy catch a yellowtail, you can read my full report here. The weather looks good for a Catalina run this weekend and I’ll likely head back for round two (or is it three?) on Saturday. If you’re heading over and want a shot at catching a yellow, you should probably bring some extra cash because you’re going to need to buy squid from one of the light boats. I’m not sure where they’ll be this weekend but there was one at the Isthmus last week and the yellows were biting right next to where he was selling bait. 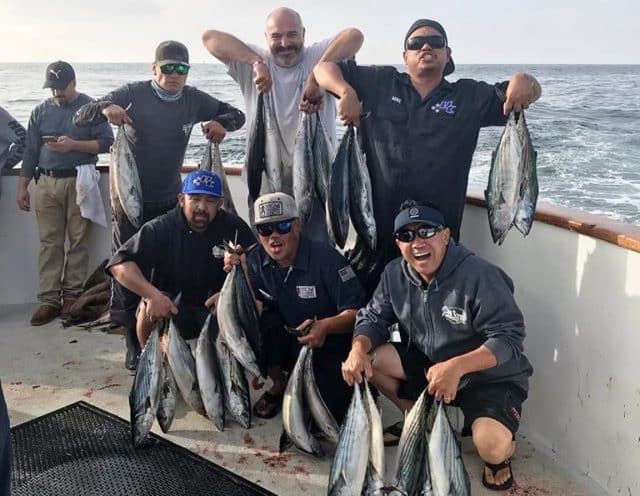 The bonito bite is pretty much as good as it gets right now in the Santa Monica Bay and the 1/2 and 3/4-day boats are getting easy limits almost every trip. There are bonito spread from there to the Mexican border but the bite in the bay is by far the most consistent. An interesting twist to this semi-offshore fishing report is that there are big schools of skipjack biting along the beach off Newport Beach and down through Dana Point. On Wednesday the Sum Fun out of Dana Wharf landed 42 of them for 22 anglers.

Private boaters planning to target the bonito or skipjack should bring plenty of ice because getting both these fish chilled down quickly is the key to ending up with quality table fare. If you’ve never eaten skipjack, it’s best enjoyed raw and makes fantastic poke. If you’re looking for some tuna to throw on the grill, the yellowfin are still biting below Ensenada but it sounds like the schools are thinning out enough that its no longer a guarantee that boats are going to find biting schools. But what the heck, it is November after all and we should be appreciating any tuna we can find.