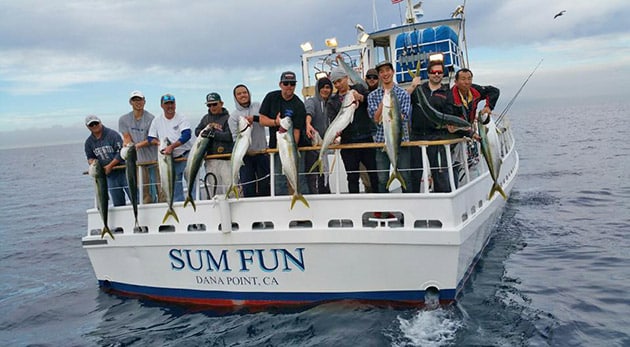 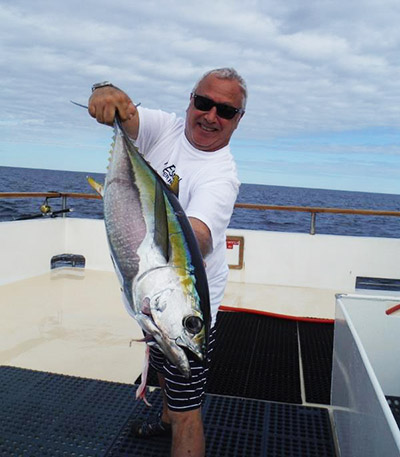 This being the middle of January, you’d think that the bluefin tuna bite at Cortes Bank would be the big news this week. If not that, then it would certainly be the yellowfin tuna that the Intrepid caught within 200-miles of San Diego.

But the big news this week, as it was last week, and will probably be next week is the jumbo yellowtail that are biting along the coast. 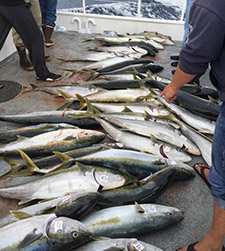 This week’s yellowtail hot spot has been the deep water off Box Canyon. There’s been a large influx of red crabs into the zone and they’re driving the yellowtail crazy. I fished the area on Saturday and there were big schools of yellowtail cruising around in 250 to 300-feet of water and if you could get on the right one it was game on.

The bad part about this bite for private boaters is that it’s tough to find these deep water schools without sonar and if you do find one that’s moving it’s almost impossible to stay on top of it. Some guys are getting lucky and picking off a fish or two while making long drifts, some of the guys are following around the sport boats and pulling up next to them when they find a school (not recommended). Everyone seems to be getting along so far, but if don’t like crowds, I’d suggest staying away from this bite. 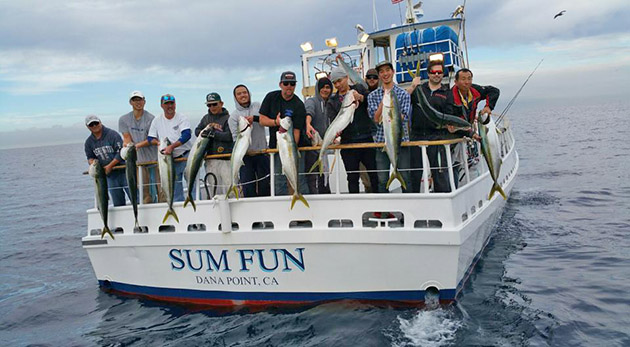 Having seen first hand how that bite is working, I wouldn’t take my boat back down there. Instead I’d jump on the Sum Fun out of Dana Wharf. This boat has been on the fish every day for the last week and it’s a lot more fun to sip a beer and eat a burger while waiting for the captain to find the fish than it is to play bumper boats with a bunch of other skiffs. 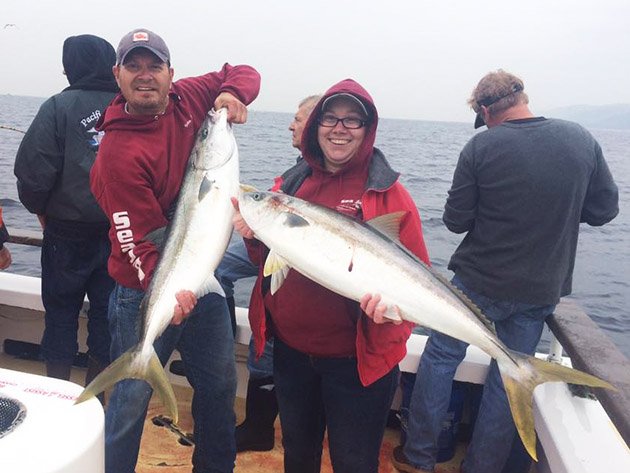 Another bite that’s kicked back into gear is the county line yellowtail zone in Ventura.

I haven’t been able to confirm that there are red crabs in that area but based on the reports of fish up and biting on the surface in deep water, I’d venture a guess that those fish are on crab as well. There is a lot of potentially fishy water between Dana Point and Ventura, so it might be worth your while to take a look at any of the deeper-water spots that have kicked out yellows over the last few months. Bunches of sea gulls sitting on the water and then getting up and hop scotching around and picking at the water is a good indicator of red crab activity, so if you see that you might want to start looking for yellowtail marks. 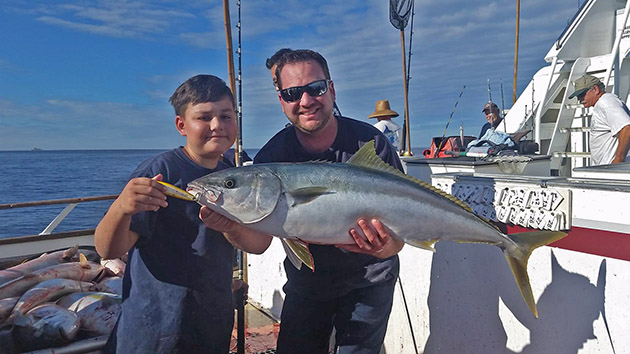 The San Diego out of Seaforth Landing has been fishing the Coronado Islands and on Wednesday got limits of yellowtail in the 10-pound class. While these obviously aren’t the same grade of fish as have been biting on the coast, their up and biting the surface iron, which in my opinion is more fun than yo-yo fishing in 300-feet of water. If you want to catch big fish in deep water, there are still yellows biting out in front of La Jolla. 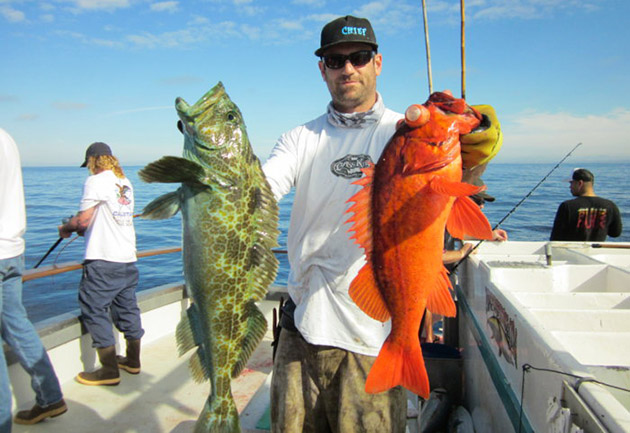 The trips that ran down to Colonett over the weekend absolutely destroyed the big yellowtail. The Eclipse reported limits of yellowtail to 30-pounds and close to limits of big rockfish and lings. There are quite a few boats online to make the run down there this weekend and with good weather in the forecast, I’d recommend jumping on a trip. 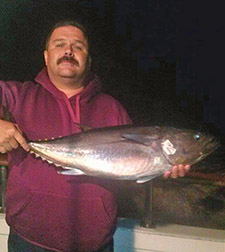 As I mentioned earlier, the bluefin tuna are still biting at Cortes Bank and the Tribute was the high boat over the weekend with 66 fish. These fish are still acting finicky, so you’re going to need to bring light line and small hooks if you want to get bit. It sounds like 20-pound fluorocarbon with a light wire hook was the hot ticket last week. If you’re interested in giving the bank a try, the Thunderbird out of Davey’s Locker has a trip online for Friday night and Saturday.

Here is the weekend’s weather forecast from Chris Dunn, the Fishing Weatherman