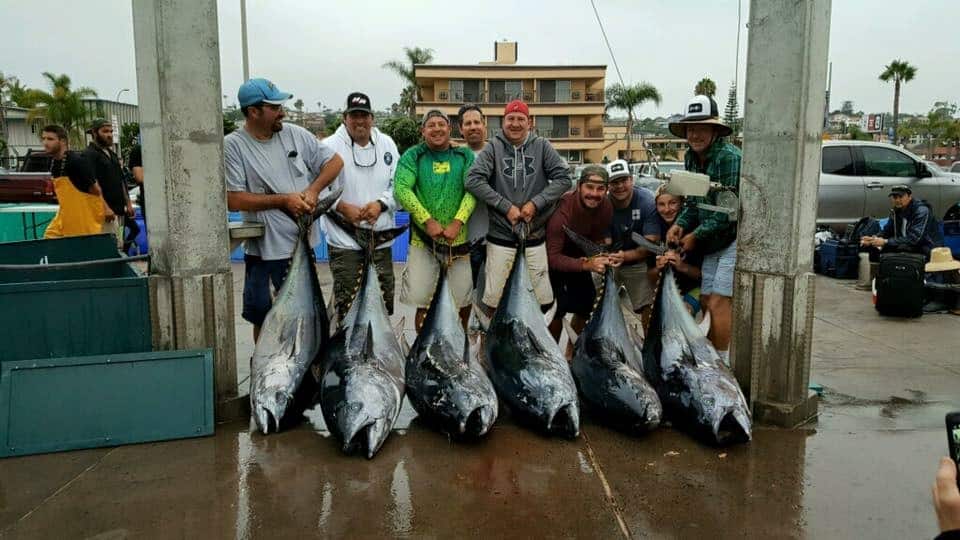 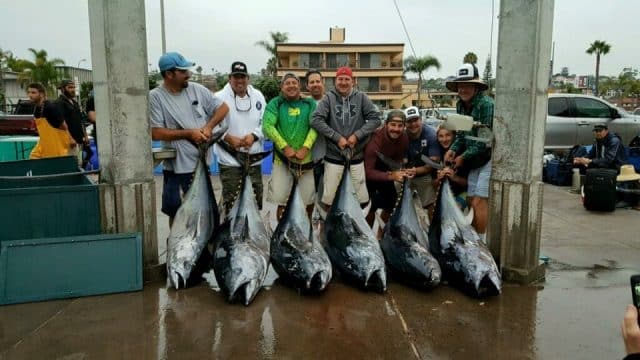 This year being what it is, I’ll be starting my column off with the obligatory, “the big bluefin are still biting” statement, but this week I’m going to shift my focus to other fisheries. Before I do so, let me repeat; the big bluefin are still biting if you go on a boat that’s targeting them. Boats like the Pacific Queen, the New Lo-An and the Success have been fishing them regularly. The photo above show the fish the Success caught on a recent trip, they had five over 200-pounds. If you’re willing to shell out a few more bucks to get a better shot at one of these fish contact one of the many four and six pack boats that are running big tuna trips. Brandon Hayward is also offering open party four-pack trips but spots are very limited so you’d better get on it quick. 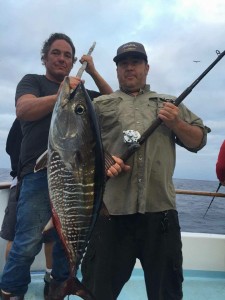 In non-giant tuna fishing news, there are some yellowfin being caught by San Diego overnight boats but the tuna fishing is pretty slow by even normal standards and would be considered non-existent by the standards set the last couple years. The good news for anglers, the boats that are making it off the docks are also catching some nice sized yellowtail and dorado on the kelp paddies in the non-biting tuna zone.

Lots of people are blaming the lack of tuna on purse seiner pressure, but that’s not completely accurate. Yes, the Mexican purse seine fleet put the hammer down on the schools of yellowfin on the banks just below the border, but in a normal year there would be more fish to fill in right behind the fish that were caught. This year we are lacking the steady stream of new fish we’ve seen the last couple of years. I know that everyone wants to blame commercial fishing pressure for the lack of fish, but I think it’s just a weird year and the yellowfin migration pattern changed, just like the pattern change that brought the 200-pound tuna within 20 miles of Dana Point. There really is no precedent for this and there’s no way to know what the offshore scene has in store for us a week from now.

The picture of the small tuna above doesn’t come from San Diego, it comes from the Thunderbird out of Davey’s Locker in Newport who has been catching bluefin on the anchor at San Clemente Island this week. These fish are the same line shy, small bait eating, hard fighting tuna that used to be commonplace at both Clemente and Catalina Island in the mid 80’s so it will be interesting to see if they stick around for a while.

The bad news is that the sea lions are so bad at Clemente right now that the Thunderbird had to leave the tuna biting to avoid turning them all into dog food. 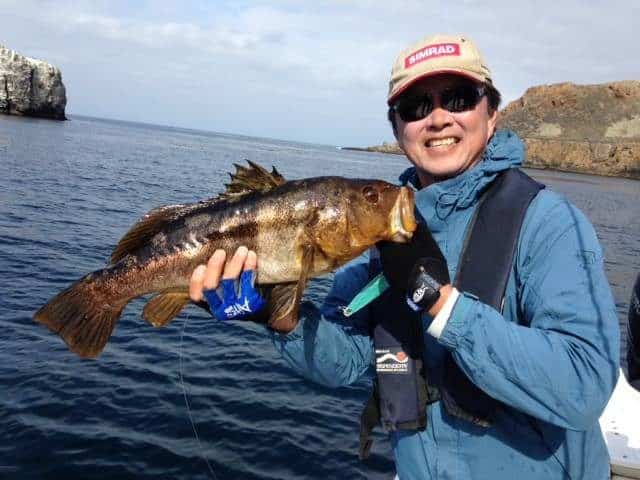 Captain Gerry Mahieu took a break from his offshore charter schedule to fish calicos at San Clemente Island and reported excellent big bass fishing on a variety of baits, including weedless swimbaits and surface iron. There are also some yellowtail scattered around the island. There are two size grades at the island so if you head over and find your on the little guys I’d stop fishing and keep looking for that 15 + pound grade of fish that’s around. 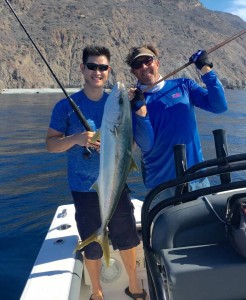 The yellowtail are also biting well for boats fishing Catalina Island. There is a lot of that micro yellowtail scattered around the front side of the island with most of those fish being shy of three pounds. The good news is that there are some bigger fish to be caught in other areas. I spoke with Captain Jimmy Decker who fished the island on Wednesday and he reported catching a few good grade yellows on the east end of the island in the morning. Once that area dried up he looked around the island but could only find smaller yellows so he went bass fishing and reported them to be biting full speed. The 3/4-day sport boats have been reporting good fishing at Catalina as well. Some of the boats have been finding the schools of bigger yellows and have been putting together scores on fish to 30-pounds, but that’s the exception not the rule. 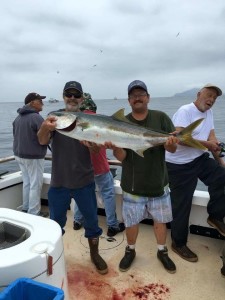 The yellowtail are also biting at all of the other islands in Southern California. Starting down south, the Coronados have been hit and miss this week but have occasionally been kicking out some good scores for the 3/4-day boats fishing there. Captains report dealing with dirty water and conditions that are changing on a daily basis but there are plenty of fish down there and if things straighten out, the fishing could get really good.

The yellowtail are also biting well for the boats fishing the Channel Islands. There have been some big scores up there this week on what I would classify as medium grade yellowtail, if the ones at Catalina are considered small. There are also some bigger yellowtail starting to bite up there, like this one caught aboard the Island Tak, but it seems like the bigger fish are the exception here as well.