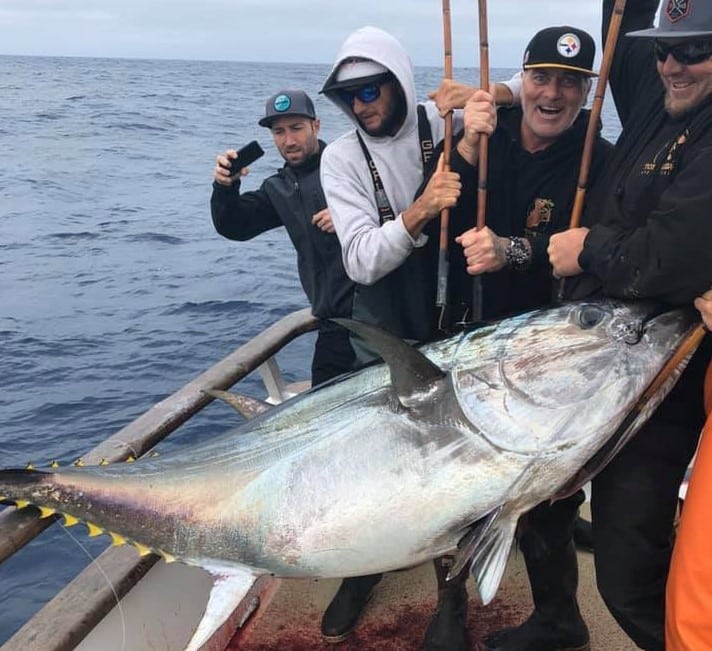 The big bluefin are back in the news this week as they pushed up against San Clemente Island during the new moon. Not being a big bluefin fisherman, I don’t personally care where these fish go when they leave the backside of Clemente, but judging by the fact that they seem to be regularly coming back en masse and in sync with the lunar cycle, I’d guess that they aren’t going all that far. All of that being said, I’m surprised that the guys who do regularly fish them haven’t gotten together to do an organized search to find out where they go when they leave the island. The search may turn out to be fruitless but in my opinion it beats dragging expensive flying fish around from a kite in completely dead water, which seems what a lot of guys do when the tuna go wherever it is they go. Sorry for getting so far off track this early in my report. Now back to my regularly schedule programming, “Yay! The big bluefin are biting again.” 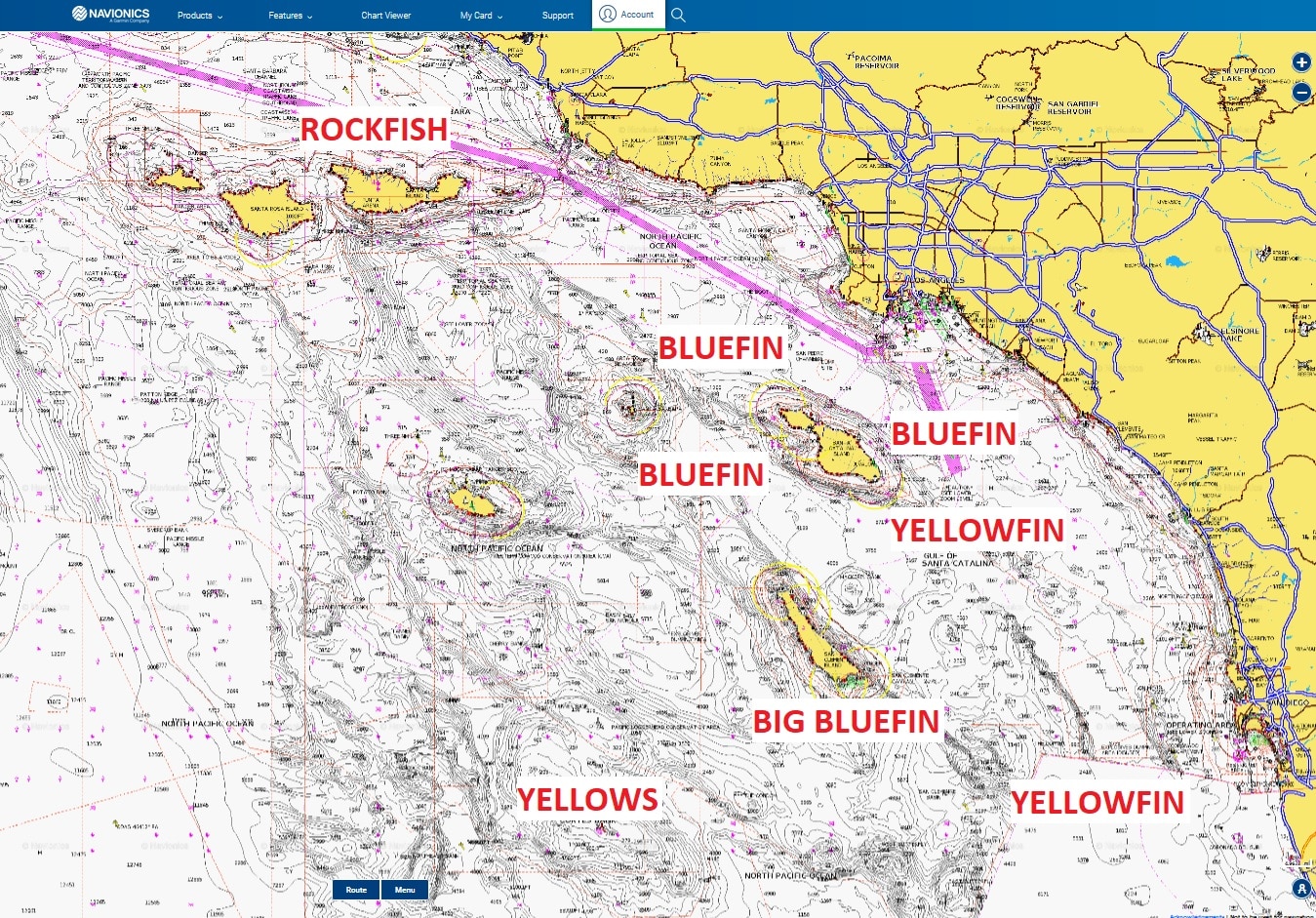 If you aren’t interested in getting your butt kicked by a high 200 to 300-plus pound bluefin, there are plenty of more user friendly sized fish around. Boats have been getting good scores on the sub 100-pound bluefin around and below San Clemente Island and there have been schools scattered all over the place. In fact, there are enough scattered fish around that if you were to run out of any marina from Long Beach to San Diego and point your bow at any of the islands below San Nicholas, you’ve got at least a slight chance of running into some tuna along the way. But don’t get too excited, the vast majority of the fish being seen aren’t biting. Your best chance at getting a bluefin to bite is still around the late morning or afternoon slack tides. 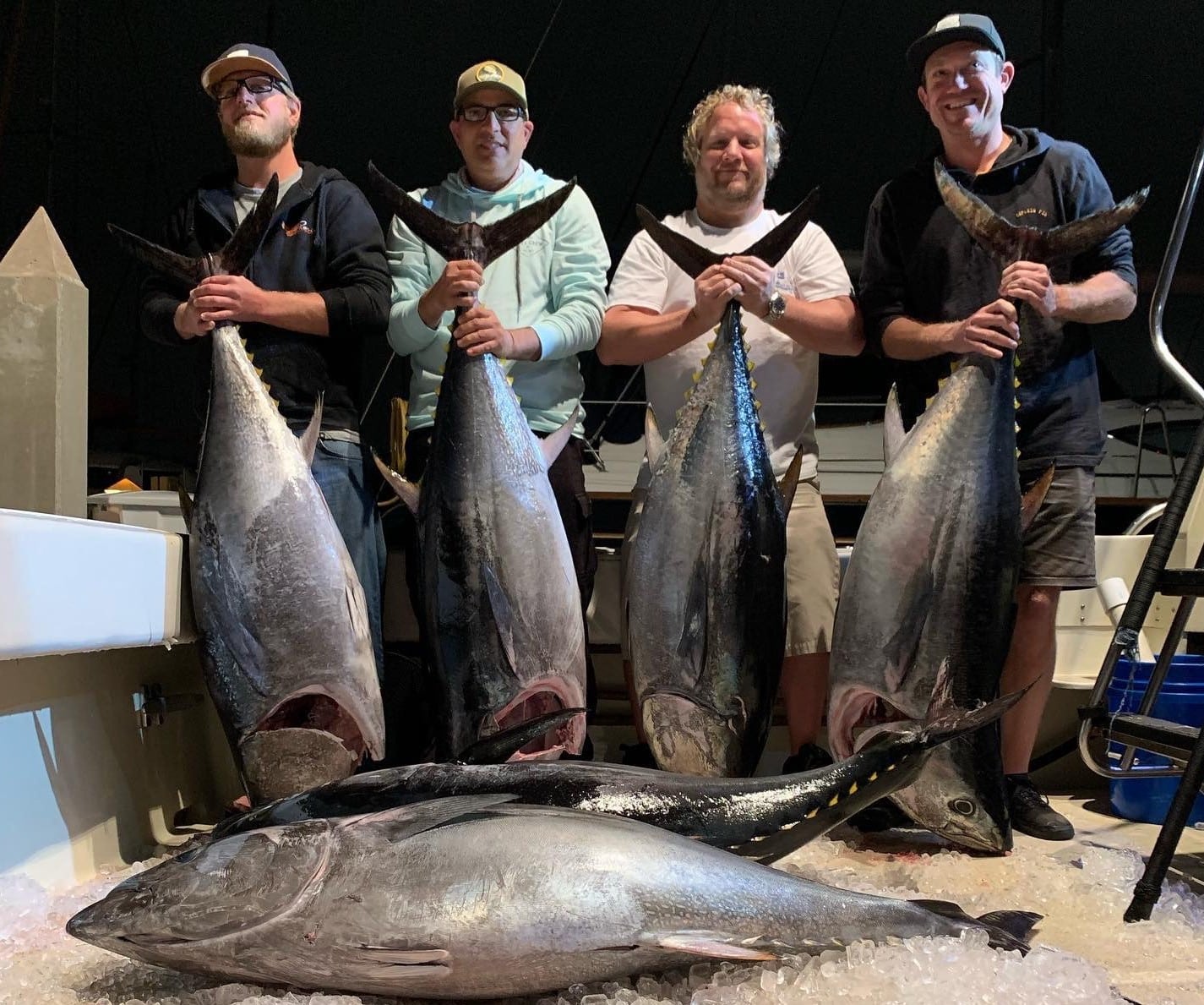 There hasn’t been a ton of coverage this week due to the horrific Santa Ana winds we’ve had. Decker didn’t even make it out to catch his weekly Monday afternoon bluefin. While I’m sure his absence left the local tuna population feeling lonely, I’m sure that they’ll get plenty of company this weekend since we’ve got some good weather in the forecast. If you’re heading out and looking for bluefin or yellowfin, I’d focus my attention on trying to find bait and birds associated with the edge of the coastal shelf, the 500-fathom curve at any of the islands and the outer edges of one of the local banks. The fish have been associating with these particular areas all year and I doubt that’s going to change now. 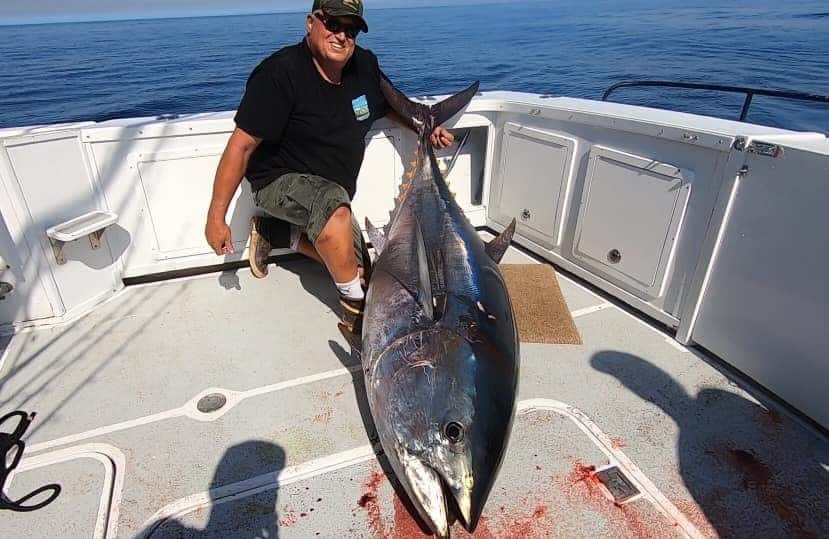 I’m going all bluefin tuna in my pictures this week but there are other fish biting as well. The yellows are still biting for the 3/4-day boats fishing Catalina, well the ones that don’t get distracted chasing tuna on their way to the island in the morning. The yellows are also still biting at the Cortes Bank and I wouldn’t be surprised if the boats fishing there started to catch a few bluefin as well. Back when us old guys had to run more than three miles off the beach to catch bluefin, Cortes and Tanner Banks were often the only game in town come late October and early November. 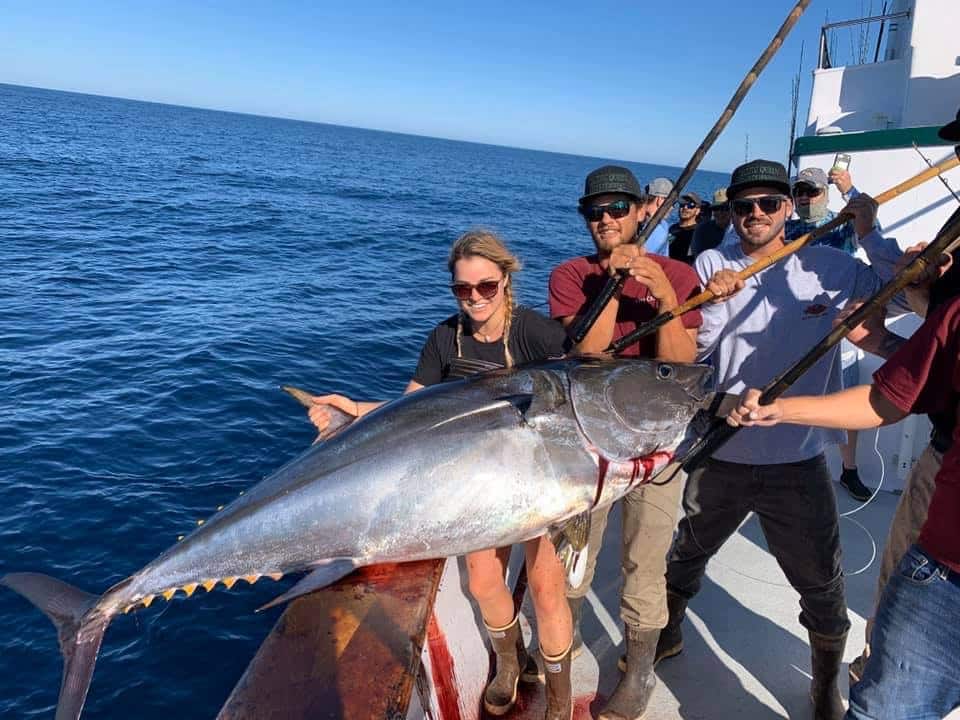 There are still plenty of yellowfin to be caught within full-day range of San Diego but the windy weather had things screwed up earlier this week. There are also yellowfin below Catalina Island and there are some bigger ones swimming around in between. If I were looking for yellowfin in US waters I’d look from the 277 down to the 181/182 ridge. I’m not basing that on any reports I’ve heard, just telling you where I’d go and look for them if I was heading out. Speaking of heading out, I’m going to be down in Mag Bay next week fishing marlin aboard the Bad Company and don’t plan on bringing my computer, so you guys are going to be on your own next weekend. Get out there and catch some fish!